Ghazi Khusraw Bey Mosque in Sarajevo, built in 1530 in the city of Sarajevo, is one of the most fascinating examples in the world of Ottoman architecture. It is located in the district of Becharshaya, and is one of the best places of tourism in Sarajevo 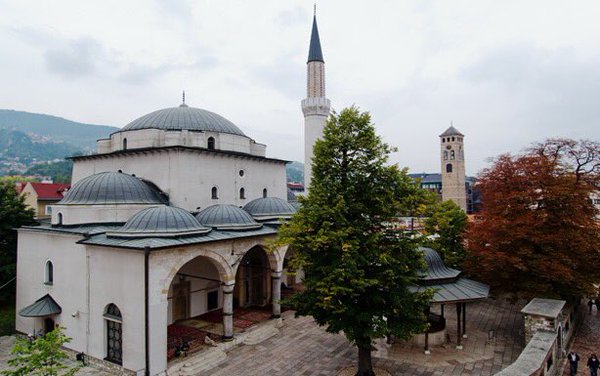 Best in the mosque of Ghazi Khusraw Beck Sarajevo

• You can see the wonderful decoration of the columns in the corners, at the mihrab and the dome, which rises to 26 meters, in addition to other multicolored decors. 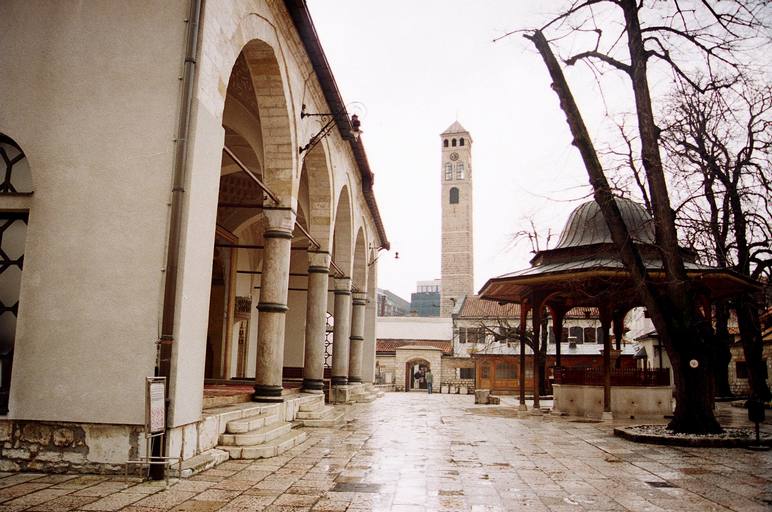 • You can also see the water fountain and the clock tower on the mosque’s campus, surrounded by a stone fence.
• One of the biggest advantages of this great mosque is that it is the first mosque in the world where electricity was used in 1898.

The best Sarajevo hotels near the Ghazi Khusraw Mosque in Sarajevo

4-star President Hotel Sarajevo, with a great rating among the best Sarajevo hotels, less than 10 minutes’ walk from the mosque.
Summary of Arab visitor ratings
The hotel got excellent reviews in all respects.

The Old Town is a 3-star hotel, with an excellent rating among the best Bosnian hotels in Sarajevo, less than 5 minutes’ walk from the mosque.
Summary of Arab visitor ratings
The hotel was rated excellent for the location, cleanliness, staff, and services.

Articles you may also be interested in in Sarajevo:

8 of the best recommended hotels in Sarajevo

The 5 best serviced apartments in Sarajevo are recommended

10 best places to visit in Sarajevo

The best 4 halal restaurants in Sarajevo

The 4 best shopping spots in Sarajevo