The 4 best Marrakech palaces we recommend you visit

Marrakech is one of the most important cities of Moroccan antique and upscale tourism, which includes a number of ideal attractions for families, marital holidays and recreational holidays such as traditional baths, recreational parks, beaches and glacier mountains, museums and ancient palaces.
During the article, we offer you a short tour of the most beautiful palaces of Marrakech, which is recommended to visit when tourism in Marrakech, Morocco. 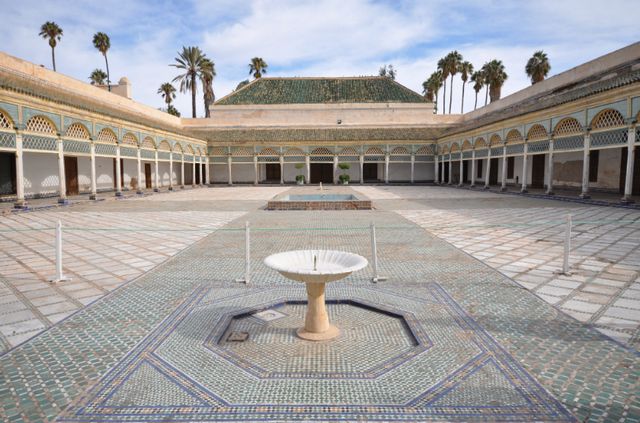 The Moroccan city of Marrakech includes a number of the best hotels in Morocco and resorts that satisfy all the tastes of the guests and suit their different capabilities, and perhaps the best of them is what we chose for you through this report .. Read more 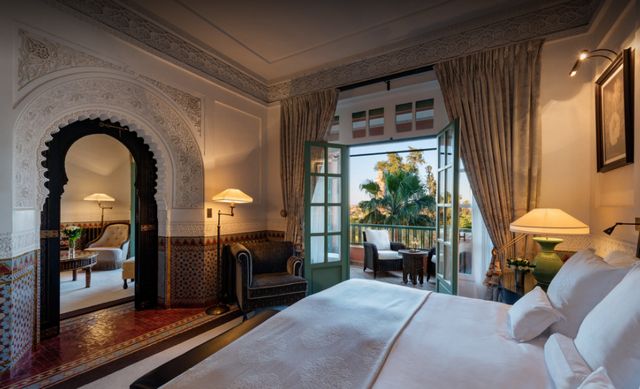 The most beautiful archaeological and historical palaces of Marrakech

The city of Marrakech includes a number of centuries-old historical palaces that have turned into tourist attractions, museums and even fine hotels such as:

One of the most famous and ancient palaces of Marrakech, whose history dates back between the 19th and 20th centuries, whereby al-Hajeb and the Grand Minister Hammad took over the administration of the country during the reign of Sultan al-Hammadi, Moulay al-Hassan. And a backyard .. Read more 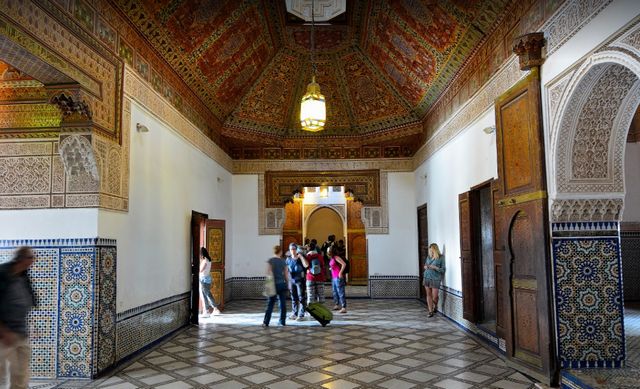 Among the palaces of Marrakech, which was considered by ancient historians to be one of the wonders of architecture and architecture during the 16th century. 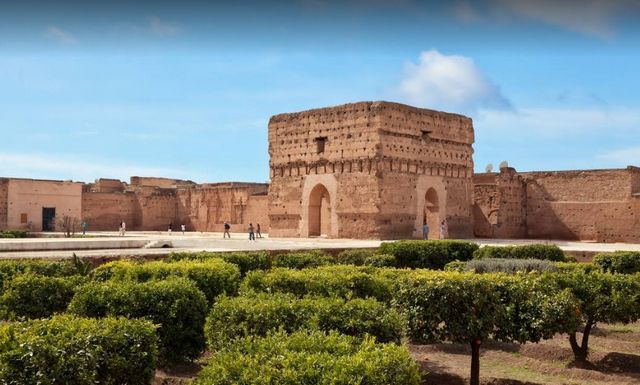 One of Marrakesh’s finest antique palaces dating back to the 19th century and bearing the name of its founder, Mahdi Al-Manbhi, Minister of Defense and Moroccan Ambassador during the reign of Sultan Moulay Abdel Aziz.
The palace is distinguished by its urban architectural style derived from authentic Moroccan culture and art, and its construction includes 4 spacious rooms that lead to an open courtyard adorned with ornate columns and carved with wonderful patterns, with the use of plaster and colored wood to decorate some corners of the palace wonderful architecture.
This is in addition to a traditional Moroccan bath, horse stable, and a circular square that previously housed the palace’s kitchens. 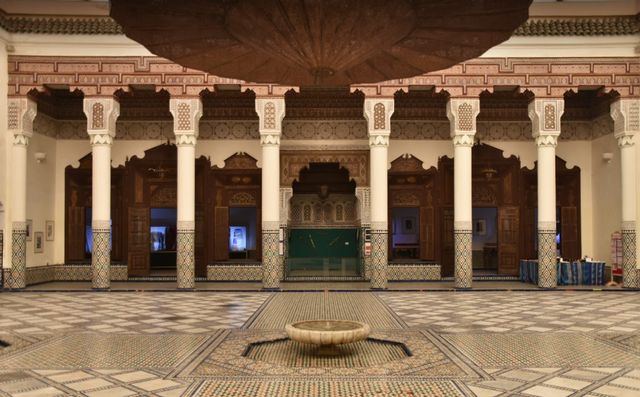 One of the legendary ancient palaces of Marrakech, where the date of its construction and building its accessories ranges between the period from the 12th century to the first quarter of the 20th century, with several developments, the last of which was in 2006.
In the twenties of the last century, during the period of the French colonization of Morocco, many proposals were made to build a legendary luxury hotel, with walls and gardens being an essential part of it, and these proposals came to light by building a prestigious one-storey hotel with about 50 rooms in 1925.
The hotel has gone through several developments over the years until it has become a 5-star hotel with an architectural mix of local and western culture, consisting of 4 floors, a casino and a spa.
La Mamounia is located on the old Bab Street, in the old town, opposite the Atlas Mountains and near Majorelle Gardens and the Kataeb Mosque. 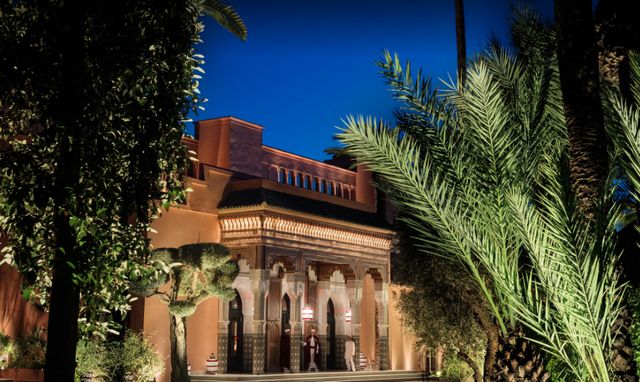 The best 4 Marrakesh malls we recommend to visit