The Agora Izmir Remnants Museum is one of the strangest museums that exist, which is located in the center of the Turkish city of Izmir in the open air, as it is a historical feel of the city of Izmir, especially as it dates back to the fourth century BC.
What distinguishes the remains of the Izmir Izmir as a museum is its presence in the open air, in a completely open area, and therefore it is considered one of the most archaeological areas that play an important role in tourism in Izmir.
The Agora Izmir Remains Museum is composed of 3 floors, built on Roman arches and columns around a large quad of marble.
The word Agora means the market, as the Izmir Museum was also a government place for political groups and people’s courts in the past, and it contains many statues and archaeological remains that indicate the nature of life in that period.

• From the beginning, you can enter and make a quick tour of the remains of the Agora Museum in Izmir to get to know the parts of the place that contains many interesting historical monuments, which will take in front of them some moments, contemplating the way they were made and their role at that time. 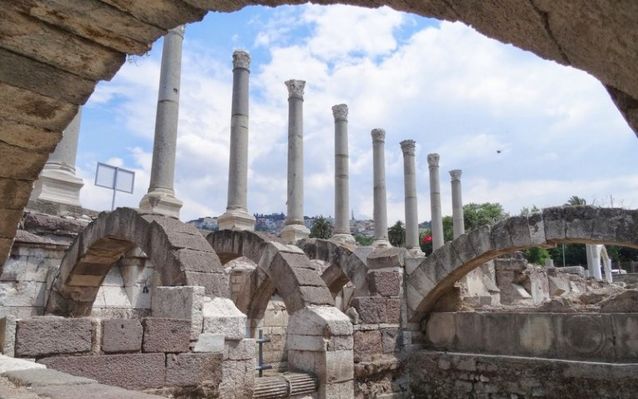 • You can find the collection of Poseidon and Demeter sculptures, which are the most visible artifacts in the Agora Open Air Museum. 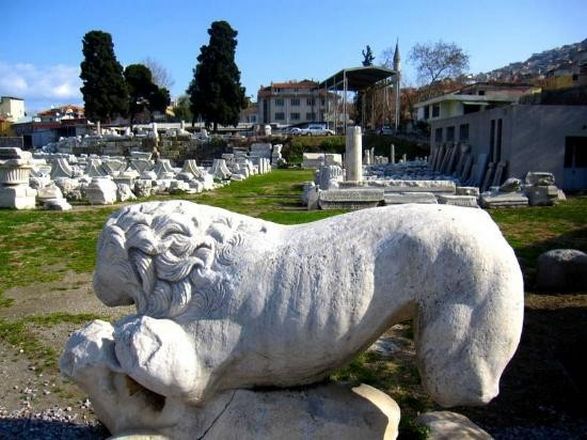 • Next, you can notice many writings and inscriptions on the museum walls, in addition to the sanitation parts of the city used during that period, in addition to many of the stone monuments that are still present. 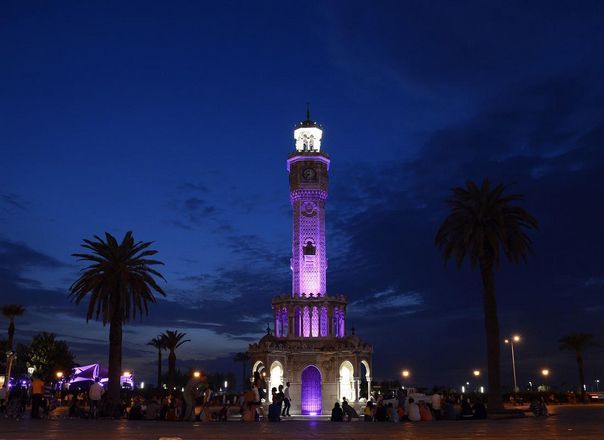 • If you feel hungry during this period, you can go out to eat in the neighborhood, where there are many restaurants with delicious meals. 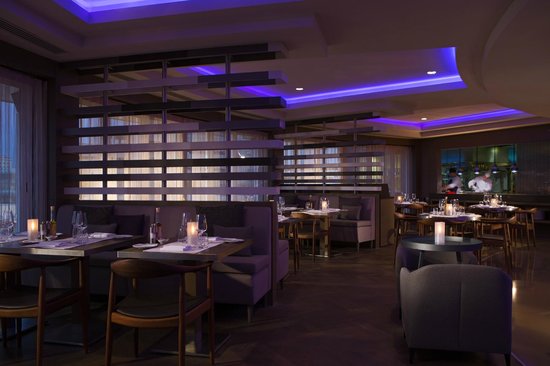 Finally, you can go to visit the Izmir Clock Tower, which is 8 minutes ‘drive and 13 minutes’ walk.

All days of the week from 8 in the morning until 5 in the evening.

Entrance fee to the museum is 10 Turkish liras.

The 4-star Yaela Hotel, one of the best hotels in Izmir, is a 13-minute walk from the museum.
Summary of Arab visitor ratings
It was rated very good in terms of comfort and cleanliness.

The 5-star Kay Hotel is just a 13-minute walk from the Agora Museum, and is one of the best hotels in Izmir.
Summary of Arab visitor ratings
Rated exceptional for location, cleanliness, comfort, staff, and breakfast.

The site of the Museum of the Agora Izmir site

Top 4 activities in the ancient city of Ephesus, Izmir