The old bridge in Mostar was built in 1566 on the River Nerefta by order of Sultan Suleiman the Magnificent.
The old bridge is distinguished by its magnificent view and charming view, and it is considered one of the most beautiful and important tourist places in Mostar
The bridge is now a landmark of the city of Mostar and is under the protection of UNESCO.

The best things to do on the old bridge in Mostar

• You can wander around the bridge and cross through it, enjoy its scenic views, great views and take some memorial photos. 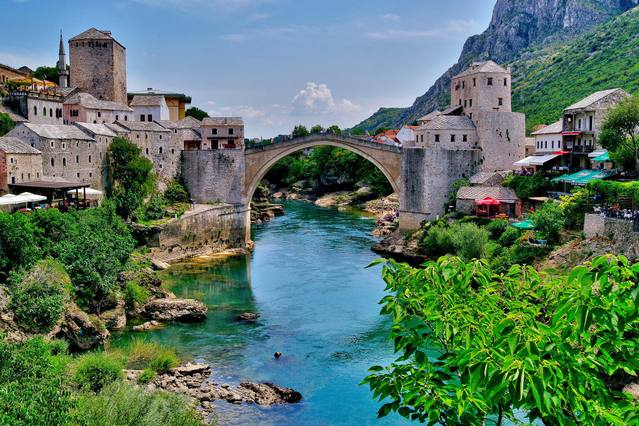 • Then you can visit the Bridge Museum, which is one of the most important museums in the city of Mostar and is located in the left tower of the bridge.
The museum consists of 3 sections, the first section displays the history of the bridge, and the second section contains many artifacts and small figures of the bridge, while the third section displays a video on the bridge and the process of its demolition and reconstruction throughout history. 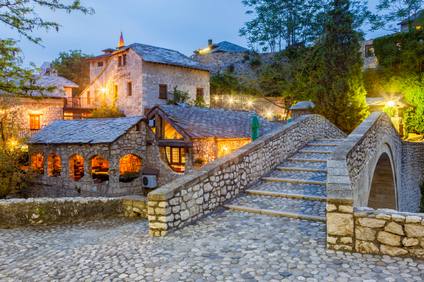 On the right side of the bridge, you can visit the War Photo Gallery, which is a photo taken during the war by journalists.
• After completing wandering around the bridge’s features, you can visit the old market, which is located on both sides of the river and connects between its two parts.
The market is distinguished by its architectural design mixed with Ottoman art, and souks, cigarettes, glass lamps, copper and many other shops abound in this market. 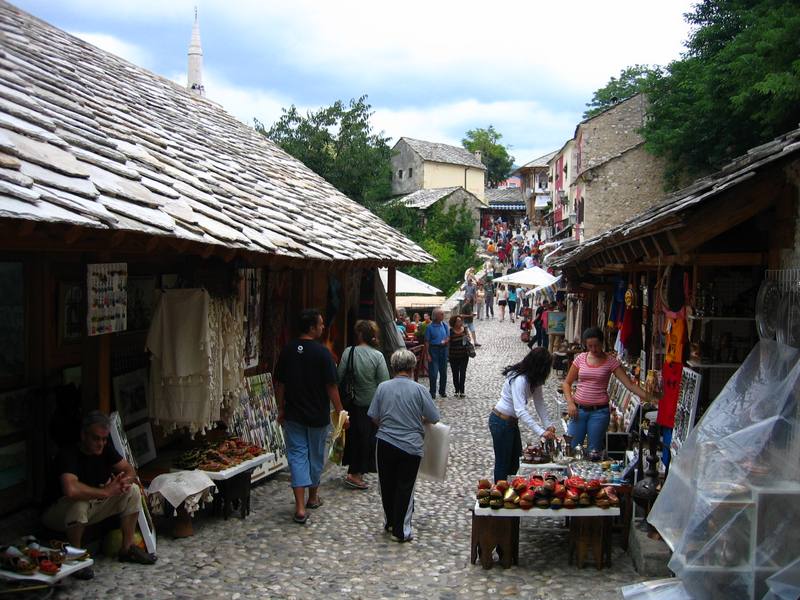 • You can also sit in one of the cafes adjacent to the bridge and enjoy the scenic views
In addition to getting some snacks and drinks. 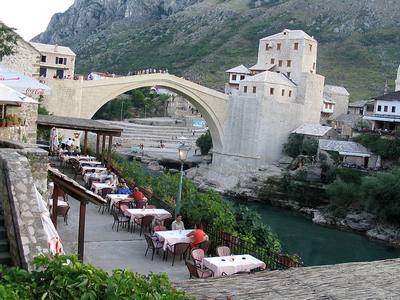 The best Mostar hotels are near the old bridge

4-star Crivia Cobria hotel, with an excellent rating among the best Mostar hotels, less than 5 minutes’ walk from the old bridge.
Summary of Arab visitor ratings
The hotel received excellent reviews for the location, services, cleanliness, view of some rooms.

The location of the old bridge in Mostar on Google Map

The best 4 places to visit in Mostar