Abu Dhabi is one of the most important tourism cities in the Emirates, where millions of tourists come to it every year for a variety of purposes, including visiting the tourist attractions scattered in them, such as parks, museums and mosques.
In this article, we will display a group of the best museums in Abu Dhabi that we recommend to visit when tourism in Abu Dhabi, with your support with maps that show the location of each museum and its working hours, as well as a guide showing the best tried and recommended hotels in Abu Dhabi.

Abu Dhabi city includes an infinite group of the best hotels in the Emirates, which may be difficult to choose the most appropriate among them because of the large number of options available in terms of prices and features, so we have prepared this comprehensive guide that includes the best hotels in Abu Dhabi selected and recommended to stay .. Read more 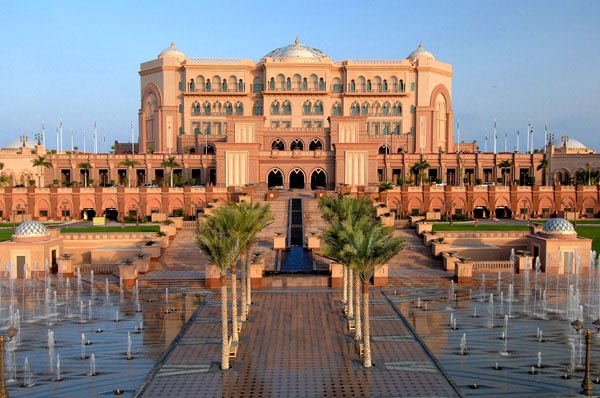 The best museums in Abu Dhabi

Museums are spread all over the city, so we picked out 5 of them and show them below.

One of the unique museums of Abu Dhabi, which is a product of Emirati-French cooperation, opened in 2007. It features an impressive architectural design in the form of a miniature city with low-rise white buildings, and includes local and international art pieces from the eastern and western cultures. You can walk around the museum’s many halls and see the pieces describing human life from prehistoric times to the present day .. Read more

One of the Abu Dhabi museums that specializes in displaying the history and heritage of the Emirati people with the sea, located near the Corniche in Saadiyat District, and it has a unique design in the form of a wind-driven sail.
The museum includes a large number of tools that were used in sailing and fishing throughout the ages and also contains an aquarium that includes many types of marine life found in the Emirates, such as different fish and coral reefs .. Read more

This museum specializes in displaying and introducing tourists in Abu Dhabi to the achievements of Sheikh Zayed bin Sultan Al Nahyan, who is considered the founder of the UAE in its modern form, and includes many possessions that describe the life of Sheikh Zayed in several ways.
The museum also contains a large library with thousands of books for interactive display. The museum is surrounded by green spaces in a scenic view, where you can enjoy wandering the area .. Read more

It is one of the best museums in Abu Dhabi, which has a special glow and represents a wonderful and unique opportunity for fans and enthusiasts in the field of cars, where they can see and photograph more than 200 classic cars of various brands, models and colors belonging to different periods of time and are equipped with paintings showing their age and the most important information about them.
Among the most famous holdings of the museum are American special service vehicles, four-wheel drive vehicles, Mercedes cars, giant trucks … Read more

It is one of the most important museums of Abu Dhabi to learn about the history of the birth of Abu Dhabi and the rest of the six Emirates and its inherent cultural heritage and how it has evolved into what it has now become sophisticated and civic.
The palace dating back to the 17th century was a former residence of the family of Sheikh Zayed Al Nahyan, founder of the United Arab Emirates in its modern phase, before it turned into a public museum open to the public whose four rooms and towers witnessed how the Emirates were managed for centuries .. Read more


Articles that may also interest you about tourist places in Abu Dhabi:

The best 40 places of tourism in Abu Dhabi

A list of 10 of the best recommended Abu Dhabi hotels