Rome is the capital of Italy and serves as the capital of the Lazio region in the Italian north, and it is one of the oldest cities in the world, and includes many tourist places in Italy.
The history of art and culture in the city dates back about 3000 years, and is famous for its ancient monuments such as the square and the Colosseum. The city of Rome also enjoys a Mediterranean climate characterized by cold winters with rare snowfall, and warm and dry summers.
The beaches of Rome are distinguished by the diversity of its sands and the waters there, some of them are charming white sand, and others are rocky, not to mention the waters of some clear, deep and turquoise.

Rome embraces amazing numbers of Italy hotels of all types and categories, which we have compiled for you in a comprehensive guide bearing the name of the best hotels in Rome .. Read more 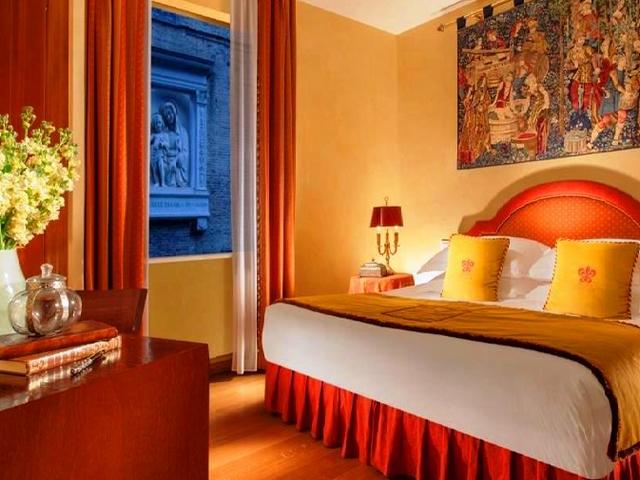 The best beaches of Rome

Rome is famous for its wonderful contrasting nature and distinct climate, and it contains several rivers and water basins surrounded by greenery with an amazing scene.
North of the city, many areas that include the best sandy and sandy beaches of Rome, which are among the most beautiful tourist attractions in Rome, we will now review a number of these wonderful beaches with its location and most important facilities.

The beach of Bazzano is located within the resort area of ​​Sperlonga, and the beach is currently considered a center for all lovers of sea water and sand.
Dancing and singing parties are held every weekend at this beach. It is distinguished by its turquoise water and surrounded by green, which makes it an amazing sight.

Everyday from 8 in the morning until 8:30 in the evening.

Serapo Beach is the main public beach of the Jitta region which is still laden with medieval atmosphere, and is characterized by its golden sand and clear water.
The beach is an important destination for tourists from inside and outside the country, as the mountains are bordered on many sides and distinguished by its clear waters, and it is one of the cleanest beaches in Italy.
Serapo Beach includes many of Rome’s luxury beach resorts with a length of 1.5 kilometers, so it is one of the most famous and visited beaches of Rome.

Sperlonga Beach is among the most popular destinations for VIPs, sea and nature lovers, and it is located a short distance from the high mountain of Circeo.
The beach can be described as low and sandy, surrounded on the one side by the transparent sea water, and on the opposite side, the narrow alleys and white houses of the city of Rome.
Along the coast, the remains of Villa de Tiberio, one of Rome’s archaeological sites, appear. By gathering more than one landmark and thanks to its calm, clear waters, this beach is one of Rome’s favorite beaches.

Anzio Last Beach is one of the cleanest beaches in Rome, near the Tor Caldara Regional Nature Reserve.
The beach is characterized by its colorful stones scattered on its golden sand. The depths of its waters range from shallow to deep. Therefore, it is suitable for families.

The beach is located near the Via Flacca, which is one of the quiet beaches of Rome, suitable for lovers of calm and relaxation on the golden sands of the sea.
Monita Jetta beach is also suitable for families and children, due to the cleanliness of the site, and its sand is suitable for playing and modeling.
In front of the beach are many kiosks that rent bicycles, beach equipment, skateboards and many water sports equipment that you can use.

Daily from 7 in the morning until 7 in the evening.

The San Felice Circeo Beach embraces the Circeo National Park, which is one of the beaches of Rome that has a distinctive beach resort that organizes many activities for visitors.
The beach is characterized by its cliffs and huge rocks, and it includes several caves, some of which are located inside the sea waters, which are preferred by many visitors to the beach for some privacy.
The beach has all the equipment needed for many water sports, and includes some jet ski rental centers.

The beach is open around the clock, but the kiosks and resort are open daily from 7 am to 10 pm.