The 6 best streets of Germany that we recommend to visit

Germany is a country of the highest economic and tourist importance among the European Union countries, and it occupies an advanced position worldwide in many fields such as the economy, education, and tourism.
And the most important reasons that made Germany possess this tourist position, is its charming view of the North Sea and the Baltic Sea, in addition to its historical monuments from the days of the Roman Empire until now.
Germany is also home to a large number of museums, castles, churches and historical temples next to entertainment centers, open gardens, commercial streets and other tourist attractions that make tourism in Germany a truly unique experience.

There are many different accommodations in Germany that provide all the services and activities that guests need, and in the following report we present our nominations for the best hotels in German cities .. Read more 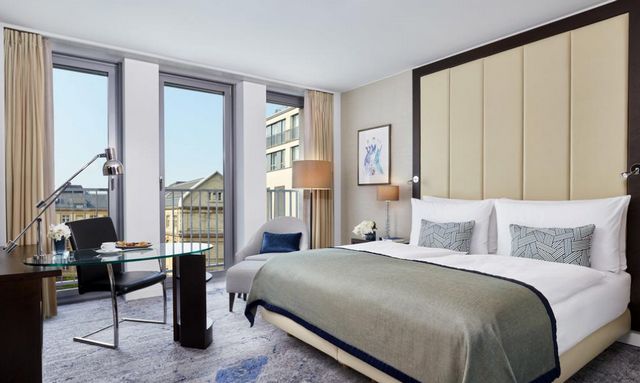 The streets of Germany

During the next few lines we will get acquainted with the most important tourist and commercial streets in Germany, which attract visitors to the city thanks to its unmistakable features.

It is the most famous street in the capital, Berlin. It is distinguished by its unique architecture and buildings dating back hundreds of years. The street includes a large number of distinctive restaurants and cafes that serve the most delicious international dishes and various drinks .. Read more

If you want a picnic that combines stunning landscapes, shopping and attractions, Berlin’s Unter den Linden will provide you with all of the above.
The street includes many shopping centers, the most famous of which are the Upper Eastside stores, and it is also not without the most important tourist places like the famous Berlin Palace.

This street is located in the city of Hamburg and is considered the most important street in it and its importance is due to the fact that it links all other city streets and therefore its importance is strategic in the first place.
This street is spread with shops and the most famous international fashion houses, in addition to hotels, restaurants and cafes on both sides.

It is the most famous street in Frankfurt and its importance is due to the fact that it was the first street that was built after the bombing that took place in the city during the Second World War.

It is one of the most famous streets of the famous German city of Munich and is the largest street in it and among the four royal streets, which was named in honor of King Ludwig and its buildings still retain their architectural historical form from its inception until now.
The street receives a large number of tourists throughout the year and is one of the most important streets in Germany, which is very popular with tourists.

This street represents the commercial life in Frankfurt and is one of the most important streets of Germany, because it contains a large number of malls, in addition to fast food shops and various cafes, hotels, cinemas and other entertainment centers in the city.

Report on the Sharjah House Hotel