Riyadh is the capital of Saudi Arabia and its largest cities in terms of area and the most important in all other respects. Riyadh is characterized by good infrastructure and wide streets, numerous markets and countless historical attractions, so tourism in Riyadh is at the top of the list of tourism cities in Saudi Arabia, which attracts Arab tourists and expatriates. Foreigners.
Among the most important tourist attractions in Riyadh are the Masmak Palace, the National Museum, along with a large number of well-known malls in Riyadh and its famous shopping and community streets, which we will talk about the most famous in the next report.

The best hotels in Riyadh

Riyadh possesses a variety of Saudi hotels that vary in price, benefits, services and facilities provided, so we will leave you with our list of the best hotels in Riyadh and you can choose what suits you … Read more 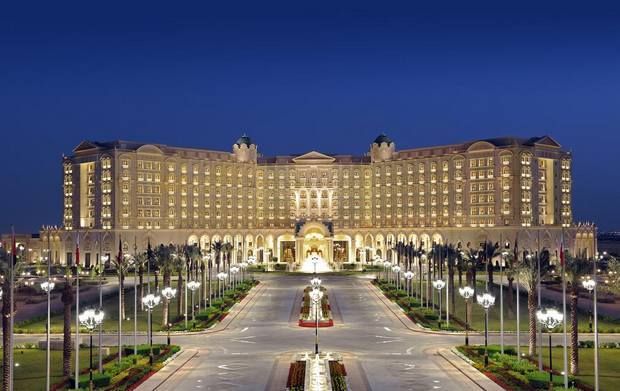 The best streets of Riyadh

During the coming lines, we will get to know the most important and largest tourist streets in Riyadh.

It is one of the most beautiful streets of Riyadh and due to being an outlet for young people and the center of a large number of recreational activities, some called the Saudi Champs Elysees, the street provides a large number of facilities such as restaurants and cafes at the highest level next to entertainment centers, gardens and malls.

This road is located to the west of Riyadh. It also bears the name Sixty. This symbolizes the area occupied by street view. This street is characterized by the presence of a number of important tourist attractions in Riyadh such as Al-Hekma Mosque, Riyadh Technology Valley, Riyadh Communications City, Jian Mega Shopping Center, King Faisal Palace and a number Another of the centers of attraction and entertainment.

This street is one of the largest and most popular and popular streets of Riyadh, because it has a large number of shops on its sides, markets, malls and others, and there are a number of hotels the most famous of which are Sheraton and Four Seasons.
Olaya Street also passes famous towers such as Al Faisaliah Tower and Kingdom Tower.

This street is located in the famous King Fahd neighborhood in Riyadh, and part of it is located in the Muhammadiyah district, and its length reaches 2.5 km. The most important characteristic of this street is its vitality, day and night, due to the fast food restaurants scattered on both sides of it, as it is a gathering of famous markets such as the good markets and Al Owais markets.

It is one of the most beautiful and best streets of Riyadh at all and its fame is due to the fact that it contains inside it a flower promenade, which is built annually on the flower corridor, and among the other highlights on the street are the King Abdullah Walk, Prince Sultan University of Education and others.
The street also intersects with a number of other major streets in Riyadh, such as King Abdullah Road, Imam Saud bin Abdul Aziz Road and Salahuddin Al Ayyubi Road.

It is the main artery of the city of Riyadh, as it connects its northern end to the south. It is about 95 meters wide and is a popular commercial and economic center in the city, spread on its sides by huge malls, shopping centers, open gardens, hotels, restaurants and cafes.

The best 4 activities when visiting the Kingdom Tower Riyadh