The city of Ulaanbaatar is the capital of the Mongolian state and its largest city in political, economic as well as tourism, and although the city is surrounded by mountains from all sides, it contains many tourist attractions that deserve to be discovered.

The city is located in the northeast of the country, and during the coming lines, we will get to know the most important tourist places in Ulaanbaatar, Mongolia, perhaps your next destination.

The city of Ulaanbaatar owns a group of the best hotels in Mongolia, and in the next report published on our website we present our nominations for the best hotels .. Read more 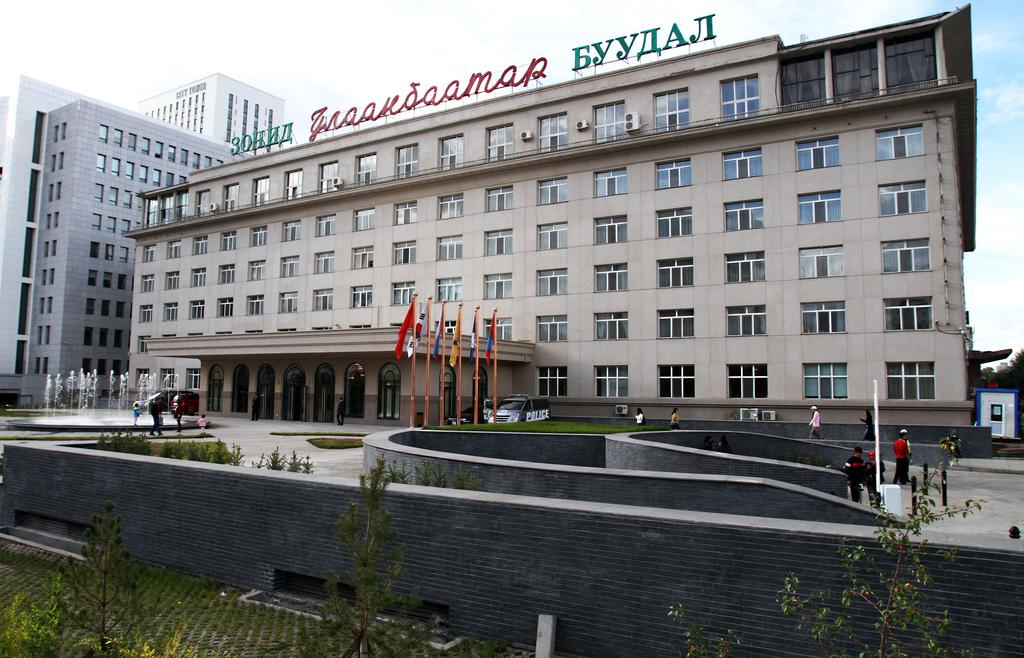 The Ganda Monastery, the largest and most important Buddhist monastery in Ulaanbaatar, with more than 150 monks next to a magnificent copper statue approximately 27 meters high.

The exterior and interior design of the monastery is distinguished by the distinctive architecture of East Asian countries, and it is popular with tourists from the Mongolian capital. 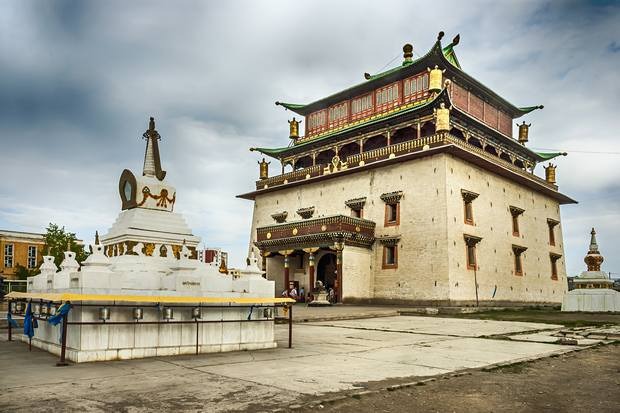 This square was originally built in honor of Genghis Khan, the founder of Mongolia, who has a huge statue in the center of the square riding his horse.

The statue of Genghis Khan is not the only monument in the square, but it is filled with other monuments such as the Ogi Khan Monument, and Kublai Khan located on the northern side of the square directly in front of the Government Palace.

The square includes the Opera House building, the cultural center, and the ballet center in the country in addition to the famous restaurants, cafes and shops. 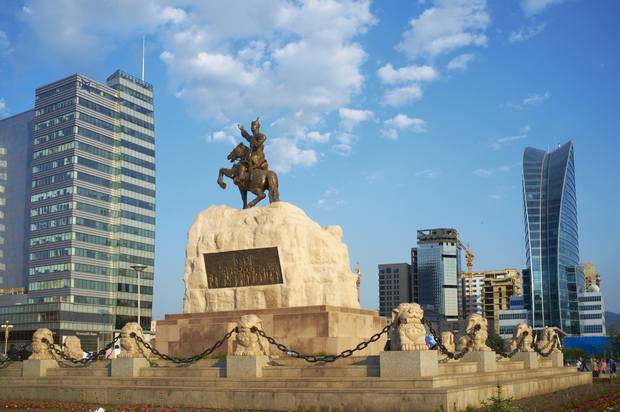 A temple and museum at the same time, this century-old place embodies the best example of traditional Buddhist architecture. It is located in the center of Ulaanbaatar and houses a large number of Buddhist architecture embodied in fabrics and silks, masks and collectibles.

The main temple also houses a gilded statue dating back to the 18th century of the Sakyamuni Buddha with a statue of Shuikhin Lama the monk built in his honor. 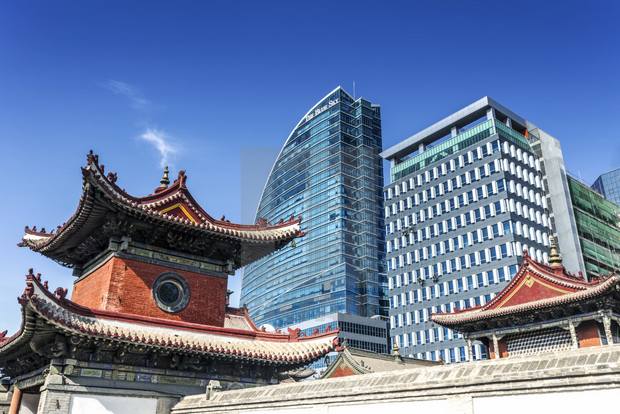 It also bears the name of the Museum of Natural History and is considered one of the oldest and most important museums in Ulaanbaatar and Mongolia in general. The sections in the museum vary between the prehistoric section, the history of the Mongolian Empire, Mongolia during the Qing rule, ethnography, traditional life and the history of the country during the modern era, with a distinct display of holdings Mongolians have traditionally dressed them through the ages. 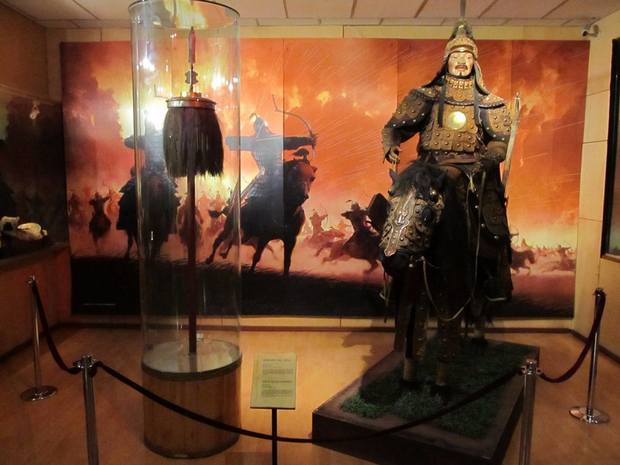 Just 37 km from downtown Ulaanbaatar, this national park is characterized by its extensive green spaces and charming views of the famous Alps.

The garden is also characterized by the presence of tree orchards and huge rock formations with unique shapes, as it is cut in the middle of a river. 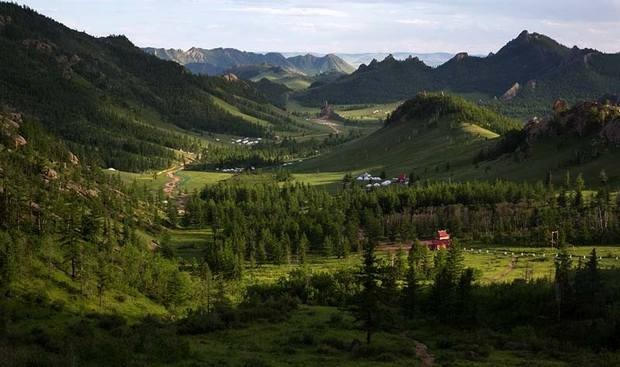 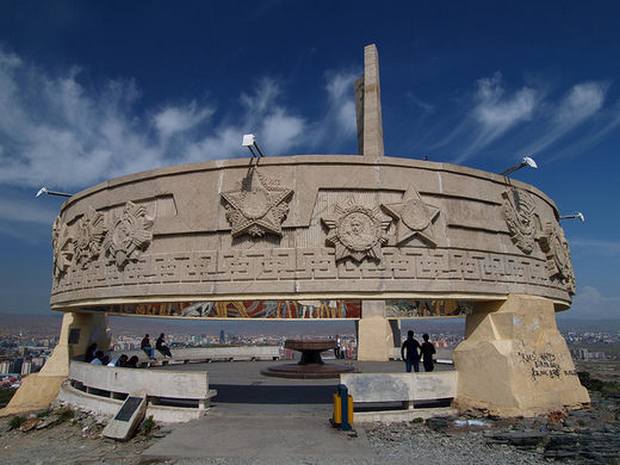 It is one of the largest and most famous open parks in Ulaanbaatar, 37 kilometers from the city center and extends greenery to sight, as well as a magical river and mountains surrounding it from all sides. The park includes a number of pets such as horses, monkeys, and others. 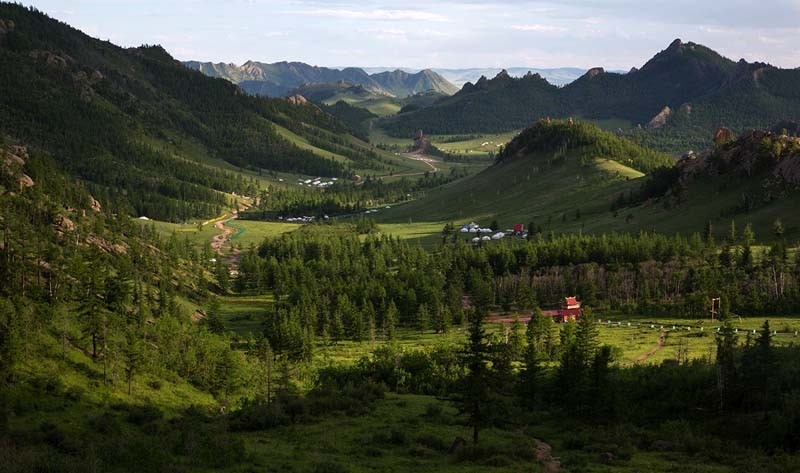 Jeddah furnished apartments: the best apartments in the most popular areas of Jeddah 2020