The 7 most beautiful destinations in the tourist state of Biskra

The beautiful city of Biskra, the splendid oasis of the sparkling pearl of Africa, known as the Bride of Zeban, is the second capital of Algeria, and it is located on the northern edge of the desert, mixing with the state land of Biskra tourist fragrant history with modernity in a wonderful scene of greatness and beauty, also known for Biskra with palm trees and huge date farms Covering its parts, which made it the most popular tourist destination in Algeria.
The state of Biskra is the gateway to the desert, and is distinguished by its engineering architecture, which gives it a unique and innovative appearance. It also has many landmarks that are worth visiting and exploring, from thermal baths, distinctive markets, and many historical sites, all this and more in the distinguished tourist state of Biskra.

One of the most important tourist areas in Biskra, and the most famous mineral spa in Algeria, which dates back to Roman times, was a center of comfort for Roman leaders and princes, and its hot springs with high capacity to treat many diseases.
Enjoy a day of relaxation in mineral water with a temperature of 43 ° C in the tourist pools of Biskra state, with water massages, foot baths, and inhalation of steam, in addition to exercising in the gym, and the availability of shops. You can also have a delicious meal while enjoying the most beautiful view In a distinguished group of fine restaurants and cafes. 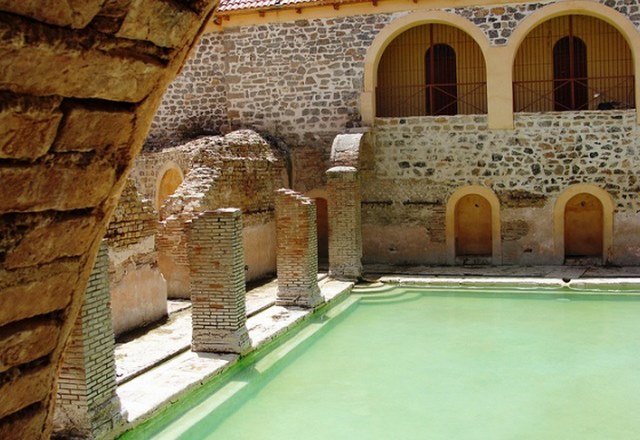 Landau Park or the Garden of God as they describe it, is one of the most beautiful landmarks of the tourist city of Biskra, which was founded by Lord Lando de Long in 1872, and was keen to bring various types of plants and trees from the countries of Europe and the tropical regions to plant in the garden, which made it a destination for many Families and tourists.
Landau has the most magnificent views between the streams of water, the wonderful ducks lakes, which intersect the dense trees of many types, and the palms that characterize this charming city, as the garden embraces many events throughout the year, and perhaps the most important art galleries displaying paintings and sculptures by international artists. 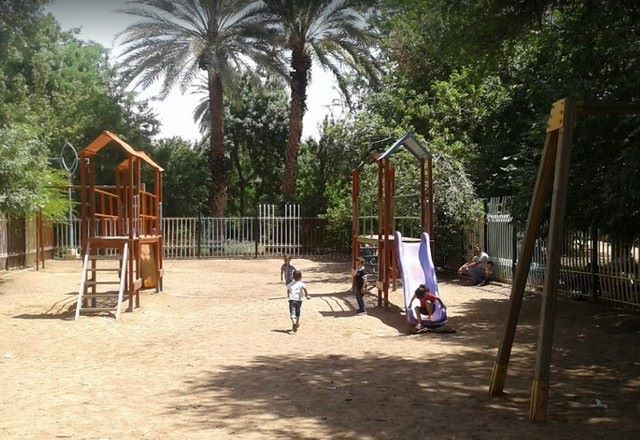 It remains one of the evidences that depict landmarks of religious Biskra, which are rooted in history, is considered the first mosque built in the city that bears the name “Sidi Khaled” in the tourist state of Biskra, relative to Khaled bin Sinan Al-Abssi, the symbol of the town and its source of history, and this edifice is visited by many of the city’s people and tourists Due to its great history in teaching various language sciences and Islamic jurisprudence, the mosque did not appear now in its old building that was affected by wars, but was rebuilt in 1925 AD in Andalusian style. 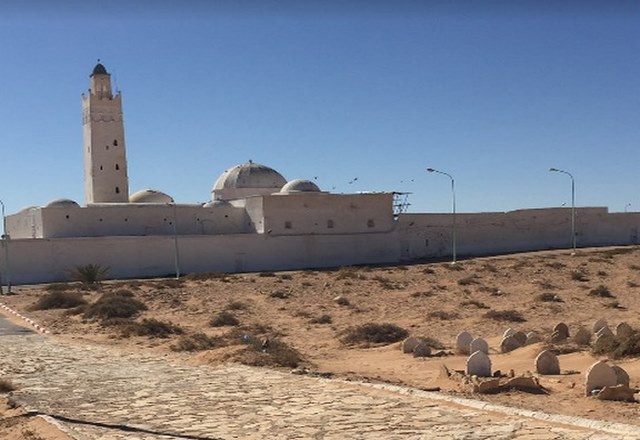 One of the most distinctive tourist places in Biskra, it is the largest water park in Algeria, as it enjoys delightful views of palm trees and green spaces, which are in harmony with the amazing water background of swimming pools, lakes and waterways, and offers Biskra tourism entertainment and fun, in interesting water parks.
Aqua Palm occupies an area of ​​9 hectares distributed between multiple playgrounds, a lot of giant and diverse slides that connect to swimming pools, a children’s area designated for them with skis that adapt to their sizes, crossing the magic animal pool, along with restaurants, shops, and parking. 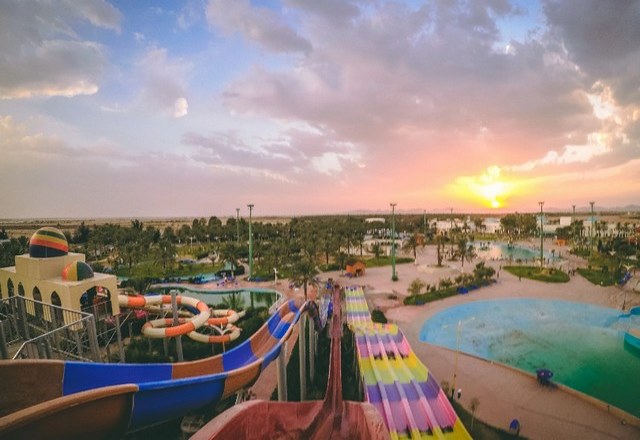 During your visit to Biskra, you cannot miss this amazing valley, which is located in the middle of the road between the city of Biskra Algeria and the city of Batna, between stunning natural scenery in which the beautiful pictures of the valley intersect, on a tour with history that informs you of several successive civilizations and formed this edifice, which became a shrine for tourists From inside and outside the country, you see the ruins of many old houses carved on the sides of the cliffs, in a view that splits the fragrance of history. 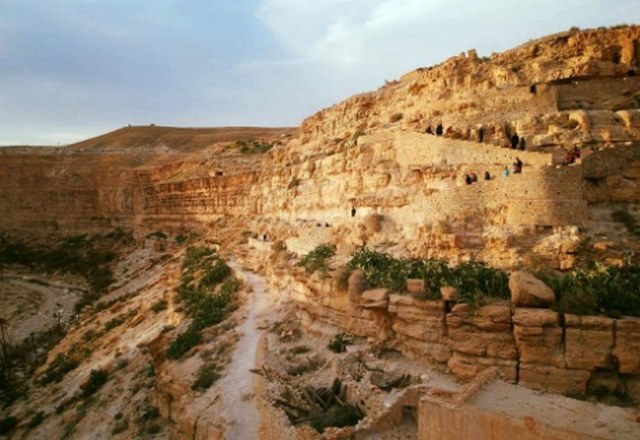 One of the most important shopping destinations in the tourist state of Biskra, as it attracts 1,200 visitors a day, and it consists of 100 shops, ranging from clothing stores including local and traditional, leather goods, and wedding dresses, in addition to distinctive household items, and many high-end restaurants and cafes, and also provides a center The gym, which holds many events and activities such as training courses and summer schools for children. 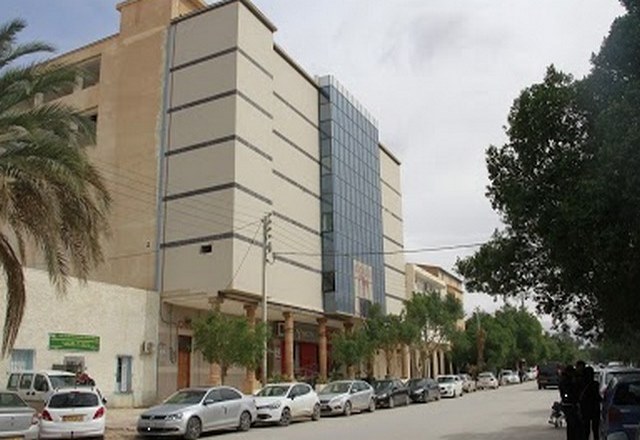 You can also visit the charming town of Qantara, which is two hours away from Biskra by car, and is known as the mouth of the desert, which leads you to the valley road through the amazing stone cliffs and palm groves, beside the rock walls and ghost villages, passing the Roman bridge across Wadi Al Hay, which the Bedouins used to transport in the past. Their caravans to the green pastures in the north.
As for the Red Village, it is located in the western part of Qantara, and it is an open-air museum that houses traditional houses, and the Lapidari Museum in Qantara includes a collection of stone artworks, statues, and pottery found in Roman ruins throughout the region, and you cannot miss a delicious meal of the city’s popular cuisine Drink a drink. 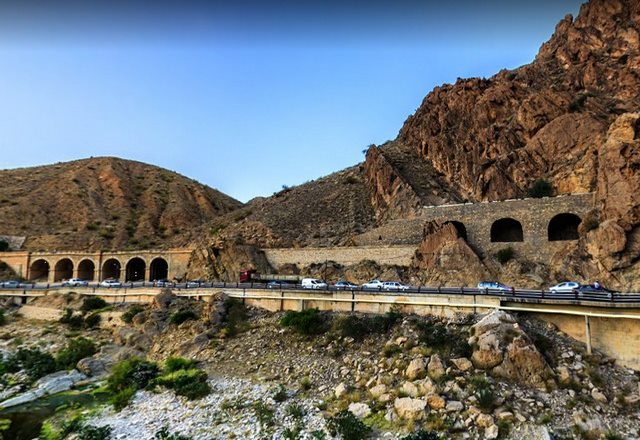 Where is Puncak located and what are the most important cities near Puncak?