The 8 best safari tours in Turkey we recommend

Turkey is one of the leading tourist destinations in the world, as the country blends stunning natural scenery with beautiful beach views, with rich historical heritage, and some traditional lifestyles that still stand alongside modernity and modern life, high-rise buildings, and wonderful architecture .
Tourism in Turkey is blessed with majestic mountains and valleys interspersed with lakes, rivers and waterfalls, as well as caves hidden inside forests, and others that open their doors to sea water, which makes the country very suitable for summer and winter tourism, along with Turkey’s safari trips that are held throughout the country.

Turkey is distinguished by the various accommodations it provides to serve its visitors, and we have collected the best in our report, the best hotels in Turkey .. Read more 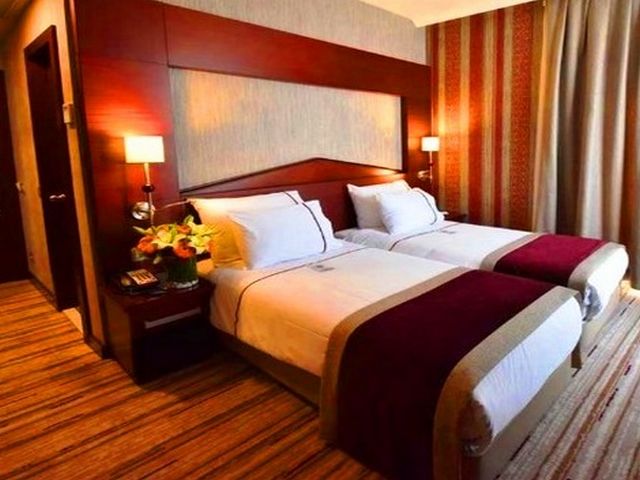 The best safari trips in Turkey

Turkey has many areas that suit safari trips of all kinds, starting from the capital Istanbul, to other coastal and mountainous cities and regions, where visitors can pass from the middle of the jungle to the beaches, and from the heart of the mountains to rivers and waterfalls, as well as trips that pass through the historical landmarks of the country .
This report is dedicated to adventure and adventure lovers. Some tracks include bumpy, unpaved roads and others that penetrate water basins and waterfalls.

Istanbul safari trips start from the heart of the city with breakfast in one of the city’s often popular restaurants, and from it to one of the city’s many historical landmarks, such as Rumeli Fort and Anatolia Castle, then the trip starts towards Belgrade Forest, where the green nature, then to the charming beaches of Istanbul, up to To the Ahirkapi Lighthouse in the Fatih District.
It is noteworthy that the Turkish safari trips in Istanbul take place every day using jeeps and small and large quads, and with various paths.

Turkey Izmir safari trips start from the capital Istanbul on a two-hour trip on the main roads to the city, where a great adventure begins to explore another aspect of Turkey, starting from the green landscapes of mountains and valleys, which are punctuated by some water basins and rugged roads, to the ancient city of Nicomedia, which It dates back to the eighth century BC.
Safari tours in Izmit are family friendly trips for those who love this type of activity without getting too far away from civic life.

Kusadasi is a beautiful coastal resort town, which includes the most beautiful paths for Turkey’s safari trips, including mountainous, coastal, and rugged roads. The city also embraces many monuments dating back to several periods from the Byzantine and Roman eras, surrounded by an ancient wall that remains from the remains of one door.
Arguably, the Kusadasi Safaris are designed for adrenaline and adventure lovers, as they pass through the peninsula National Park and the cave of the legendary Greek god Zeus.

Turkey safari tours in the Taurus Mountains are among the most famous tours for adventure lovers in the mountains and narrow valleys rich in rivers and waterfalls, and these trips pass by one of the small Turkish villages for lunch in a small local restaurant, and from there to pine forests and remote parts of the Taurus Mountains region, and includes many One of the fun activities such as swimming in river water.
These trips are usually full day duration, must be pre-registered to participate, and are suitable for children over 6 years old.

Olympus trips start from the Kemer region, where the road passes through the dense pine forests, to one of the hidden local waterfalls in the valleys, and then to the ancient city of Olympus, with its fragmented and widespread rubble amid the dense greenery of blueberries and palm trees, reaching the city’s rocky shore the magician.
Turkey’s safari passes through Olympus, the stunning Chimera mountain, which includes a group of flame gas natural gas outlets over the ruins of the Temple of Hephaestus.

One of the most exciting adventures in Cappadocia is exploring the area in a rough road, where places enjoy unique landscapes overlooking the valleys and prominent monuments in the region, and the journey starts from the historical city of Goreme to Vista, which enjoys panoramic views of beauty, and from to Ibrahim Pasha village, where the Ottoman Bridge dating back to the fourteenth century.
It is worth noting that Cappadocia is famous for its tall, conical-shaped, rock-like rock formations that meet in the Valley of the Monks.

Turkey’s safari pass for the Saklikent waterway starts from Fethiye to the ruins of a stone-lycee city, then to the wonderful pine forests for breakfast in the shade of trees and in front of the waterfalls, then to the Saklikent waterway which is 18 km long, is the second largest waterway in Europe, From it to the National Park named after the pass, the journey ends in Patara Beach, one of the largest and most beautiful beaches in Turkey.
The Saklikant Safari trips are family friendly, and include distinctive water and physical activities, in addition to the traditional Turkish villages.

The length of Bodrum Safari trips is 130 km from the rough and paved roads, and includes stunning landscapes, and the countryside of the entire region, where the journey begins east of the Bodrum Peninsula, reaching the civitelikoy district for a short break, then to the highest summit in the peninsula, which provides wonderful panoramic scenes, including To the village of Etrem and Mumcular, to the village of Mazi and its impressive sandy beaches.
The way back includes mountainous landscapes of pine forests, which start daily from early morning until sunset.

Places and resorts of halal tourism in Turkey