The 9 best activities in Sultan Suleiman Palace in Turkey

Palace of Sultan Suleiman, which was the seat of most of the sultans of the Ottoman Empire, is one of the most famous palaces of Istanbul and the place from which the decisions of the sultans were launched, which contributed to changing the world. Al-Fateh, and Sultan Suleiman’s Palace was converted into a museum after the end of the Ottoman Empire, to be a witness to its ancient history, and to become one of the most important tourist places in Istanbul.

Activities you can do in Suleiman the Magnificent Palace

• On your way to Topkapi Palace and on the road leading to it, you should stop a little bit at the Sultan Ahmed III Fountain near the High Gate at the Sultan Suleiman Palace in Turkey, which combined the greatness of Ottoman designs and European Rococo art as it consists of four small towers in the corners in addition to a large tower in The center, covered by a dome.

• Then head to Sultan Suleiman Palace Istanbul or as it is called Topkapi Palace to start your tour where you can wander around the place and enjoy the wonderful designs of the palace and the wooden garden and take the most wonderful pictures in it. 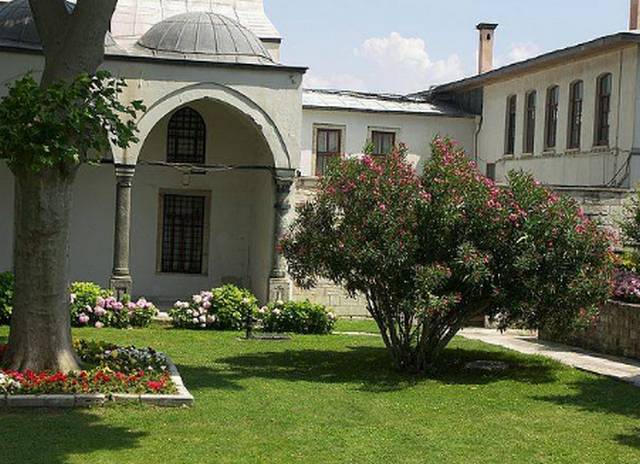 • You can then head to the High Gate at Suleiman the Magnificent Palace, which witnessed many events of the ancient history of the Ottoman Empire and is stamped with the seal of Sultan Mehmed II, which in itself is a historical landmark that should not be missed by the opportunity to take pictures next to it. 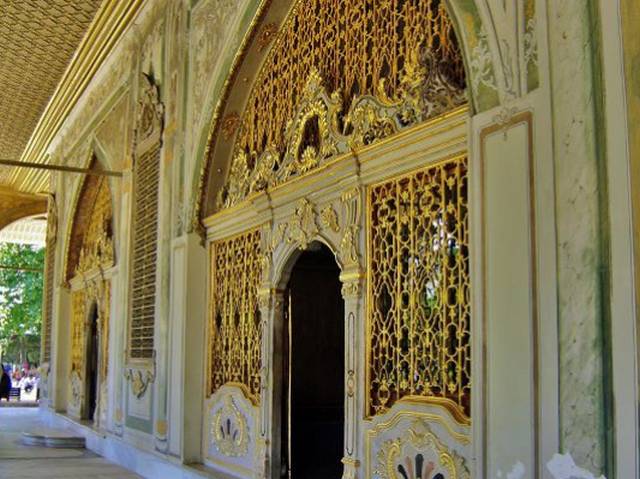 • It is in front of the fountain directly to the weapons hall, which displays the ancient weapons and shields of the Ottoman Empire, which includes eight domes. 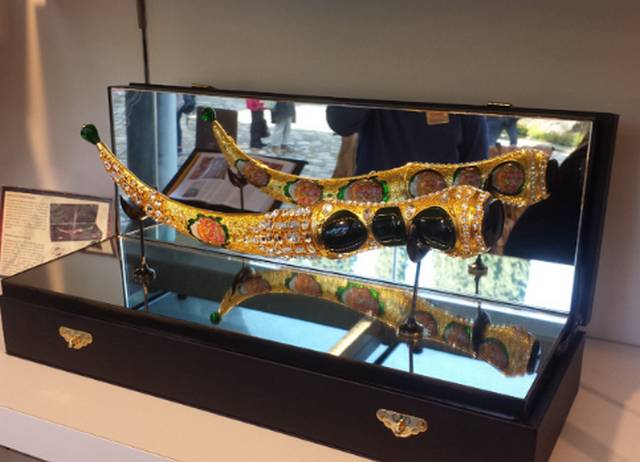 • Then you can go to the second courtyard of the palace to enter the basic buildings in the palace, to enter from it to the Majlis hall, where the sultans received ambassadors from foreign countries, which are decorated with three domes, and above this hall is the Buyuk Cole Tower, which you can view from the corners of the palace. 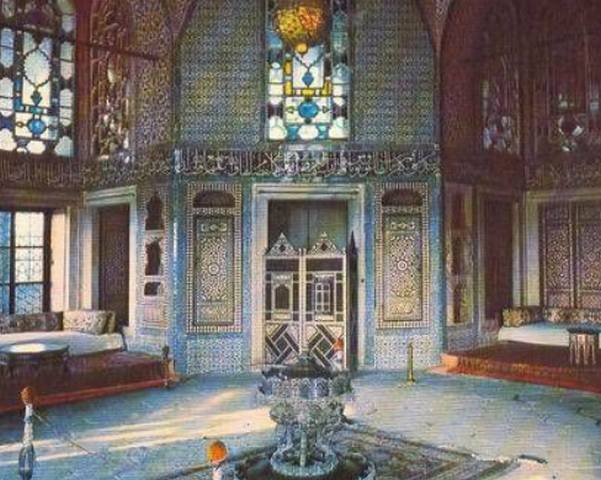 • To go to the third courtyard, you must pass through the door of happiness, my nightmare, which was one of the most famous gates of the palace, and is characterized by the splendor of the Ottoman designs. 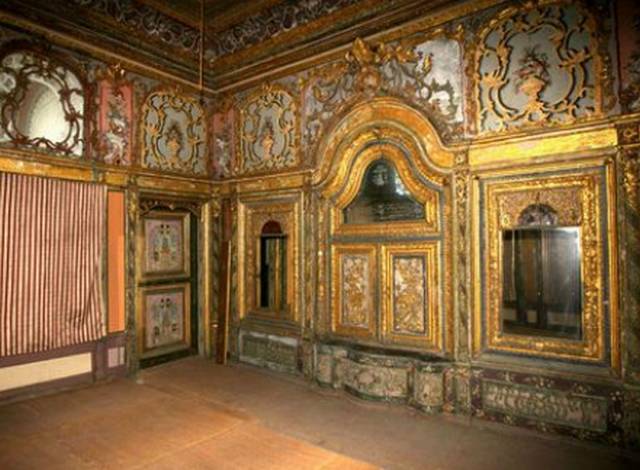 • You should not forget to go to the treasury hall, which consists of four rooms in which the most valuable property of the sultans of the Ottoman Empire is displayed, including the watch room, which contains multiple models of different types of watches.

• Then he went to the halls of the holy trusts in the Sultan Suleiman Palace in Istanbul and contains a box of gold engraved with Quranic verses in which the cool of the Messenger of God, peace and blessings be upon him, also contains 21 swords of the companions swords, as well as the Holy Qur’an inscribed on the skin of deer and many of the secretariats Holy. 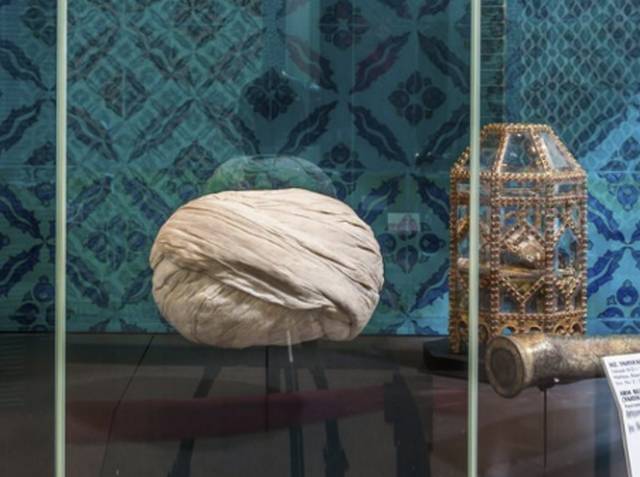 • After completing your tour inside Sultan Suleiman Palace, you can visit the sights in the Sultan Ahmed area close to the palace such as Gulhane Garden, Hagia Sophia Museum, Hagia Sophia 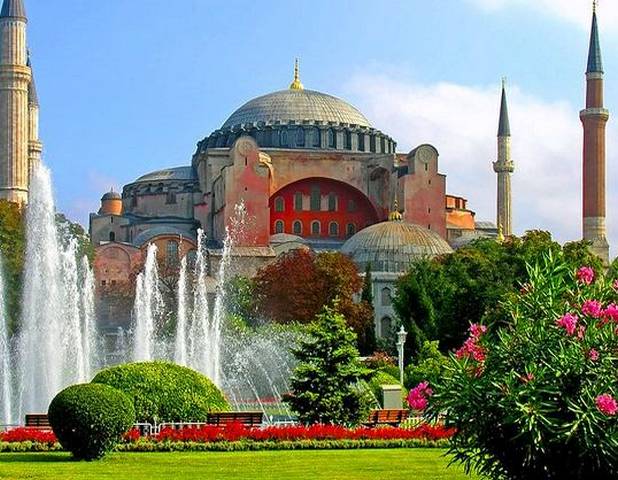 Enter the palace and visit the museum 60 TL for a person.

Entry of the king 35 Turkish liras per person.

To find out more details about the prices, you can visit the Solomon Legal Palace website from here.

Except for Tuesdays is the weekend.

Tria Istanbul Hotel is one of the best hotels in Sultanahmet, 450 meters from the palace.

The hotel got great reviews on site, as well as good reviews on staff, hygiene, comfort, and facilities.

Four Seasons Istanbul Sultanahmet is one of the best 5-star Istanbul hotels, 350 meters from Topkapi Istanbul

Most of the Arab visitors to the hotel gave him an excellent evaluation of the food, location and accommodation in general, and some considered the price at the hotel high

The best 8 of popular restaurants in Istanbul 2020