A report on Calyon Istanbul Hotel

Some classify southern Lebanon as one of the most important tourist governorates in the country because of its distinguished archaeological sites that perpetuate the influx of many civilizations to the Levant throughout its history, with heritage markets and a variety of picturesque nature that combines charming beaches, high mountains, dense forests, and rarer and larger Arab reserves attracting thousands of visitors. To tourism in Lebanon from all countries every year.
If tourist attractions such as those that attract you to be the south of Lebanon are the destination of your next vacation, then of course you need to follow our article today, which reviews with you the best tourist places in southern Lebanon that Arab travelers recommend visiting.

The Governorate of the South includes many hotels that offer a high level of accommodation and service to which tourist groups of various nationalities and budgets are attracted. The link provides a comprehensive guide to the best hotels in southern Lebanon according to its visitors’ evaluation of the level of service and its relationship to price .. Read more

The most important tourist places in southern Lebanon

The region of South Lebanon includes many archaeological sites and picturesque natural areas that annually attract the country millions of tourists from different parts of the world to enjoy its breathtaking charm and ancient civilization. We can list the most important tourist places in southern Lebanon as follows:

It is a small castle located on the main road to Sidon and dates back to its first construction of the Crusades on the region during the 13th century before it was destroyed and rebuilt for the second time during the 15th century. It is distinguished by an ancient and impressive stone architectural style, but its location on the Mediterranean coast is what made it the most important among the landmarks Sidon and put it on the list of tourist places in southern Lebanon, the first to visit, thanks to the charming panoramic view it creates for the city from above.
times of work
All days of the week from 9 AM to 12 AM.

It is one of the most famous and important areas in Sidon, among locals and foreign tourists alike thanks to its archaeological buildings and cultural heritage, which made it one of the most important tourist areas in southern Lebanon. The Amir Fakhr Al-Din Maan Mosque, which dates back to the end of the 15th century, and the silk market that dates back During the reign of the end of the 16th century, the cobbler market is one of the most famous historical and cultural landmarks of the square.
times of work
24/7.

One of the most famous tourist areas in southern Lebanon during which you can shop dozens of pieces of souvenirs that are exquisite and well-made and that embody the right of the ancient culture and heritage of the southern Lebanese region, where all the products sold in the Khan depend on the handicraft of the people of the region, and you can also attend the arts festival organized by the Khan annually. If your trip to Lebanon is summer.
The market dates back to the 17th century, when Prince Fakhr El-Din founded it during his reign in Sidon and still maintains its archaeological style derived from Arab and Islamic architectural culture, which is characterized by its arched doors, wide corridors, and the large courtyard that takes the shape of the triangle in the Khan and is adorned with a wonderful fountain.
times of work
All days of the week from 8 in the morning until 4 in the evening.

One of the most beautiful tourist spots in southern Lebanon for walks, various sports and unparalleled snapshots of being the largest and cleanest public beach in Tire.
Sur Beach is an ideal destination for swimming, sunbathing, and family walks along with children among dozens of long restaurants overlooking the clear sea, fine sand and breathtaking lighthouse view.

If tourism in southern Lebanon is tourism for relaxation and relaxation for you, Fajin and its picturesque nature will be your best destination for this during the trip, especially if you decide to visit the most splendid waterfall in the city because of its sharp mountainous nature covered with forests and dense trees while the water flows strongly from the fifth level globally from Where the height.

One of the best tourist spots in southern Lebanon, it is recommended to visit for families and young children thanks to its picturesque rocky mountain nature and the fun, entertainment and educational information it provides.
The teacher reviews the history of the Lebanese resistance against the Israeli aggression during the 1980s and 2000s by offering pieces of weapons and war devices used in the war and visiting the tunnels and caves that the Lebanese resistance took as a hideout, along with a number of documentary films for the stage.
times of work
Everyday from 9 am to 4:14 pm, except for Tuesday is a holiday.

Tourism in the south of Lebanon is a landscape tourism in the first place, so it is impossible to visit the province without going through the largest Lebanese natural reserve that guarantees you a wonderful opportunity to stroll and relax between the gardens and green meadows, high mountain areas and the ruins of ancient forts and picturesque lakes within an area of ​​250 km. It makes up 5% of the area.
Next to wandering and hiking, you can also enjoy being among thousands of varieties of birds and wildlife.
times of work
All days of the week from 10 am to 6 pm.

The temple of Eshmun is considered one of the most important tourist places in southern Lebanon. It is recommended that it be visited as it is the only documented landmark of the Phoenician civilization era in Lebanon.
The temple dates back to the 7th century BC and has gained its name and fame from the god Eshmun, the god of Sidon, and enjoys simple building and stone architecture, and its importance was a reason to attract a number of Byzantine and Romen monuments next to it. 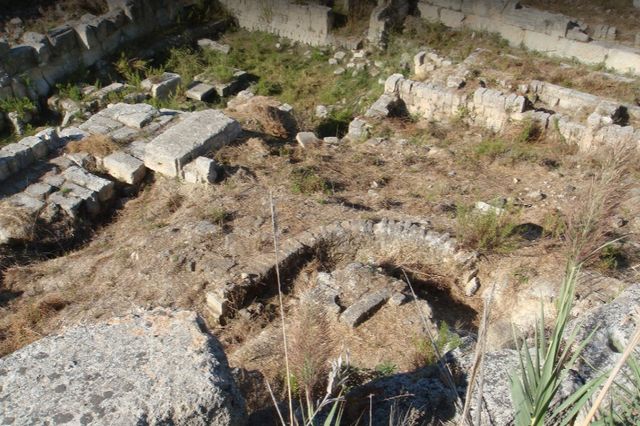 Archaeological site classified within one of the most important tourist areas in southern Lebanon, Tire, due to its ancient and ancient history dating back to the era of Romen civilization in Lebanon.
The site, which also bears the name of the ruins of Tire, includes many monuments such as a funerary temple, coffins and ornate graves, an arcade, a Romen road, and a horse racing field with a capacity of about 20,000 spectators.
times of work
All days of the week from 8:30 AM to 6 PM.

The 10 most beautiful tourist destinations on Honolulu Island

Learn about the best famous food in Lebanon

Report on the Rilano Hotel Munich

List of the best places to visit in Dubai for free

On International Women’s Day 2022 … discover the best markets to pamper yourself!

A report on the Pharaohs Hotel, Sharm El-Sheikh

What is Al-Ahsa famous for?