The city of Edirne is nicknamed the city of happiness by the Ottoman kings and sultans due to its calmness and magnificence of its charming nature, so it includes many civilized and historical places belonging to the pioneering Ottoman era that greatly flourishes tourism in Turkey.
Edirne occupies a good place in the hearts of Arab and foreign tourists who frequently visit it because it is a bright city that gives visitors important cultural information in addition to shopping centers and recreational parks.

The city of Edirne includes a group of the finest hotels, apartments, and resorts that work to create high levels of psychological satisfaction for customers, and is characterized by the provision of many modern recreational facilities in addition to high hotel services. Learn about the best hotels in Turkey in Edirne through the following tab .. Read More 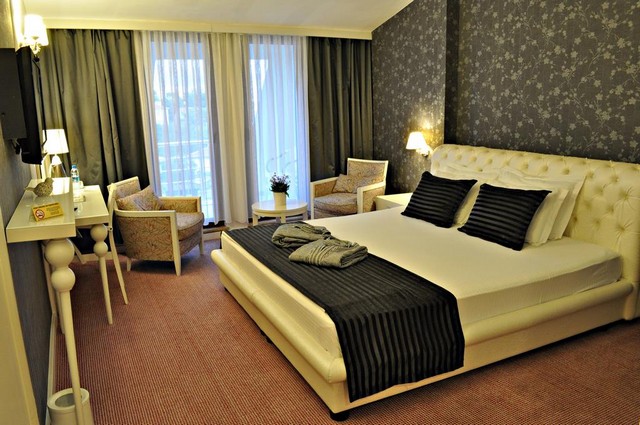 One of the most famous places of tourism in Edirne Turkey, as it is one of the prominent landmarks in Turkish history, which was ordered to be built by Sultan Selim I, as recently entered the list of UNESCO World Heritage.
This mosque is distinguished by its impressive architectural designs, and enjoys a strategic location in the heart of the city of Edirne, as it has a special place in the hearts of Muslims in general and the Turks in particular, and it contains a cemetery in which the most famous scholars and employees were buried during the rule of the Ottoman Empire. 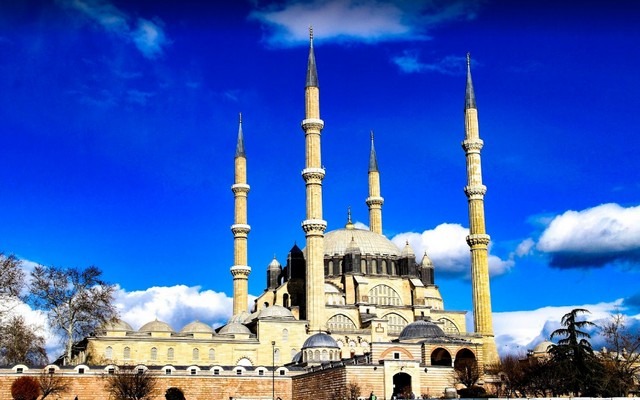 It is a complex ordered by Sultan Bayezid II in 1488 A.D.
This museum is considered one of the most wonderful tourist destinations in the city of Edirne Turkey and it is one of the places of the list of UNESCO’s human heritage, and it has won many international awards, the most important of which is the European Council Museum Award. 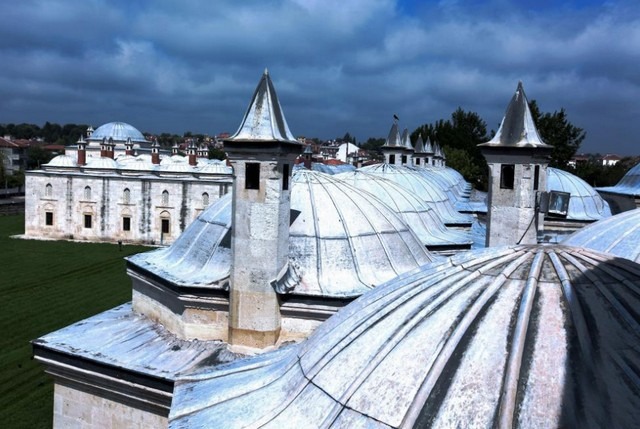 Edirne Museum of Archeology and Anthropology

It is considered one of the most important monuments in the city of Edirne Turkey, where it displays the most important objects used in the Ottoman era, and was built in 1925 AD, and includes many monuments of the Roman, Greek, and Byzantine eras.
The museum consists of two main sections, the first is the archeology section that displays many sculptures and some of the bones of animals, while the second section is the ethnography section that includes the possessions of the Ottoman era, such as pots, clothes, carpets, and the ancient Turkish bath. 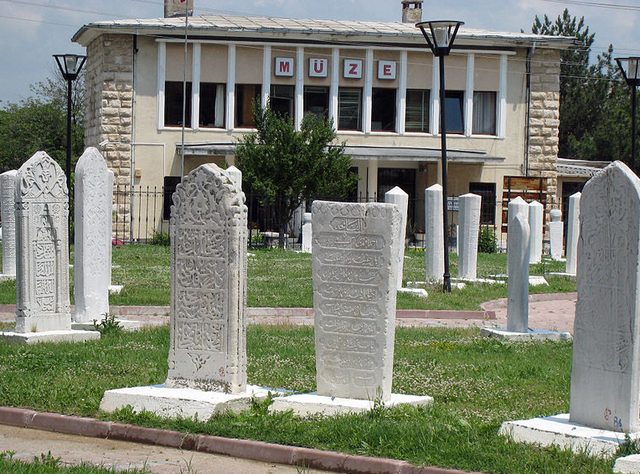 It is considered one of the oldest Ottoman buildings that began to be built during the era of Sultan Suleiman, and was completed during the rule of Sultan Muhammad, and it is characterized by its amazing decorations from the inside where it was constructed of marble.
Some Quranic verses were written in a large ornamental pattern on all internal walls, and it is considered one of the most remarkable tourist attractions in Edirne, as it attracts large numbers of Muslims so that they can enjoy watching the origins of the glorious Ottoman architecture. 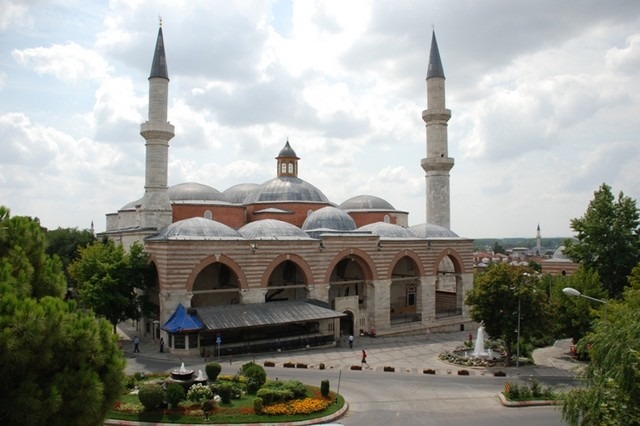 If you are a fan of the charming nature, you should head to this attractive park, which is one of the most magnificent places of tourism in Edirne Turkey, where olive and pine trees are spread, which gives him a pleasant aroma.
You will also enjoy swimming and diving in its clear waters, which are transparent and seeing some marine animals, such as turtles and colorful fish beneath it. You can also do many fun activities and joyful water games. 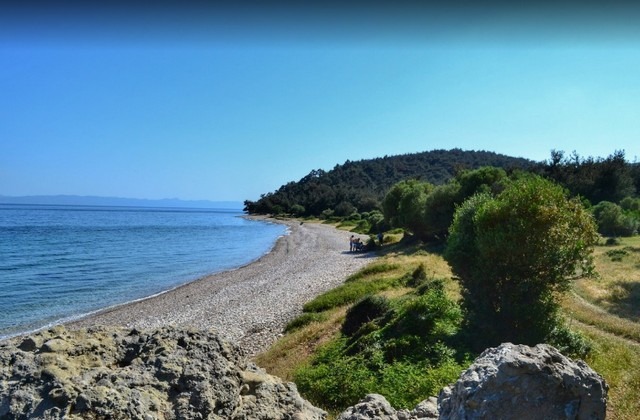 One of the most important streets of Edirne, Turkey, where it is distinguished as a pedestrian-only street, which is a bustling street of shops that display the finest types of international fashion and brands, and includes many places to sit until visitors take a rest.
It is surrounded by a large historical fountain dating back to the nineteenth century, where visitors take advantage of it to take the most beautiful memorial photos. It also includes a large group of Turkish restaurants and cafes that are distinguished for their elegant services. 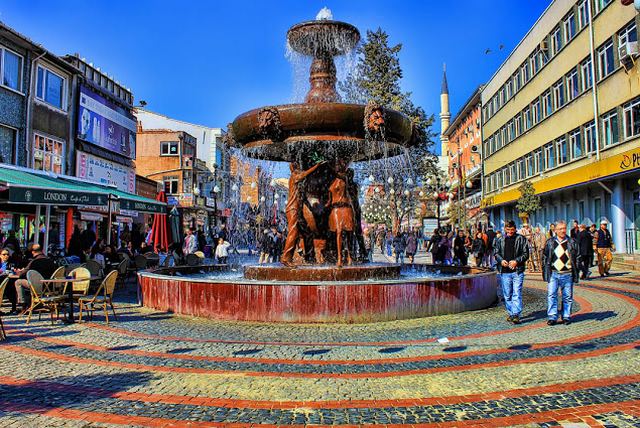 One of the largest shopping centers in Edirne, Turkey, which contains the most luxurious brands and brands, as well as a huge cinema that attracts millions of visitors annually to watch the latest international cinematographic films.
It also contains places designated for children’s games, and includes a large restaurant complex, in addition to the distinguished cafes, as it is considered one of the most important tourist destinations in the picturesque Edirne of Turkey. 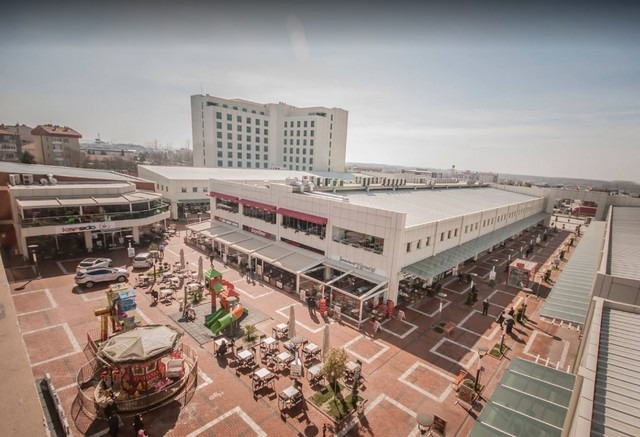 The historical city of Enos

It is one of the oldest historical cities in the city of Edirne Turkey, where it dates back to the times of BC, and is characterized by its view on the shores of the Aegean Sea, and some of its parts were discovered after the disappearance of a large area of ​​it underground due to erosion factors.
Many tours are organized to the castle of Inos which has a special nature, as it was a deserted city until it was discovered in 1971, and large collections of artifacts were extracted as they were transported to many Turkish museums. 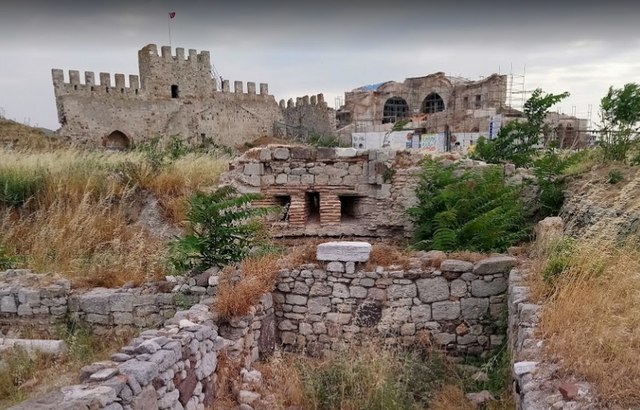 This bridge is considered one of the most beautiful tourist attractions in Edirne Turkey, when you visit you will feel the luxury of the Ottoman Empire, where some horses are riding to cross the Merik River for a pleasant walk and those around you are an amazing landscape of trees and blue water.
You can also enjoy sitting at cafes near the bridge and feeling relaxed and comfortable in a wonderful scene. The bridge extends 222 meters long and is characterized by a lot of dazzling Ottoman inscriptions and decorations. 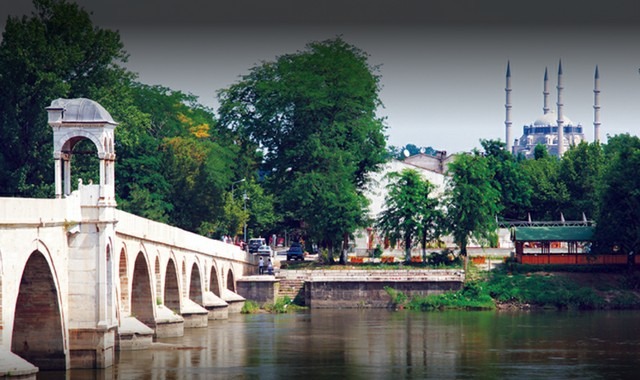