Marrakech, or as it is called the Red City, is one of the most important tourist destinations in Morocco, and it is ideal for those looking for an oriental heritage atmosphere that smells of originality and ancient history, in addition to its picturesque nature and its charming Moroccan beauty that combines the beauty of the present and the splendor of the past.
And for the fans of the city of Marrakech, we offer a short introductory tour, through which we shed light on the most famous historical attractions in Marrakech. It is recommended that you visit them when traveling to Morocco, perhaps it is your next destination. 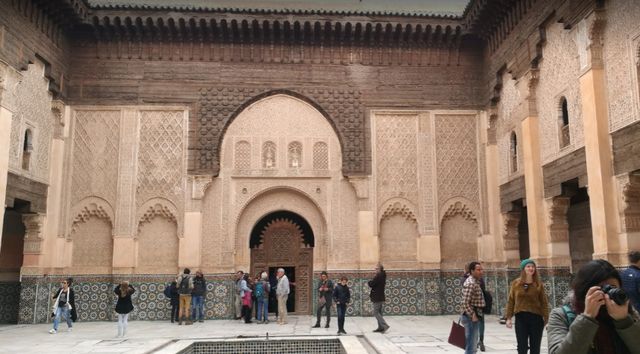 Marrakech has a long history as a historical city with a number of the best hotels in Morocco that combine the traditional heritage of the city with modernity and western elegance. Marrakesh hotels are distinguished by the high level of services and facilities that meet the different desires and needs of guests with varying prices that suit varying budgets, and one of the best hotels in Marrakech is what we picked for you through this report .. read more 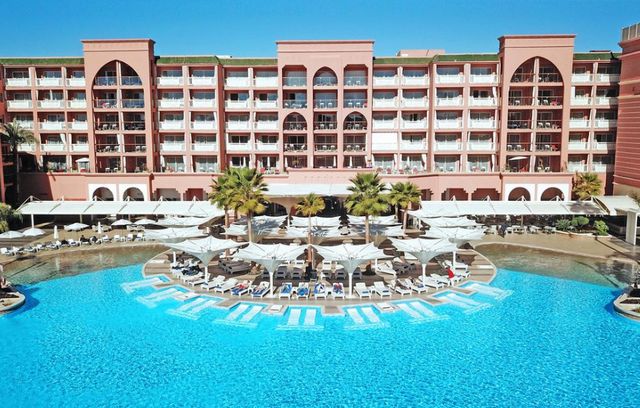 The most important exploits of the Moroccan city of Marrakech

The Moroccan city of Marrakesh, as an ancient historical city, has many monuments that attract attention and attract millions of tourists from all over the world when they visit the Queen. Among the most important monuments of Marrakech, Morocco:

The wall of Marrakesh Doukkala

It is one of the most important historical monuments in Marrakech, as the city of Marrakesh possesses, along with this wall, many antique walls that were built from the dirt of 9 km long, which was intended to protect and defend the city against the attacks of enemies. During the years 1126 and 1127. 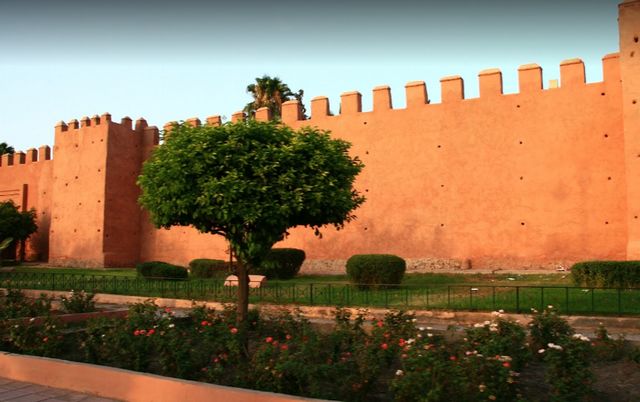 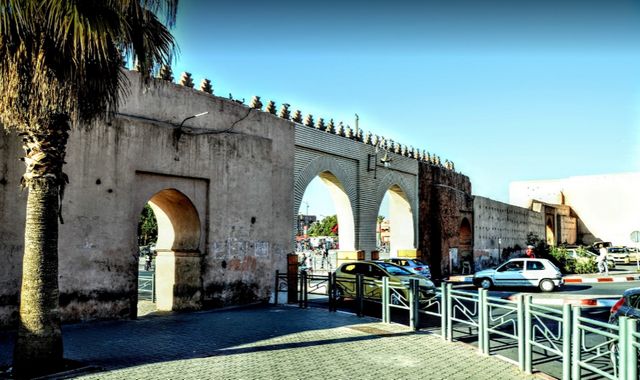 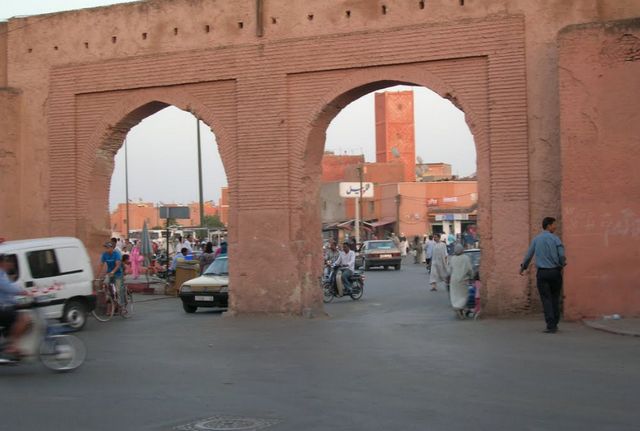 The most famous historical monument in Marrakech at all and the most popular and attractive to the attention of tourists coming to visit the Kingdom from various parts of the world because of its wonderful architectural design that was not defeated by time and climate factors despite its cruelty and a vital location centered in the city center .. Read more 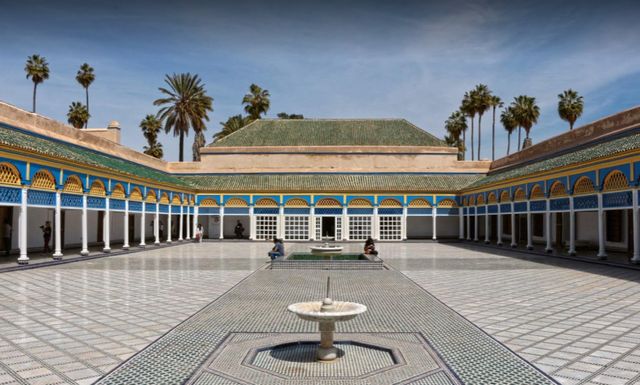 Among the monuments of the city of Marrakesh, classified in ancient historical references as one of the architectural wonders of the world due to its distinguished architectural design, as its name depends on the gypsum decorations and the colorful wooden columns carved with water and gold leaf with marble evidence .. Read more 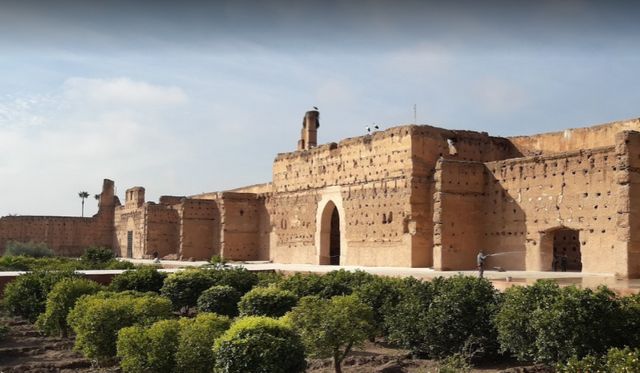 The Kasbah of Marrakesh

One of the most important historical relics in Marrakesh dating back to the reign of the Almohad Kingdom in Morocco, where Caliph Yaqoub Al Mansour founded it in order to fence and protect the city, and the Marrakesh Almohad Rite was characterized by its multiple doors that were destroyed and some of them disappeared due to the factors of time and its events and climate factors, leaving only the door of Aknau still preserved It has been largely visible to the present day and is distinguished by its built arch and decorated with art and proficiency. 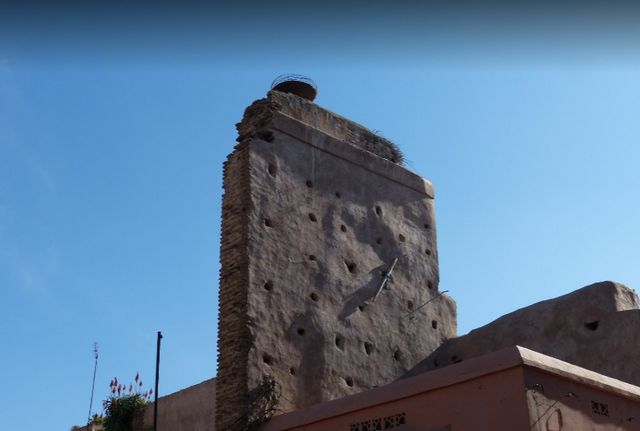 Among the monuments of Marrakech that are treated as an extension of the mosque and madrasa of Ibn Yusef, south of the old historical city, the Almoravid dome has a rectangular shape and is distinguished by its exterior façade, decorated with arches and elaborate seven-pointed stars, and lobed arches that decorate the eastern and northern sides and the arched horseshoes that decorate the southern and western sides.
It is worth noting that the architectural style of the dome, its reliefs and its artistic motifs are drawn from the arts and culture of the Almoravid dynasty, which ruled Marrakech during the 12th century. 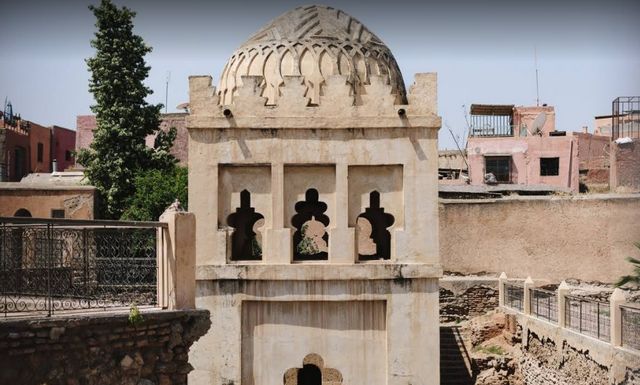 One of the most important historical relics in Marrakech that dates back to the era of the Marinid dynasty in Morocco before the successors of the Saadiyya state rebuilt and developed it during the mid-16th century to become one of the well-known Moroccan schools in the field of legal and religious sciences.
The school is distinguished by its location in the historical square of Ibn Yusef, close to the Almoravid dome in the ancient city, along with its wonderful architectural design that is characterized by an ornate gypsum dome, a washbasin and a prayer hall through which marble columns and a library spread for students and learners, with a courtyard with galleries and teaching rooms on the upper floor. 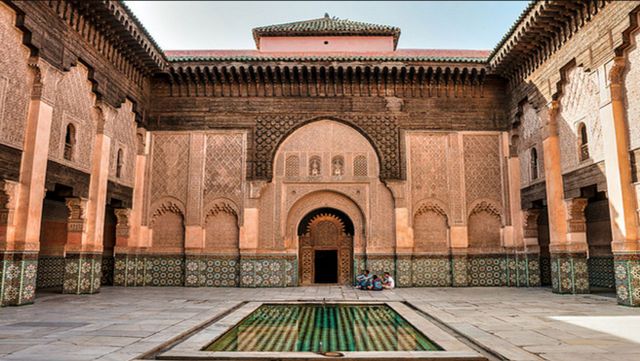 One of the most famous archaeological mosques in Morocco and its square is one of the most important historical and recreational monuments of Marrakech at the same time, after you establish your prayers in the ancient mosque with a striking style you can visit the famous square and see the magicians and snake showers and listen to the finest stories and heritage music and pieces derived from Moroccan culture, with Eat popular food and drinks offered by cafes overlooking the square in the evening. 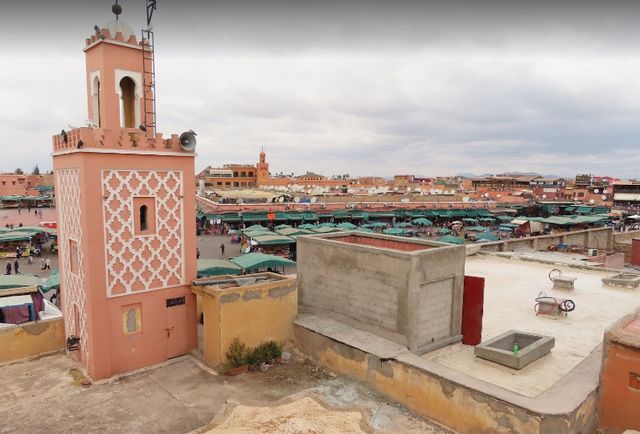 Among the historical attractions of Marrakesh, which won the reputation and reputation of tourism thanks to its proximity to the Jemaa El-Fna square in the center of the old city with its wonderful architectural design that resembles the Al-Qarawiyyin Mosque in the Moroccan city of Fez and is derived from the monotheistic art and culture. For the kiss.
It is worth noting that the Koutoubia Mosque was built and developed before and during the mid 12th century on the ruins of the Al-Hajar Al-Murabidian Palace and near the Book Market. 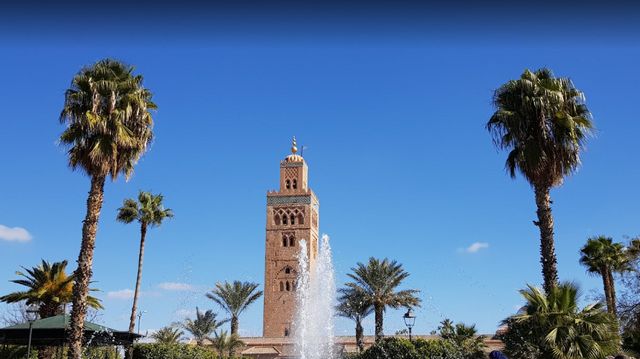 The tombs of the Saadians

Among the monuments in Marrakesh, Morocco, which attracts thousands of tourists to visit, with its unique design dating back to the Saadiyya era. The tombs of the Saadiyan royal family close to the Kasbah of Marrakech are distinguished by its two-wing tomb divided into 3 halls .. Read more 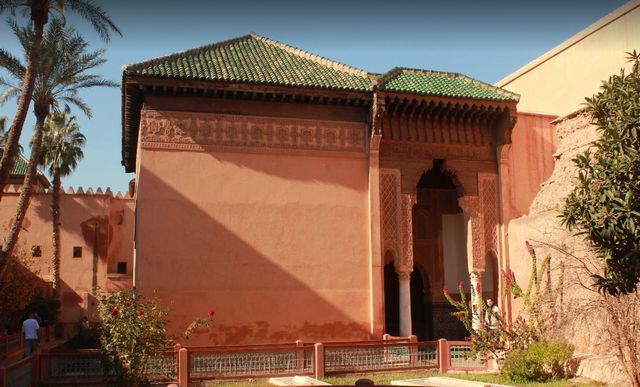 The 4 best apartments for rent Sfax are recommended for 2020