Ibn Tulun Mosque is a mosque built by Ahmed Ibn Tulun in the city of Cairo in 263 AH. Ahmed bin Tulun spent 120 thousand dinars on building it. Toulon is one of the Turkish Mamluks, who were gifted by the Bukhari worker to the Caliph al-Ma’amun. His son Ahmed Ibn Tulun, whose name was named after the genesis of the princes, was brought up. The importance of the reign of Ahmad Ibn Tulun comes from that it is represented by the shift that Egypt moved from a state affiliated with the Abbasid Caliphate to a country with autonomy . 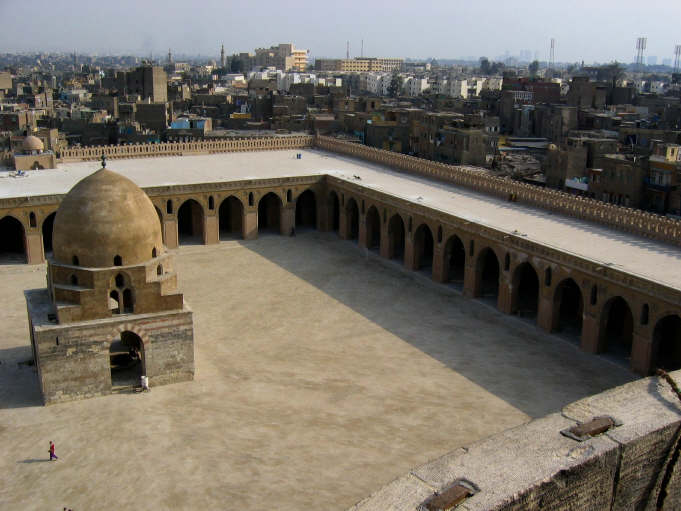 The minaret of the mosque is the oldest minaret found in Egypt and is the only remaining mosque in Egypt whose features have not changed for hundreds of years. The Ibn Tulun Mosque is the only mosque in Egypt dominated by the Samarra style, where the listed minaret minaret.
One of the most important features of Cairo is the Mosque of Ibn Tulun, with its long history and intense importance

The best things to see in the Mosque of Ibn Tulun

• You can see how this mosque was formed, as it is composed of an open, square equilateral square, approximately 92 meters long, with a dome mounted on an octagonal neck. 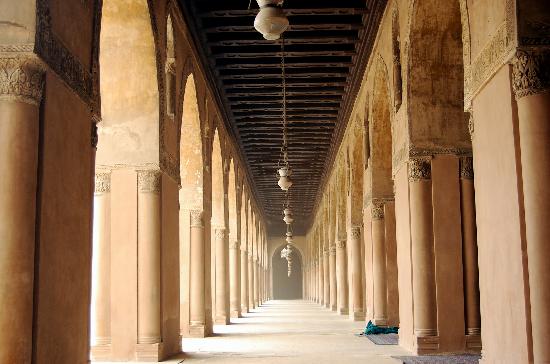 • The mosque consists of 4 northern, western, southern, and eastern sides, as there is no mosque in Egypt built on the same shape as Ibn Tulun Mosque. The four sides of the mosque are characterized by simplicity, and there are no types of decorations except for a row of stucco windows of varying shapes and ages.
• You can also see the qibla wall as it is surrounded by a large mihrab, whose original features remain only its cavity and the marble columns surrounding it, and the minbar of the mosque is considered one of the oldest minbar of Cairo mosques.

The mosque is available for visiting all days of the week from 9:00 am until 4:00 pm.
Entrance to the mosque is free.

The best Cairo hotels near the Mosque of Ibn Tulun

Four Seasons Hotel Cairo at Nile Plaza is a 5-star rating with a very good rating among the best hotels in Egypt, less than 30 minutes by car.
Summary of Arab visitor ratings
Overall the hotel received very good reviews.

The Ritz-Carlton Nile Hotel Cairo is a 5-star rating with a great rating among the best Cairo hotels, 6 km from Ibn Tulun Mosque.
Summary of Arab visitor ratings
The hotel has received great reviews about location, staff, services, hygiene.

The best 4 things you can see at the Mohamed Ali Mosque in Cairo, Egypt