Tahrir Square is the largest square in Cairo in Egypt and it is located in the center of the city, as it was named at the beginning of its establishment by the name Ismailia Square in relation to Khedive Ismail, then the name was changed to “Tahrir Square” in relation to liberation from colonialism in the 1919 revolution and then the name was officially established in 1952.
The Tahrir Square is one of the best tourist places in Cairo, as it contains many landmarks and activities around it and is considered the main tourist center of the city.
The square also contains one of the largest metro stations in Cairo, the Sadat Station.

The best activities that you can do in Tahrir Square

• You can wander around Tahrir Square as it is generally crowded, both by the locals and tourists, and you can see many famous places around it such as the American University, the headquarters of the League of Arab States, and Omar Makram’s four-storey underground car park, the roof of which is covered by a public park in the middle. The statue of Omar Makram, next to it is the Mosque of Omar Makram. 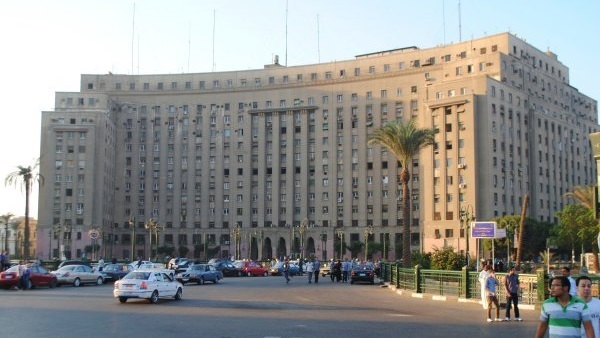 You can also visit one of the most famous museums in Egypt, the Egyptian Museum, which dates back to 1835 and contains many valuable and rare antiques, which is located in Tahrir Square as well.

You can also see many other landmarks such as the old palace of the Egyptian Ministry of Foreign Affairs, and the Evangelical Church of the Dobara Evangelist.
• There are also many cafes and restaurants on the outskirts of the square, after completing your tour, you can get some food and drinks and take some memorial photos.
Note: The most crowded hours in the field are between 12:00 noon and 3:00 pm, as we advise you to visit the field outside these times to enjoy wandering and avoid heavy traffic.

The Ritz-Carlton Nile Hotel Cairo is a 5-star rating with a great rating among the best hotels in Cairo, as it is less than 5 minutes’ walk from the square.
Summary of Arab visitor ratings
The hotel has received great reviews about location, staff, services, hygiene.

Steigenberger Al Tahrir Hotel is a 4-star hotel with a very good rating among the best Cairo hotels, a few steps on foot from the square.
Summary of Arab visitor ratings
The hotel received very good reviews in all respects, especially staff and services.

The location of the field on Google map

The best 3 activities when visiting the Coptic Museum in Cairo, Egypt

The 9 best activities in the Pharaonic Village, Giza, Cairo, Egypt