One of the most famous and oldest tourist attractions in Alexandria is the Ras El Teen Palace in Alexandria. The Ras Al-Tin Palace was built during the reign of Muhammad Ali by the engineers of Romeo and Almsio Leverbog, and it took 11 years to build it, in 1845.
The most important thing that distinguishes Ras El-Teen Palace is its location on the Mediterranean Sea directly on the banks of the city of Alexandria.

Things to do in Alexandria’s Ras El Teen Palace

• The first thing that you will encounter when entering the Ras Al-Tin Palace is the magnificent garden of the palace with its fountains designed with engineering creativity. You will then meet the facade of the palace, where you have to stand a little to enjoy watching the architectural style that matches the spirit of the modern era at the time. 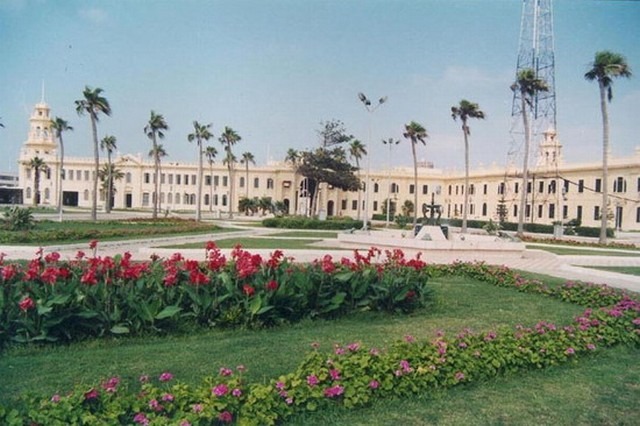 • As for the palace of Ras Al-Teen Palace in Alexandria, the interior is no less beautiful than its façade. After completing the view of the palace from the outside, you must enter the palace to meet the wide cellar that leads to a ladder that reaches the ancient historical yachts.
• You can later head to the luxurious throne hall and enjoy watching the wonderful decorations, then head to the dining hall and a large luxurious salon, which includes impressive furniture and royal paintings. 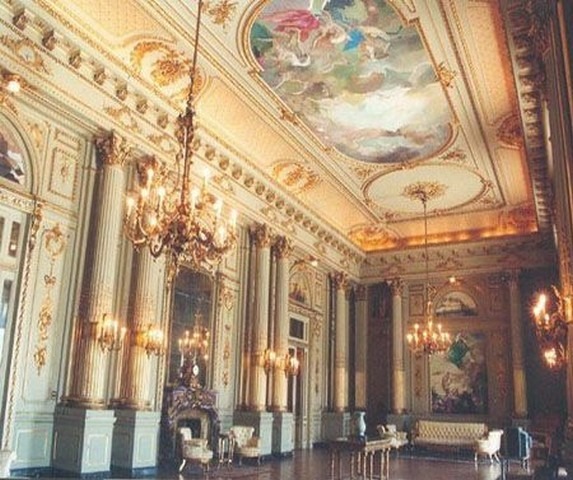 • You can visit the mosque in the palace, which is the Mohamed Karim Mosque – a heroic historical figure who resisted the French campaign when it invaded Egypt – and the mosque is characterized by being completely covered with marble from inside and outside, as it is characterized by a mix between the Andalusian and Mamluk styles. 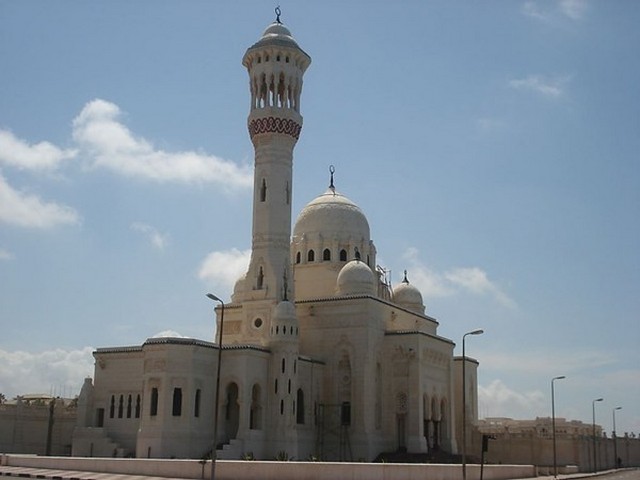 In the end you can stand a little to see the railway train connected to the palace that was used by the royal family to enter the palace directly upon return from Cairo. 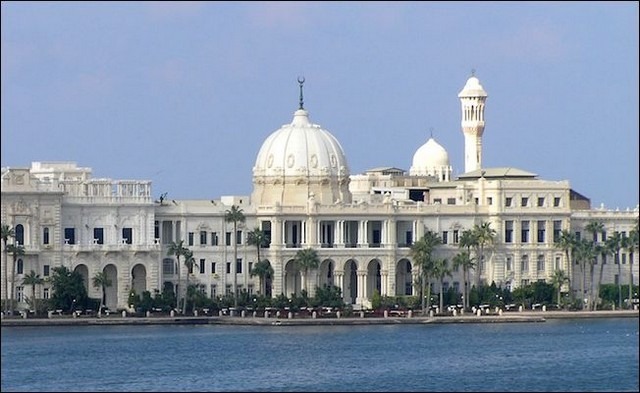 Cherry Maryski Hotel is one of the best 4-star hotels in Alexandria. It is 2.6 km away from Ras El Teen Palace.
Reviews of Arab visitors at this hotel
The hotel was rated good for cleanliness, staff and breakfast, some mentioned lack of some room facilities.

Alexander the Great is one of Egypt’s best 3-star hotels in Alexandria, 2.6 kilometers from Ras El-Teen Palace.
Reviews of Arab visitors at this hotel
The hotel got a good evaluation of the cleanliness, staff, facilities and value for money, some mentioned the problem of the hotel location.

The site of Ras El Teen Palace in Alexandria

Articles you may also be interested in in Alexandria:

Alexandria hotels: guide to the best housing areas in Alexandria

The best 4 hotel apartments in Alexandria

The 10 best tourist places in Alexandria