The 6 best activities at the Schilthorn Interlaken Switzerland Summit

The most beautiful Arab country

The best 4 of Beirut Gardens that we recommend you visit

The 5 best apartments for rent in Beirut Recommended 2022

The National Museum of Beirut is the shelter of civilized treasures in Lebanon as a whole, as it is called “Beirut National Museum”, and it is a destination for visitors from different parts of the world.
The National Museum was inaugurated in 1942, as soon as the First World War ended. The archaeological treasures of the museum numbered one hundred thousand artifacts dating back to the Middle Ages and prehistoric times, as well as the Mamluk era and Islamic civilization.
In 1975 the Lebanese Civil War erupted, which came on the Green and Land. The Lebanese National Museum was one of those damaged facilities, especially the Egyptian Revival Division, but the rest was saved and after the war ended the museum was renewed to show us its current form.
Let’s take a look at the most important activities that you, dear visitor, can perform at the Beirut National Museum, as well as the museum’s location, entrance fees and opening times, as well as the best Beirut hotels nearby.

The best things to do at the Beirut National Museum

• Watch the progress and splendor of Egyptian-French architecture, as evidenced in the design of the Lebanese National Museum, which depends on the Lebanese limestone and consists of a cellar topped on the ground floor and then two floors and a marquise. The museum is covered with panels and glass roofs penetrated by sunlight to give natural lighting.

• Start your journey from the ground floor of the Lebanese National Museum and see how beautiful the eighty-three exhibits are coffins and statues as well as mosaics. 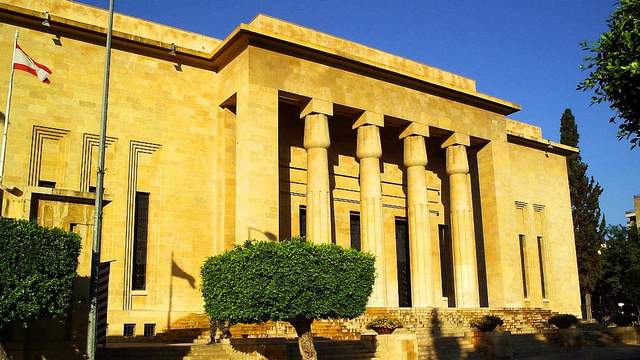 We move from the ground floor to the upper floor, which has a much larger number of exhibits than the ground floor, where the contents of this floor reach 1243 amazing artifacts that vary in size between small and medium pieces and represent prehistoric times until the era of the Ottoman civilization.

• The exhibits show how a prehistoric person lived from the ancient Stone Age to the modern Stone Age, where we find the war, hooks, and clay pots that were collected from the rock caves in Lebanon.

• Explore the progress of the Bronze Age, where knowledge of the alphabet and the development of trade. The most important archaeological exhibits of this era are the coffin of King Ahiram, in addition to several statues of gilded bronze, crown and scepter of King Ib Shimo, jewelry of King Abi Sheemi and many others.

Read:Report on the Monroe Hotel Beirut

• Learn about the Iron Age and the climax of the Phoenician civilization in Lebanon, which is evident in the coffins of human marble, the statues of the Temple of Ashmun and the busts with horns of oxen. 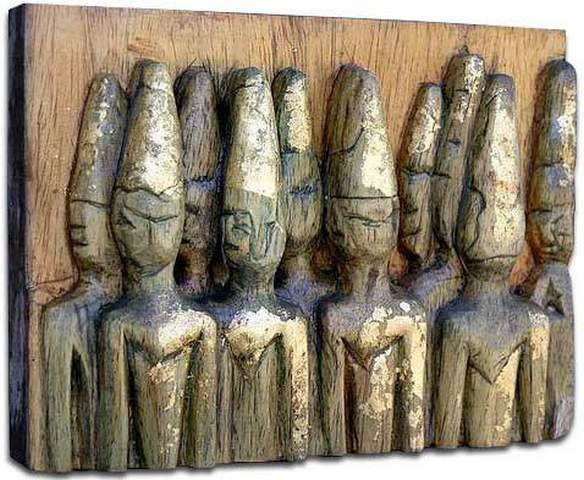 • Watching the statue of Aphrodite and the statues of the Greek goddess from the time of Alexander the Great, as well as the ruins of the Romen and Byzantine period, and finally the Islamic conquest.

Working hours at the Beirut National Museum start from 9:00 am until 5:00 pm all days of the week except for Mondays.

The best hotels near the Beirut National Museum

The Smallville Hotel It is one of the best 5-star Beirut hotels located near the Lebanese National Museum, where the museum is only 260 meters away, i.e. 1 minute by car.

The hotel impressed its visitors and rated it great in terms of cleanliness, comfort, facilities, staff, breakfast and value for money.
There are notes on the small bathroom space.

Alexander Hotel It is one of the best 4-star Lebanon hotels in Beirut, which is located near the National Museum of Beirut. The distance between them is estimated at about 1.5 km, i.e. just 7 minutes.

The location of the Beirut National Museum on the map

Articles you may also be interested in in Beirut:

The most important tourist places in Beirut

The best 5 of Beirut malls

The best 4 of Beirut restaurants

The 5 best apartments for rent in Beirut Recommended 2022

Report on the Habtoor Hotel Beirut

The best places in Phuket

Tourism in New Zealand and the most beautiful places

The best 4 activities when visiting a flower garden in Dubai, UAE

What is the capital of Finland

Your destination towards calm and picturesque nature in Syria

Where to go in Rome

Important tips to know before traveling to China