Tourism trips in Sharm El Sheikh may be counted as the number of times and clear and magical water spots that you visited during your tours in the city, which inevitably reveals the extent of your mastery of swimming and enjoying diving among hundreds of marine creatures, coral reefs and rare water forests, and even the size of your madness and your desire for isolation and recreation and emptying your pent-up energies that may have paid For a safari, desert camping, paragliding and windsurfing, it cannot be said that you did everything that was previously referred to fully without visiting Nabq Bay, one of the most beautiful paradises of earthly earth in Sharm El Sheikh.

To get to know the location of Nabq Bay Sharm El Sheikh and the best of its fun and exciting activities for its visitors, you can follow the article.

The Nabq Bay area in Sharm El Sheikh includes a group of the most beautiful hotels of Sharm El Sheikh and tourist resorts overlooking the Red Sea coast. The link deals with the best of these hotels and resorts according to its visitors’ evaluation of the level of services, facilities, prices offered and other factors monitored by the website … Read more 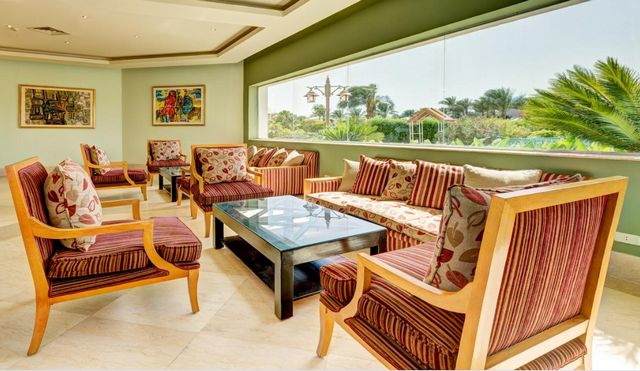 While visiting Nabq Bay, you can enjoy a number of exciting activities and visit a number of the most popular and attractive places for tourists during their holidays in Sharm El Sheikh, such as:

• The cleanest and purest beaches of Sharm El Sheikh ever and one of the most important tourist attractions in Nabq Bay that you can visit to get enough relaxation and recreation during your trip in front of the clear turquoise sea water and the soft sand of coral beach that encourages children to play and have fun.

• You can also enjoy swimming and diving among dozens of different species of fish and water creatures and rare and unique colorful coral reefs, while enjoying a sunbath and a view of the rocky hills that emerge from the heart of the waters and surrounds it from everywhere.

• It is worth noting that the beach is located within the Nabq Nature Reserve and provides great opportunities for a romantic dinner or delicious Bedouin food during the trip. 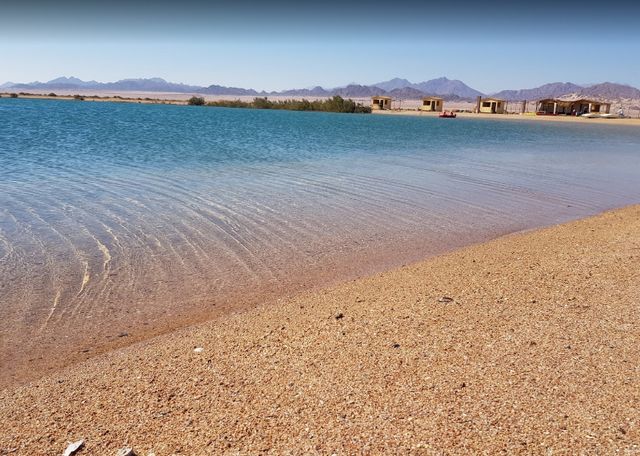 • The largest and most famous protected areas in Sharm El Sheikh, with a total area of ​​600 square kilometers, most of which is land, during which you can enjoy meditation and photograph various and rare categories of plants, forests, animals and wild birds, in addition to an area of ​​water hosting mountains and rock caves, which is also ideal for swimming and diving … Read more 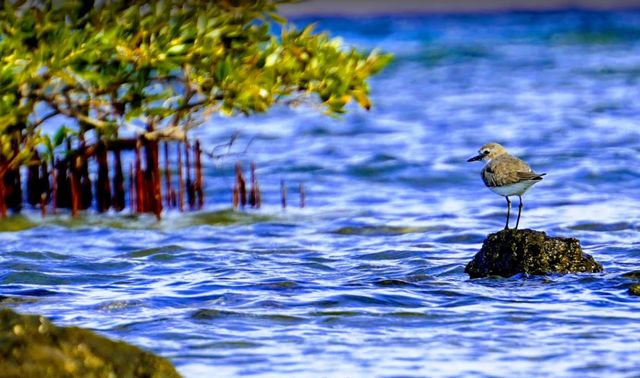 • Al Gharqana is one of the best tourist areas in Nabq Bay, where you can satisfy your curiosity by watching the ancient German ship sunk its entire contents, then entertaining yourself by attending a concert on the Roman theater. 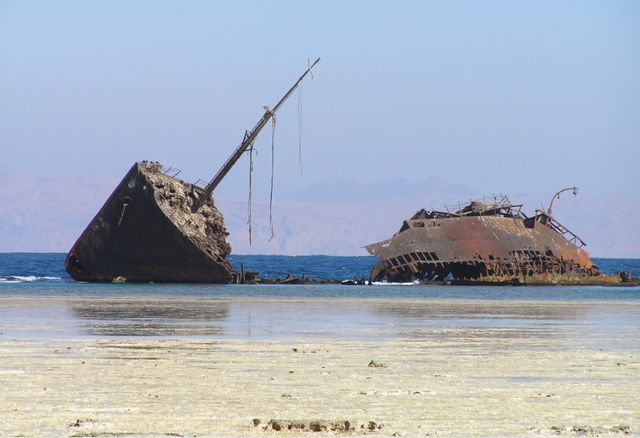 • The Nabq Bay Sharm El Sheikh area provides you with a great opportunity for desert safaris and camping trips organized by several local tourist agencies, where you can explore the Sinai desert on a car or four-wheel drive or even horses and camels and explore their unique wild resources in close proximity.

• You can also stay overnight in its glistening sky at night, while attending a traditional Bedouin evening filled with the aroma and taste of delicious barbecues and the distinctive taste of tea against the folkloric background of songs and folk dances. 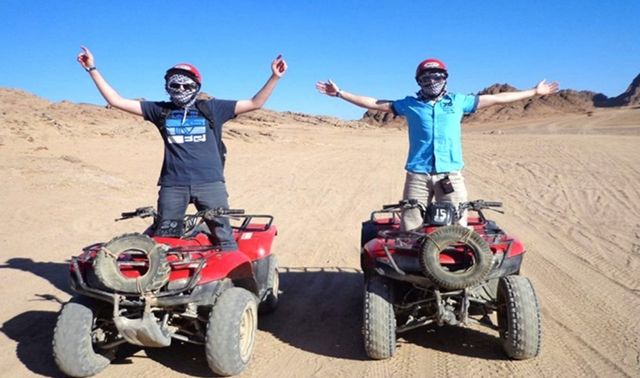 • Away from the steep desert character of South Sinai, when visiting Nabq Bay in Sharm El Sheikh, you can experience a little excitement and adventure through water sports in the waters of its fresh sea through an experience that may not be repeated with the same beauty elsewhere.

• There is a group of diving centers and clubs in Nabq Bay, which offer training, and then individual snorkeling, diving, surfing and paragliding, where you can enjoy the magical beauty of the city from above the sea level and under its hall on one holiday. 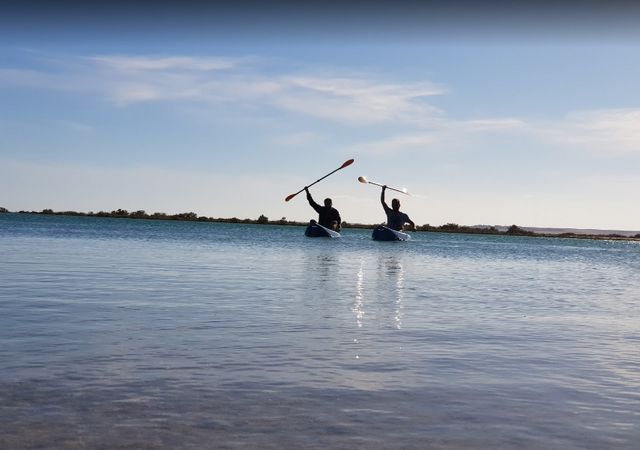 • Daria Mall is almost the only shopping place in Nabq Bay in Sharm El Sheikh, and you can shop the finest souvenirs such as traditional and traditional Bedouin and Egyptian clothing in general, Pharaonic statues, ceramic crafts, handicrafts, oils, herbs and high-quality cosmetics. 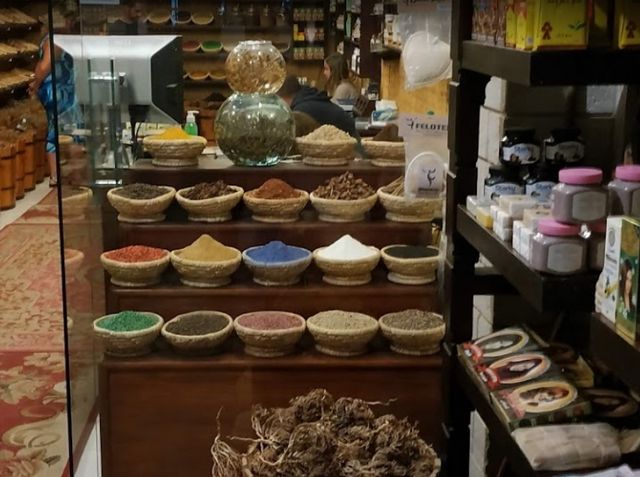 • Nabq Bay area includes a series of the best specialized restaurants in Sharm El Sheikh, which are located in the vicinity of 1 – 2.5 km from the region at the latest. 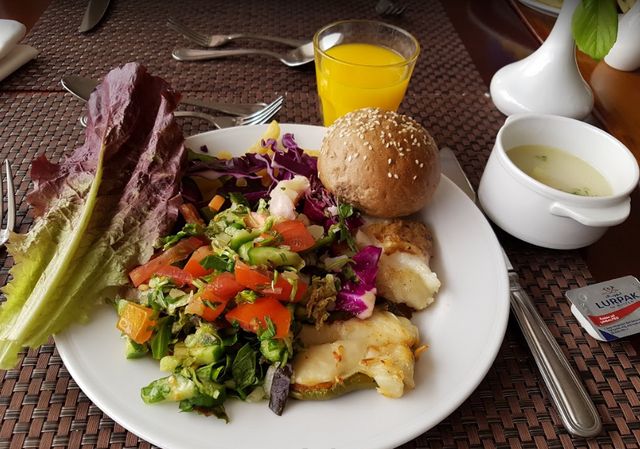 Where is Nabq Bay located in Sharm El Sheikh?

Nabq Bay is part of the Gulf of Aqaba in South Sinai, and more clearly it represents that area that combines water and land between Sharm El Sheikh, Dahab and Wadi Adawi Valley.

To learn more details about the location of Nabq Bay Sharm El Sheikh on the map, you can see the form provided by Google Maps: