Report on the Novotel London series

Cairo’s most famous tourist attractions are recommended to visit

The 6 best activities in Timgad Batna

The tourist desert of Algeria is part of the Sahara, which is located in north-central Africa, and occupies more than four fifths of the Algerian territory, and includes many places of tourism in Algeria that are worth a visit.
The desert begins from the desert Atlas mountain range, where the colored rocks, to the dunes desert, and in the southeastern parts are the Tassili Nagar mountain range, which is of great archaeological interest and is classified as a UNESCO World Heritage List. 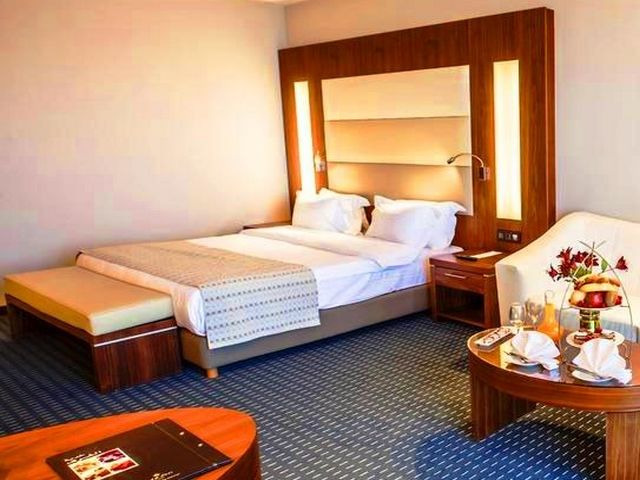 The best places in the Algerian desert

Tourism in the desert of Algeria is characterized by a unique diversity, starting from monuments dating back to different antiquity, to sand dunes and natural oases, which we will talk about some of them in our report.

The Tassili Nagar mountain range is located in southeast Algeria, which is a national park and reserve, and it is one of the most famous and visited places of the Algerian desert desert.
The beauty of this series is highlighted by its steep rocky mountains, and it includes one of the most important prehistoric cave collections.
The mountains cover an area of ​​more than 72 thousand square kilometers, and it was included in the list of UNESCO World Heritage sites in 1982.

Read:The 3 best beaches in Jijel Al-Awana we recommend you to visit

Timimoun is a town located in the state of Adrar, built in a desert oasis bearing its name. It is distinguished by its scarlet gateway and its buildings are made of red clay and dirt.
The town includes many beautiful red clay palaces, as well as the salty sabkha lake and the Tadimite Plateau in the southeastern part of it.
Timimoun is considered an important tourist place in the Algerian desert, especially in the winter season, which increases the splendor of the colors of its buildings.

The town of Taget

Taghit is located in the valley of Zouzvanah, which supplies it with the waters of its river cut under the ground, and extends alongside the second largest race for sand dunes, and includes the Taghit Palace, which was built in the 11th century AD.
Taget is described as the tourist jewel of the Algerian desert, which enjoys the beauty of palm-fringed oases, towering sand dunes, and an unparalleled natural diversity.
With its dunes and wonderful nature, the town is an ideal place for fans of desert safaris, climbing sand dunes and rocky mountains.

The Valley of M’zab is an astonishing geographical region, located in the province of Ghardaia, covering approximately 8,000 square kilometers from the north of the Algerian desert.
The valley includes a limestone rock plateau, 800 meters above sea level, and classified as a UNESCO World Heritage Site.
The plateau contains a group of traditional human habitats, and the cities of the desert castle, which are strange to an extent of surrealism, some of which date back to the 10th century AD.

The Hoggar Mountains are located in the central Algerian desert, near the Tropic of Cancer, and cover an area of ​​approximately 550,000 square kilometers.
The area is considered a desert rock with an average elevation of 900 meters, and the highest peak is Mount Tahat, which rises 2,908 meters above sea level.
And the mountains are made of metamorphic rocks very beautiful, and about two billion years old, and there are many dramatic climbing peaks.

Ain Salah is an oasis located in the heart of the picturesque tourist desert of Algeria. It was once an important commercial link to the caravan route.
The moving sand dunes cut the town in half, and its back parts include four ancient red brick palaces each with its own castle.

Arak is a mountain range in the town of Ark, Tamanrasset, Algeria, surrounded by a dry valley through which the River of Sculpture crossed the facades of the chain, which reaches the highest peaks of 500 meters.
Despite the extremely dry climate, some desert plants and animals live in the valley, such as the Rainbow Harvest.
There are no permanent human settlements in the area, but the presence of some tools and burial mounds indicates the occasional human presence throughout history.

The city of Bani Abbas

The city of Bani Abbas is considered one of the most important tourist cities of the Algerian desert in the province of Bechar. The city is famous for its white oasis and the jewel of Saoura.
The city is embraced by many tourist attractions such as the historic Oasis Palace, and various museums that tell stories of rock sculptures and the animal and vegetable revolution.
The city of Abbas also includes many mountains that lie within its surroundings, the most important of which is the Al-Waqara Mountains series, which is located around the village of Al-Waqara. 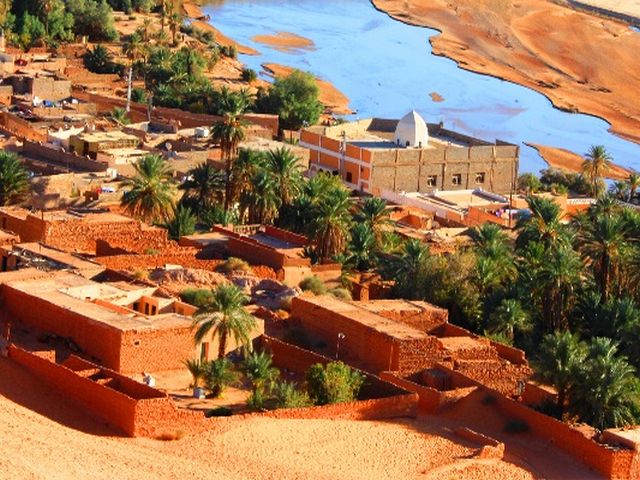 Where is the headquarters of UNICEF?

What is the most famous street in France

Where is the Shubra Palace?

The best 4 villas for rent in Langkawi Malaysia 2022

The most famous tourist attractions in Bosnia for youth