Dive sites in the world are varied and many, each of which differs according to the natural environment, from different environmental systems and marine biological diversity that is distinguished from one spot to another, and each of them is unique to climates with certain factors that are distinguished by unique water plants, and some are reserves that contain rare animals living under the sea in Places of exotic charm and beauty, the following diving sites are among the best in the world. 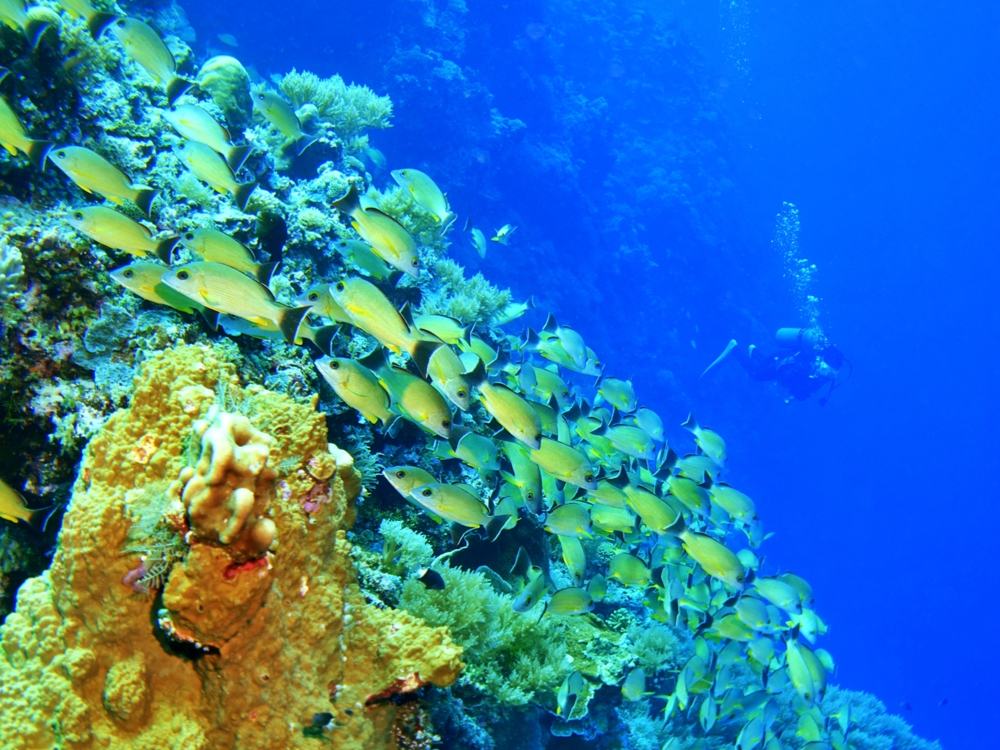 Palau is a group of islands located in the Pacific Ocean, 800 km east of the Philippines, consisting of about 300 separate islands, and its beaches extend at a distance of about 1500 km. These islands have been famous over the years for diving sites near sunken shipwrecks, and also includes a vast area of ​​reef Coral contains more than 1000 species of fish of various types and colors, and many types of wildlife underwater, from plants and exotic creatures, from tropical fish and turtles, and many other amazing creatures, which made it a wonderful tourist destination for diving hosting more than 50 thousand tourists annually. 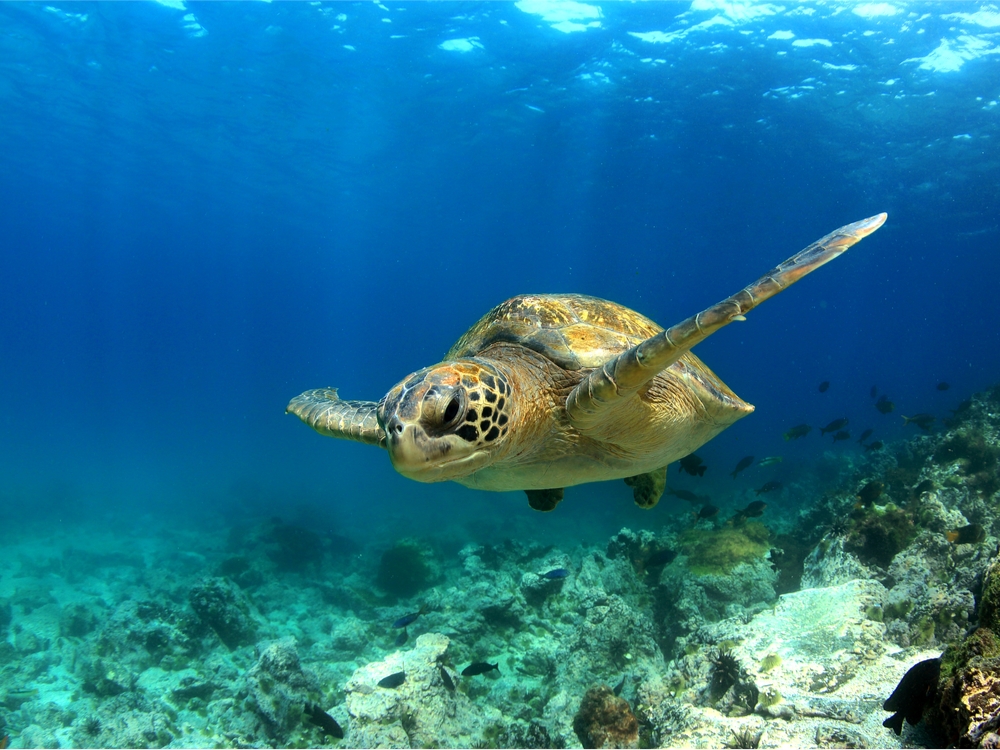 It is an archipelago located off the coast of Ecuador and consists of 13 large volcanic islands and 6 smaller islands, and it remains one of the best places for underwater adventures, when visiting these islands can see many wildlife creatures in addition to the water during diving, as abundant endemic marine species abound In it, like a giant tortoise and scarlet sea crabs that are similar to the species that live in the Atlantic Ocean, that the region is rich with beautiful creatures, especially in the depths of the sea, which makes diving in it a distinct experience that receives great attention from tourists. 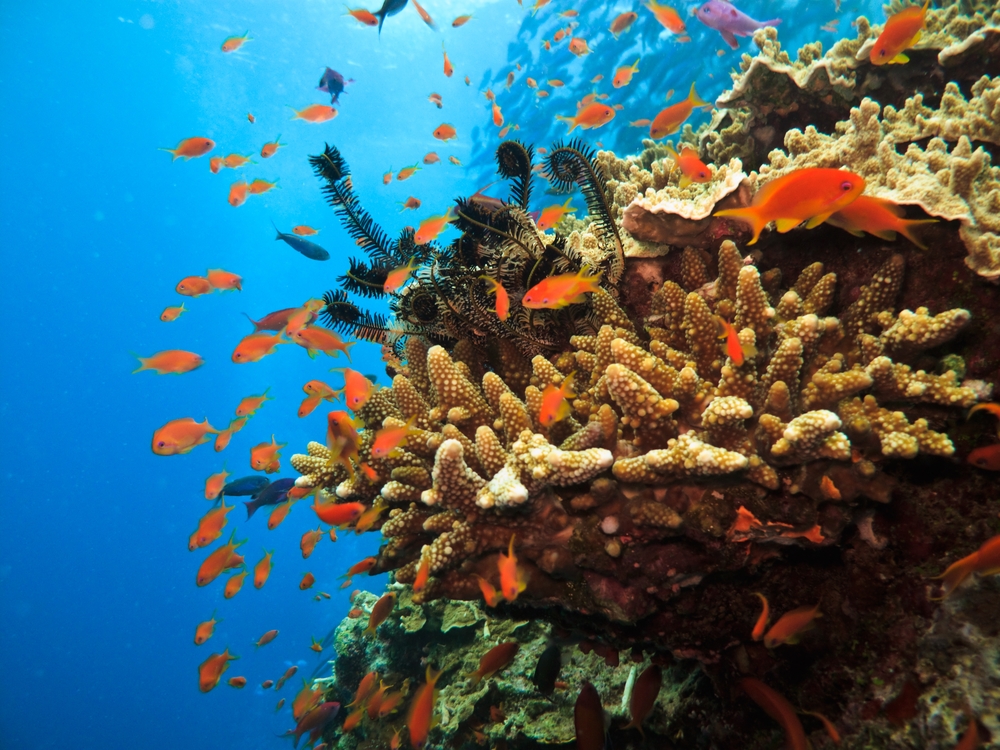 It is located near the state of Queensland in northern Australia and extends for a distance of 2300 km, and is one of the most important diving sites in the world, as it is a huge formation of coral reefs, which is home to a large number of marine organisms, including animals and plants, as it includes more than 350 types of corals that It is home to a large number of aquatic organisms that are distinguished by their beautiful shapes and colors, and the torus is one of the most beautiful places for diving, as tourists who wanted to enjoy the most crowded places of the world have always been welcomed by marine animals, and was chosen as a World Heritage site in 1981. 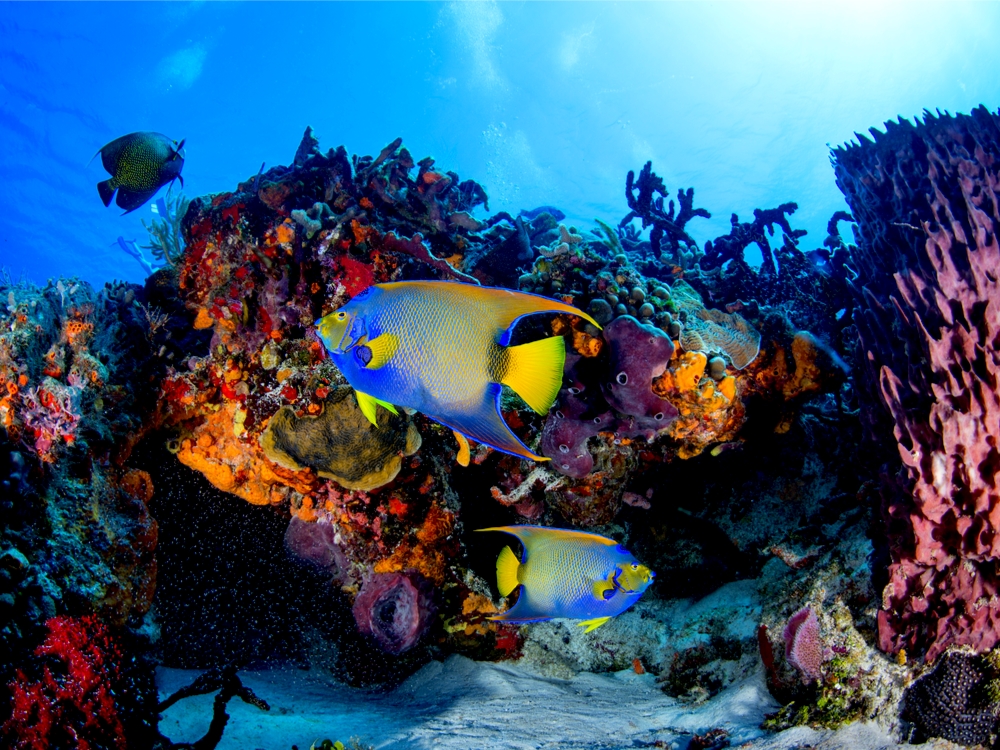 It is an island belonging to Mexico located in the Caribbean Sea, and is considered a popular tourist destination and one of the best places for diving, as it includes a large number of the best beautiful tourist resorts visited by amateurs and professional diving in large numbers, as it contains 19 types of different coral reefs and marine caves, which can Discovering them by diving to relatively large depths needs training provided by these resorts. In addition to the various marine creatures included in these diving areas, they also include underwater attractions, the most prominent of which is a large statue of 17 meters deep. The Palankar Reef site, on the southwestern tip, remains one of the best on the island. 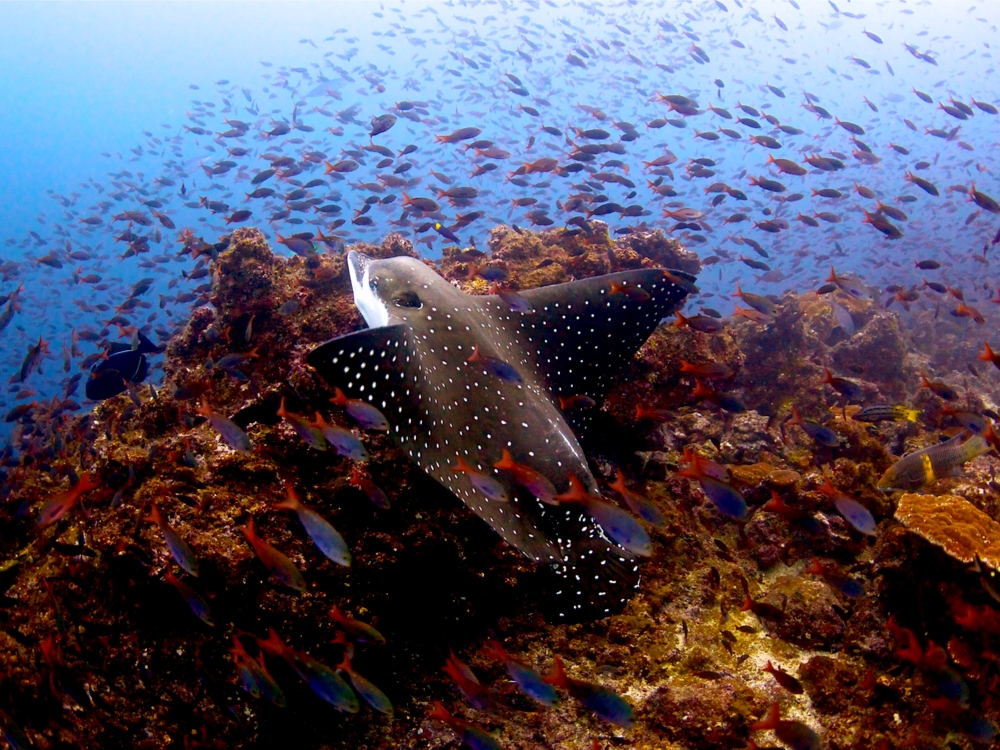 It is located in the Pacific Ocean, 300 miles southwest of the Costa Rican coast of Cabo Blanco, and houses more than 27 species of fish, including exotic bat lips, hammerheads, dolphins, giant Murray eels, sailfish and silky sharks. Silver sharks and octopus. Costa Rica generally includes some of the most diverse environmental oceans in the world, and contains the most beautiful places for diving, including underwater volcanic rock formations, solid coral reefs and biological reserves, and Cocos Island is one of these best places to practice diving with sharks and large whales. 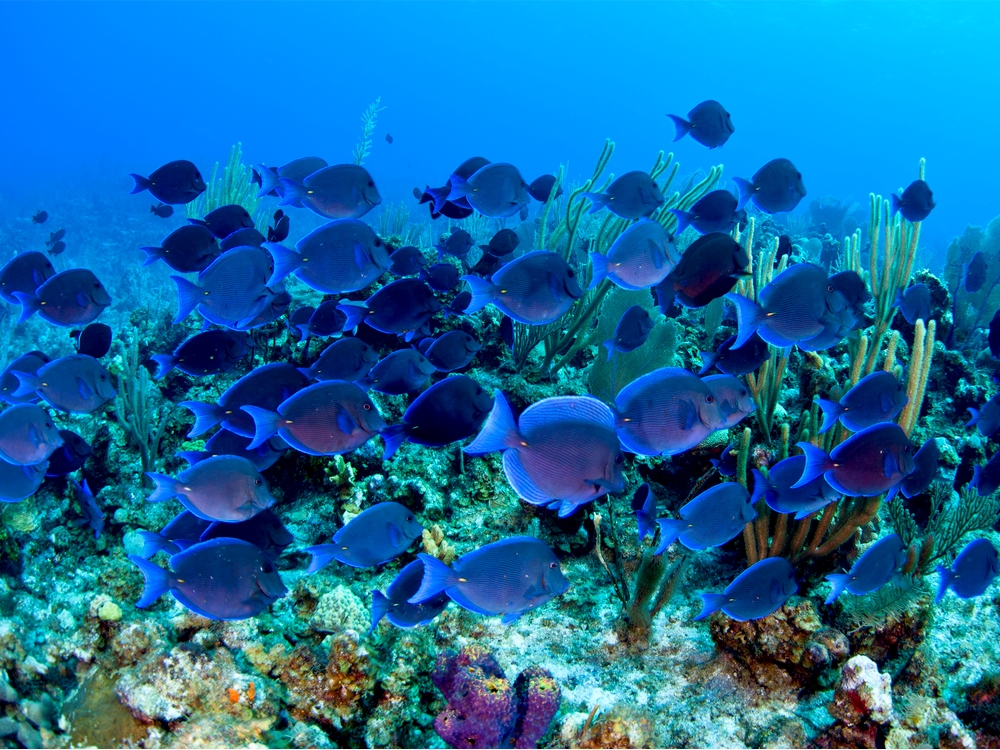 It is a region of Britain located in the western Caribbean, and it is formed from the Greater Cayman Islands, Cayman Brac and Little Cayman, and these islands are one of the prominent tourist destinations in the world for diving, as it receives more than 100 diving trips per year, during which visitors enjoy the diversity of marine life that is filled with coral reefs. There are also two sunken ships off the Cayman Brac Island, and a lot of shipwrecks off the Grand Cayman coast. 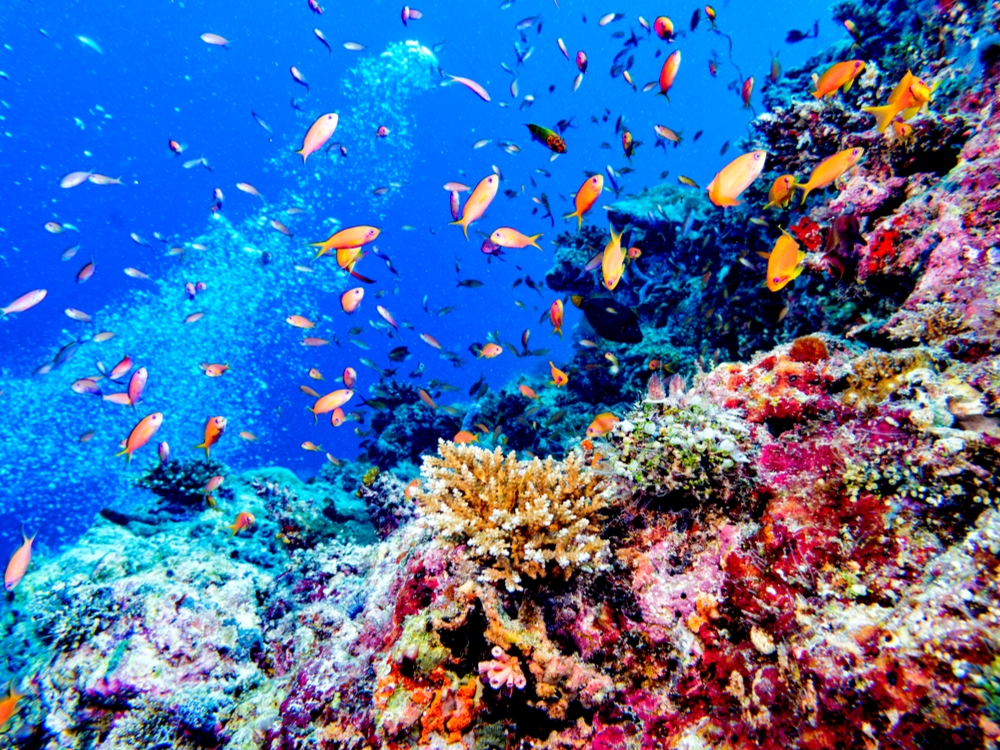 It is located in the Asian continent in the Indian Ocean and it consists of twenty-six coral islands, and it is one of the most important tourist destinations for marine activities enthusiasts in general, in addition to being ideal for diving lovers, as it contains many plants and exotic animals that constitute the marine biology system in beautiful coral reefs In the region, which is replete with exquisite species of fish such as wahoo, tuna, trivali, shark, whale, eel, turtle, barracuda and parrot. 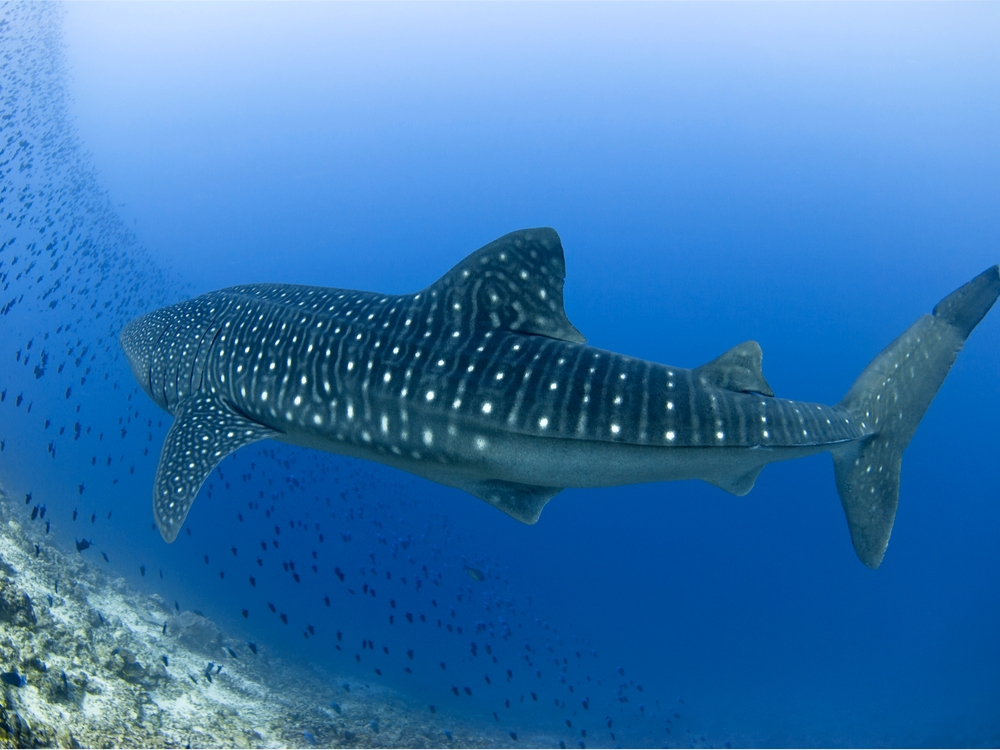 A traveler to Papua, which is one of the provinces of Indonesia, and West Papua, which covers the entire Cape of the Bird Island and the surrounding islands, finds a number of unique locations that include beautiful worlds in the depths of the sea, and vast areas of dense coral reefs that enjoy various types of Western marine creatures, in addition to this. To the wrecks of sunken ships since World War II. The Raja Ampat Islands remains a popular diving place where more than 75% of all known fish live, in addition to being the ideal diving site due to the easy access to coral reefs. 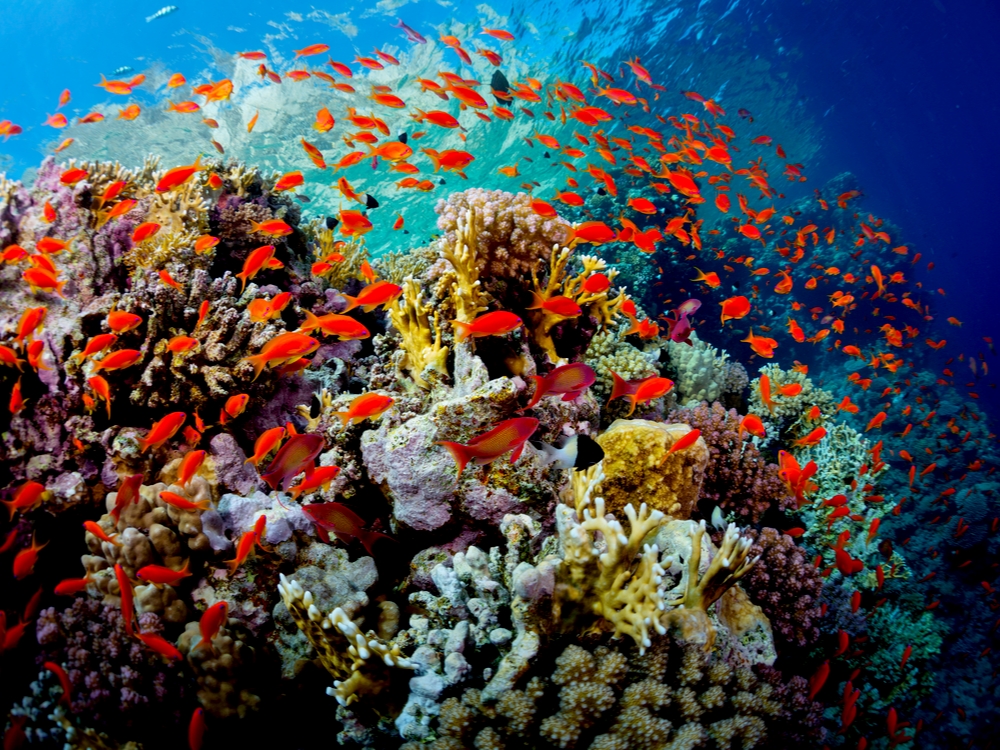 It is an Egyptian marine reserve located in South Sinai, 12 kilometers from Sharm El Sheikh, and separates the natural rocky walls of the eastern edge of the reserve between it and the Gulf of Aqaba, surrounded by coral reefs of various shapes and colors on all its marine sides and form a unique composition that greatly affects the natural life of the region It abounds with colorful fish and rare aquatic life, making it one of the best natural reserves in the Arab world, and even a great tourist place for diving. 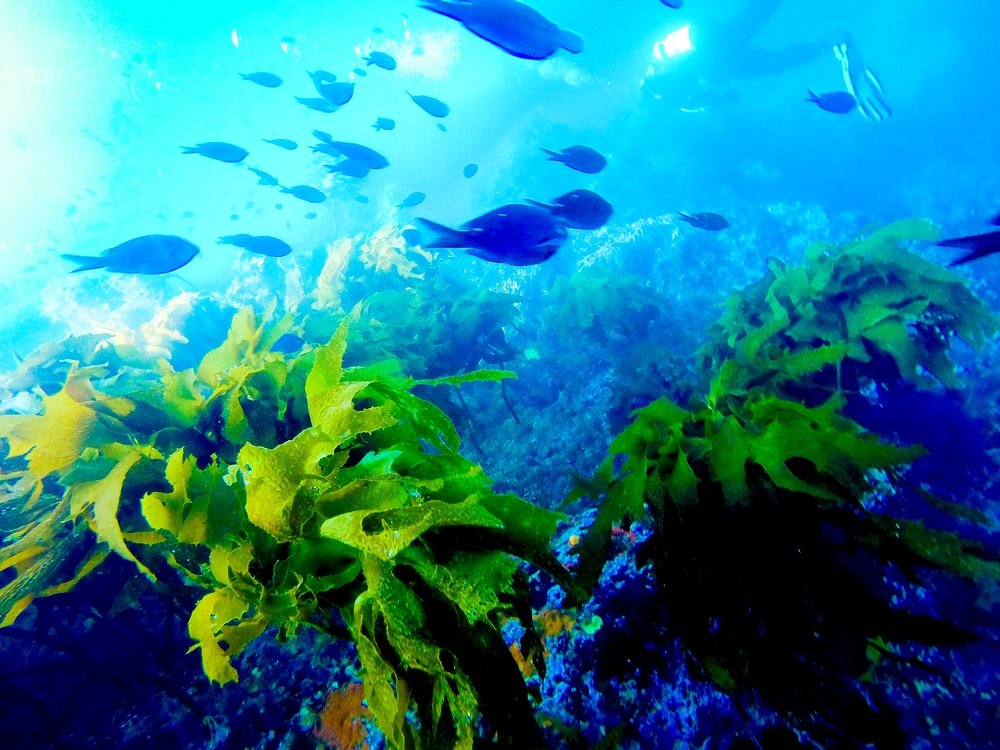 It is a group of islands off the east coast of the Northland region in the North Island of New Zealand, and includes a reserve that is one of the country’s marine sights, about 23 km from the Tutukaka coast. It is also one of the ten best diving sites in the world thanks to the warm currents you know and the clear vision In which. Scuba boats are found in more than fifty sites that enjoy the most diverse marine life, including subtropical species, as well as algae forests full of rainbow fish, crabs and shellfish.

Tourism in Odessa Ukraine .. Your guide to a beautiful trip in Odessa “Black Sea Bride” ..

Tourism in Ukraine for families .. the tourist guide for an enjoyable trip with your family in Ukraine ..