The best places for tourism in Morocco with pictures

Here are the most important tourist attractions in Morocco, with pictures, as Morocco has a distinguished geographical location, which made it the first destination for many tourists, especially in recent times. It was no longer confined to its charming destinations, nor its distinctive features, but expanded to include many cultural and artistic events held on its land. This is what we will take a tour of in the following article on Arab travelers.

The city of Rabat

It is the official capital of Morocco, and is considered the main center of the existing monuments, especially museums and shrines. This is in addition to the Romanesque shawl gardens and the beautiful Palace of the Valleys, in addition to spending the happiest times in modern entertainment places in Rabat. 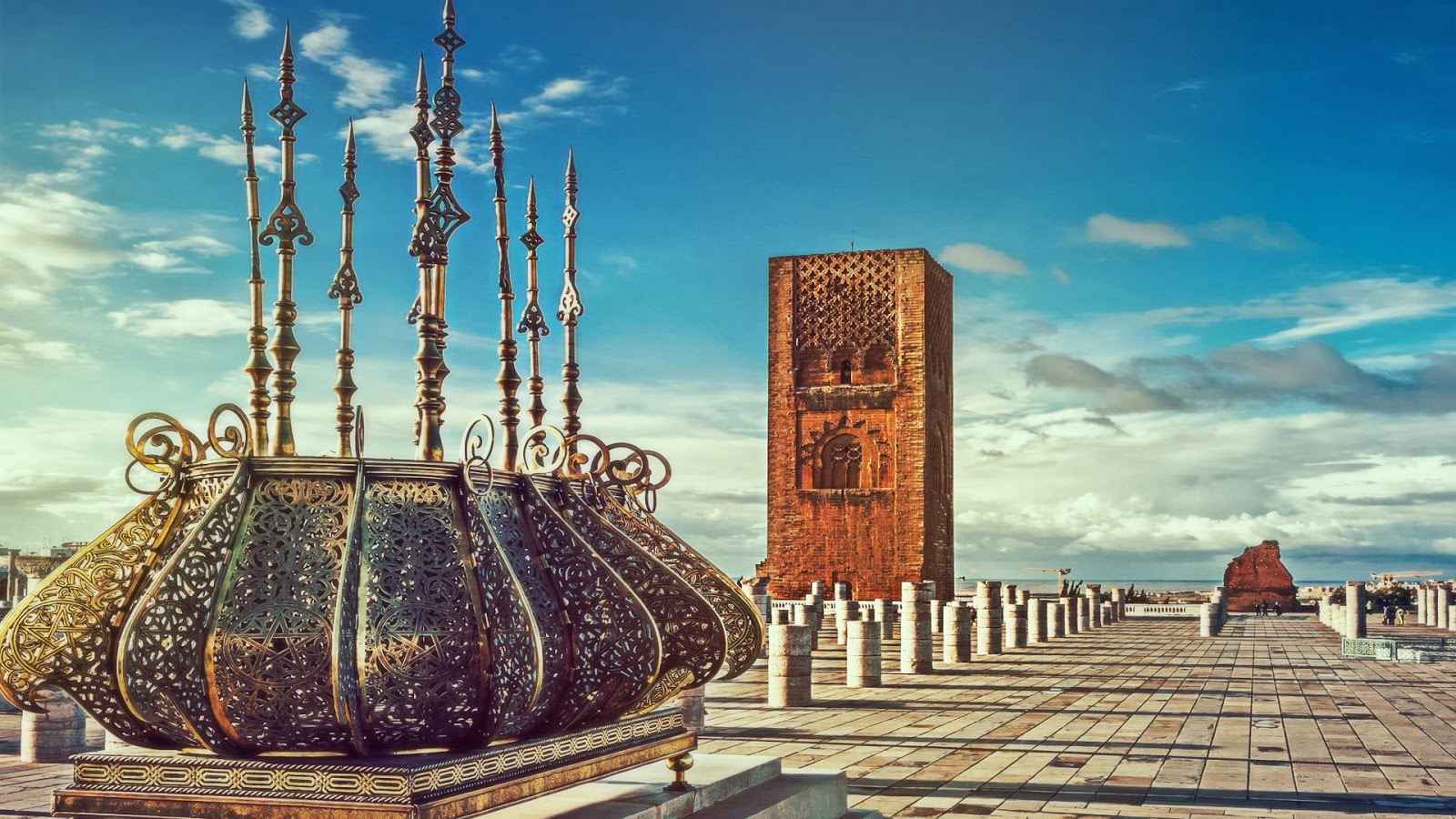 The city of Casablanca 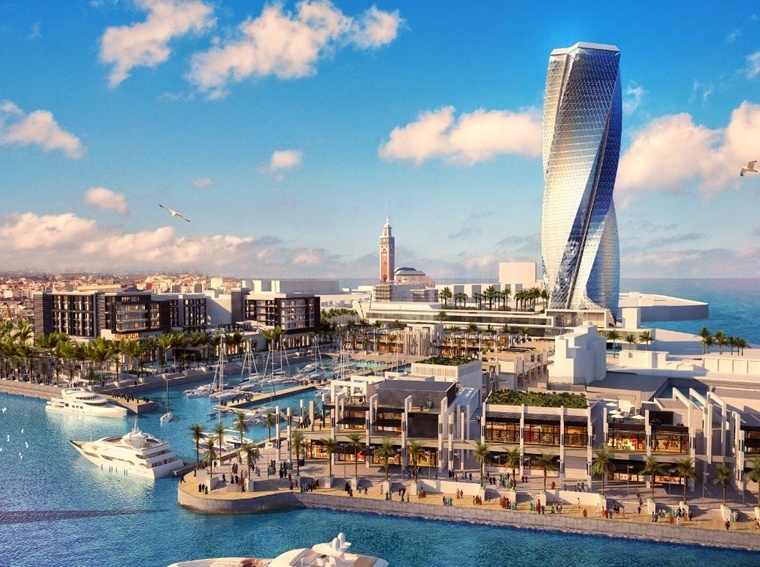 It “The Red City“, And”Palm City“It has the sixth rank in the world as the best tourist city because of its high-level tourism hotels, and the presence of tourist attractions such as the Alpha Mosque, the Battalion Mosque, and Orika and the Lighthouse.
This is in addition to the Moroccan heritage that imposes its effects on it in its great market and the traditional houses that spread there. 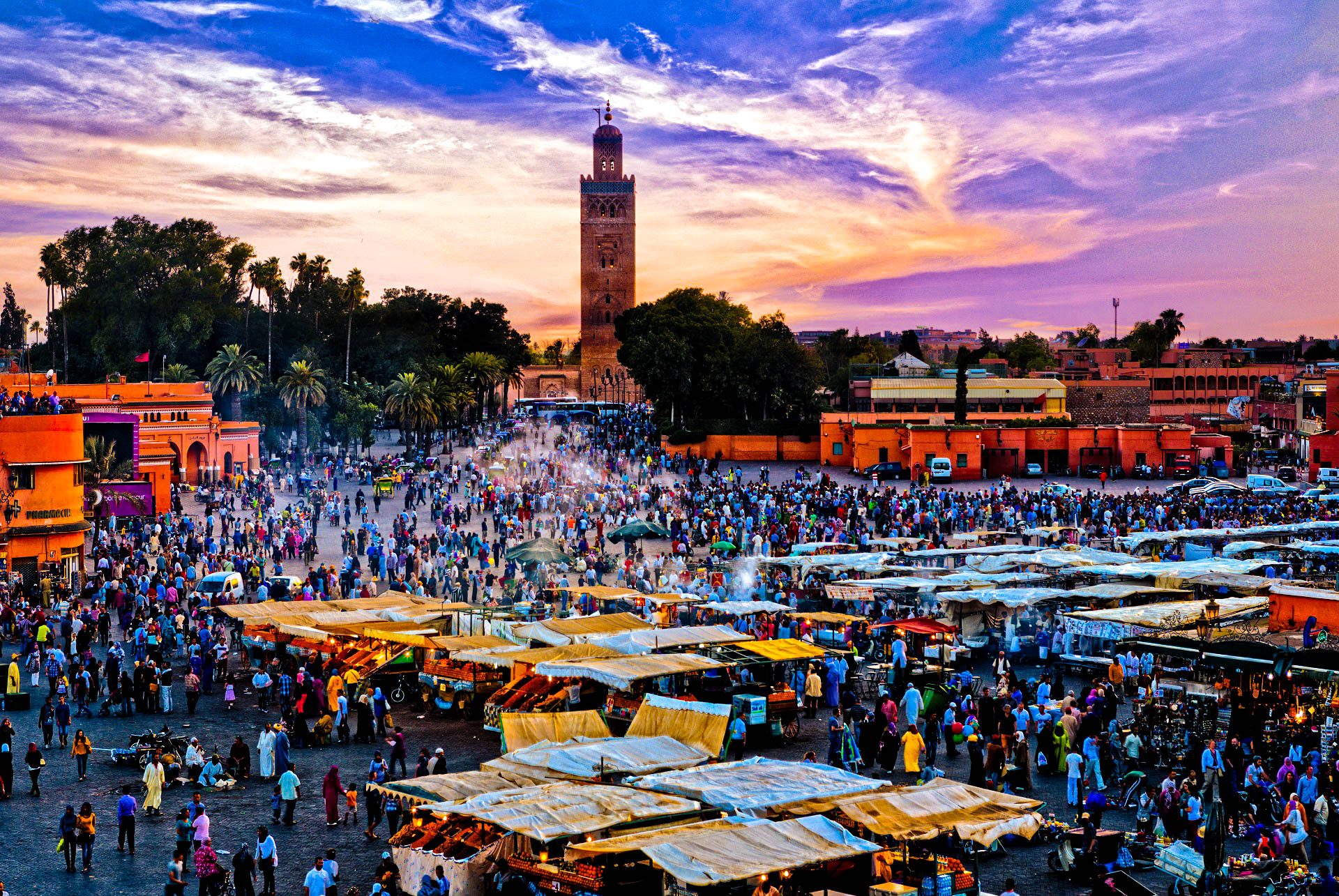 Or Agadir, and is characterized by its tropical climate, which makes it calm to go to the beach of Agadir. It also has many attractions such as the Valley of the Birds, the Olhao Park, the Hope Square, the Crocodile Garden and the landmark of Agadir Ovla. 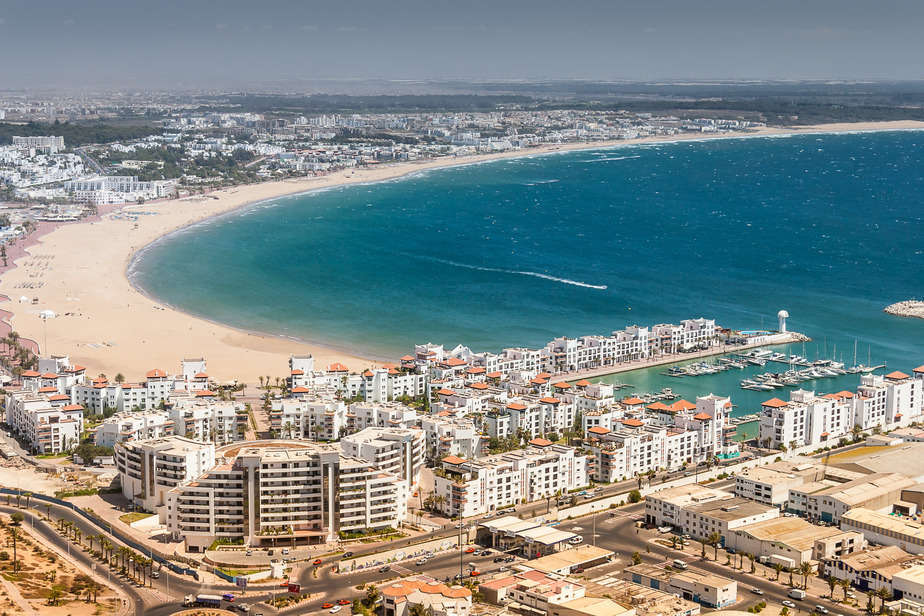 Visitor to Chefchaouen orThe jewel of the North“He only sees them, as all the houses in the city are blue and white. It is characterized by sophistication and calm. Chefchaouen was able to enjoy the love of tourists to spread its view from the top of the mountain.
This is in addition to what is included in the visit to Chefchaouen, such as: Wataa Al-Hamam Square, Tariq Bin Ziyad Mosque, and the Great Mosque. And this is in addition to the necessity of visiting its neighborhoods and streets to enjoy its true beauty in Al-Suwaiqa, Al-Sabbanin, Al-Andalus, Al-Ans and others. 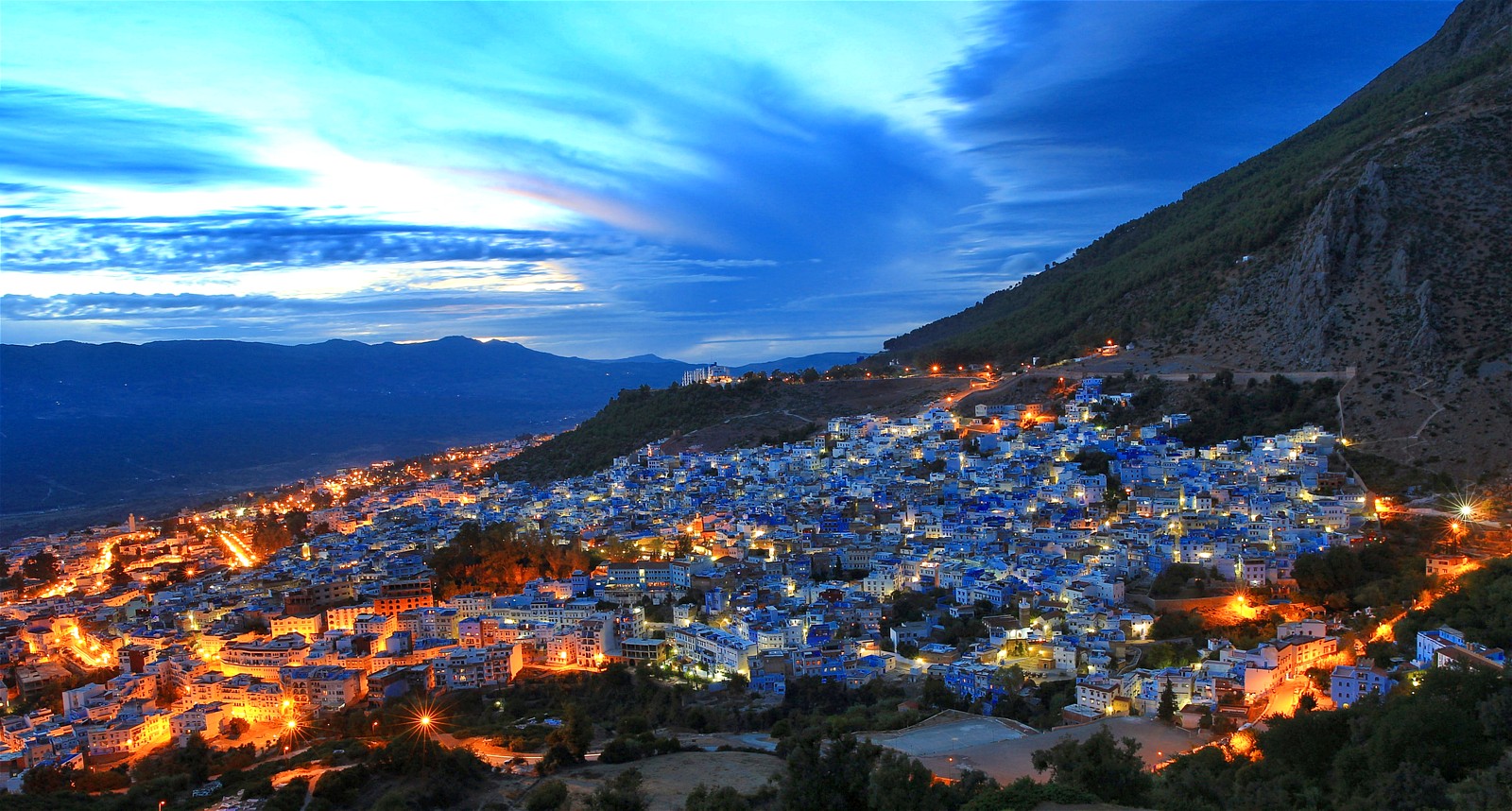 Fes has succeeded throughout the ages to become the spiritual capital of Morocco, as it preserved the spirit of originality and heritage due to the spread of craftsmen, and the doors of houses inscribed on the old styles.
Among the most prominent features of Fez: Al-Qarawiyyin Mosque, Al-Andalusian Mosque, Al-Attarin School, Al-Bouanania School, Fes Al-Bali Fences, Dar Al-Bathaa, and The Carpenters Water Hotel. 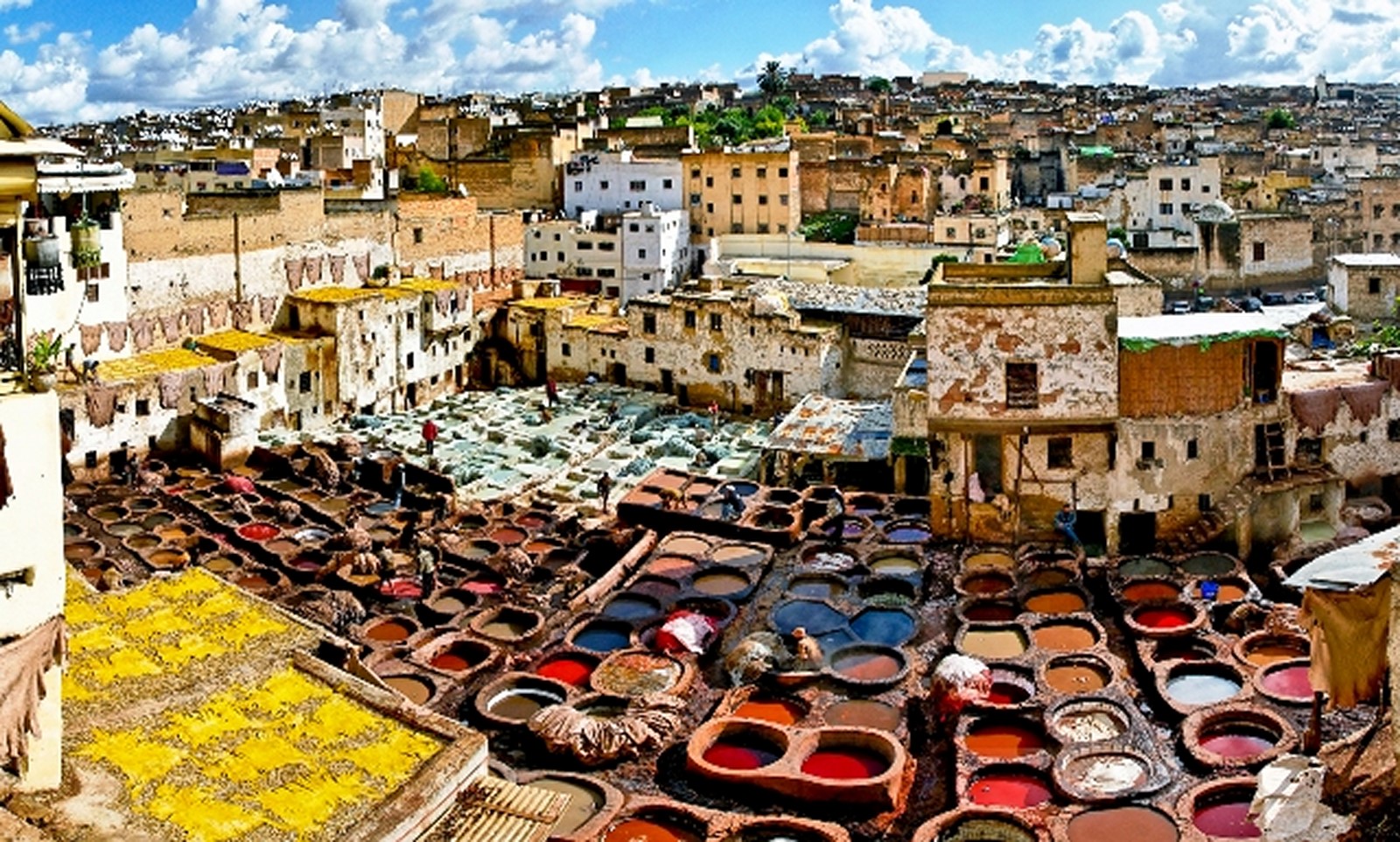 Tangier is the owner of the largest archaeological diversity in Morocco, as it has passed through many ancient civilizations, in addition to being the owner of high tourist value with which she acquired the title of “Bride of Boughaz“. Tangier, the meeting point of the Atlantic Ocean in the Mediterranean.
Tangier is witnessing a diversity of nationalities because it connects the Arab and Western worlds, and among its most prominent features are the Kasbah of Ghaylan, the House of the Makhzen, the Great Mosque, the Mosque of Issaw, the Spanish Church, the Church of St. Andrew, the Great Market Square, and the Museum of Contemporary Art. 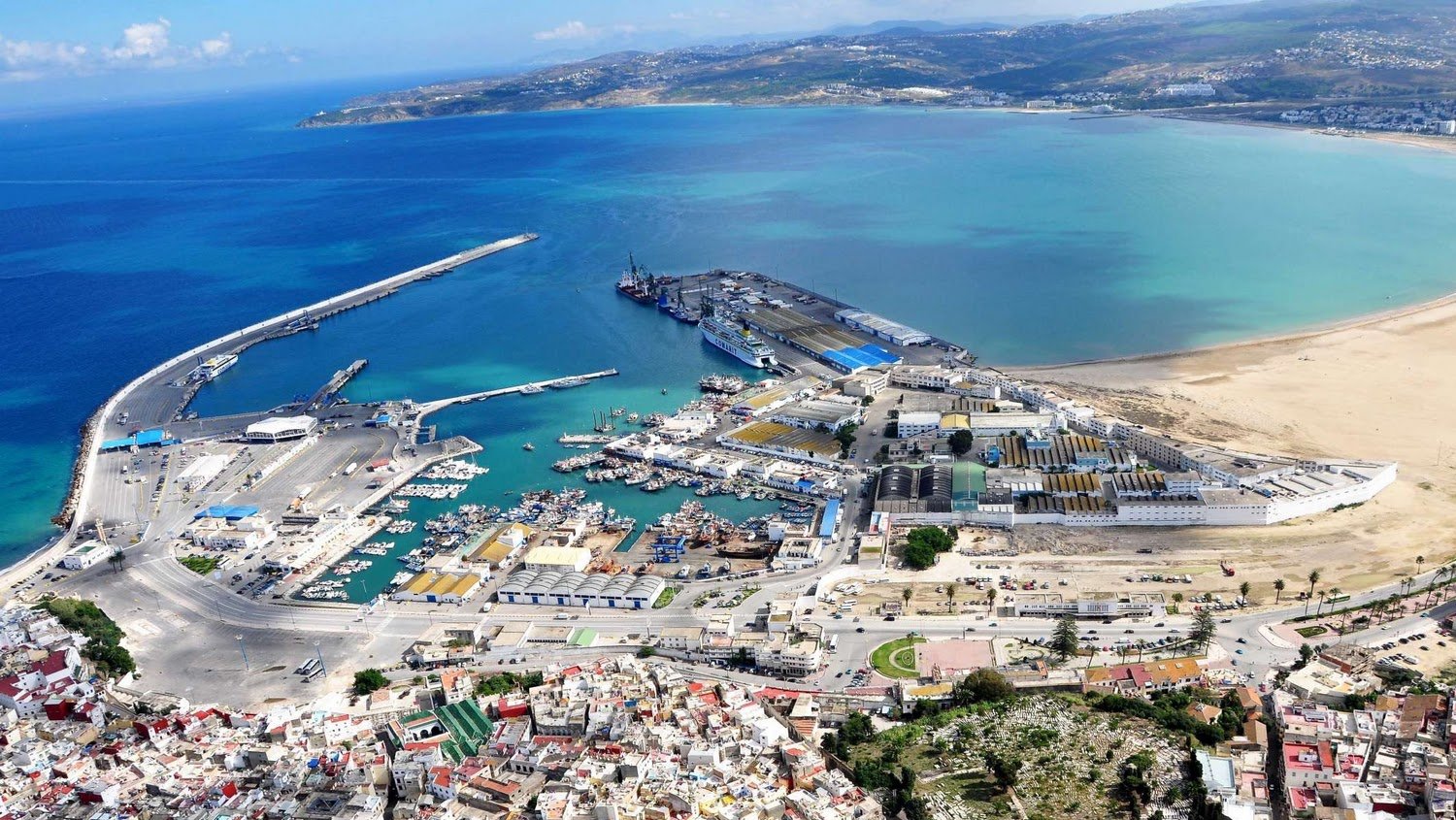 Essaouira is famous for its beach, which overlooks the Atlantic Ocean. This is in addition to its port, the presence of the island of Mogador, and the spread of many arts in it, due to its calm nature and simple people practicing their work in fishing and navigation.
Due to the interest of the Essaouira government in its attractive nature, it took advantage of the picturesque scenery of Essaouira to raise its tourism value, by supporting the old buildings in it, and establishing all modern activities and festivals, and buildings that serve Essaouira. Especially because it is one of the thriving cities of Morocco in summer. 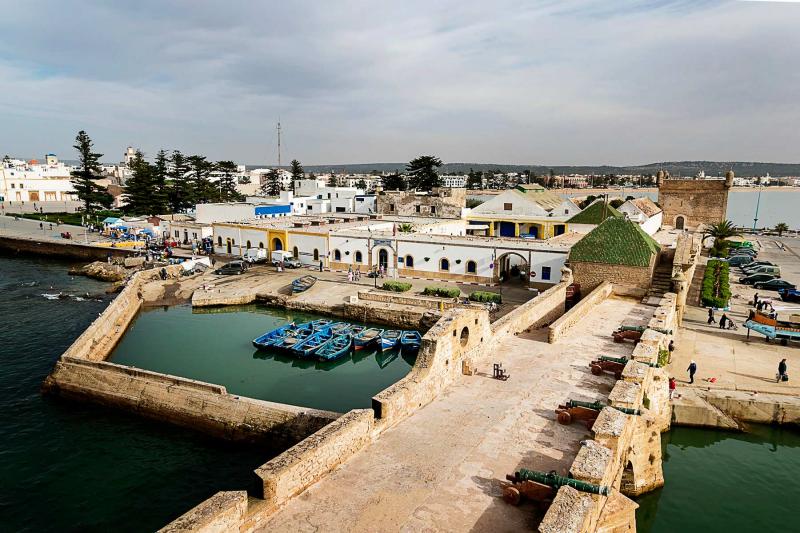