Transportation in Langkawi .. All you need to know about commuting

The most beautiful tourist places in Bahrain for families and youth

Where is the city of Hajar located?

Home ⁄ Aseer ⁄ The best places in the men of the Ma .. Saudi Heritage City with a rich history and amazing monuments
Share on
Facebook TwitterWhatsapp

The best tourist places in Tanumah .. The Saudi city that looks like a fairy tale city

In this article, which we present to you on the Arab Traveler website, we show you the best places in the brightest and sure men
It is a wonderful landmark that will amaze you and gain your full attention due to its beauty and ancient history.
Men of the brightest is one of the cities affiliated to the Asir region and is forty-five kilometers west of the city of Abha, the men of brightest is considered
A mountain city surrounded by mountains from all sides and stunning landscapes, but it is more rich with archaeological sites and tourist attractions
Which tourists come from all over the world and all over the world to visit because of its beauty and historical importance to the world and
Not only for the queen. However, despite its wide popularity in the world, the reason for its popularity is due to some features
While there are other features that nobody knows anything about, so in this article we highlight all the features, known
From them and the submerged, follow us to get to know the most important heritage and natural features.

The most important and best places in the brightest men

Some people may bet that this valley is in Turkey or Europe, but the truth is that it is in Saudi Arabia, specifically in the south !!, Wadi Haswah is located in the region of Rijal Al-Asir and starts from Mount (Shukan) and empties into the valley of a distance of 90 km, you should visit it and enjoy its atmosphere Nice with fog and watching all shades of green, and we cannot fail to show you a video of this wondrous valley .. Watch the following video: https://murtahil.com/wp-content/uploads/2020/08/ Wadi-Haswah-in-Men-Shining .mp4

Men of Brightest Museum is one of the main tourist attractions in the city, the museum was founded in 1986 on the initiative of residents
The city to preserve their ancient heritage.
The villagers collected the artifacts and relics that had been donated by people in the area and put them inside the museum. Also donated
Most of the local women with their precious silver ornaments, minerals and other valuable artifacts were kept in the museum.
Now the museum is considered a major tourist and cultural landmark in the city and attracts many tourists as it contains artifacts and items
Antique carved and tools reflecting the appearances of life in that region since ancient times. The museum is located inside an ancient village built around
Four hundred years, it is very beautiful from the inside and the outside, and it has an amazing historical and architectural elegance from ancient times. 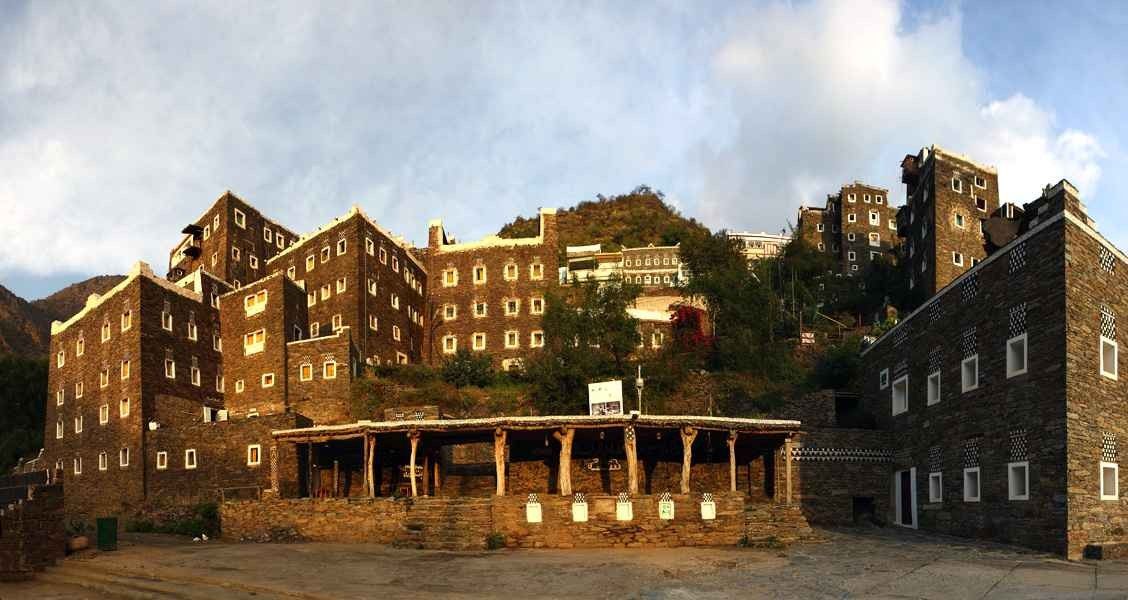 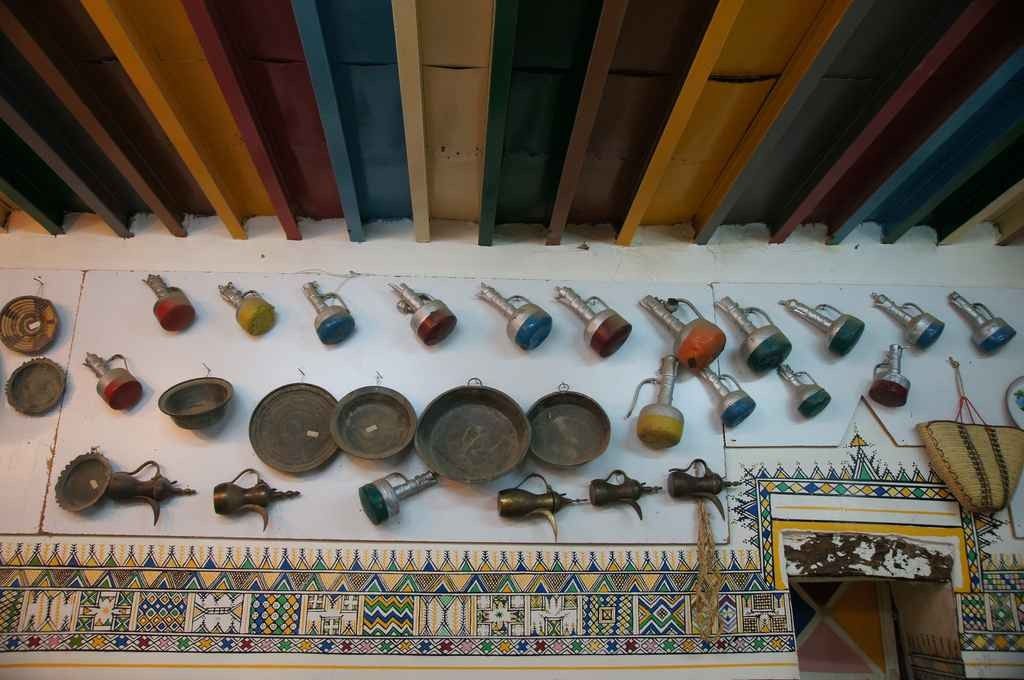 Read:Al Namas parks: parks above the clouds, embraced by fog, and bordered by mountains and plains

Rijal Al-Ma’a village is a stone village that was formerly the capital of the Emirate of Hala in 1331 and is now the capital of a province
The brightest men, and the village was a trade route and a natural path linking the arrivals from Yemen and the Levant to Makkah Al-Mukarramah
And Medina, which makes it an important regional commercial center. The village consists of about sixty palaces of natural stone
Clay and wood, and each palace consists of several floors,
There is also an ongoing project to restore and rehabilitate the village in order to preserve the great heritage represented. And the Men of Brightest Museum is located
In the village where one of the palaces in it has been converted into the headquarters of the museum. Up to 50,000 tourists come to the village annually. 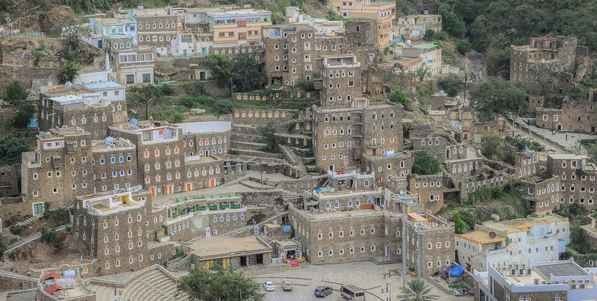 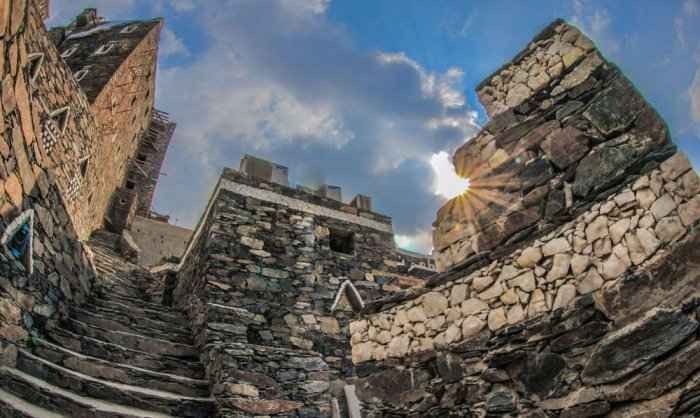 The Heritage Library in Rijal Al-Ma’a is headquartered in Rijal Al-Ma ‘Heritage Village, in the Al-Hakim Palace specifically, and it is one of the existing palaces
In the village, it records historical moments and times and ancient times that you may think are outdated and historical events passed by
The entire Kingdom of Saudi Arabia is not the only city of men of brightness. The library contains more than a thousand manuscripts and historical documents
It contains the history of the entire kingdom in addition to the most important commercial transactions, antique coins, antique stamps, and manuscripts
In all the sciences that may come to your mind and Quran Qur’ans written with gold water and its decoration is unparalleled.
A dedicated section in the library for each of them.
And all of that intellectual heritage was found in the village of Rijal Al Ma` Heritage when the people began to restore it and it was decided
The establishment of the library and the governor’s palace to be based to preserve those manuscripts that represent the nation’s heritage 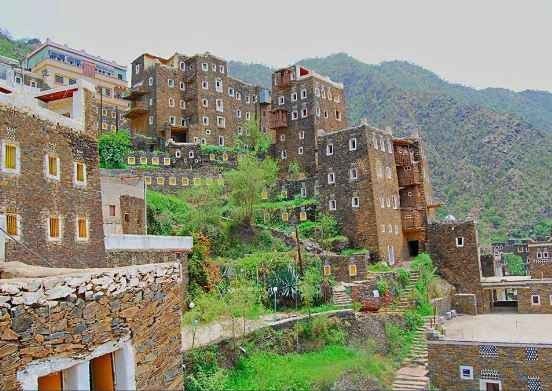 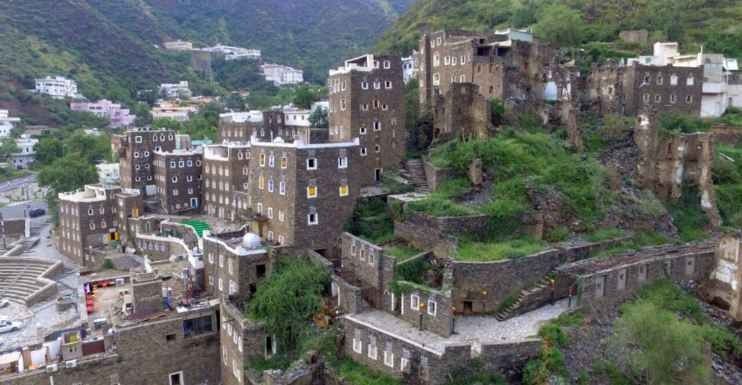 Read:The best tourist places in Tanumah .. The Saudi city that looks like a fairy tale city

The village of Al-Sha’been is located in the town of Al-Sha’been, located on the slopes of the mountains, in Rijal Al-Ma’a in the Asir region, and it is one of the forts
The heritage in the city that has passed through many ages and centuries and has a great historical value that is never neglected,
And although many may not know its existence, there are also many who come to visit it because of the artifacts it contains.
Rare reflects the heritage of a certain period of history.
The castle consists of two floors containing important relics from several eras, including the Ottoman era, where it was a military headquarters for the Ottomans
Then it became the headquarters of the Saudi princes later,
Then it turned into a number of things after that, then it became the seat of the government and then a prison to reach its current job now
Preserving the nation’s ruins and documenting the date it passed through. 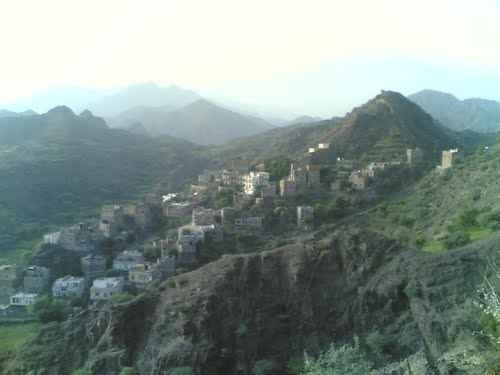 The Kasbah of Al-Aws is located in the city of Rijal al-Ma’ma, and it is five kilometers away from the Haswah Center, and it is one of the affiliated centers
For the brightest men, the Kasbah of Al-Aws is one of the ancient tourist attractions that passed through ages not only a few but its architectural condition
The excellent you see now is the result of government efforts to restore and restore it to its excellent condition,
It was used in all past ages as a watchtower and remote guarding of the surrounding areas, reaching the base of the Kasbah
To about twenty six square meters and when you visit it you can go up to the top and see the wonderful views from high altitude
Where many tourists come to visit as an important tourist attraction in addition to enjoying the experience of going up to it. 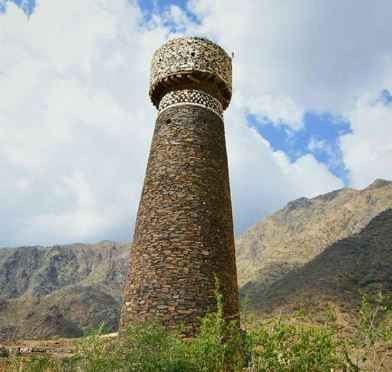 Asir region is distinguished by its sparkling trees, but you will not find it in abundance except in the city of Rijal Al-Maa and this type of tree has become
It attracts not only tourists, but also natural scientists and scientists in various fields to research this strange type of tree,
But why is it so strange and so much interesting to so many! The reason is that they are perennial trees
It is over a thousand years old, and its roots in the land are strangely spanning several meters, sometimes kilometers. the tree
Its branches and leaves are very dense and can adapt to the environment in which they are located, regardless of their type, especially the harsh desert environment.
This is a scientific miracle. Scientists have not found a logical explanation for the construction of this type of tree and its reaching this age other than that it is
Certainly a strong tree. Many tourists take the opportunity of being with the brightest men to visit this unique tree and take pictures
Memorial with it. 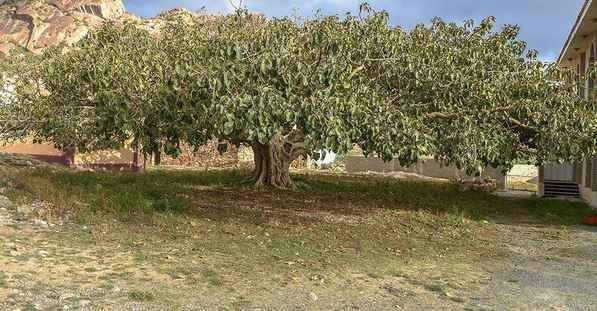 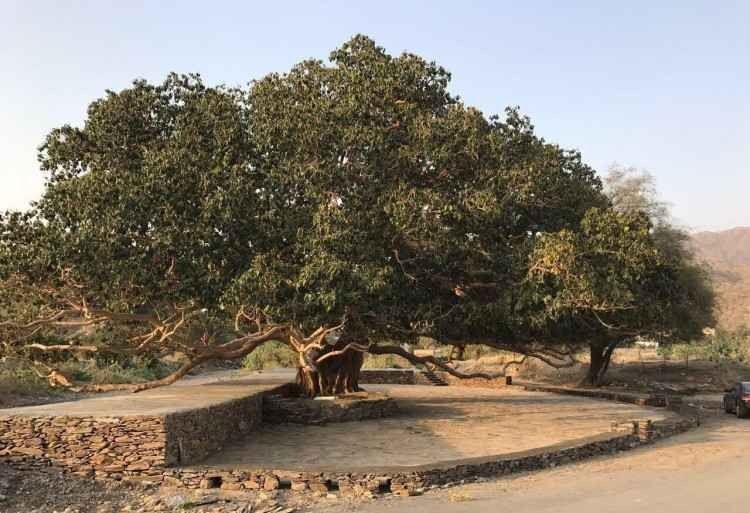 The best tourist places in Tanumah .. The Saudi city that looks like a fairy tale city

The best tourist places in Jakarta

Dear tourist, enjoy the beauty of the rural nature in the Polish village of Istanbul

The most famous tourist places in Cairo

The best islands of Thailand near Bangkok

The most beautiful tourist cities in the world