Kuwait is a charming Arab country that contains a lot of tourist places, and Kuwait is one of the rich countries due to the enormous resources it contains for oil. Given its geographical importance and its unique location, many come to visit it, where travelers find a lot of interesting things that they can do there as there are a lot of Wonderful tourist places that provide tourists with comfort and enjoyment. And makes the modern style and unique architecture of Kuwait a famous country, where we find tall buildings and high-rise towers, in addition to water towers with classic designs that express the splendor of the business. Ndsah there.

The best tourist places in Kuwait 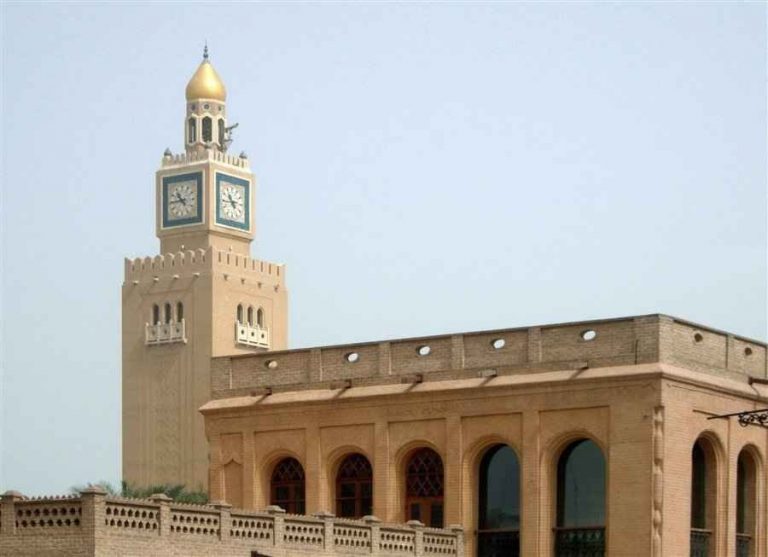 Seif Palace, Seif Palace is known as the home of the royal family, where the palace is considered one of the best tourist places in Kuwait, it reflects the splendor of the royal Islamic architecture that attracts tourists from around the world.
One of the most striking things about Seef Palace is the amazingly built watchtower, a large tower made of pure gold. Although Seif Palace is dedicated to special occasions and different celebrations, thousands of visitors go to see it from time to time in order to take the most beautiful pictures there, it is one of the wonderful architectural buildings that are unparalleled. 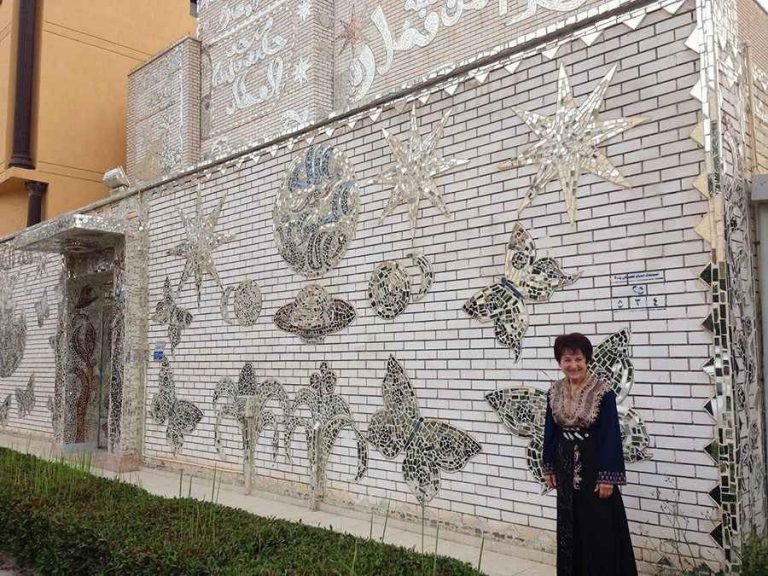 Mirror house The mirror house is one of the amazing houses made of mirrors only, as this house contains various forms of multi-colored glass with an amazing appearance for visitors, so many come to visit that house because of its extreme beauty. I have talked about a lot of ways Media and local and international programs, as well as magazines that talked about the charm of this house and the splendor of its engineering designs. Advance reservations are advised before visiting the home and women who wear high heels are not allowed to visit the house because the land is very fragile and may be broken due to this. 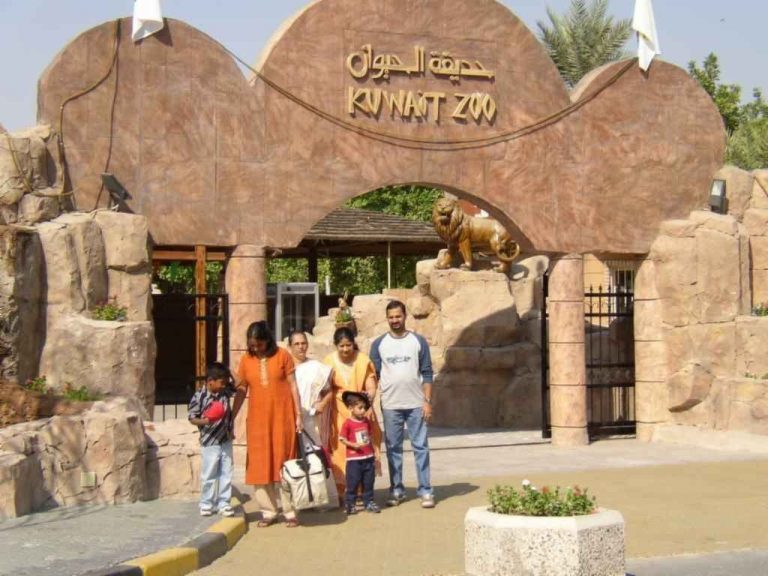 Kuwait Zoo, Kuwait Zoo The Kuwait Zoo contains a huge collection of rare animals and other animals that attract attention and make them one of the best tourist places in Kuwait, so families come to visit them daily to spend a special time there. The park also contains dangerous types of animals In addition to rare birds divided into five units and each unit contains 12 types of birds, where an appropriate environment is provided for the animals inside the cages. You can choose to go there with your children in order to educate them about the different animals and how to deal with them, and a neighborhood garden is formed The Kuwaiti women are from several departments, such as the animal group section, the cultural center section, and the maintenance and services department. 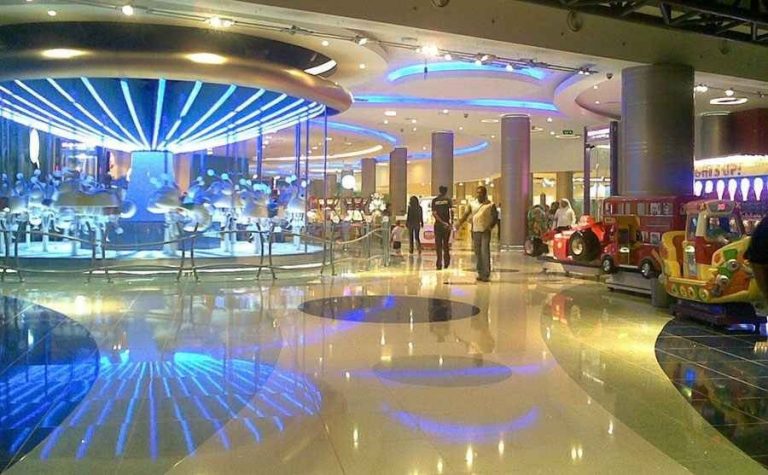 Magic Planet Kuwait, the magic planet is one of the entertainment places suitable for everyone, it is one of the best tourist places in Kuwait that suit families, this place contains a special place for indoor skiing. The place is suitable for children who love to play in the water and enjoy the fun water environment And, suitable for all age groups, you can go there to spend a special and enjoyable time with the family. 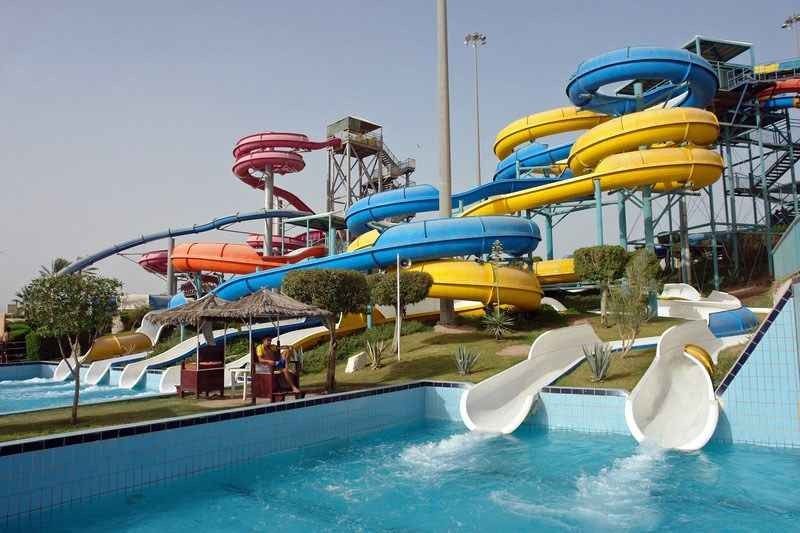 Water park, Aqua Park The water park is located in the Arabian Gulf Street, it is the first water park in the Arabian Gulf, and the area of ​​Aqua Park is about 60,000 square meters, which is an ideal place to spend a wonderful time with family and friends. The water park contains many water games that give the spirit Fun and happiness for everyone, there is also a dedicated area for adults for swimming, and there is also a pool for children and another for diving. Not only that, but the water park also contains volleyball courts and a lot of other things that make this park an entertainment place Featured for children For adults, the garden is surrounded by mosques and restaurants where you can have lunch near the park, and separate mosques for men and women are available near the water park. 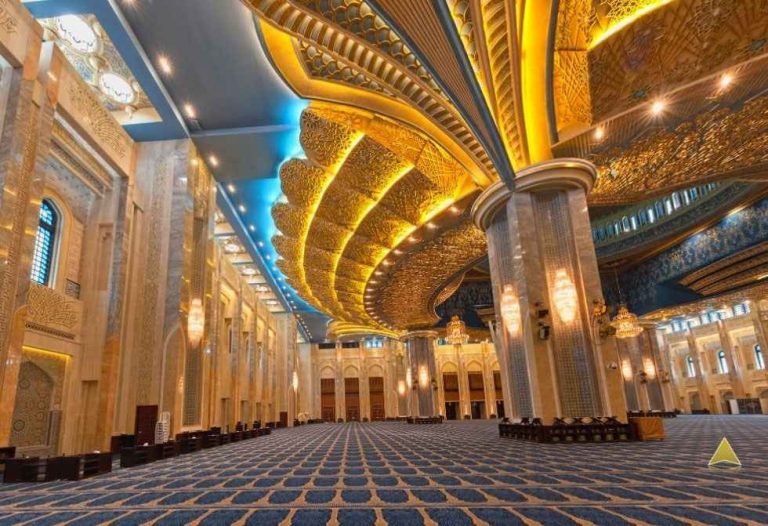 Grand Mosque Kuwait Grand Mosque is a treasure of the treasures of the world, it is the Grand Official Mosque in Kuwait where it is celebrated with official religious occasions and holding large meetings.
The mosque covers a large area estimated at about 46 thousand square meters and the Great Mosque is considered as an excellent model for the wonderful Islamic architecture as it contains a touch of Persian designs, and meets in the mosque Muslims from all over the world, especially in the holy month of Ramadan.

Also read Kuwait Malls Where to go shopping in Kuwait. 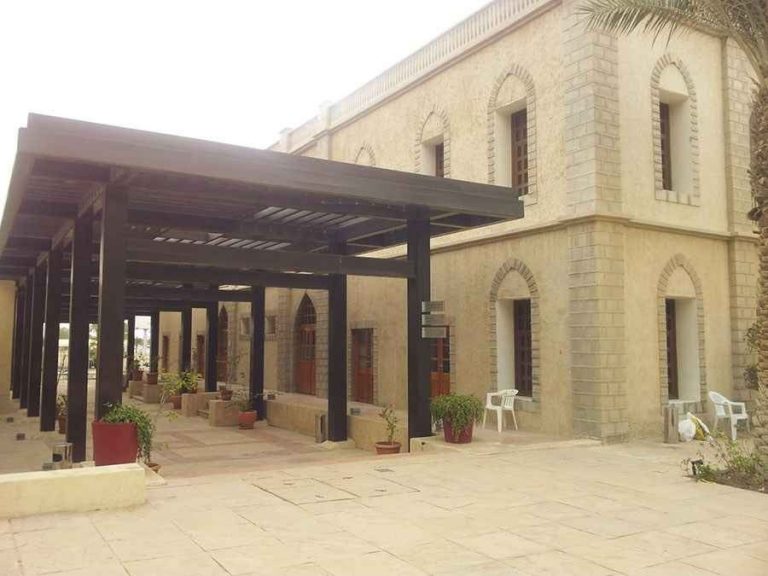 The American Cultural Center, the American Cultural Center is one of the wonderful tourist places in Kuwait, as the center contains artistic crafts from different cultures such as the Middle East, Asia and the Far East. And all historical places are displayed in a distinctive media way, certainly your visit to Kuwait will not be complete without visiting the center The American cultural center that opens its doors for visitors from Monday to Thursday, and from ten in the morning until seven in the evening, and on Friday, you can visit it from two until seven in the evening. 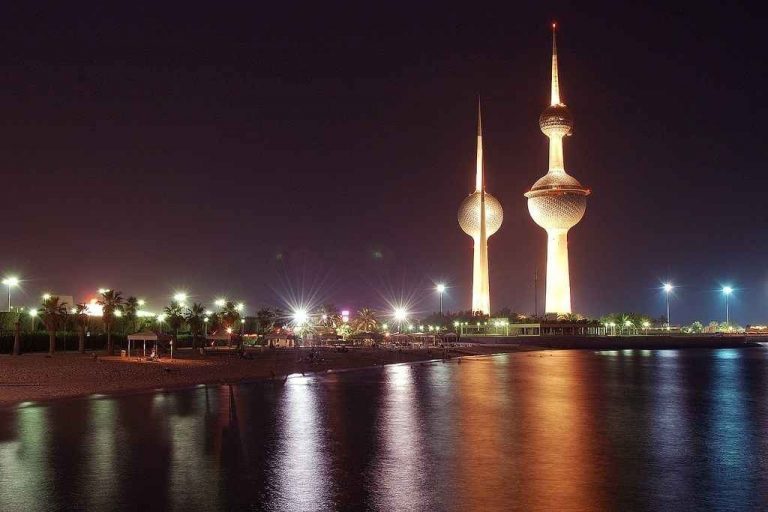 Kuwait Towers, Kuwait Towers are three tall towers with a beautiful appearance and are located in the Arabian Gulf, and the length of the main tower is about 187 meters, while the second tower has a length of about 147 meters. It is really distinguished that the third tower and water stores contain special equipment to illuminate The two large towers, as these towers were designed with professionalism, which indicates the skill of the architect, and these towers are considered a wonderful symbol of modern technology, which made them attract visitors to them from everywhere in the world. 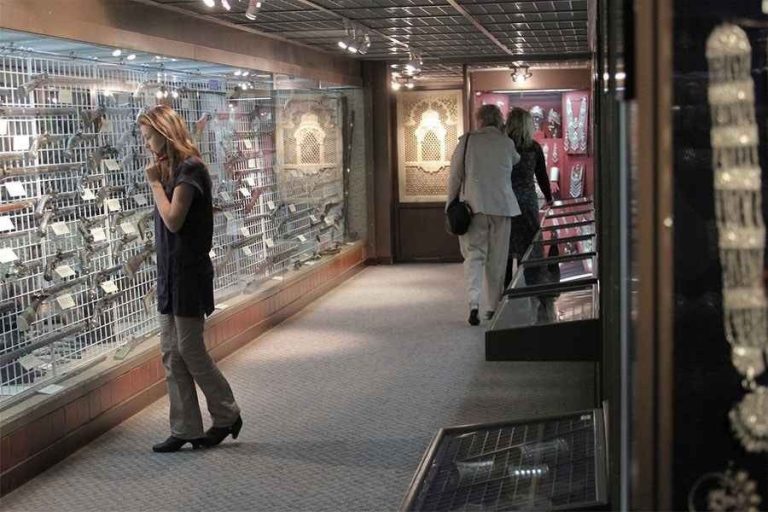 Tareq Rajab Museum of Islamic Arts. The Tareq Rajab Museum of Islamic Arts contains thousands of different artifacts, pictures and artifacts, and these things are permanently displayed in front of all visitors to the museum, and this museum is considered one of the best tourist places in Kuwait that collects the largest number of Islamic artifacts. Manuscripts, metalwork, and artifacts made of glass or wood, as well as distinctive Islamic stone carvings, also contain more than thirty thousand artifacts in general. There are also textiles, musical instruments, ancient jewelry and costumes dating back to Thousands of years.

360 Mall.If you are a fan of shopping, you will definitely prefer to visit 360 Tourist Mall, as the mall is located in the Zahra area and it is one of the luxury places for shopping, as it is considered the third largest mall in the State of Kuwait. The mall's architectural designs are distinguished by beauty and charm, as it has a touch of Culture of the Middle East, the mall is surrounded by its own garden with a very beautiful appearance and this garden contains 21 thousand types of plants that are cultivated for the purpose of improving the air as it serves as a natural filter that purifies the air. 360 Mall is not limited to shopping only, but you can enjoy eating Your different meals in the mall restaurants that serve M is the best meal, and the mall also contains lots of entertaining places for everyone.