The best tourist activities in the American city of San Diego

San Diego in the US state of California is considered one of the most famous cities in the United States, as it includes a wonderful set of tourist attractions and attractions such as beaches and parks in addition to the appropriate climate almost throughout the year. It is also home to many galleries, galleries and art museums, giving it a unique artistic nature. Get to know us with the best tourist activities that you should do during your visit to San Diego.

If you visit this park once, it is sure that you will return to it again, because it is not only a wonderful urban park, as it also includes a high-level zoo, cultural centers, museums, and a group of gardens that include more than 350 types of plants chosen by the scientist Kite Sessions, which is called the title “mother of the park.” Balboa. ”

This walkable San Diego harbor is filled with attractive shops, restaurants and attractions, making it one of the most visited places in San Diego. It is also the seat of many of the historic ships that the San Diego Maritime Museum exhibits. You can also embark on cruises. You can see interactive water fountains in the marine park here that, and in November, the harbor is hosting a food festival, while the San Diego Orchestra plays the coolest summer performances between June and September.

A marine destination in San Diego is not only distinguished by its varied terrain and the waters surrounding it on 3 sides but also by its Torrey Pines Nature Reserve which includes two famous golf courses. The region is also famous for its beaches, snorkeling and snorkelling points, and besides that it includes a number of fine restaurants that offer wonderful views of the Atlantic Ocean.

In the heart of San Diego, this historic 19th-century neighborhood is evident in its Victorian buildings. Today the neighborhood has turned into a modern place full of shops, restaurants and galleries, attracting locals and tourists. The neighborhood includes a large number of luxury hotels, which are ideally located in the heart of the city.

This point provides a wonderful view of the whole of San Diego and the Pacific Ocean, the point where Juan Rodriguez Cabrillo first arrived in 1542 during his arrival on the west coast of what is today the United States. This distinctive history is embodied in a collection of monuments and galleries at the Cabrillo National Landmark where the huge statue of Cabrillo himself was built. The Loma Lighthouse, built in 1858, is located on the site.

One of the most prominent museums in San Diego displays works by a distinguished Spanish artist, along with works and pieces from around the world, some of which are up to 7,000 years old. It also displays works from Asia and the Americas as well. 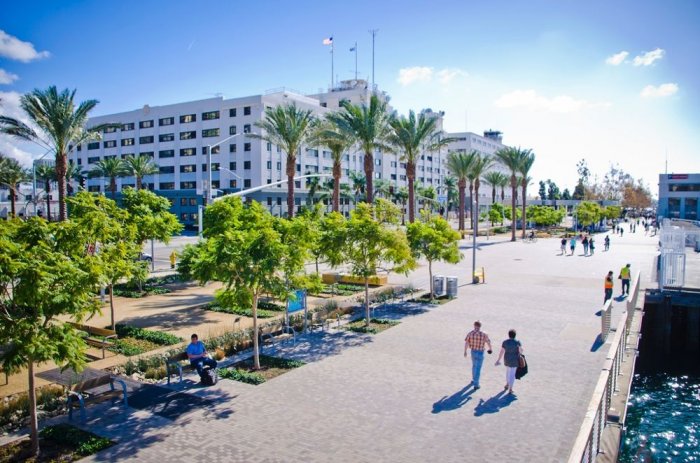 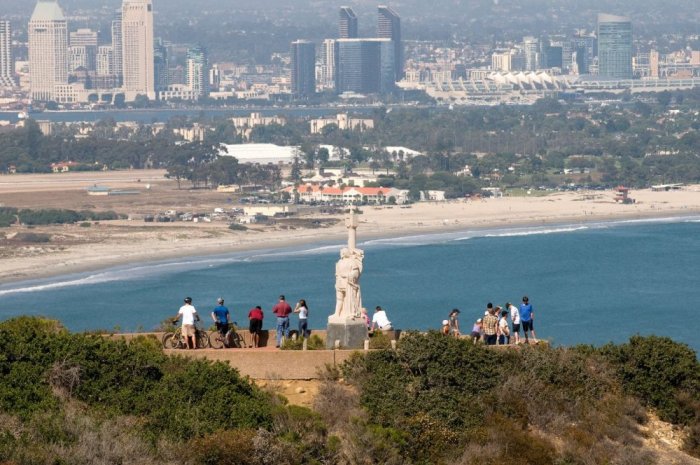 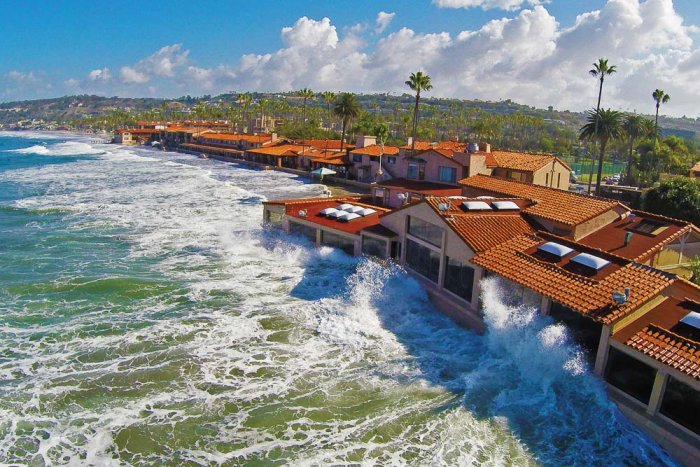 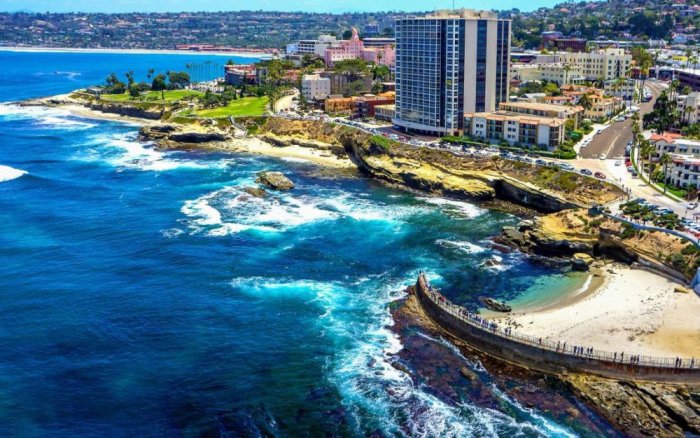 A scene from Lahoya 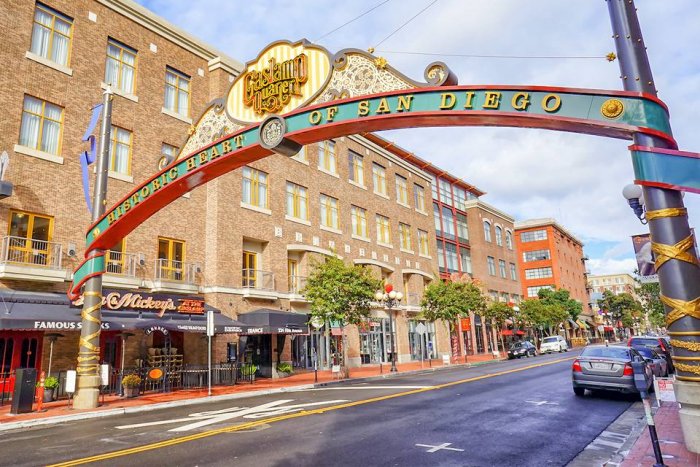 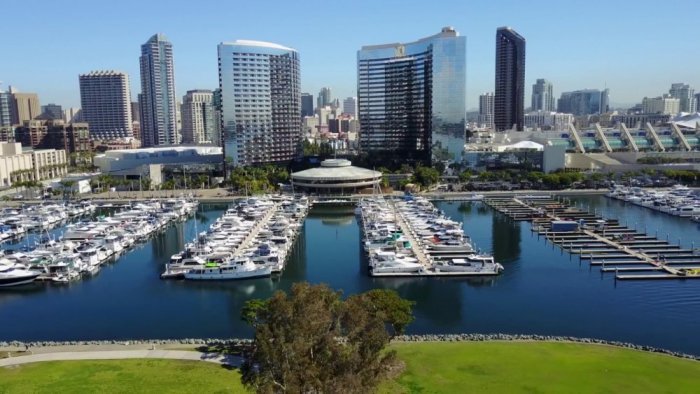 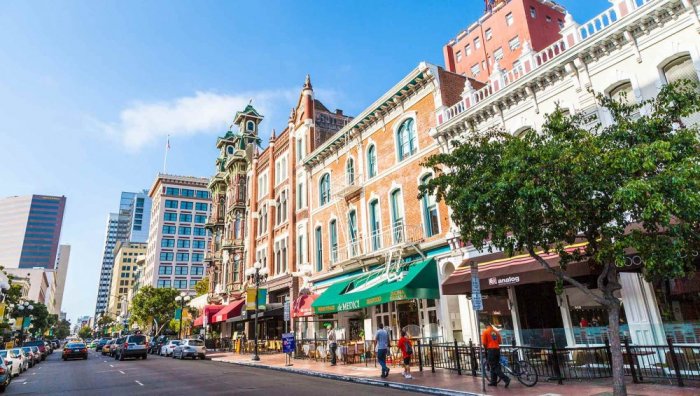 From the Gaslamp neighborhood 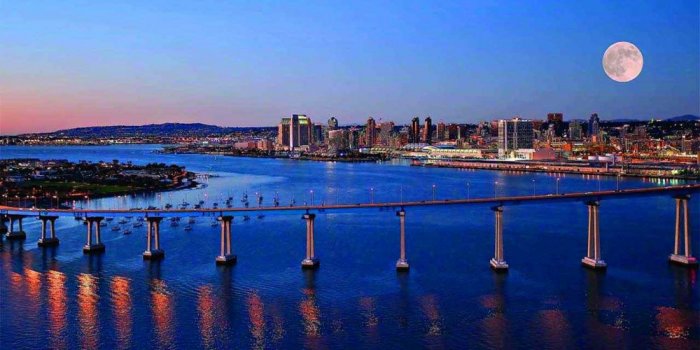 From the beaches of San Diego 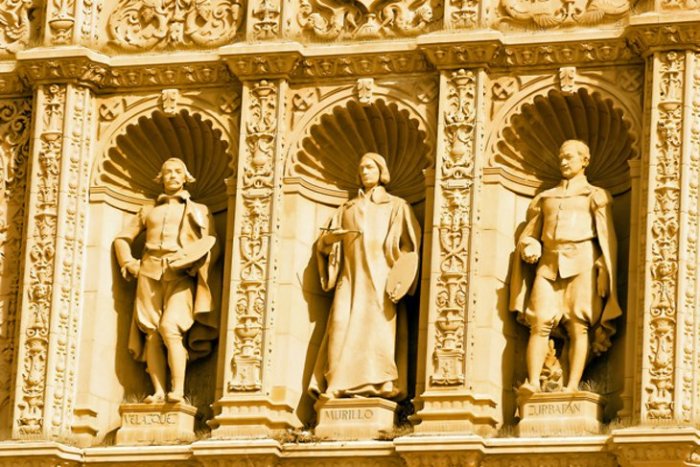 From the San Diego Museum of Art 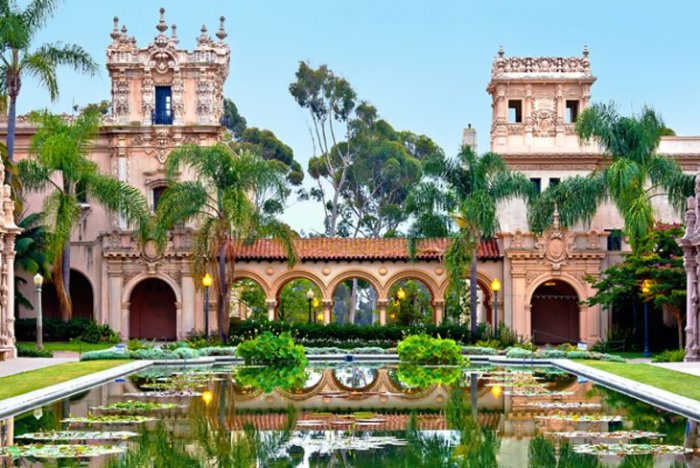 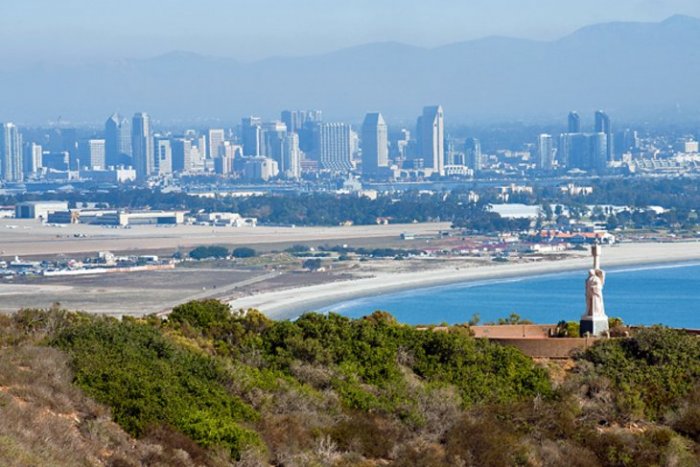