The best tourist activities in the city of Gjirokastra, Albania .. The city, in addition to its natural beauty, is characterized by its Ottoman-style buildings, with wooden balconies and stones.

The best tourist activities in the city of Gerokastra, Albania.

The best tourist activities in the Albanian gyrokastra city: Gyrokastra, in southern Albania, is located in a beautiful valley full of natural landscapes, at an altitude of about 300 meters above sea level, and walking through its streets is one of the best activities that you can do where the narrow cobbled alleys and kiosks that sell food The traditional local and shops on the sides of the roads offer to passersby various products that are distinguished by their Albanian character, so I bought handicrafts from them to gift them to the family and loved ones. The city is about an hour’s drive away from the port of Sarande and it is one of the most popular places in Albania, so we advise you in uniform Rtha to explore history as it is an open air museum open and enjoy the natural is inviting.

“The historical center” .. the most beautiful places of tourism in the city of Gerokastra, Albania .. 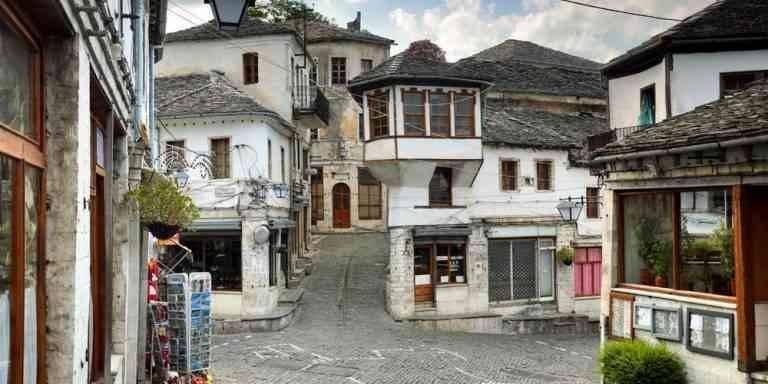 Gerokastra, Albania. Dear tourist. If you are interested in history, surely you should go to visit the historical center of Gerokastra. It is one of the most important tourist attractions in it. UNESCO has included it in the list of world heritage sites because it is a beautiful example of the beauty of the Ottoman civilization and the most important monuments in the old center “Old Bawar” Which is filled with shops that offer products that have a distinct historical character.

“Gjirokastra Castle” .. the most important places of tourism in the city of Gjirokastra, Albania .. 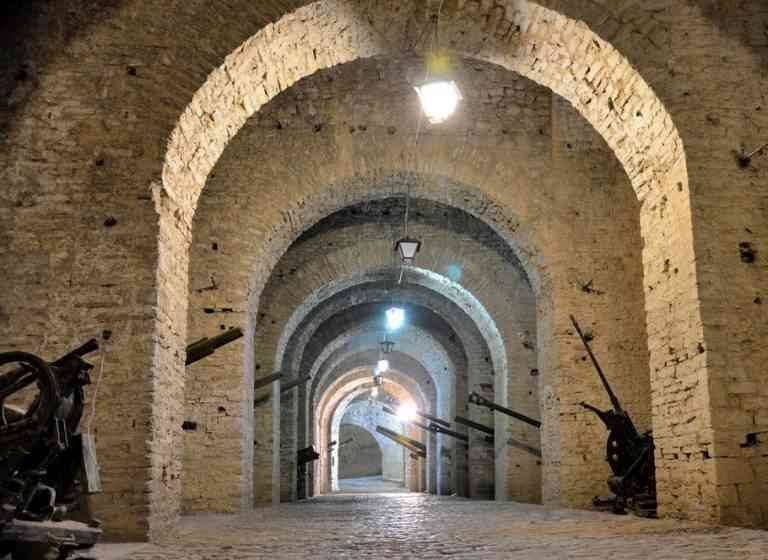 Jerocastra Castle Gerocastra Castle is considered one of the best tourist attractions in the city, it is one of the largest castles in Albania, dating back to the fourth century AD, when you visit you will be able to learn about the history of the region as it provides a wonderful view of what is around it and what distinguishes it is the establishment of a festival of “folklore arts” in it And it is held every 5 years to present traditional Albanian music and introduce people to it and it is the biggest event in the city so many tourists go to the city at this time and of course you cannot miss taking souvenir pictures with it. The castle also contains the “National Museum of Arms” which is interested in showing a groupN various weapons since the Stone Age and until World War II.

“Ethnographic Museum” .. the most important tourist attraction in the city of Gerokastra, Albania .. 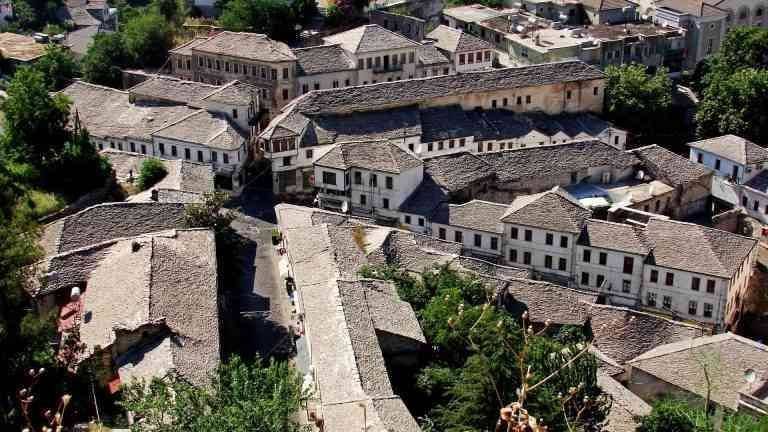 Ethnographic Museum This museum consists of 4 floors and all of them are available for visitors, if you love to discover history and see the monuments, then I go to it as it includes home pets used in the past and folk costumes for different periods in addition to artifacts dating back to famous families in Gyrokastra such as Ottoman merchants and administrators in the nineteenth century .

“Front Park” .. the best tourist attractions in the city of Gerokastra, Albania .. 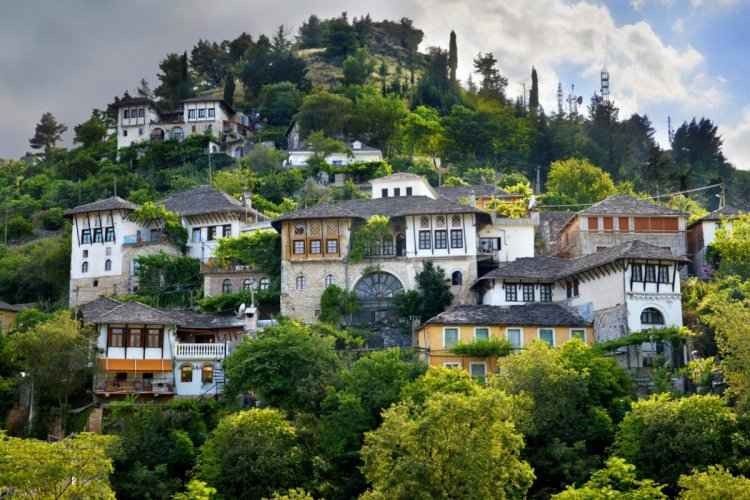 If you want to spend some time where the natural places are, then definitely visit it, unite the park about 2 km from Gjirokastra and when you enter it you will enjoy the green spaces in it beside the wonderful hills and with a beautiful lake sit in front of it to relax and have a snack and then complete your tour with the garden On foot or by bicycle.

“The old market” .. the best places for tourism in the city of Gerokastra, Albania .. 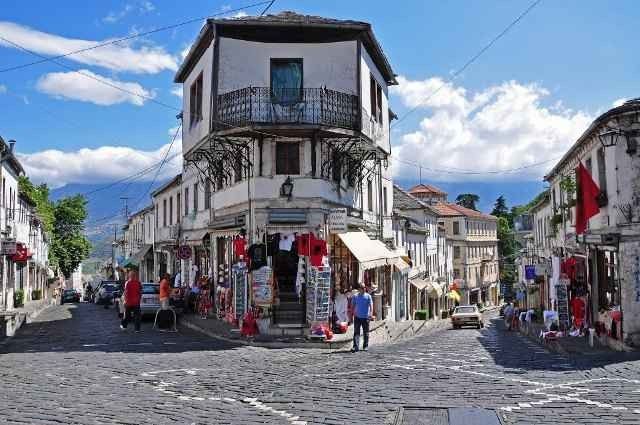 Old MarketWhen you visit the city, you cannot miss going to the old market, it is not just a market, it is an important historical milestone because it is more than 300 years old and near it there is Argyros Castle and it is open to visitors throughout the year and at nominal prices.

Tourist places in the city of Gerokastra, Albania .. 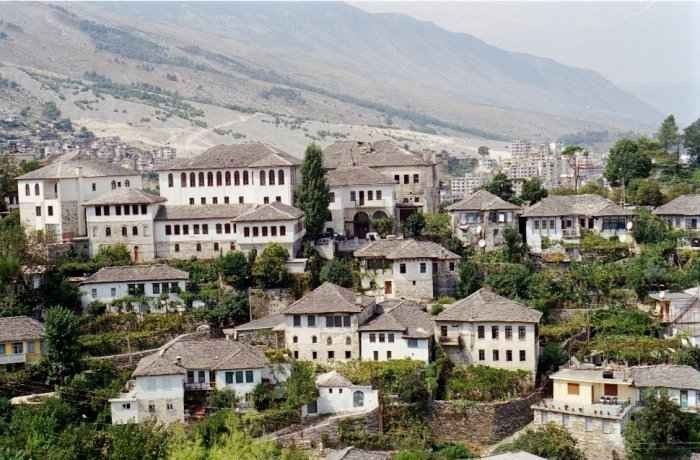 Tourist places in the city of Gjirokastra, Albania, the city is distinguished by its presence in the valley of Drino, which extends to Greece, providing many natural places and the walls of the city go back to the third century AD and its forts were built in the period from the seventeenth century until the eighteenth century so it has historical places and the streets are filled with silo The stone that was created to confront the enemies, as the city went through a group of civilizations such as the Ottomans, the Greeks and the Albanians, but it is unfortunate that many of the old buildings are threatened with collapse, especially as it does not receive the necessary attention to preserve it and it is worth noting that the city provides The city has places for housing that suit all budgets. There are luxurious hotels and there are hotels with moderate prices and good services.

Travel to the city of Gerokastra, Albania .. Learn about the best dishes and the best restaurants in Gerokastra .. 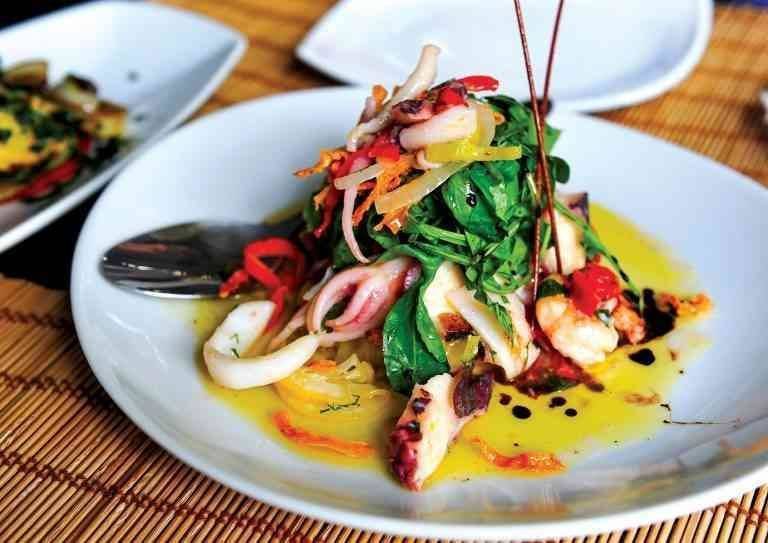 Learn about the most delicious cuisine and the best restaurants in the tourist gyrokastrazzi As we have explained that the city has a long history and the effect appears on its cuisine, we find that it maintains some traditional dishes from ancient times, it must be tried as the city offers different western food. You should try eating lamb and a rice dish With chicken on the Albanian road, and one of the best traditional sweets is a “sams” dish, which is baked with sugar. The best restaurants are “Zgara Korcare”, “Sofra” specializes in Italian cuisine and “A. Muco” serves local food.