The best tourist destinations for October 2020

Many people prefer to travel during the month of October, as congestion decreases in airports and around tourist attractions, and hotel prices and airline tickets decrease significantly compared to summer season prices. The autumn also has a special charm that lends aesthetic appeal to the landscape, which is covered in a wonderful dress of warm colors. These are the best tourist destinations for October. 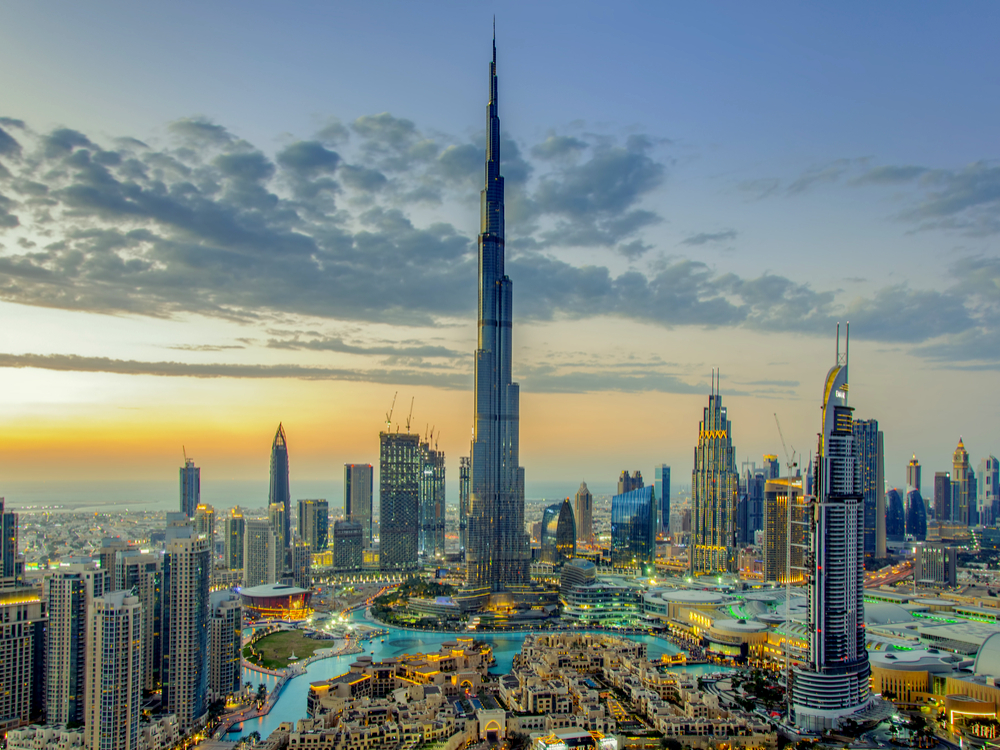 The famous Burj Khalifa in Dubai
The United Arab Emirates is one of the tourist destinations suitable for families and couples, as it has a huge number of the best and most beautiful tourist attractions in the world. And other great features. Tourists can also enjoy the wonderful beaches of the Emirates and the huge shopping centers that offer their visitors the latest and most luxurious international products. The Emirates also has a good number of cafes and restaurants that offer the best and most delicious local and international cuisine, especially Asian ones. 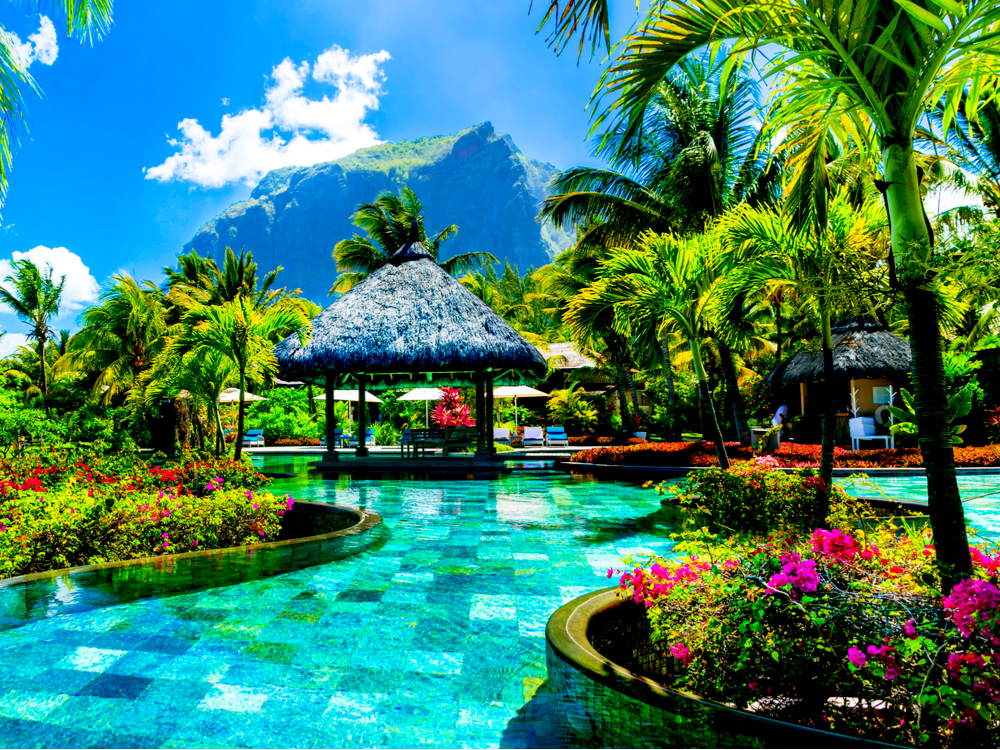 Mauritius is one of the most beautiful islands of the Indian Ocean and it is distinguished by the fact that it combines African and Asian culture as well as European civilization and tropical nature, and it is considered one of the most beautiful tourist destinations in the world, and it is suitable for families, friends and couples. Mauritius is available on very beautiful beaches and a picturesque nature of tropical forests and national parks housing rare animals and birds, as tourists can practice many activities such as water sports, climbing, walking and touring all over the islands. Mauritius also has luxury resorts that provide great services for their residents. The month of October is one of the best times to visit these islands where the weather is moderate and warm. 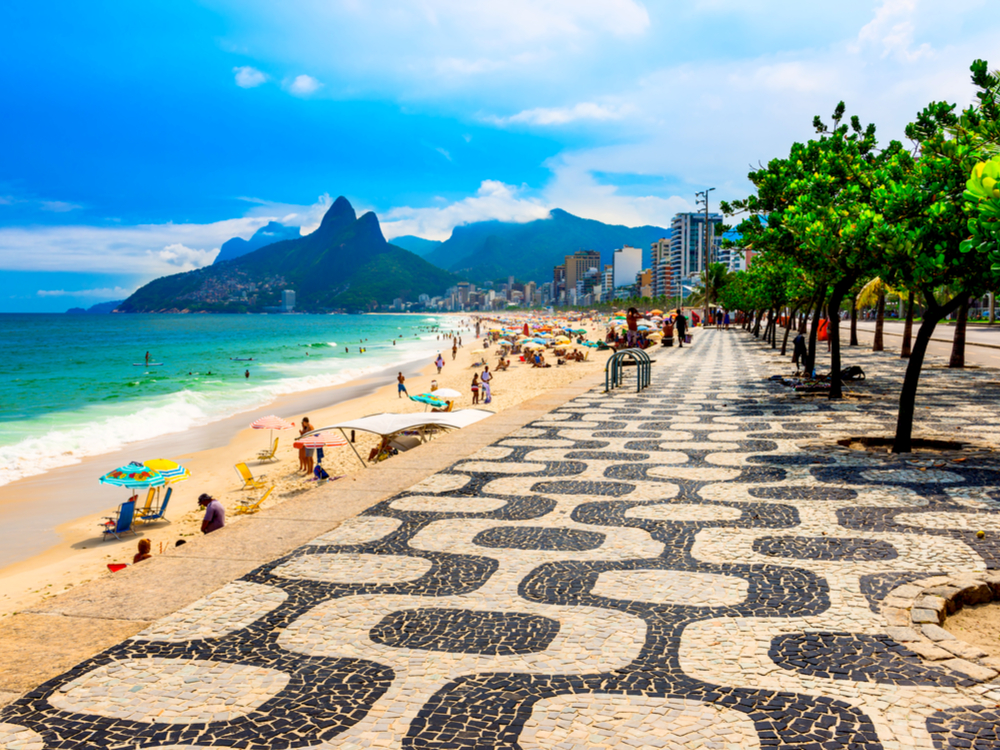 The city of Rio de Janeiro in Brazil
Brazil is located in South America, and its eastern and northeastern coasts overlook the Atlantic Ocean. Rio de Janeiro is the most famous city in the country with a group of wonderful tourist attractions, starting with lively beaches such as Copacopana, Ipanema and Leblon, and the statue of Christ the Redeemer overlooking the city Which is an icon and a symbol for it. Rio de Janeiro is famous for its continuous carnivals and festive festivals. You can also visit the wonderful city of Sao Paulo and the city of Brasilia, which is the administrative capital of the country. It is also advised to visit the famous Amazon jungle. October is one of the best months to travel to Brazil. Temperatures are moderate and warm, in addition to the opportunity to participate in its largest festivals. 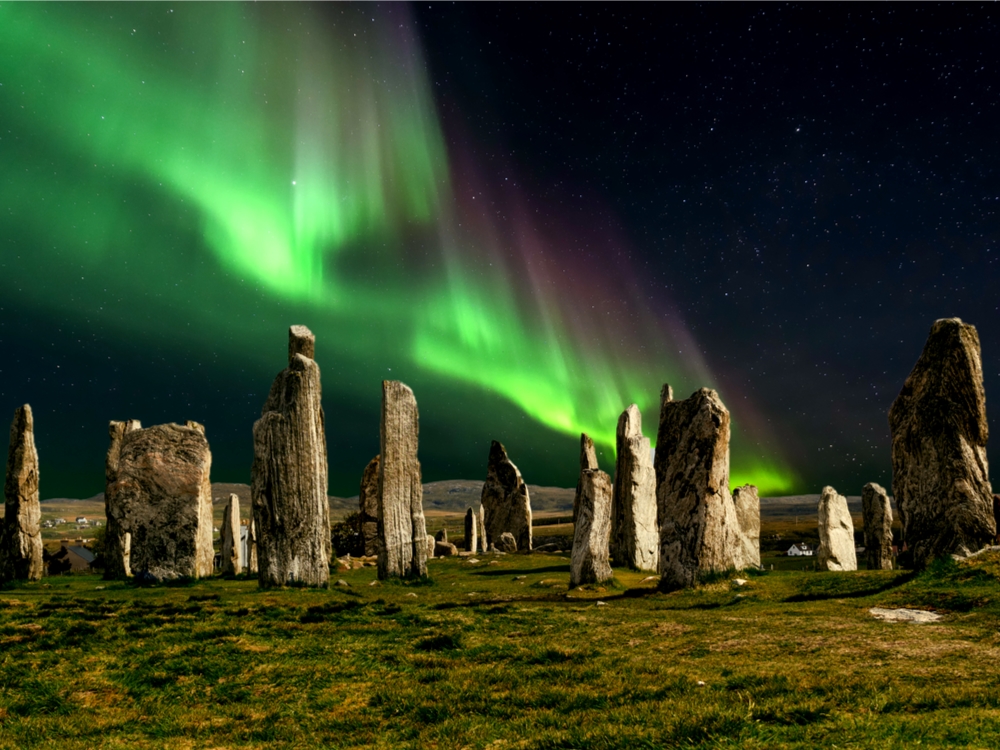 A mixture of picturesque aurora borealis over the sky of Scotland
Scotland is one of the four constituent countries of the United Kingdom, occupies the northern third of the island of Great Britain, and its capital is Edinburgh, and its most important city is Glasgow. This country is famous for its charm of nature and the diversity of its features that include historical castles, and the multiplicity of tourist attractions such as picturesque gardens, interesting museums, beautiful lakes, beautiful beaches and majestic mountains. In October, you can see the forests changing color in Scotland, and explore the various wildlife there, such as red deer and gray seals. Visitors can also witness one of the most beautiful phenomena on the planet, which is the aurora borealis or the Aurora season, a mixture of picturesque colors that form on the poles and that begins in Scotland in October. Autumn at the end of the month adds a special charm to the country. 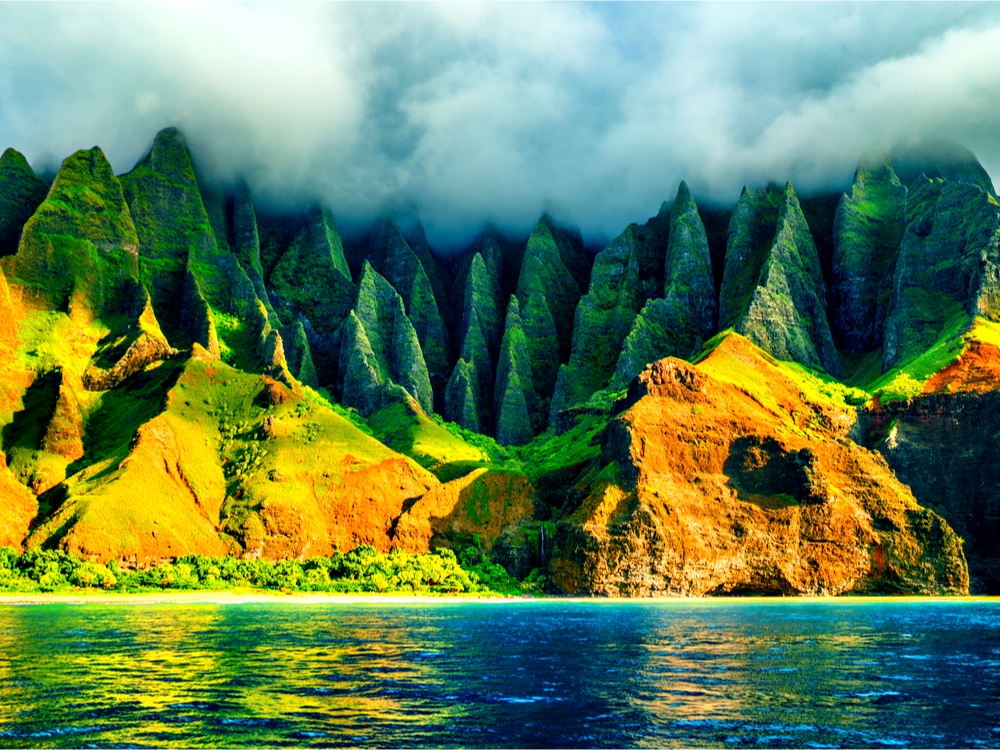 The famous Na Bali coast in Hawaii
It is an American state in the form of an archipelago consisting of 19 major islands in the Pacific Ocean, with its capital, Henolulu and its largest city. Hawaii is one of the most beautiful spots and attracts millions of lovers of stunning views and lovers of relaxation, due to its famous geographical location and a distinctive nature of beaches, mountains and wonderful forests in addition to its warm tropical climate that makes it an ideal destination throughout the year, in addition to its own population composition, all characteristics She gave her the title of the mandate of love and peace.
The most famous tourist sites in Hawaii are Waikiki Beach, the coasts of Na Bali, Hanawama, Waikapali Cave, Diamond Head, Waimea Valley, and Biodo Inn Temple. The Hawaiian Islands have also become a global destination for water sports enthusiasts where major events are held due to its waves that sometimes rise to 40 feet. 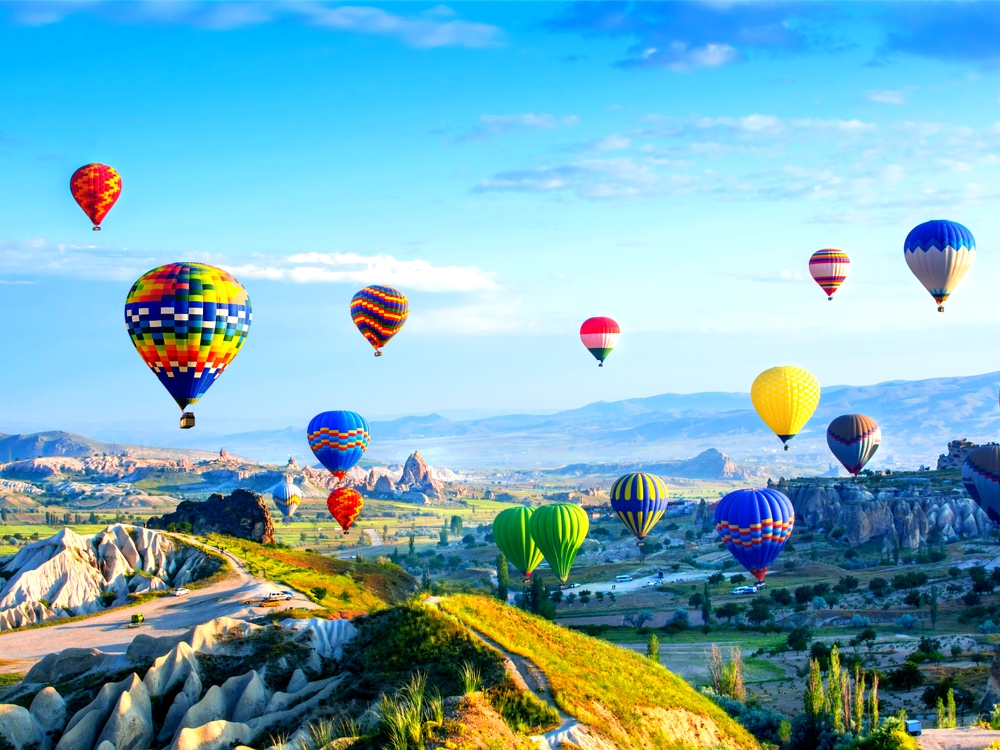 Airships in the region of Cappadocia
A country located in the Middle East where tourism focuses on a group of historical and archeological sites and coastal resorts on the Aegean and Mediterranean seas. Turkey has recently become a global destination for tourists to enjoy a vacation full of different tourism activities, and some of its most important tourist attractions are the Blue Mosque, Sodoshan Waterfall, Suleymaniye Mosque and the covered market, and tourists can also go on a trip through the Bosphorus. It is also one of the best tourist destinations for October, as the percentage of tourists is low. 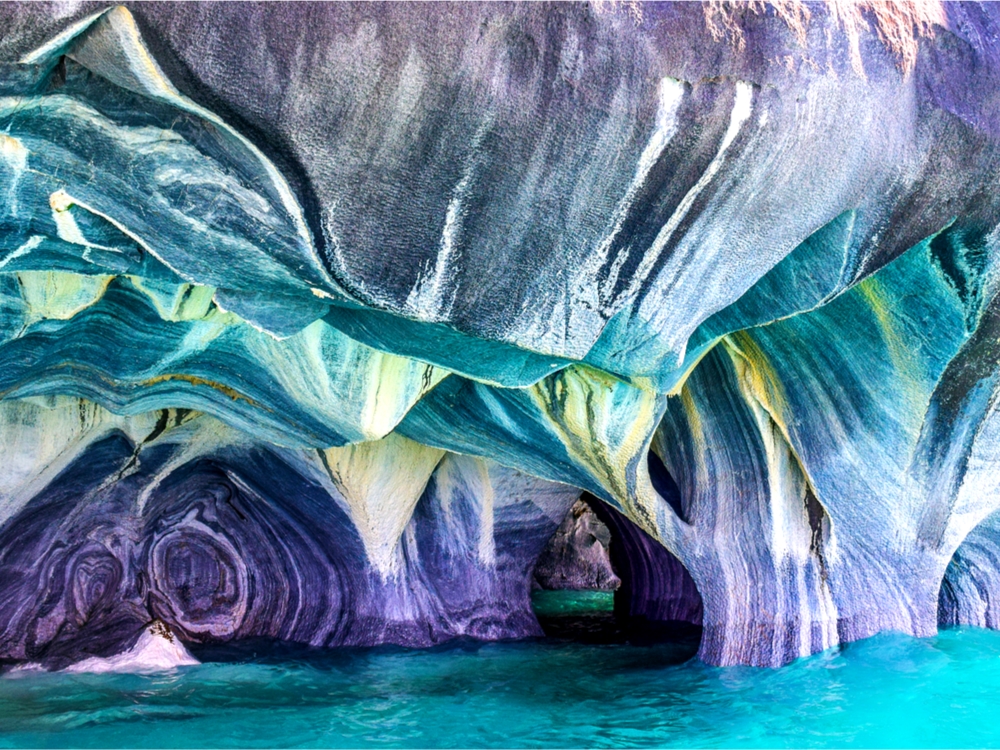 Famous marble caves in Patagonia, Chile
Of the countries of South America, a part of them is located in the Antarctic and its coasts overlook the Pacific Ocean, and is characterized by its picturesque nature, as it is home to the high Andes mountains, waterfalls, glaciers, blue lakes and many national parks, as well as rich plant and animal wealth and a diverse climate, as it possesses the longest streak Coastal South America, properties make it one of the most wonderful tourist destinations in the world. Among the most important tourist attractions in the country are the Cocoa River, the Patagonia Plateau, Robinson Crusoe Island and Easter Island, and among the most important tourist cities in the capital, Santiago. Chile remains one of the top tourist destinations for October. 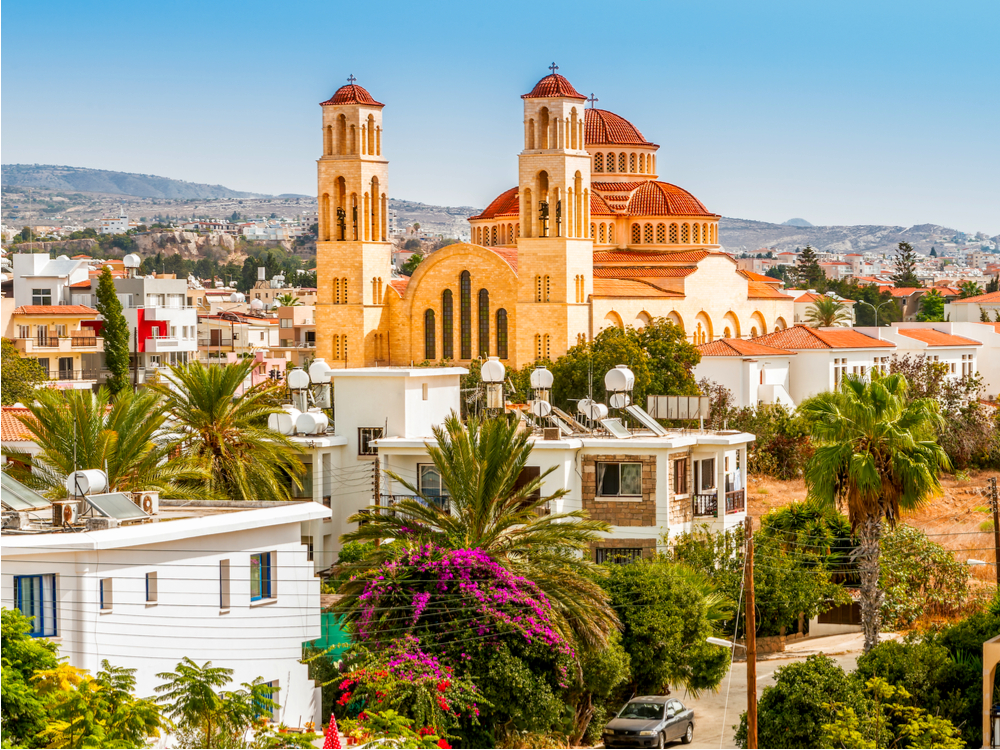 Paphos, Cyprus
The island of Cyprus is one of the most beautiful sunny tourist destinations in Europe and its climate is characterized by moderation and warmth most months of the year, and it is thus ideal for travel even in the fall season. Cyprus also has picturesque beaches, luxury resorts, and Greek and Turkish monuments attesting to its ancient history. It is small in size, and it is possible to move between the various major cities with ease, as it is characterized by the low cost of transportation, but it must be taken into account that the Cypriot capital Nicosia is divided into two parts, one Turkish and one Greek, and there is a checkpoint between the two regions and crossing to the Turkish section requires an identification or passport Travel. 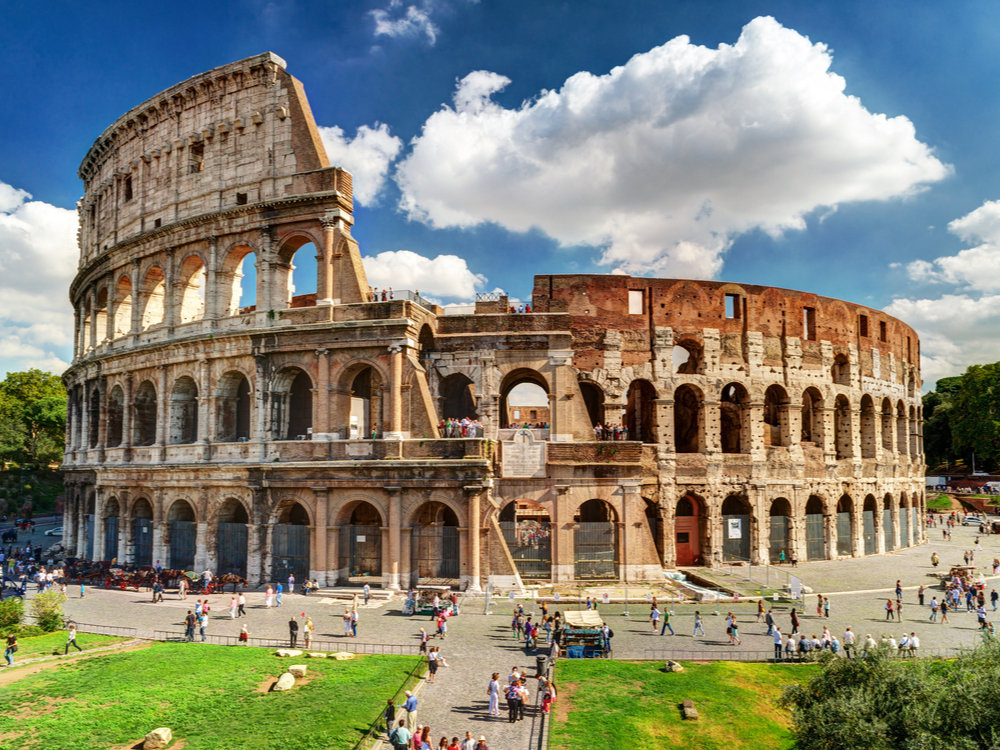 The colossal Roman Coliseum in Rome
Italy belongs to the countries that are on the world tourism list, where millions of tourists visit it annually, due to its rich tourist attractions, ancient history, pioneering cuisine, as well as its picturesque nature and mild climate. Italy has many ancient cities, which offer visitors different experiences from Rome to Venice and through Florence. Italy remains one of the top tourist destinations for October. 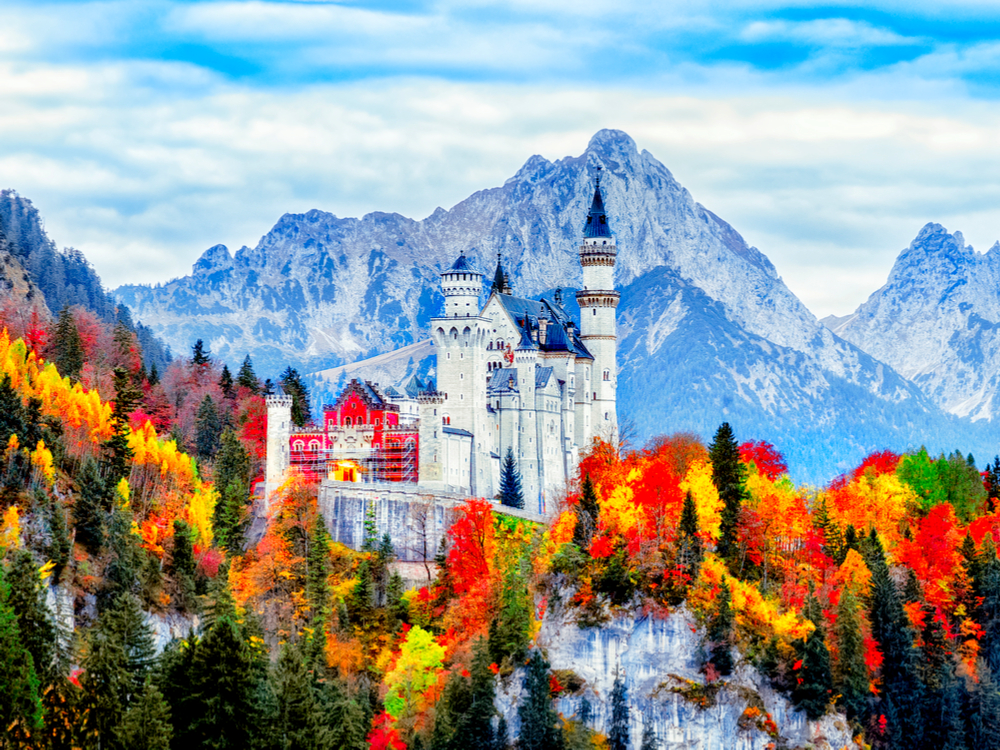 The colors of the autumn months in Germany
Germany is one of the wonderful tourist destinations because of its cultural and geographical diversity, and embraces many historical and archaeological sites that are worth a visit, and October is one of the ideal months to visit this country, as it coincides with the celebrations of the German people to mark the German unity, which is one of the most important feasts and national occasions in the country. And turn the capital Berlin into a photovoltaic museum for more than twenty days, where musical events, cinemas and popular festivals are held in most of the city’s streets. As for the Bavarian region and its capital, Munich, the events of the October Festival are celebrated, which celebrates the warm colors of autumn. Tourists can also visit the various palaces, castles, churches, museums and gardens that are available to all German cities.

Are you planning to visit one of these destinations? What is the country you wish to visit in the future?

Are you planning to visit one of these destinations? What is the country you wish to visit in the future?