Karaköy is one of the most beautiful regions of Istanbul, which reflects the echo of the spirit of the global structure of the Ottoman Empire with all its power and originality, where you can see the history of multicultural in the city of Istanbul by visiting the region and learn about its heritage, including buildings that are among the most important sites Tourism in historical Turkey, because it was an important part of the former coastal city of Constantinople during the Byzantine era.

Currently, the Karakoy district in Istanbul is a waterfront located next to the port, where unconventional cafes blend with neighborhood bakeries and stores run by the families of the region, and where the Ottoman era buildings gracefully blend in with the modern arts circles, studios and stores of fashionable street designers.

Karakoy Hotels Istanbul includes a large number of luxury and important Istanbul Istanbul hotels, which we have collected for you in a comprehensive detailed report .. Read more 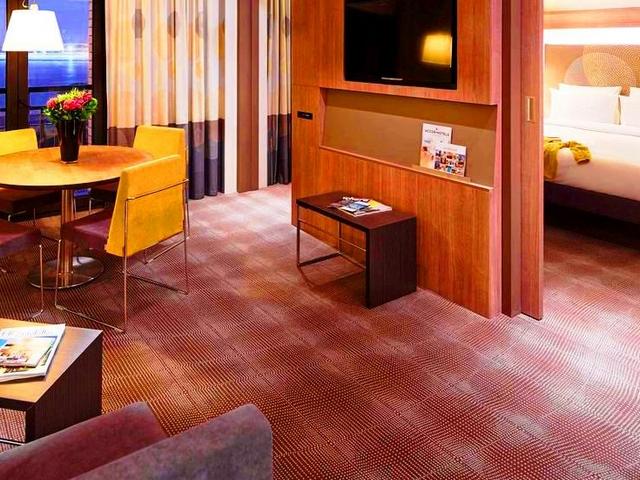 Places to visit in the Karakoy Istanbul area

The Karakoy region has a long history, leaving traces that still remain to this day. The region is considered a waterfront, part of its coastline extends within the Bosphorus and the Sea of ​​Marmara, and another part enjoys views of the famous Golden Horn.

The Galata Bridge connects the Karaköy area to the corresponding Eminönü region, where you can visit the Eminönü Port, the place of departure for Istanbul’s marine transportation, the new mosque, Istanbul, one of Istanbul’s important mosques, and also for a shopping tour in the Egyptian market Istanbul to purchase your needs .. Read more

Galata Tower is 400 m from the center of Karakoy, and it is a tower originally built back to the fifth century .. Read more

• You can enjoy a walking tour of Karakoy Port to see its sights and views, and to take some memorial photos.

• You can also benefit from regular port trips to the ancient Kadikoy Istanbul, Istanbul Escudar, the most important neighborhoods of the city, Sultan Ayoub and others.

You can visit the Killesh Ali Pasha School, which dates back to the late 19th century, and is located in the area separating Kabatash and Karakoy.

• You must roam around, which includes a mosque, among other facilities, and then relax a little in the school café.

Except for Saturday and Sunday weekends.

• During your tour around the region, do not forget to try the traditional Turkish bath, and take advantage of some of the services of Kilic Ali Pasha bath.

• You can also get many types of massages and aromatherapy massages, and experience hot and cold rooms, as well as baths and bubble tubs.

Everyday morning from 8:00 in the morning until 4:00 in the evening.

The path of the chief writer Ismail Effendi

You can go through the historical path that is located next to the gate of Mustafa Pasha Mosque, which is designed in one façade, similar to the architectural tulip period.

• Do not forget to take some pictures of Sabil decorations and gilded carvings bearing the word shahada, dating back to the beginning of the 18th century AD.

• You can visit Karakoy Palace which dates back to 1910 AD, which is considered an archaeological building, and one of the historical landmarks of Istanbul.

• You can also take some pictures of the palace building, which features many arches and irregular windows, and includes several prominent and decorated balconies.

Alongside the palace, there are several shops that you can shop from, and some restaurants and cafes, where you can rest for traditional and international dishes.

• The establishment of the Yaralti Mosque, which is one of the historic Ottoman mosques of Istanbul, dates back to the 18th century AD, and the mosque building is located underground.

• Learn about the history of the mosque, which was built under a former tower built by Omar bin Abdul Aziz to control the entrance to the Golden Horn.

• Upon entering the mosque, enjoy a tour of its halls, under its distinctive paths in its arches, and do not forget to pass through the shrines of the Messenger Companions that embrace it.

• You must see the oldest tughra, or coined, seen on the inscription in Istanbul, which you will find above the entrance gate.

Although the area is far from Istanbul’s malls and its important markets, it is a few kilometers from the famous Istiklal Street Istanbul, one of the most important shopping streets of Istanbul. The region also has a good number of shops and stores that provide all kinds of goods that you may need.

The Karakoy area contains the best popular restaurants in Istanbul that are worth the experience, as it is a coastal region, for sure you will find the best Istanbul restaurants on the sea in it, as well as what it houses from cafes, and what roaming its streets from street vendors providing the most delicious traditional Turkish food, especially in Karakoy Street Istanbul is adjacent to the beach.

Where is Karakoy located in Istanbul on Google Maps

The Karakoy district in Istanbul is 2.4 km from the city center, and the following map shows the exact location of the area.