If you are looking for a wonderful beach vacation aboard one of the islands in the Middle East, the Emirati capital Abu Dhabi will be an ideal choice for you, as it contains a large group of islands that allow tourists to visit some of them, and there you will find many facilities and cultural and recreational facilities starting from the beaches The beautiful, nature reserves and even wonderful sports clubs that host world championships.

Come with us to get to know the most famous tourist islands in Abu Dhabi.

It is located 20 km from the center of Abu Dhabi, near Abu Dhabi International Airport, contains an island of beautiful beaches in addition to other famous attractions such as Yas Marina Formula Ferrari World Abu Dhabi Ferrari which is a wonderful entertainment city is the first of its kind and is inspired Designed by Ferrari in the world, the theme park includes 20 entertainment facilities and a game in addition to an interactive market and a number of wonderful restaurants, and there is also the Yas Waterworld water park that occupies an area of ​​15 football fields and includes 43 wonderful games including the largest water slide in the world which is It is 238 meters long and can accommodate six people, amateurs Golf they can go to the Yas Links Abu Dhabi golf course on the island’s western shore, which is described as one of the ten best golf courses of the year.

The largest natural island in the Emirates, located 250 kilometers southwest of Abu Dhabi, and 9 kilometers from Jabal Dhanna, and in it you will find everything a tourist can look for in a beach tourist destination from natural and wild areas of beauty to five-star hotels and luxury hotel units Villas and historical and heritage sites are among the most famous tourist attractions in Sir Bani Yas Island, the Arab Wildlife Park, which is the largest natural reserve in the Arabian Peninsula, covering half of the area of ​​Sir Bani Yas Island and is home to ten thousand species of wild animals, including the Arabian oryx, deer, giraffes, hyenas and Cheetahs.

It is a huge natural island with an area of ​​27 km. It is 500 meters from the coast of Abu Dhabi, only 7 minutes from the center of Abu Dhabi and about 20 minutes by car from Abu Dhabi International Airport. This island, which is currently entering into a huge development project, is a wonderful tourism, cultural and entertainment center Among its most famous tourist attractions are the Zayed National Museum, the Louvre Museum Abu Dhabi and the Guggenheim Museum Abu Dhabi that the Saadiyat Island museums will be opened in 2020, and there is also the Saadiyat Lighthouse, which is an integrated cultural and artistic center, and the Abu Dhabi Art Gallery, golf enthusiasts can go to the Saadiyat Beach Golf Club and it features With its stunning architectural design, it is the first air club A roll contains pits overlooking the ocean, and if you want to spend the day at the beach, Saadiyat Public Beach will be an ideal choice for you, which is a beach with a length of 400 meters.

It is one of the famous tourist islands in Abu Dhabi and contains many recreational and service facilities that make it a stunning tourist center in the new Abu Dhabi area, and contains a number of wonderful hotels that overlook the beach, and a number of famous stores, including the famous Galleria Mall center which is home More than 130 stores of a famous brand, including 50 stores of new brands, entered Abu Dhabi for the first time.

It is a beautiful island located off the coast of Abu Dhabi and is known by many names, including Abu Al Shom, The Pearl, Pearl Island. This island is famous as a famous commercial, cultural and educational center. Among its most famous features are the connected gate towers, which are very similar to the stone buildings in the famous Stonehenge archaeological area in Salisbury Plain in Wiltshire County South West of Britain, which dates back to the prehistoric era, in addition to that, the island is home to the Paris-Sorbonne University – Abu Dhabi and is the first French educational institution in the Gulf region.

It is located on the eastern coast of Abu Dhabi and is one of the isolated islands somewhat compared to the rest of the islands in Abu Dhabi, but it can be reached from the ports of travel in the Emirates, and this island is only 10 minutes by boat from Saadiyat Island, this island is an ideal place for those who wish to Spend a quiet beach vacation away from the hustle and bustle of cities where you can enjoy spending time on one of the beautiful beaches overlooking the Arabian Gulf, and stay in one of the luxurious resorts on the island, including the Zaya Nurai Resort, which contains 32 wonderful hotel villas to stay and three distinct restaurants.

It is located off the coast of Abu Dhabi and was in the past the center of the diving and pearling craft in the Arabian Gulf region. This island is still an important center for this famous economic craft in the Emirates, but it has become an important tourist center besides that. This island is also home to the oldest human gathering known to the Emirates, where studies have indicated that the island has become inhabited for nearly 7 thousand years, and the island contains traces and pottery vessels that date back to the civilization of Mesopotamia.

Learn about the most beautiful beaches of Qatar 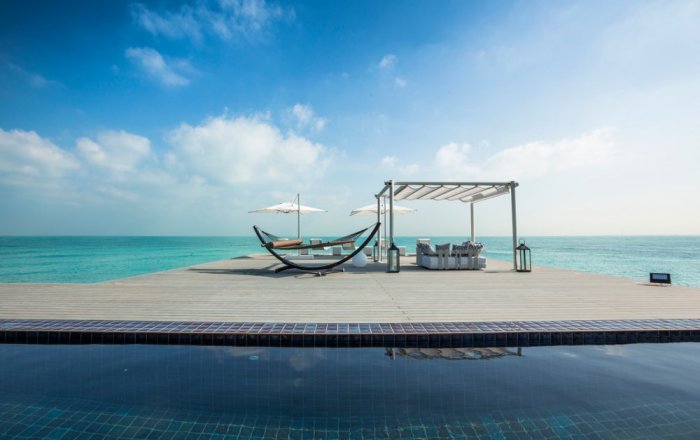 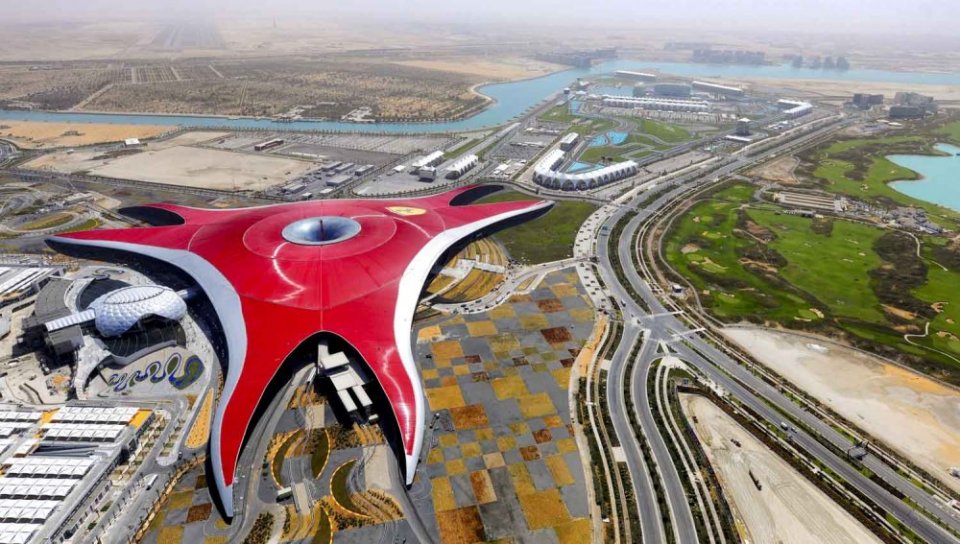 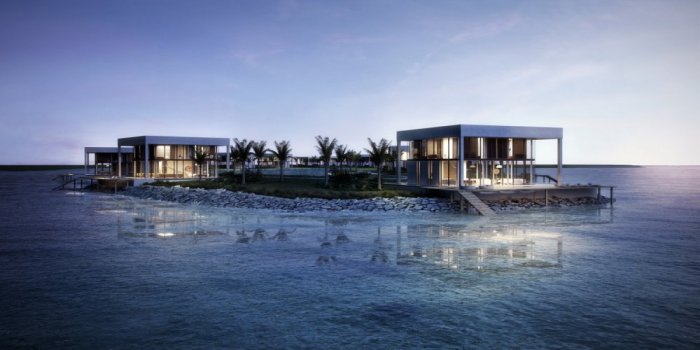 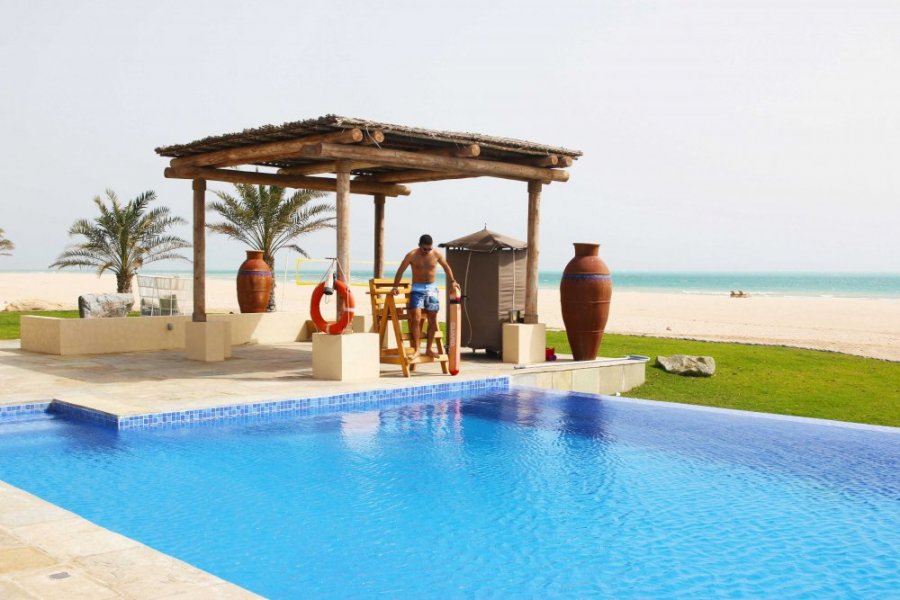 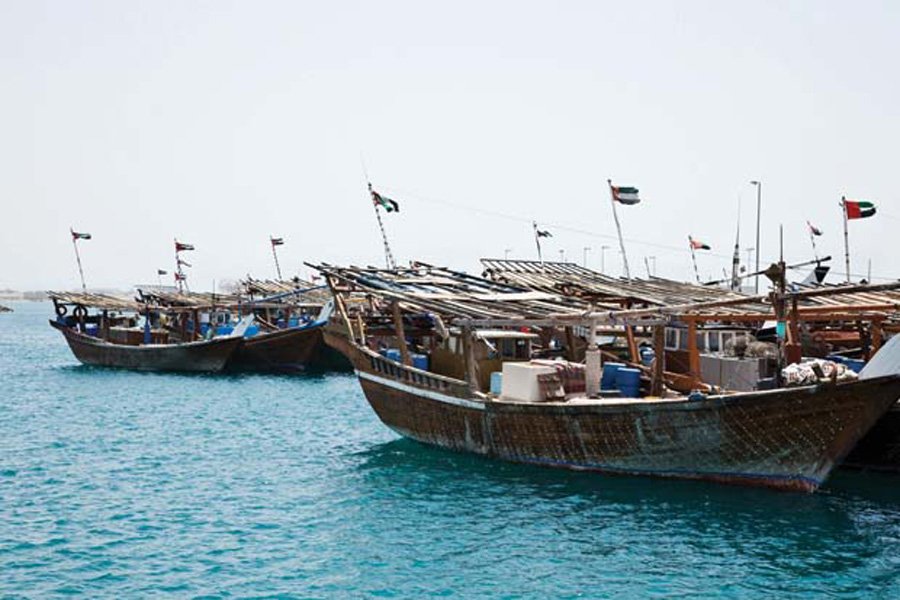 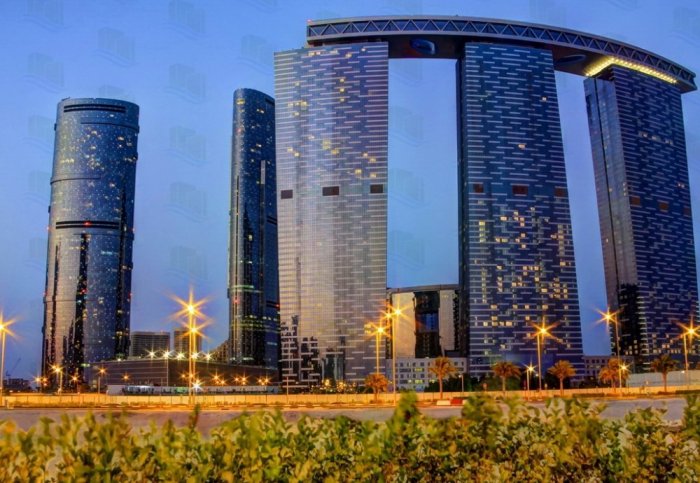 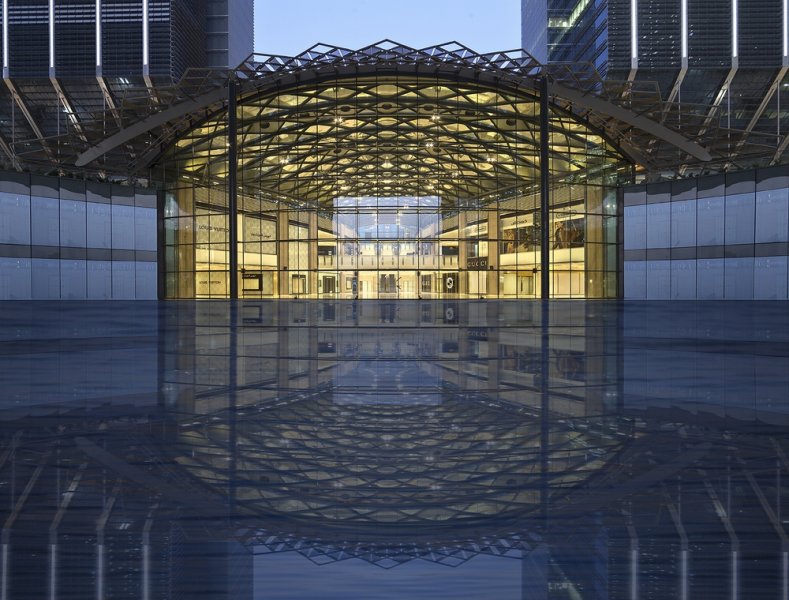 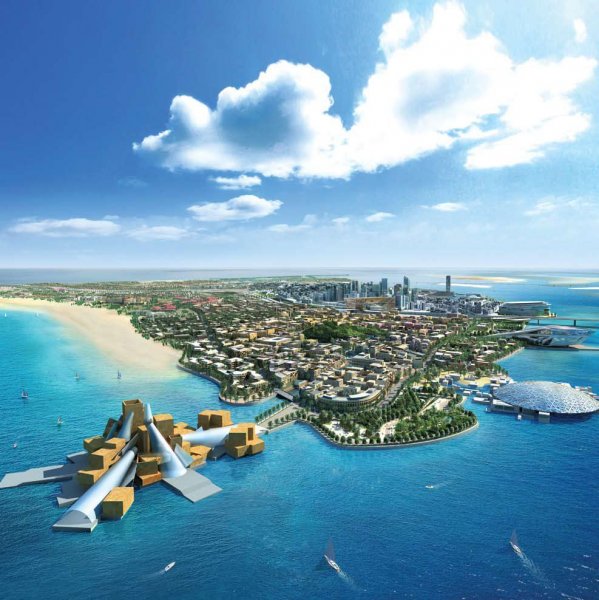 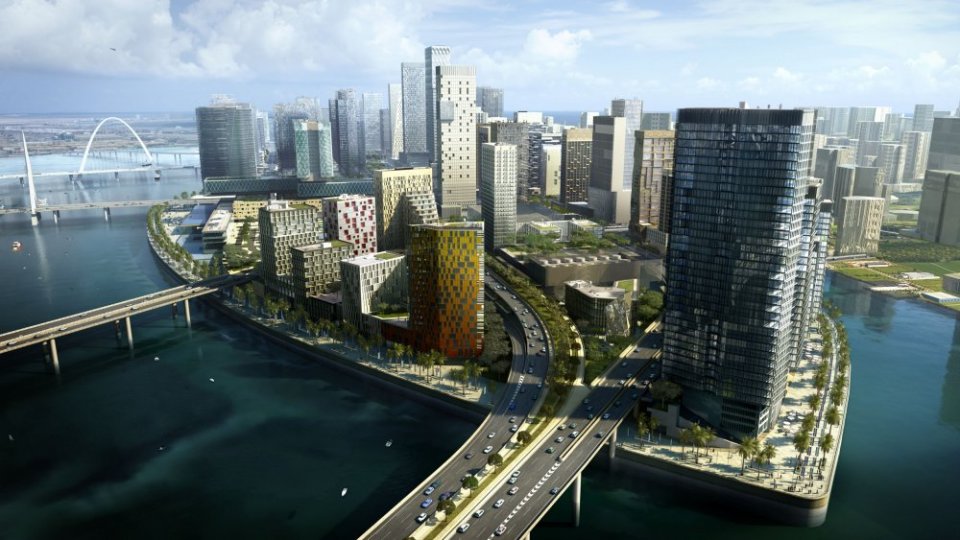 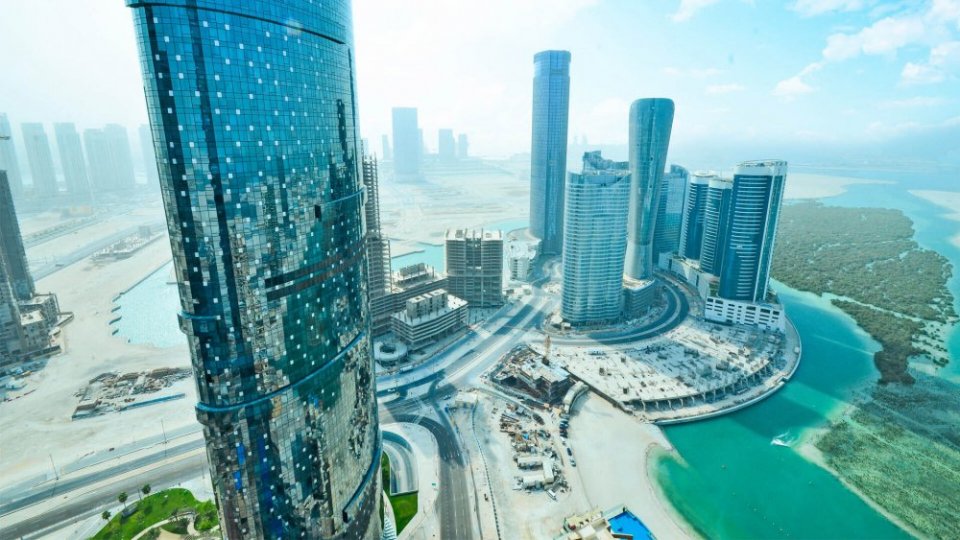 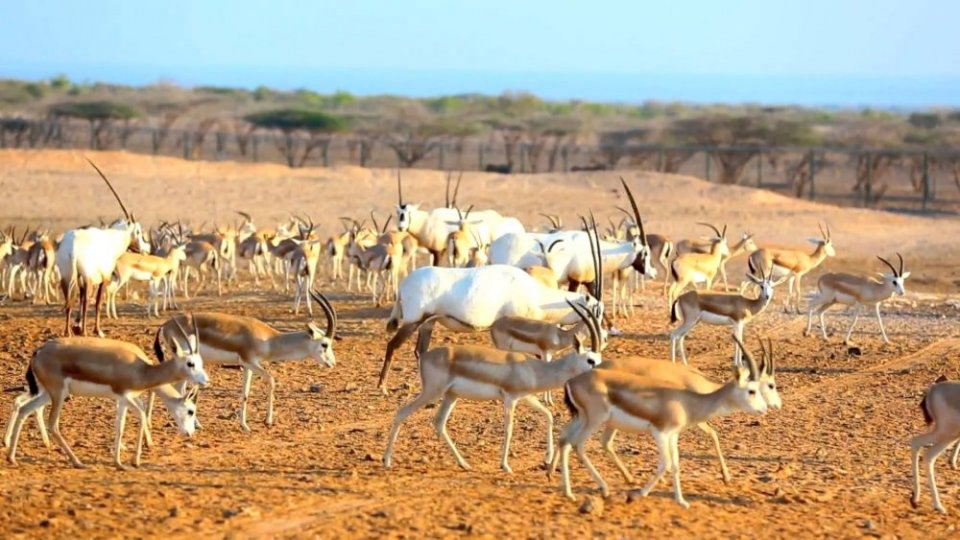 The largest natural island in the Emirates, located 250 kilometers southwest of Abu Dhabi

The most beautiful sites of Scotland .. the land of legends and romance