The most expensive tourist destinations in the world

Sofia, Bulgaria’s markets: the lively shopping capital and destination for tourists who are passionate about shopping

Tourists flock to Europe every year from all over the world to visit the best tourist places in Bulgaria, this wonderful country that offers everything from sunken beaches to the rich history and even ski resorts between the borders. Although it is not as well-known as many other countries in Europe, it is of unique and distinct beauty.
Here are the most beautiful sights to enjoy a unique summer vacation.

The best tourist places in Bulgaria

Varna Varna is the favorite spot of the local Bulgarian mediators, as well as some other cities in the summer.
The beaches are one of the main attractions of the city in addition to seafood restaurants. Meanwhile, the nightclubs on the edge of the beach revive the city after dark.

Read:Varna Bulgaria resorts are beauty, tranquility and sophistication .. the trio that every tourist is looking for

Veliko Tarnovo This legendary city is situated on the foothills of the northern Bulgarian mountains and is never without tourists during any time of the year.
What distinguishes it most is that the streets of the Yantra River in the city center are S-shaped.
Veliko Tarnovo also features beautiful cobbled paths and half-timbered houses in the old town, which evolved with the prosperity of the second Bulgarian Empire in the Middle Ages where tourists were enthralled when visiting.
The landscape is also scattered throughout the city, especially the wild coniferous forests.
Therefore, travelers encounter a mixture of natural and architectural beauty as well, which in turn indicates the wild culture and history represented by the magnificent Byzantine churches and distinctive houses. 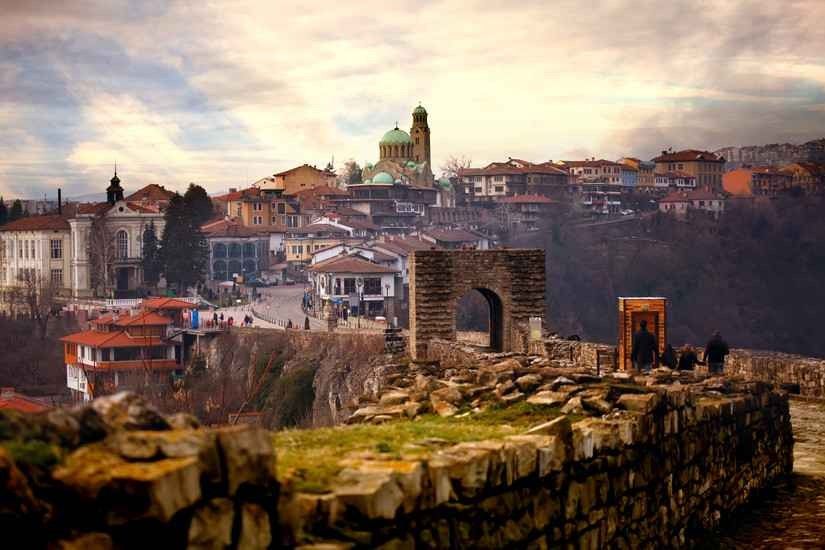 Veliko Tarnovo Sofia Bulgaria The city of Sofia is the capital of sprawling Bulgaria and is a mixture of its past.
Around its edges are huge monumental high-rise monuments from Soviet rule.
The most characteristic of the city is the ancient remains of the Serdica Castle and the Romen Byzantine Church of St. George. The architecture of that capital is striking, as the Orthodox domes are very creative. In addition to gilded prints, Alexander Nevsky Cathedral glistens beneath the snow-capped peaks of Vitosha Mountains. Everything is very eclectic and picturesque in Sofia. 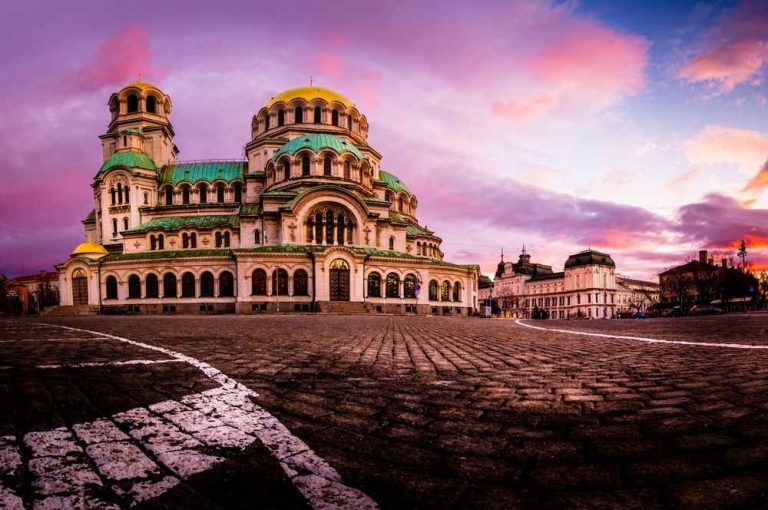 Sofia Bulgaria Sofia Burgas The city of Burgas is one of the destinations in the southern regions of the Black Sea coast and a favorite for tourists.
It is far from the country's ancient and historical centers, which are found in other cities of Bulgaria.
However, it is a largely modern city with tall buildings and manicured gardens at the edge of the sea.
The city is also home to a number of the most vibrant music festivals in the whole of Bulgaria such as the Burgas Spirit Festival which erupts every year in the summer and fills the city with joy and vitality. The northern beach is the most popular extended sandy beach in the city. Burgas also features some beautiful lakes that are distributed from west to north and from which one can discover some of the most beautiful and rare bird species. 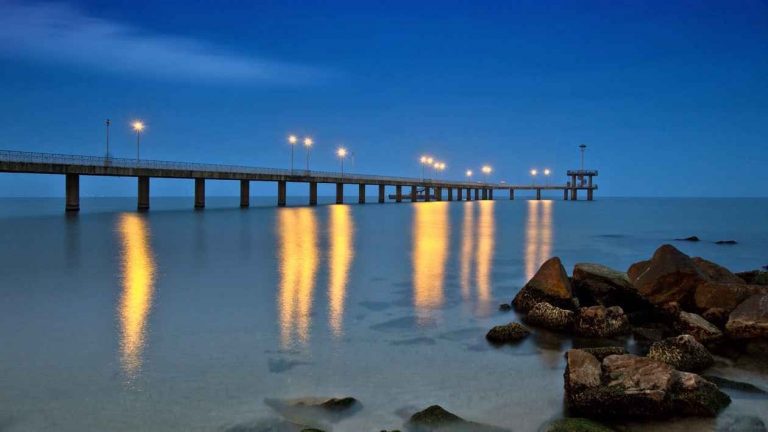 Tourism in Ross, Bulgaria: your guide for an interesting trip in Ross, “The Pearl of the Danube”.

Travel advice to Bulgaria .. a long history and picturesque beaches!

Varna Bulgaria resorts are beauty, tranquility and sophistication .. the trio that every tourist is looking for

Sightseeing Sofia Bulgaria is an ancient capital and a rich history

Tourism in the Cave of Turkey

Report on the advantages and disadvantages of The Address Dubai Marina

The most dangerous land trips ever!

Learn the most famous things that America is famous for