The best tourist places in Tunisia

Known as “green Tunisia”, Tunisia has a lot of historical, cultural and natural diversity, which makes it a rich tourist country whose magic can be discovered at any time of the year. With a magnificent view of the Mediterranean, you can spend a wonderful vacation on the sea in the summer, or in return, you can discover the ancient cultures and history of Tunisia and approach a completely different climate in the desert. Here are the best tourist places in Tunisia this year to visit and take a vacation full of enthusiasm and activities.

We start our journey from the coastal city of Sousse, which includes the famous Marsa El Kantaoui, which is considered one of the most important marinas in the country and North Africa in general, and is characterized by the fact that a tourist anchorage with distinction on the Mediterranean coast is famous since 1979 when it opened. In addition to tourist boats and fishing boats, the marina includes many recreational places such as restaurants and cafes overlooking the sea, in which you can taste the freshest fresh fish as well as many green gardens. There you can spend a beautiful day by renting a boat for a cruise or fishing and enjoying the fresh air, as well as the possibility of diving. In addition, you can wander around the marina and shop for souvenirs to take from your trip.

Bardo Museum in the capital Tunis

The Bardo Museum is very important in Tunisia as it is considered one of the oldest museums in the world, and it deserves a visit to get a glimpse into the country’s ancient history. The museum has many different pavilions and halls, the most important of which is the Carthage Hall, as well as being among the first museums to take care of Roman mosaic art, where you find thousands of paintings of this type that date back to the period before BC until what is classified as the museum is the richest of all in this art. In the museum you will find a wonderful collection of ancient sculptures, statues and exhibits, some of which make up for the Byzantine period and others, which made the museum an international tourist destination.

The city of El-Jem is located on the coast of Tunisia, and what truly distinguishes it from the tourist is the El-Jem Palace, or what is known as the tall Roman El-Jem theater, which is considered a rare historical world architectural symbol in the world, as there is only one instance of it located in the cradle of Roman civilization in the Italian capital, Rome. Any visitor to Tunisia must head to discover this huge milestone surrounded by exhibition halls that the Romans were using. Today, the palace, along with the historical importance it enjoys, becomes a prominent site for the most famous artists and musicians from Tunisia and the world at large, as well as concerts and festivals attended by an audience of more than 40,000 people.

If you are looking for an ideal beach retreat in Tunisia, you should head to the tourist island of Djerba with distinction. Djerba is a global tourist destination, especially for European tourists, and it is famous for its clean beaches and its distinctive sunset scenes, and many fans of the famous “Star Wars” series of films visit it to discover the sites that photographed scenes from the first part of the series in 1977 in the town of Ajim in particular. Many events take place on the island. You should also visit Houmt Souk, which is a city on the island with unique beauty. It is also a great site for shopping lovers, as there are many local vendors who offer traditional Tunisian products that will definitely receive your attention.

The city of Carthage is a modern city with distinction, despite the fact that the archaeological part of the city extends over a large area of ​​it and is classified as a UNESCO World Heritage List. It is worthy of any tourist to Tunisia to visit this distinguished city. The most famous cultural centers and parks in the city are the most famous of these centers. The Carthage Museum displays a rich historical heritage dating back to the Phoenician, Roman and Islamic periods. Carthage is also teeming with other centers of tourist attraction, especially the “Punic District” which dates back to the second century and the “Roman Houses neighborhood” and the “Odeon” theater and theater The Romanian and many others … Carthage hosts an annual music festival between July and August in the archaeological theater, and it is considered one of the most famous Arab and even international festivals. 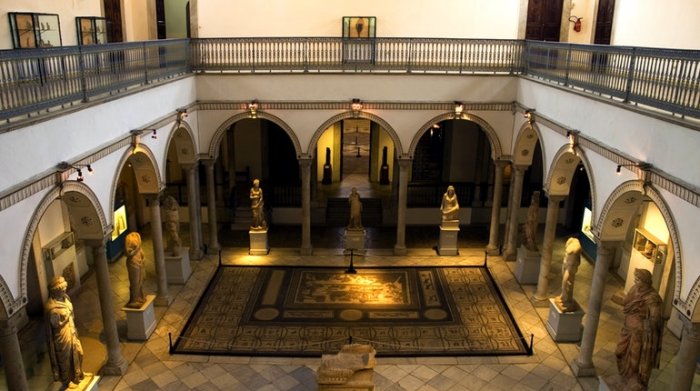 From the Bardo Museum 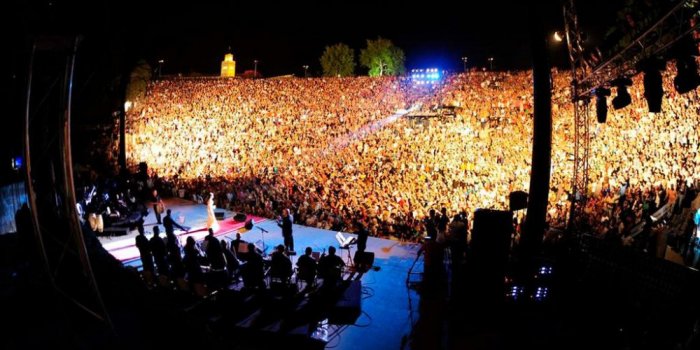 From the nights of the Carthage Festival 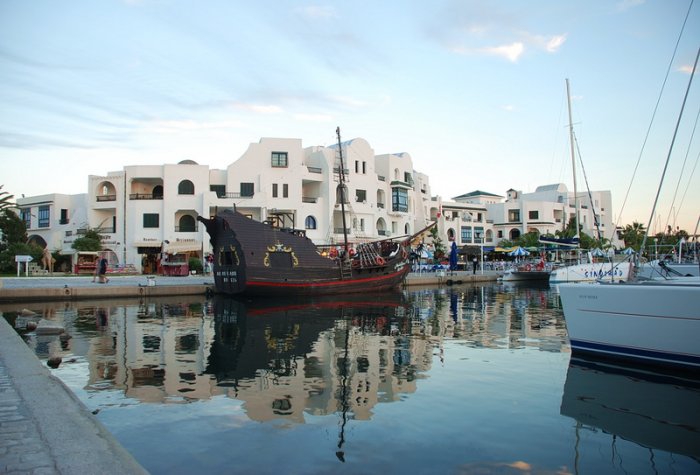 From Port El Kantaoui in Sousse 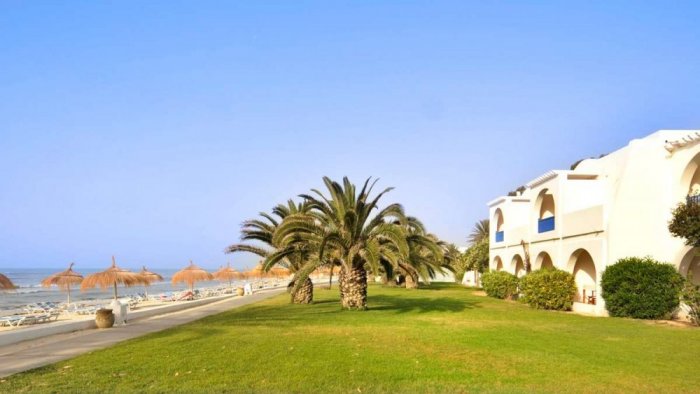 From the resorts of Djerba 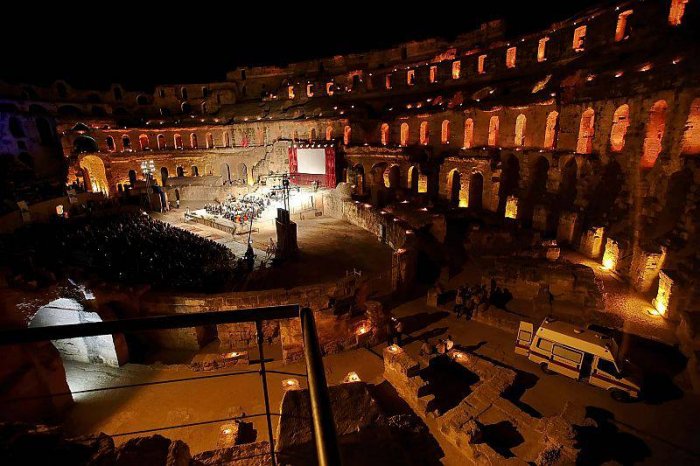 From the Roman El Jem festivals

From the capital Tunis 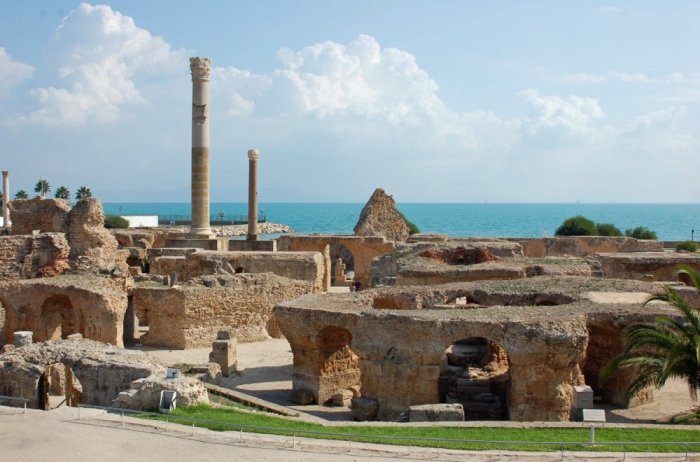 From the effects of the city of Carthage 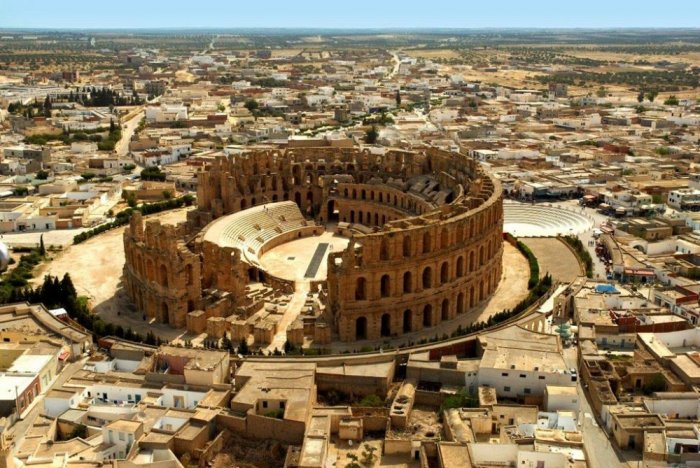 The city of Djerba 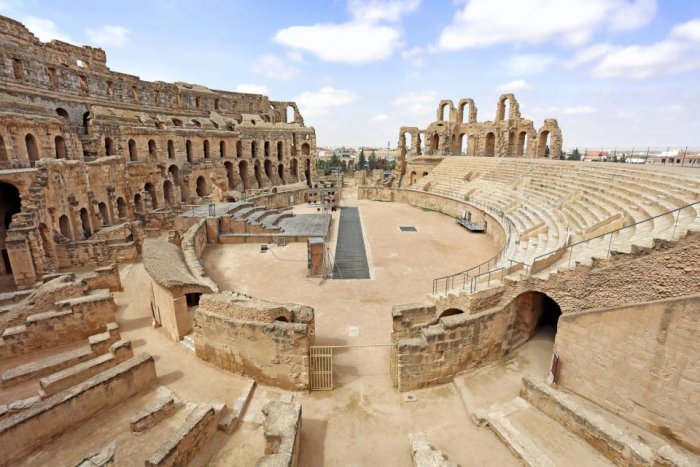 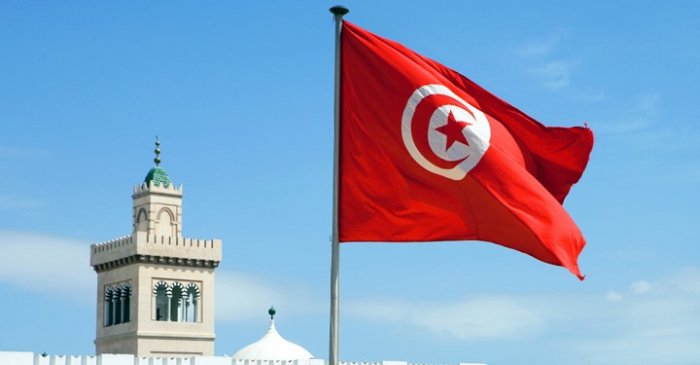