The charming city of Biarritz, France … the city of the rich

The city of Biarritz is one of the most famous French destinations, which has been famous since ancient times among the rich and noble of France, for treatment and hospitalization among its beaches.
Today the city is famous for water sports, especially windsurfing.
So we advise you if you want to spend a pleasant vacation while visiting France, head to the city of Pyrenees, where the scenic sights and the attractive nature that take you to another world. 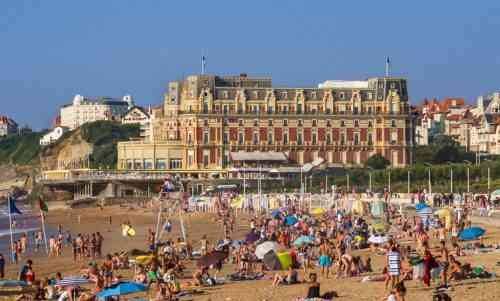 1- Location:
Biarritz is located on the Atlantic coast, in the French Basque Country division.
It is located a very short distance from the Spanish border, which is only 30 minutes by bus.
And it contains many churches, luxury cathedrals, and archaeological museums, and these monuments are located at short distances from each other.
From which you can visit these attractions on foot. 2- History: 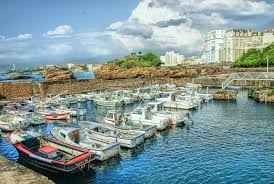 Biarritz was famous in the 12th century as a destination for whalers, so that they could sell their trade offshore.
It was also famous for its healing beaches, so they were rich and rich intended for hospitalization and treatment.
And Queen Eugene (wife of Napoleon III) built her famous palace on the coast, in addition to a group of gardens surrounding the palace.
It is worth noting that this palace turned into a hotel later, and it was called the Palace Hotel. It is popular with luxury lovers who come to France from around the world. 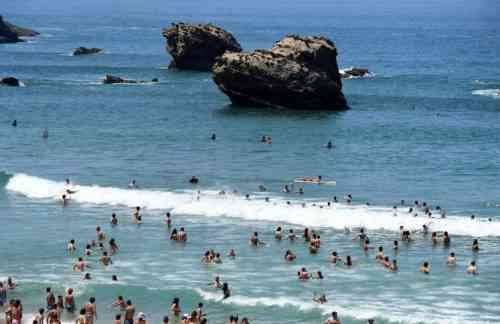 Biarritz is characterized by many picturesque and quiet beaches, the most famous of which are: Grande Plage Beach:
Occupying a central location close to the center of Biarritz, it is the ideal destination for vacationers looking for crystal clear water, and white sand.
Contains a set of landscapes, which will stir you into a world of imagination, you can try diving, or enjoy surfing.
It is worth noting that there is an annual festival held at this beach, and all surfing professionals from around the world come to it.

4- The most famous cultural and tourist attractions: 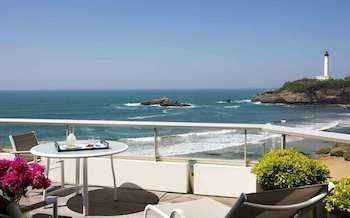 Local lighthouse:
Built in 1834, it is located at the highest point of the city of Biarritz, and you can climb to the highest point of the lighthouse and take souvenir photos. Enjoy the beauty of the sea and the view of the city.
Or until you go at the end of the evening and take the most beautiful pictures of sunset. Asiatica Museum:
It displays a different set of Asian works, through giant screens, examples of which are from China, India and the Himalayas.
A marine-related museum that displays works on the history of whaling in Biarritz and a collection of marine artwork.

Children ‘s Places in London The best and most beautiful