Thinking of planning a unique and unique honeymoon? If your answer is yes! So you are in the right place; the website of Arab travelers will introduce you to the most famous romantic tourist destinations in the world, Santorini Island in Greece.

The charming island of Santorini in Greece … a romantic island in Greece:

Information about the island: 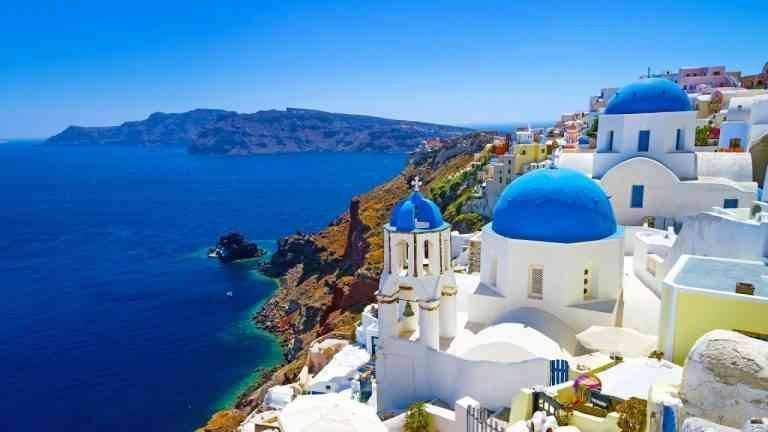 Santorini Island Santorini Island, or as some call it an island in the Aegean Sea in the Cyclades Islands, was the site of one of the largest volcanic eruptions in the world more than 3000 years ago which led to the disappearance of part of the island; it is worth noting that the Romans were using the island as an exile but The most beautiful exile! Fira is the capital of Santorini Island and is a tourist city par excellence but somewhat expensive; Santorini is probably the most interesting island in Greece. The island is characterized by a wonderful sunset scene which is excellent for photography; Santorini was a round island, but during the earthquake and volcano that erupted in The 15th century BC in the center of the island led to its sinking and gave it its present form. 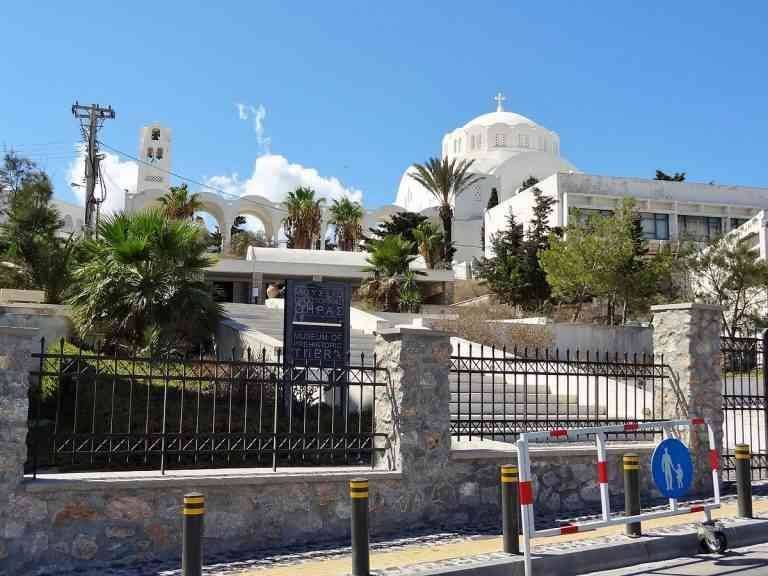 Ancient Thira Museum The Thira Museum is located in Fira, on Santorini Island in Greece, the museum is built on the ruins of a church that was destroyed after the earthquake. The museum tour is divided into 4 parts, the first part talks about the history of the city of Fira and the second part talks about the volcanoes that occurred on the island, The third part includes some discoveries from the Neolithic period and the last part talks about the boom period in Akrotiri, a Minoan city that existed in the Bronze Age. Read also: Your tourist guide for Walt Disney World in Orlando 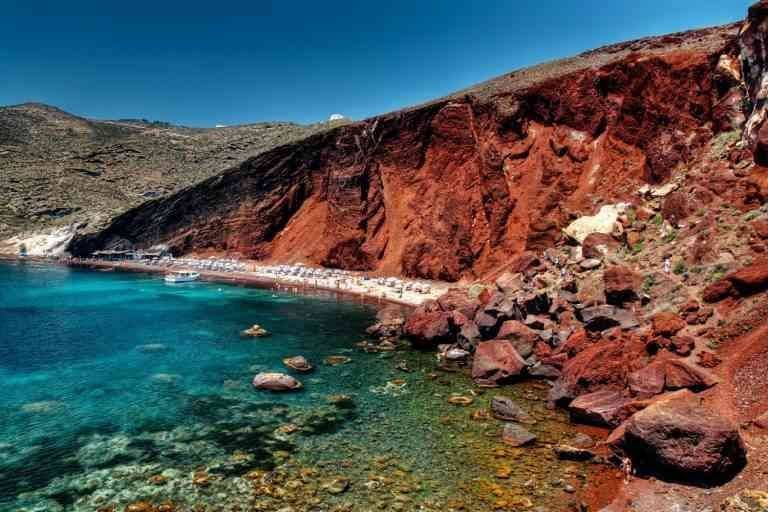 Red Santorini Beach, Red Beach located on Santorini Island in Greece, is one of the most famous and beautiful beaches in Santorini Island, and it is located just steps away from the ancient Akrotiri site, but due to the small beach area it will quickly crowd. Most of the tourists visit the beach to see some unique scenes It is like red and black volcanic rocks; it is best to leave your car in the parking lot and walk to the beach or you can ride a boat from Akrotiri harbor to reach the beach. Diving in the beach will definitely be fun where you can see interesting rocks in the depths of Santorini Beach the Red. 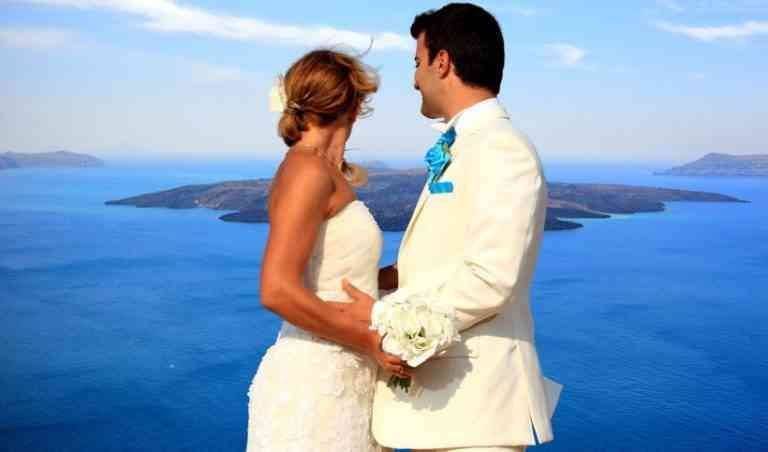 The Santorini Caldera The definition of the word caldera as a phenomenon accompanying the occurrence of the volcano and is believed to have occurred due to a massive eruption in the volcano that led to the torpedoing of its summit to turn into a phenomenon of caldera. Volcano; the caldera is located 120 km on Santorini, north of Crete in Greece. The caldera ranges between 150 to 350 meters; and in the northern part of the caldera you can find the city of Oia which is the favorite city for tourists because of the places you find there such as: restaurants and hotels That folds Places on the island of Santorini charming; now Santorini caldera is one of the most important geological formations on the planet.

Santorini on the honeymoon:

Santorini is on honeymoonSantorini is definitely considered one of the most beautiful romantic places that you can spend a special honeymoon in it, as you can do many charming activities inside Santorini Island and the site of Arab travelers will help you to get to know them: Read also: The best beaches in Los Angeles .. The most beautiful beaches USA 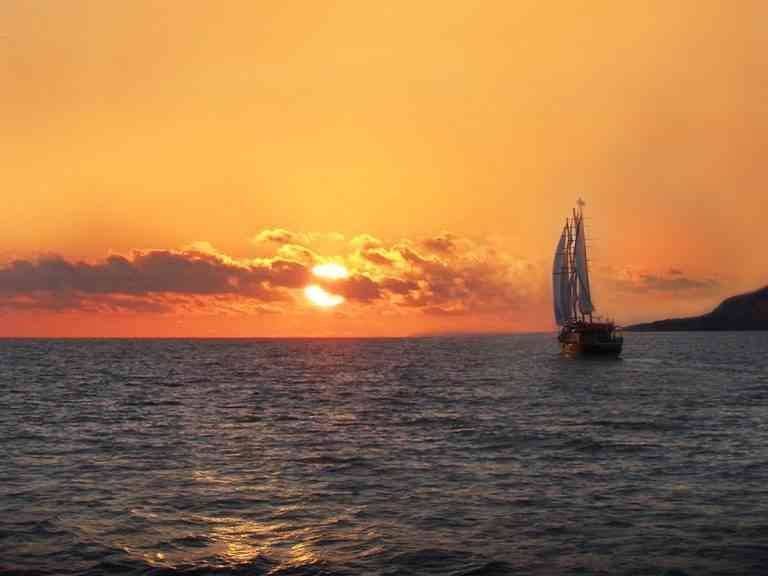 There is nothing more romantic than watching the sunset and sailing in the Aegean Sea on one of the boats to reach the charming beaches of Santorini, where you can sail and visit some beaches such as the red beach and the white beach. These beaches were named after the colors of the rocks and sand in them and they are definitely excellent places to take a picture of the memory. And not only that, since you can see the volcano site and see many tourist places across the boat, therefore it is preferable to use the boat instead of the car for a distinct experience. 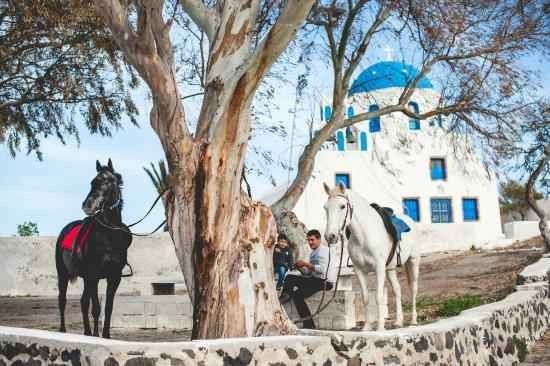 If you are a fan of adventure, you can rent a horse for two hours to see some strange villages full of history and see the wild scenery of the island.

Make sure that the horse is in good health and that his ride is comfortable for you. You can ride a horse and visit the village of Megalochori, where you can see the unique architecture and get to know this ancient culture. It is best to take a different path when returning to the stable because your way will end when you reach the stable.

The most popular tourist place in Orlando

Your guide to shopping in Miami