Many people may find that the cost of tourism in Japan is large and not suitable for those with economic budgets and this may be true to some extent, as Japan is one of the costly countries to travel; but we will not let this stand on your way to visit that beautiful culturally diverse country with wonderful landscapes and unique experiences. Bright lights, big cities, beaches, mountain ranges and other things that break your heart if you miss them. Here comes our role in setting an economic budget for you to save as much as possible in the cost of travel to Japan if your budget is economic or medium. * Please note that the existing accounts J This article was developed as the price of the dollar against the Japanese yen at the time of writing, the yen is the currency prevailing in Japan; estimated the dollar to 113 yen.

The cost of tourism in Japan and an economic budget

You must bear in mind that there are some things that you will not be able to provide much and are necessary and stable; you may provide them a little but not enough, including travel and airline tickets, the prices of airline tickets are very variable according to the fluctuating prices prevailing in the world these days, The high prices continue; they are also variable according to the country from which the journey starts and the conditions of that country. Therefore, we cannot set a fixed cost for airline tickets to Japan, but we can give you the average cost for most countries where you can travel to Japan in economy class with different airlines between 200 to 300 dollars. We can also give you some advice that will help you in saving the cost Traveling to Japan where you can book in non-tourist seasons in which airline tickets prices decrease significantly; these months are after mid-January, where official and New Year holidays and others are over; and from February to mid-April it is also a good time to visit at a minimal cost in addition to The month of June, and you have to move away completely from the month of July, as it is the most expensive way, so that airline tickets increase twice as much; then from September to mid-December, when prices for airline tickets and hotels decrease in them. 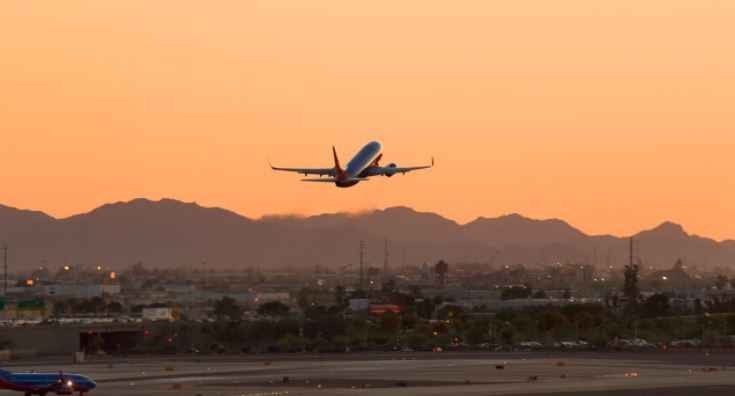 There are many countries that are allowed to enter Japan without a visa; there are other countries that must issue a visa but are exempt from fees, but unfortunately the Arab countries are not considered one of any of them, so the Arab tourist must issue a visa and pay its fees, so the entry visa to Japan is one One of the constant things that you cannot save much is that it is fixed, specific and necessary. But what distinguishes the Japanese visa is that it is somewhat inexpensive compared to many other countries; and the visa is in the range of approximately 640 yen to 700. 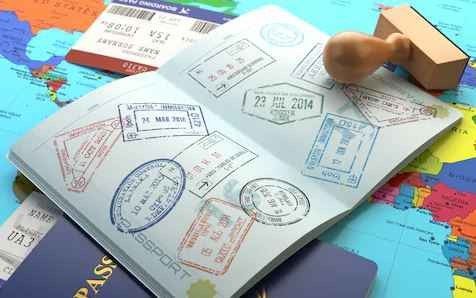 The costs of staying in Japan are incredibly high, which is what you will spend most in Japan; but if you choose the right and suitable hotel, you will save a lot in the cost of tourism in Japan as a whole; now we leave you with the best and most economical housing options in order to help you ration your spending from your economic budget. .

This hotel is located in Asahikawa, which belongs to Hokkaido Prefecture in Japan, and it is one of the cheap and not expensive hotels at all in Japan, where we highly recommend it to you to save on the cost of tourism in Japan. It provides comfortable and simple rooms, free Wi-Fi, massage services and laundry for a small fee. You can also Dining at the hotel, there are many options offered by the hotel restaurant, and prices start from 2146 Japanese yen, equivalent to nineteen dollars. You can book the hotel on the Booking website here. 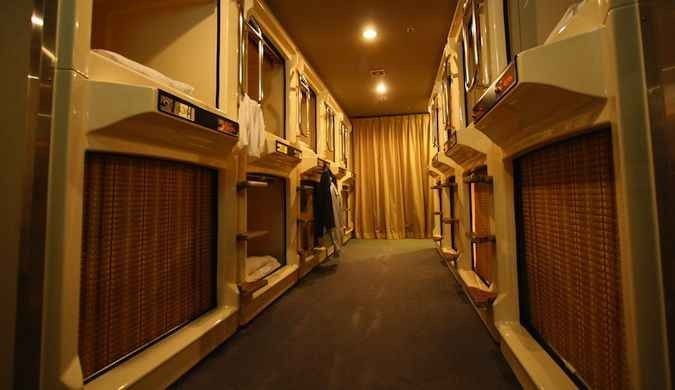 Transportation is one of the most expensive things in Japan after hotels, and it makes up the bulk of the expenses in the cost of tourism in Japan because transportation really deserves its value. Trains, for example, are faster than a missile while they are very comfortable, for example a train ticket may It costs you hundreds of dollars and is more expensive than plane tickets! Yes, as I read completely; for this, you have to get away from the train completely if you want to save on your expenses and your budget. As for the metro, it is suitable for saving and the average cost. As for buses, it is suitable for the medium budget, as it is considered a less expensive alternative than the train, but it is less fast, for example if the train is from Tokyo capital to Osaka takes two hours, the bus will take ten hours, and now we leave you with transportation prices in Japan to choose from them in line with your budget..a seven-day train ticket costs 28,300 yen, which equals $ 250.7. A train ticket is valid for fourteen One day it costs 45,100 y That is equivalent to $ 399.31. A train ticket valid for twenty-one days costs 57,700 yen, equivalent to $ 510.87. A train ticket valid for one day going and back costs 14,250 yen, or $ 0.12. A metro ticket is valid for one time or a trip that costs from 100 to 200 yen according to the distance covered, the equivalent
0.89 to $ 1.77. A metro ticket that is valid for twenty-four hours for an unlimited number of times costs 800 yen, equivalent to $ 7.08. An intercity bus ticket – which may vary according to distance – costs 4,500 yen, which is equivalent to $ 38.84. There is a certain type of bus ticket Which are attractive offers, for example, there is a bus card that saves several times
Unlimited ride for three days in a row for 10,000 yen, or about $ 88.54. 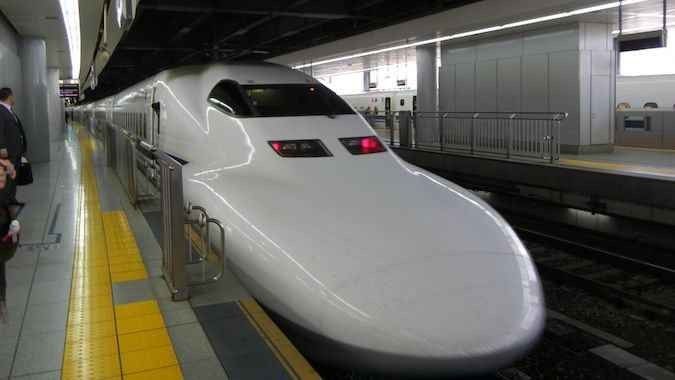 One of the questions that will come to your mind is: Is food expensive in Japan ?! And we will answer you that it depends on the place
Where to eat; in major cities, most of which contain high-end and expensive restaurants, you will find that the price of a meal is
One of those restaurants is between 4000 to 8,000 yen, which is between 35.42 to 70.83 dollars, and this is too much for a meal! We also have to alert you that sushi is one of the expensive meals even in food stalls and small and economic restaurants where
Its price ranges between 1,800 to 2,000 yen, or $ 15.94 to $ 17.71, but in small restaurants you can eat delicious, delicious, and saturated food for a reasonable and economical price compared to other restaurants;
For example, you can get a grilled chicken meal in the Chinese way for 600 yen, or $ 5.31; in general, the meals
Generally, in these restaurants, they start from 150 yen to 1000 yen as a maximum for the finest and most delicious meal they have, i.e. from 1.33 to 8.85 dollars.
What do you think ? Didn’t we save you much in the tourism budget in Japan! 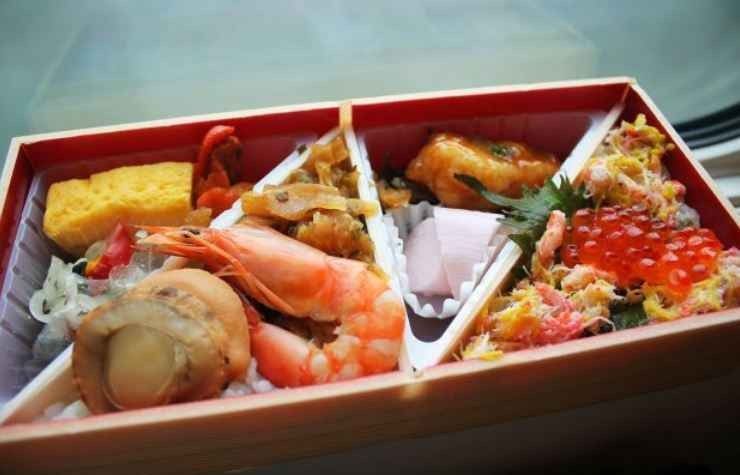 Most of the tourist attractions are very cheap in Japan; you will not spend more than 500 yen visiting a museum or a single temple
It is equivalent to approximately $ 4.43, and there are some travel cards that you can purchase from the Internet, allowing you to enter any temple or museum in addition to
Transfer to and from museums completely during your travel, and the card may cost about 1,200 yen, which is $ 10.62 returned
It is more than an excellent deal and will save you a lot of money, so you have to look for the offers cards provided online
Before you travel and check whether it’s available, it’s the best way to save. 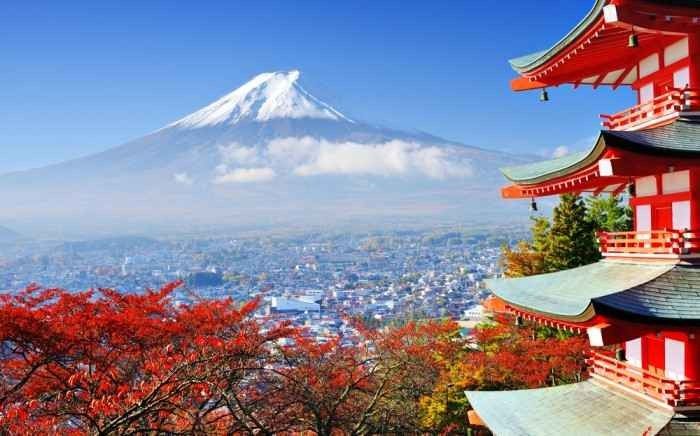 The cost of visiting attractions, in the end, we can tell you that Japan has a reputation for being one of the most expensive countries in the world for tourism and this reputation is correct
Indeed, but that is if you intend to stay in luxury hotels, eat out and in fine restaurants, and move around a lot
Costly means of transportation, and in this way you will spend more than two hundred dollars a day. But if you followed the tips above then you stayed in a cheap hostel or hotel and moved through the city by economic means of transportation such as the metro
And you eat cheap food in simple restaurants, you will spend less than 75 dollars a day, but much less and you will save a lot in the cost of tourism in Japan.

The cost of tourism in Malaysia .. the preferred destination in East Asia for those with economic budgets

Entertainment places for children in Lebanon .. a full tour …