Certainly, when you think about France, you don’t think of the French countryside near Paris, and you only think of Paris,
The city of love, romance, creativity and beauty.
But France has more than Paris, it has wonderful treasures that await those who discover it, surpass its walls, and reveal its beauty and dazzling mystery.
We present to you a group of rural cities that you may not have heard of before but that Paris is beautiful.

The most beautiful French countryside near Paris

Annecy is one of the most beautiful towns in the French countryside near Paris, which is about 22 kilometers from the east of France.
It is the largest and most popular town among the French countryside;
This is because it is famous for its most beautiful romantic water channels, and therefore they call the town Venice Minor, because of its water channels similar to the Italian city of Venice.
One of the most famous tourist attractions in the town is the Palais de la Isle, which is a French historical museum in a picturesque castle dating back to the twelfth century, located in one of the town's stunning water canals. 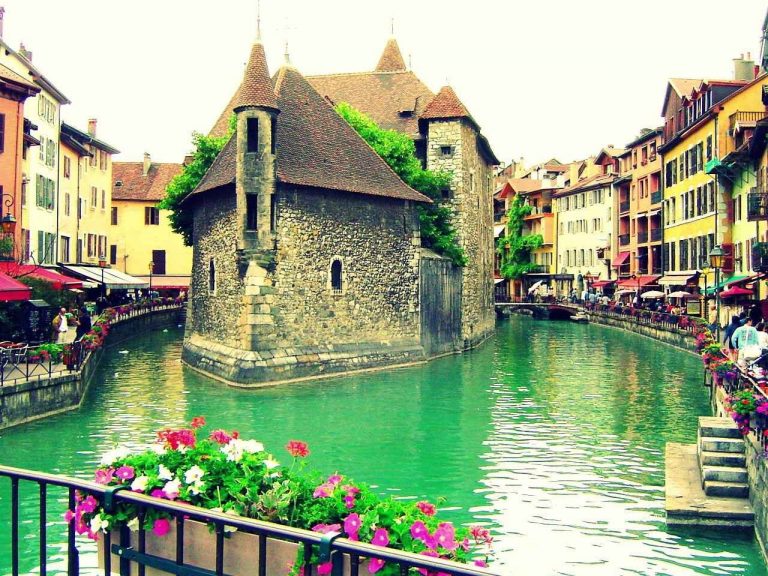 The town of Vienne is one of the cities of the French countryside near Paris where it can be easily reached by train.
The town is considered a true French jewel as it possesses stunning ancient Roman ruins. It is also full of cafes and historical churches across the river, as it is considered the best place in France to enjoy the sunset.
Make sure that you visit the town's gardens and go on a tour along the river until you get to know the true beauty of the town.
There are also many shops around the city near the train station for shopping fans.
The amazing thing is that you can visit all of these places in just one day. 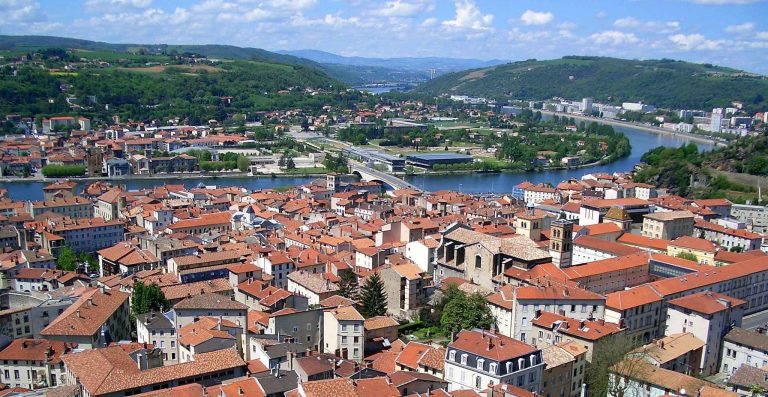 The city of Colmar

Colmar is a colorful French town of great beauty, full of brightly colored homes, facades of pleasant shops and bright, blooming water channels. It is full of colorful flowers and the ambiance there is like fairy tale and delightful.
After exploring the charming streets of the city, most tourists choose to go on one of the romantic boat tours on the Colmar canals. 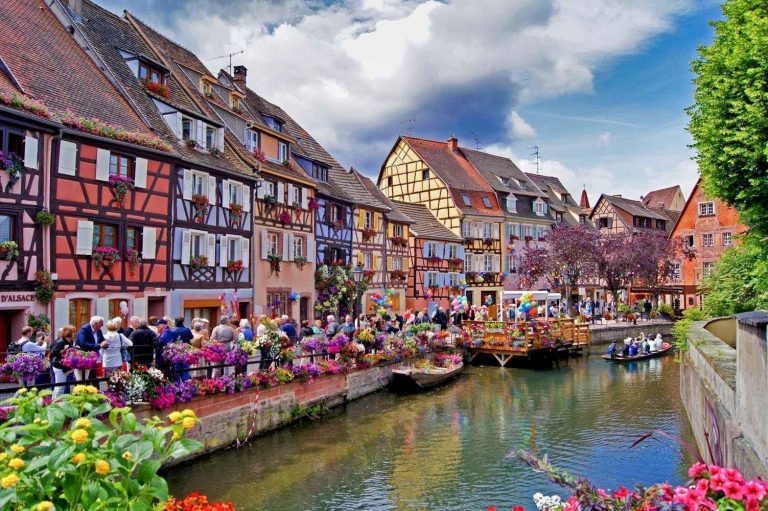 The city of Colmar

This magnificent French town full of traditional stone houses and churches is located on the French island of Corsica which is known as the island of beauty and is listed as a UNESCO World Heritage Site.
The town is extremely picturesque, incredibly stunning and has one of the most spectacular nature reserves you might ever see and Scandola Nature Reserve.
The town has many boutiques, bars, cafes and restaurants to choose from, and it is one of the towns that will remain stuck on your mind forever. 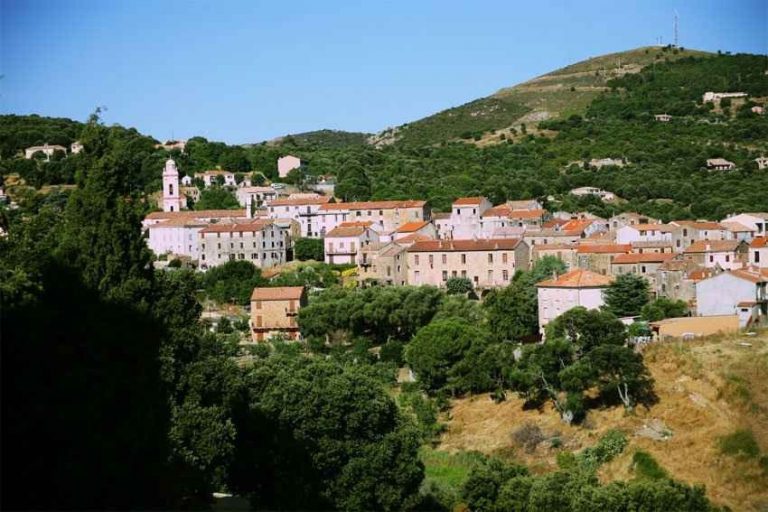 France Piana Read also: The charming city of Biarritz France ... the city of the rich

The town of Macon

Macon is located in the province of Burgundy and can be reached by train from several cities, including Lyon and of course Paris.
The city also features local delicacies that you can taste while touring the city.
The most characteristic of the town is that the important things and its main features are central, i.e. located in one central region;
This makes it easy to walk on your feet to explore everything and wander around the river,
And you will also pass through many distinctive shops.
Macon is the perfect place to have a lot of relaxation and tranquility while strolling on the river or you can even find a patch of green grass along the river to sit on and enjoy natural beauty. 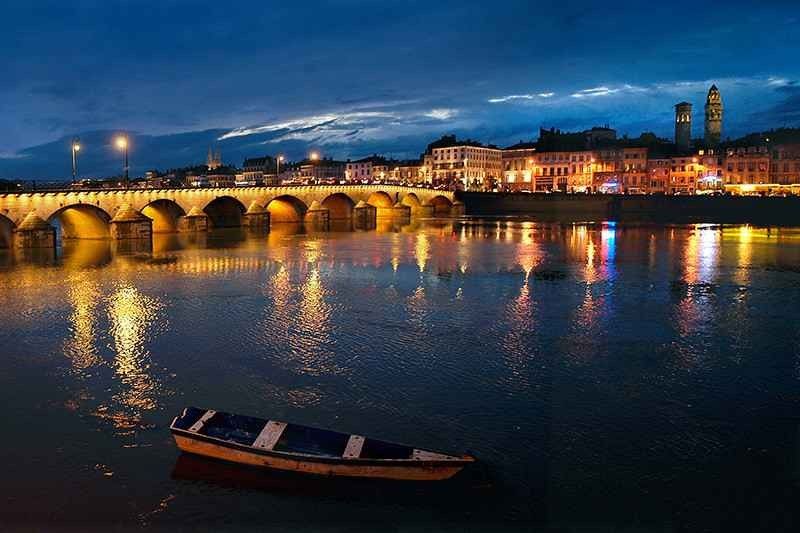 The town of Macon

The town of Gordes, France

The town of Gord is located in the Bouvrance region, which is located in the southeast of France, overlooking the Mediterranean Sea and is famous for being full of hundreds of charming cities.
One of them is the picturesque French town of Gord, which seems to have just emerged from a legendary story and is sure to be amazed by its captivating beauty.
It is a small village that had been inhabited since the Roman era. The Mediterranean climate is prevalent everywhere, where you can feel the smell of the sea everywhere you go to the town, and you will feel a great relief in it.
This allows tourists and travelers to explore winding streets in comfort and serenity before watching the amazing sunset over the lavender fields in the valley. 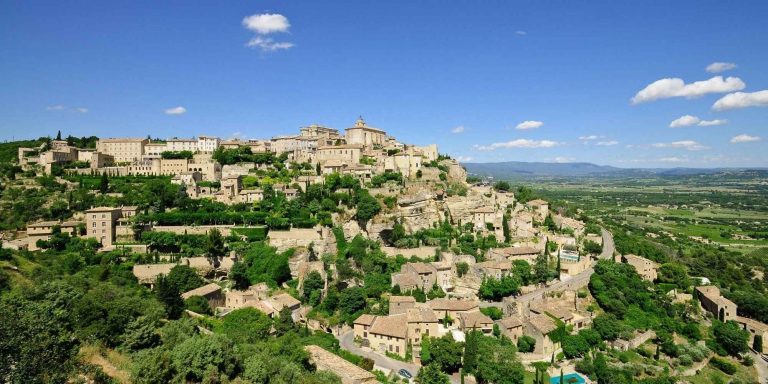 The town of Gordes, France

Study in Germany from A to Z (Part 2)

Customs and traditions of the Indonesian people .. Learn about their most important customs that must be respected