The green dome of the Prophet’s Mosque

The green dome above the noble Prophet’s Chamber is located in the southeastern corner of the Prophet’s Noble Mosque in Medina, the second holy shrine after the Grand Mosque in Mecca. There is no doubt that watching the green dome and the minarets surrounding it, is one of the most amazing views in Medina.
The Prophet’s Mosque is the second holiest Islamic spot after the Great Mosque of Mecca, and it contains the tomb of the Prophet Muhammad, may God bless him and grant him peace. The visit to this mosque symbolizes the unity of Muslims, who do not differentiate between them a language, race or color, and are keen to visit it after performing the rituals of Hajj or Umrah.
The most distinguished characteristic of the Prophet Mosque is the green dome built above the noble prophetic room that includes the tomb of the Prophet, peace and blessings be upon him, and which has been without a roof over it for more than six centuries, before the Mamluk Sultan Al-Mansur Qalawun ordered the construction of wooden domes above it in 1279 AD. In later times, many restorations and additions were made to the dome, and its color changed from white to purple until it settled on green. After the burning of the green dome in the fire of the Prophet’s Mosque, it was rebuilt in 1817 AD and painted green again. 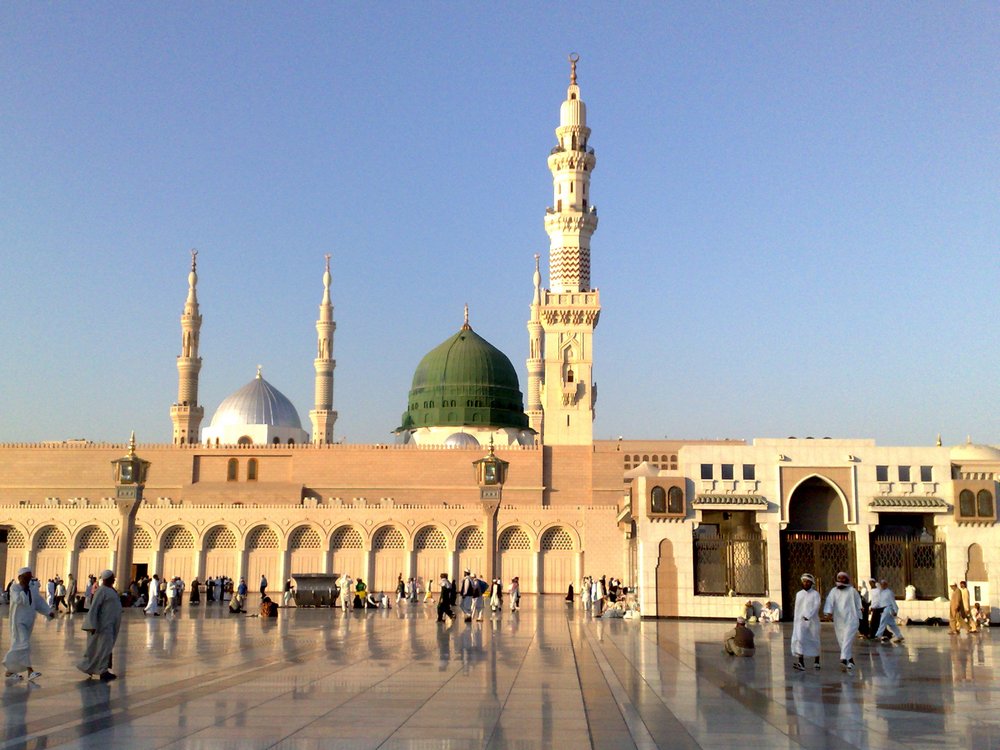 The green dome looks as if it is directly above the noble prophetic chamber, but in reality there is another smaller dome built under the green dome. There are three doors to the Prophet’s Mosque, namely the chapter of Gabriel in the west, the door of mercy in the south and the door of women in the east.
There are many interesting facts and information about the Holy Prophet’s Mosque. For example, when electricity entered the Arabian Peninsula through the Ottomans, the Prophet’s Mosque was the first place that was lit electrically, in the year 1327 AH, corresponding to 1909 AD. The Prophet’s Mosque has been expanded more than once, and it now reaches a hundred times its original area when the Prophet, peace and blessings be upon him, built it with his companions. Among the interesting things in the Prophet’s Mosque are the presence of many signs and signs on each window, wall and dome, to chronicle and document the religious and historical importance of it.
Plan well for your next trip to Madinah, where the distance between it and Makkah is 454 km, and between it and Dubai is 1580 km, and the nearest airport to it is Mohammed bin Abdulaziz Airport. The flight from Dubai to Madinah takes between two and three hours. There are many hotels, some of which are luxurious, some of which are low-cost, such as Shatha Al Madinah Hotel, Hilton City, Dallah Taibah, Holiday Villa Madinah, among others.