The hours of the day are getting shorter by the day, and the summer season is about to end, and this means that you have to start moving quickly if you want to enjoy a wonderful summer vacation before the summer season ends, the good news here, that the summer holidays at the end of the summer season i.e. Late August and early September are often the best as vacationers from families and families in the late summer season begin to return to their homeland in preparation for the start of the new school season and the business season that begins with the beginning of the fall season, which means declining demand for flights and room reservations in Hotels and tourist resorts This will help you get a great summer vacation at a cost that is much less than the cost of summer trips normally.

From the French Riviera to Greece, here are a host of great summer destinations for the last summer days:

The French Riviera is a charming coastal strip that extends from Saint-Tropez to Menton near the Italian border. The French Riviera is one of the best beach destinations on the Mediterranean and one of the favorite tourist destinations of the rich and famous, where their luxury yachts dock there and where many of them have beach villas, the Riviera French is also home to an impressive array of charming sandy beaches, upscale restaurants, luxury resorts and five-star hotels, whether you enjoy relaxing on the beach beneath one of Cannes’ chic beach umbrellas or sailing off the beach. In the charming coasts French Riviera or wander in the streets of Nice, you will find that the presence in the French Riviera real fun especially in the summer season.

Monaco is a small royal emirate located in the French Riviera and often described as one of the most beautiful countries in the world, it is home to charming sandy beaches overlooking a deep blue sea decorated with palm trees, and extended areas of green land and flowering plants, Monaco is also home to many tourist attractions The famous and perhaps the most famous of Monaco Ville is the seat of the Monaco Castle or the main fortified castle in which the Principality of Monaco was founded in the thirteenth century, and is officially considered the capital of the Principality, and the castle consists of the Palace of the Principality, the Cathedral of San Nicolas and the Oceanographic Museum, and after it has finished exploring the The world of tourism is famous in Monaco, you can try eating European and French luxury food in its fine restaurants, then shopping in its luxurious stores where you will find a group of the most famous European and international brands products, and if you have time, you can go on a visit to the French city of Nice on a trip by train that will not exceed 30 minutes.

Madrid is a charming modern city that offers its visitors the opportunity to learn about the nature of life in Spain and Spanish culture within a short period. It is home to many amazing cultural and artistic monuments, which include famous artistic and historical museums, such as the Museum del Prado, which is one of the most important European museums, which includes a group of the most wonderful European artifacts belonging to various historical periods, especially from the twelfth century until the beginning of the nineteenth century, in addition to that Madrid contains many famous tourist attractions, the most important of which is the royal palace that dates back to the eighteenth century and is the residence of the world The question of the Spanish owner is open to the public, except for periods of use on various official occasions, Madrid is also home to many high-end restaurants and luxury hotels, as it also contains many shopping destinations and the famous commercial center and it is one of the favorite shopping destinations of many, the weather often rises In the summer in Madrid, it is advisable to visit it during the spring or fall seasons or at the end of the summer season.

When you go to visit a city full of tourist attractions such as Venice in Italy, you will find a real difficulty in determining where you can start your journey of exploring the city, so the best way to explore Venice is often by starting to spend hours wandering on foot in Its beautiful streets or beside its canals, and in the meantime do not forget to stop for a while to eat in a local restaurant or to buy a number of souvenirs from one of the small stores in the city, and during your tour of the streets of Venice do not forget to visit the most famous sights in the city Soft and often you will find most notably near Piazza San Marco and the Grand Canal, and if you have more time you’ll probably experience a visit near the city of Venice islands and the most famous “Lido”, “Murano”.

Greece is famous for its amazing natural beauty and ancient history, it is home to many ancient archaeological sites, charming islands, and extended sandy beaches, and if we add to this its mild climate in summer which often distinguishes the countries of the Mediterranean region, delicious Greek food that is very popular throughout The world, it is not surprising that Greece is one of the favorite tourist destinations of many around the world, and besides the capital, Athens, there is a lot that you can see on the mainland in Greece such as the ancient city of Delphi, the monasteries of Meteora, but the truth is that most of the visitors to the U Nan often spend most of the time on the Greek islands in the summer season especially Santorini, Mykonos, Rhodes, Corfu and Crete which are the most popular islands in Greece. 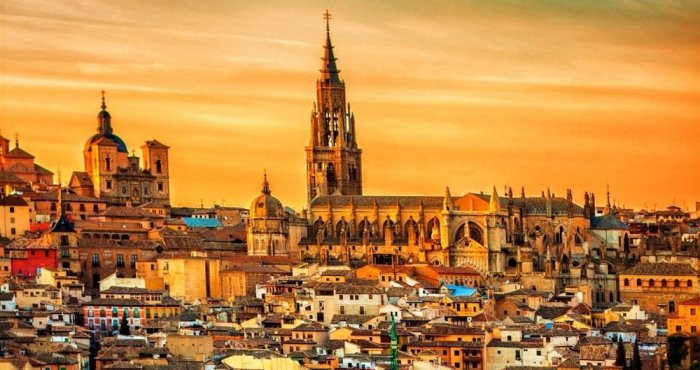 Madrid is a charming, modern city that offers its visitors an opportunity to learn about the nature of life in Spain 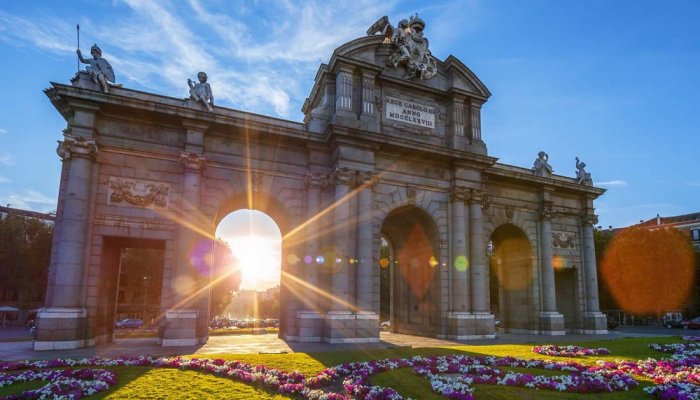 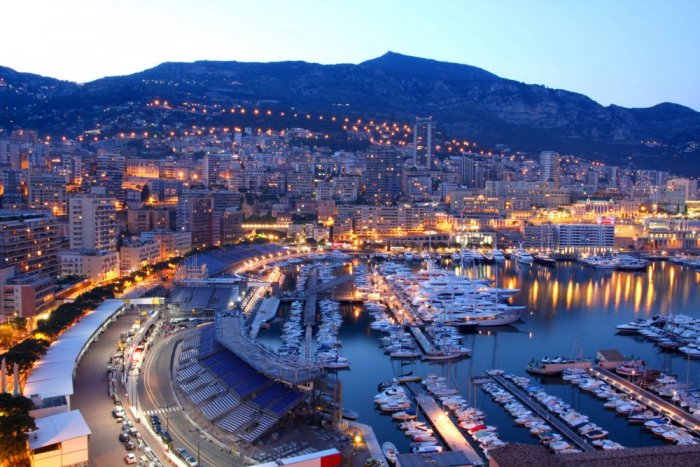 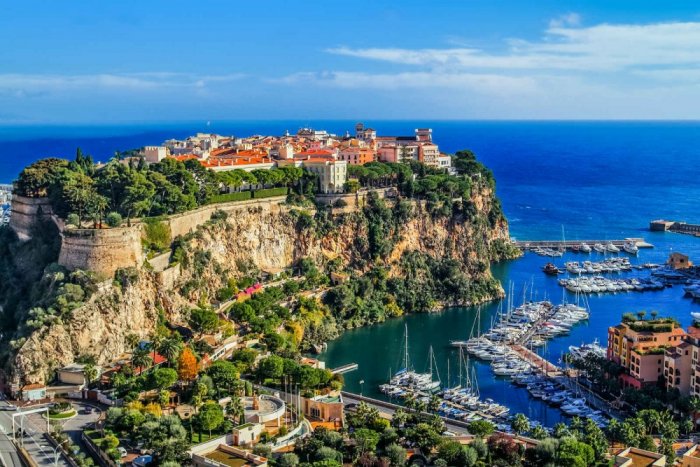 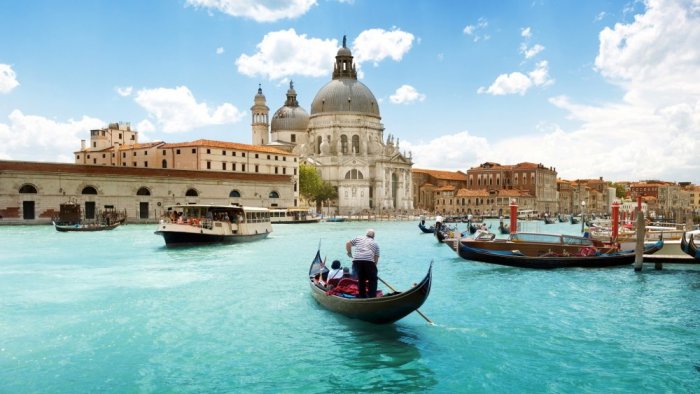 Greece is famous for its amazing natural beauty and ancient history 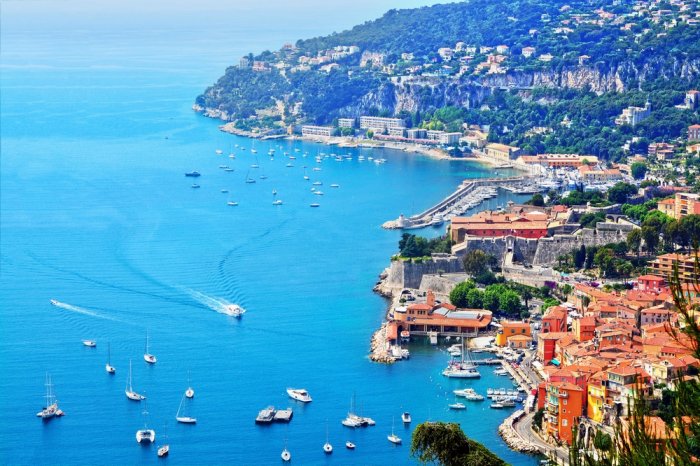 The French Riviera is a magical coastline 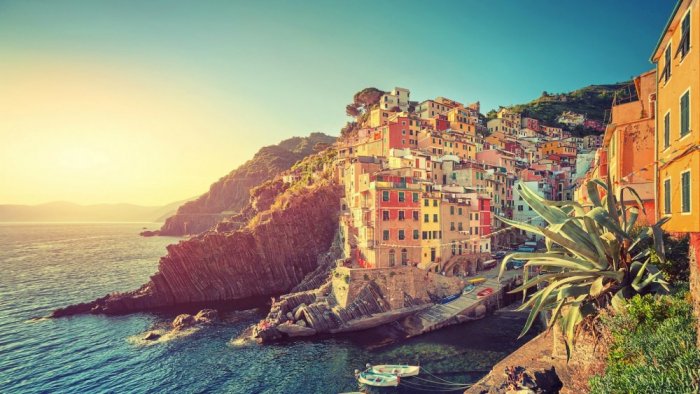 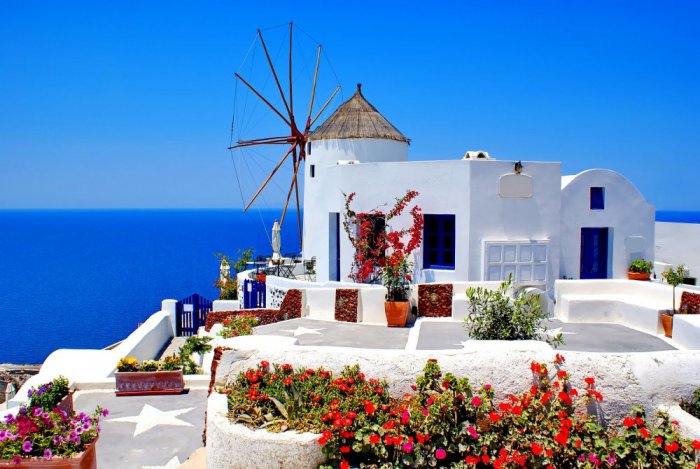 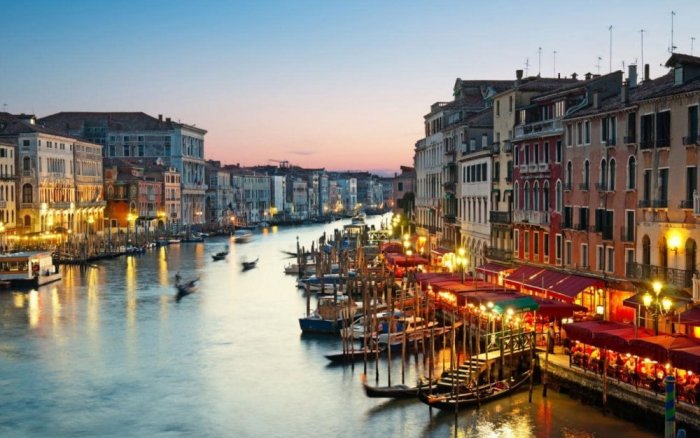