Top 5 activities when visiting the beach of Ashkar Tangier, Morocco

The latest 7 travel expert tips for smart packaging of luggage!

5 European islands are warm in the winter .. Get to know them

The oldest archaeological sites in the Kingdom of Saudi Arabia

From ancient times, peoples took care of the bridges for their practical and aesthetic benefit, as some bridges turned to tourist attractions, in addition to making use of them daily. And some bridges have become magnets for tourists in a number of countries because of their amazing beauty and impressive design. Discover with us today the 10 most beautiful bridges in the world.

The famous Manhattan Bridge is located in the US state of New York. When it was completed in 1909, it became the largest and longest in the city, located in the Brooklyn Bridge. Today, the bridge uses hundreds of thousands to travel, while it is also a tourist attraction, one of the most important landmarks of New York. Celebrations of the centenary of the bridge were held in 2009, and many events were held on this occasion.

The Sheikh Zayed Bridge in the UAE capital Abu Dhabi ranks high on any list of the most beautiful bridges in the world. It was designed by designer Zaha Hadid and completed in 2010. Curved bridge arches mimic the shapes of wavy dunes and feature a dynamic lighting design with soft colors that flow through its structure. Its tracks hang from symmetrical steel arches to form the appearance of a smooth wave.

British designer Willem Tierney Clark has designed this magnificent bridge in the Hungarian capital Budapest since 1849 and has since opened its doors to divide the Danube into the most popular country. He witnessed several modernization works, as he now overlooks the parliament building and several landmarks in the city, and he has also become a prominent tourist attraction in the capital.

London’s Tower Bridge Bridge is an important tourist attraction and has opened since 1894 over the Times River. The bridge consists of two main towers, two horizontal corridors for walking on the top floor. The tower was designed by engineer John Wolfie Barry in 1876 and construction work was completed in 1896. The bridge reached 244 meters in length with the two towers, while the height was 65 meters.

The Helix Bridge (or Spiral Bridge) plays a pivotal role in the heart of the capital, Singapore, as it connects the central marina with the southern marina. Its construction was completed in 2010 and is an example of the engineering jewel in Singapore. During the day. During the day, steel curtains protect the bridge from the sun and at night it becomes the brightest bridge in the world to be a daily destination for visitors.

Read:London is a destination for Gulf tourists on Eid

Bridge is located c. K. Or the Juscelino Kubitschek Bridge in the Brazilian capital, Brasilia, designed by engineer Alexander Chan and architect Mario Villa Verde. The bridge reaches the eastern part of the city in the middle of it, and since its opening in 2002, the bridge has become a symbol of Brasilia, due to its wonderful reflection on the water, where many people visit and take pictures.

This bridge passes along the Tarn River Plateau in southern France and is considered the longest bridge in the world with a height of more than 342 meters and opened in 2004. The bridge designer wanted the British engineer Norman Foster to merge it in a remarkable way inside the unique landscape, which is one of the most important attractions Tourist in France. The result is a unique attractive shape that rises with a slight inclination from north to south to give it a beautiful light curve.

A historic bridge, one of the most famous in the Czech capital, as well as in Europe and the world, built at the end of the 15th century and runs through the Vltva River in the beautiful city of Prague. The bridge is built entirely of stones and is adorned with dozens of statues on both sides, which makes it ideal for visiting and taking the picture and turned into one of the most important tourist attractions not only in Prague but in the world and described by many as the most famous bridge in the world.

One of four bridges crossing the Grand Canal in Venice, Italy. It is the oldest bridge to cross the canal, and the dividing line was between San Marco and San Polo. Today, the bridge is one of the most famous bridges in Venice, and it is one of the city’s best attractions for tourists.

This bridge is located in the center of the South Korean capital, Seoul, over the Han River. It has 10,000 openings on its sides, and the lighting effects form a spectacular sight. 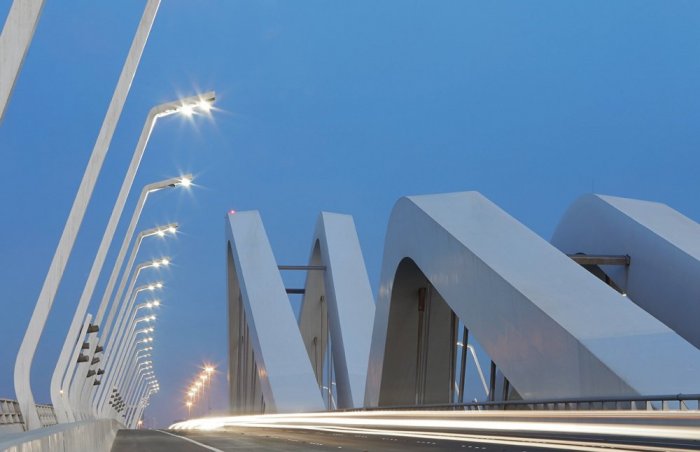 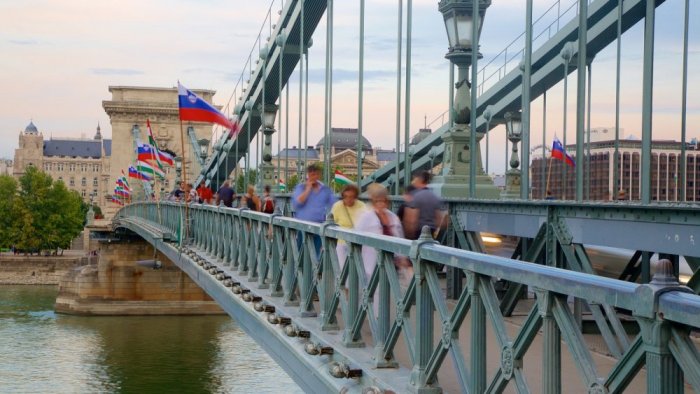 From the Széchenyi Chain Bridge 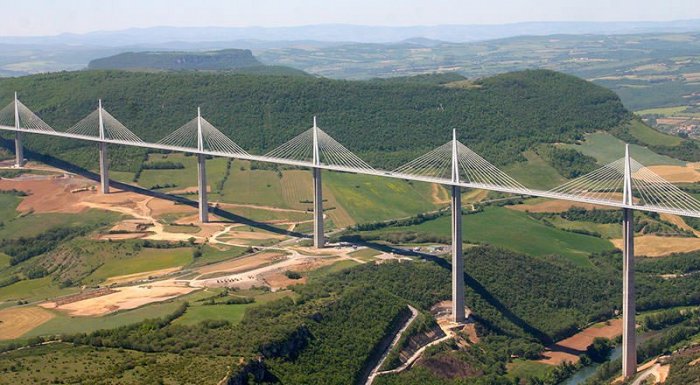 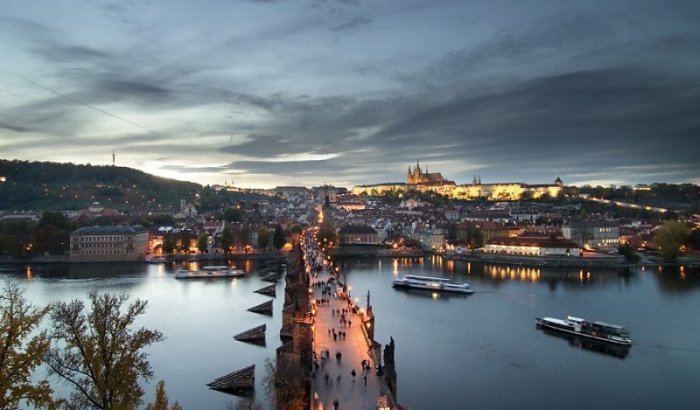 View from the Charles Bridge 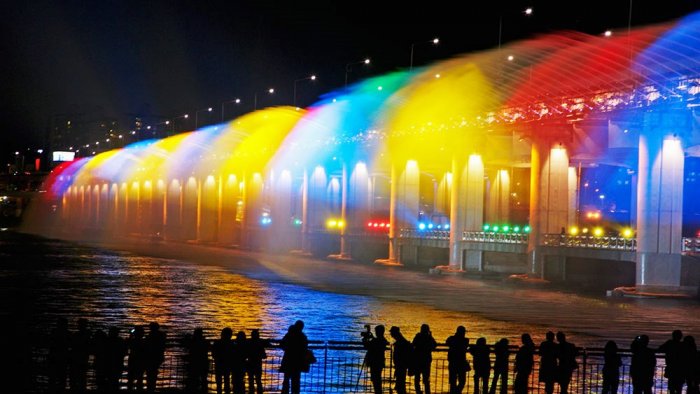 From Bamboo Bridge in Seoul 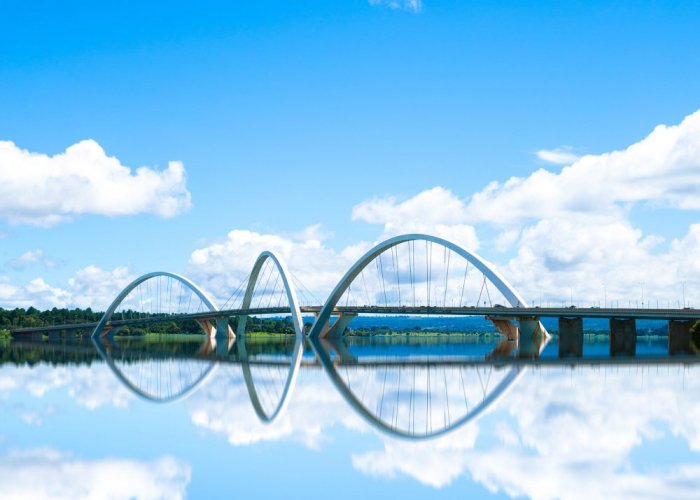 From the Juscelino Kubitschek bridge

From the Helix Bridge 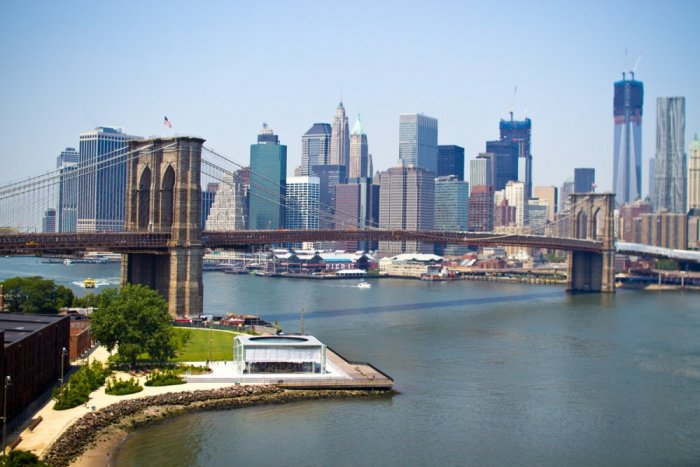 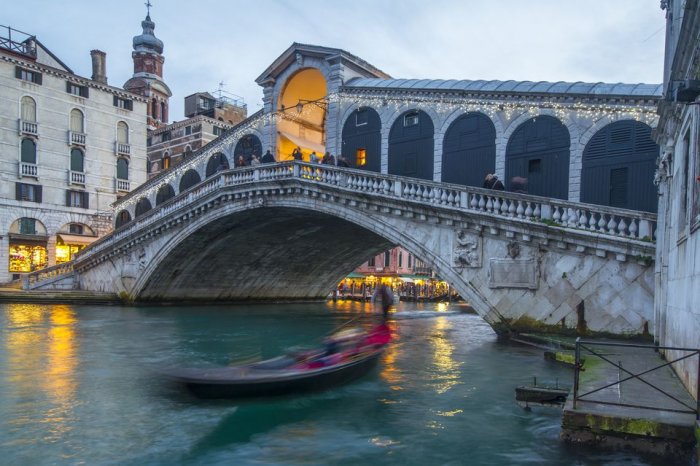 From the Rialto Bridge 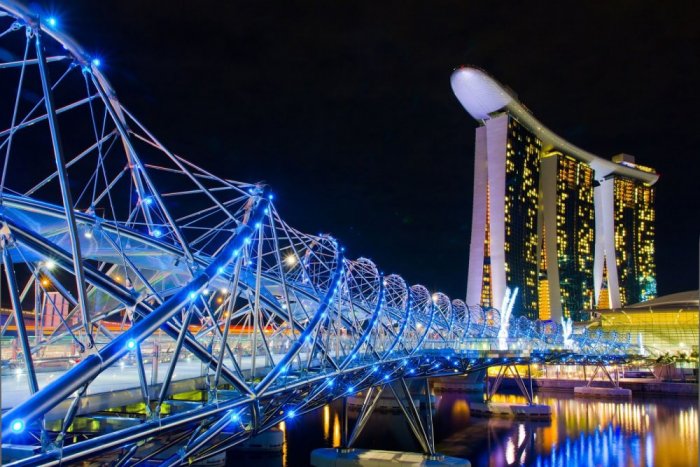 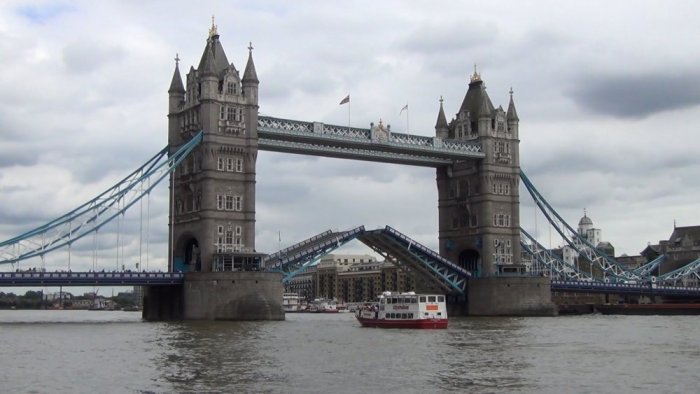 Tower Bridge is one of London’s most famous landmarks 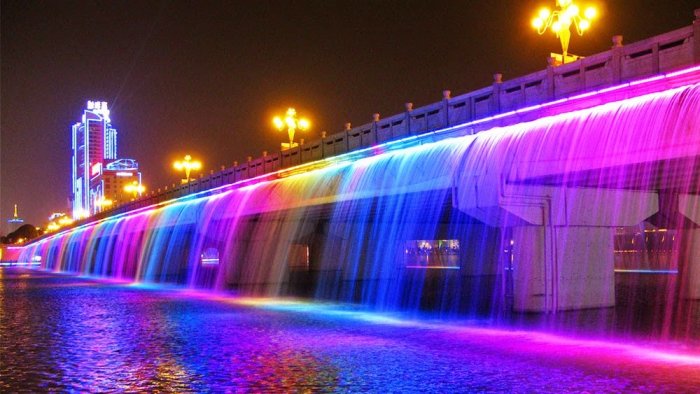 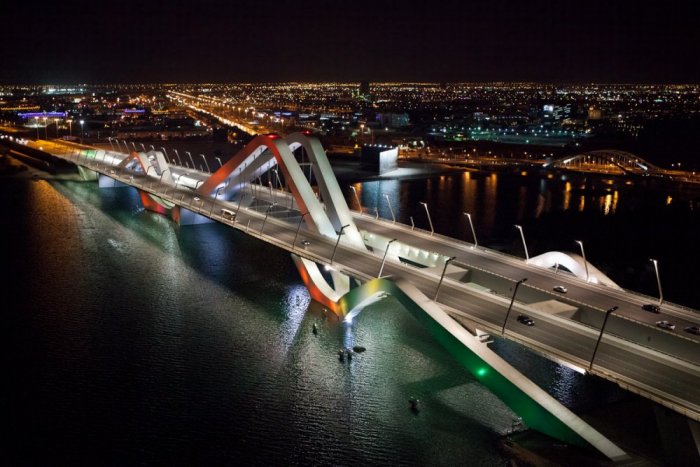 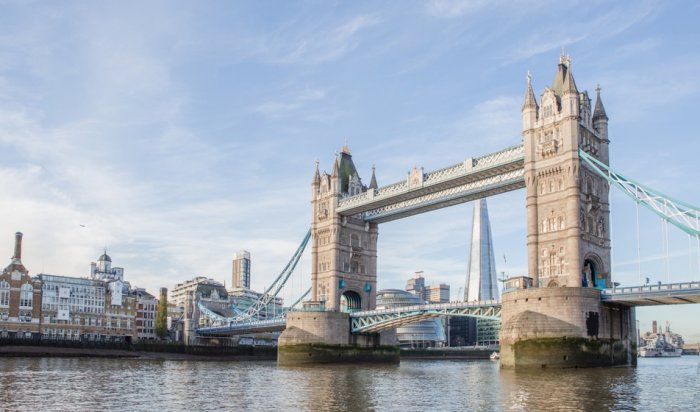 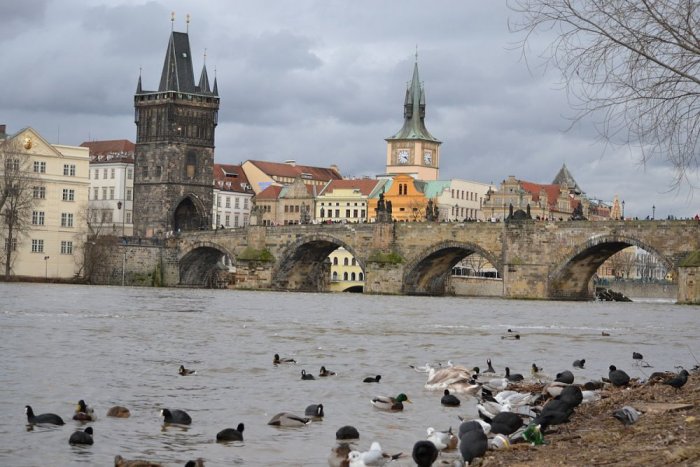 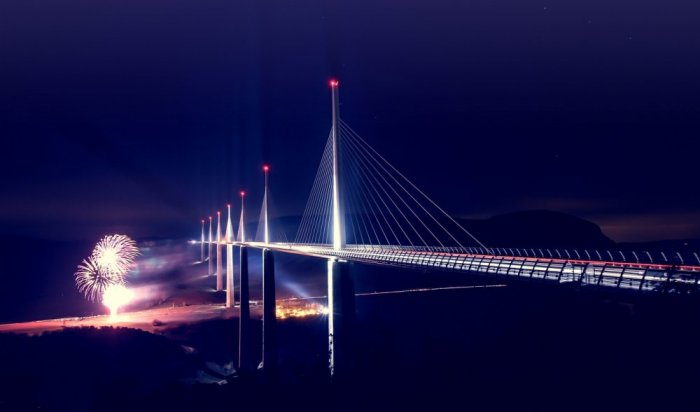 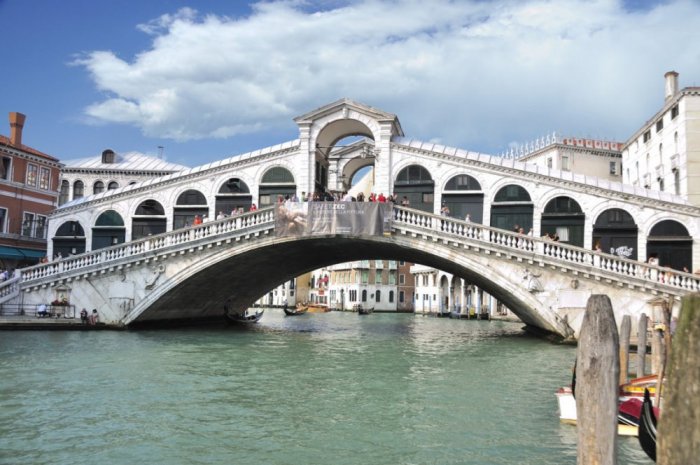 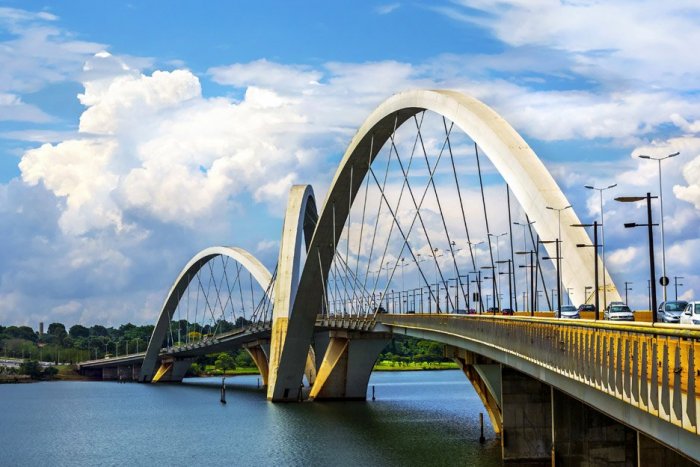 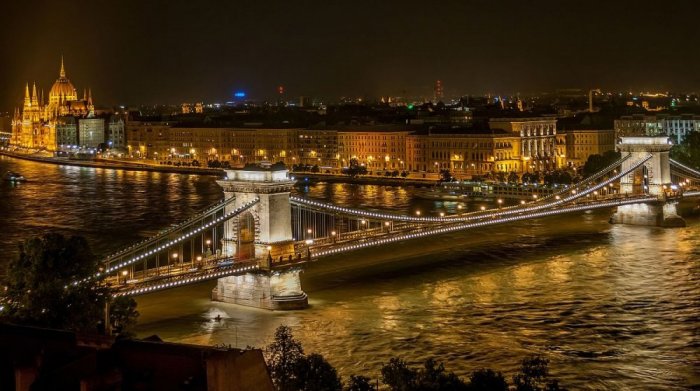 The best 8 theme parks in the world

Mauritius for the honeymoon

The best places for honeymoon

The best 3 activities at the clock tower in Bursa

Malta promotes cultural attractions for visitors from the Middle East

Tourism in the old city of Bucharest