The best hotels in Kandy Sri Lanka .. at affordable prices

The most important tourist attractions in Budapest

The 7 best activities on the Hallstatte cable car Austria

The most beautiful places in Kuala Lumpur

Malaysia is a leading tourist country that includes everything that tourists want, as it is a country whose people are friendly and enjoy cultural, civilizational and natural riches. But we often confuse what are the best places and the most beautiful sites that we should visit when traveling to Malaysia, so today we will help you to choose the most beautiful 10 tourist places when traveling to Malaysia, you should put it on your visit list!

This tower is one of the most famous and tallest buildings in the world and they are located in the capital, Kuala Lumpur. A metal bridge is connected between the two towers and visitors are allowed to climb there. Under the towers, there is a huge market containing the most important international brands. Also outside the market are the central park, which is one of the very beautiful gardens and contains games for children and a children’s pool with beautiful water fountains. There is also in this garden a mosque of the towers consisting of 3 floors, and the mosque is considered a masterpiece of its exterior design as well as its interior design with beautiful intricate decoration. The tower hosts the Petronas Art Gallery and the Kuala Lumpur Convention Center, where many international conferences are held.

Read:Where do I go in Malaysia

One of the most important tourist and historical areas in Malaysia, where it was included in the UNESCO World Heritage List. One of its most prominent features is the important archaeological island of Bizar, as it is believed to be the first site of Malaysian civilization, because it includes many royal tombs and rare religious temples; and is characterized by its golden sandy beaches. The Sultan Malacca Palace Museum is also considered one of the most important archaeological sites in Melaka and it is a true copy of the Sultan Palace of Malacca, which ruled the city before the Portuguese occuAl Bahahn of it in 1511. It is worth visiting the Maritime Museum, which is a method that mimics the Portuguese ship that sank in the city coast while it was On its way to Portugal, it is about eight meters long, thirty-four meters wide, and the museum displays the maritime history of the city from the era of the Sultanate through the period of the Portuguese and Dutch occuAl Bahahn, until the period of the British occuAl Bahahn.

Located in the northwestern corner of Malaysia, Georgetown is one of the most popular tourist destinations in the country and one of the most important historical regions in Southeast Asia because it has become the first British colony in Southeast Asia. Today’s city center offers a great blend of colonial architecture, Indian and Asian food, and diverse ethnic groups. Among the highlights of Georgetown is the large and vibrant Chinatown, and the Wat Chaiyamangalram Temple which was built in 1845 as a Thai temple. As for Little India, it is the most vibrant part and you will find hundreds of different stores!

One of the largest islands in the South China Sea and contains views, shores and services that make it a paradise for tourists coming to Malaysia. Among the sports that can be practiced swimming, diving and canoeing, as well as discovering forests. You can also enjoy a relaxing atmosphere in the wonderful resorts on the island as you can see turtles. There are also many distinct islands nearby.

The lighthouse tower in Kuala Lumpur

Your trip to Malaysia will simply not be complete without visiting the Lighthouse Tower in Kuala Lumpur. Located in the heart of Kuala Lumpur’s “Golden Triangle”, business and entertainment district next to Petronas Twin Towers. On the upper ground floor, a long pedestrian mall adjacent to the length of 86 meters from the main entrance is adjacent to include a reflective basin in the center to include the tower on many facilities such as fast food restaurant, prayer room and others.

The Langkawi Sky Bridge or the Sky Bridge in the Langkawi sky bridge is located in the south of Langkawi, one of the most famous islands of Malaysia at the top of Mount Machinchang. It is 125 meters long and 1.8 meters wide and takes the form of a special curve suitable for pedestrians. The Langkawi Bridge is one of the most beautiful landmarks in Langkawi and is the first of its kind in the world as a suspended and curved bridge at the same time, it was completed in 2005, and is 700 meters above sea level.

This spectacular plateau is located on Penang Island, Malaysia, where it is very high, relatively cold weather and can be climbed by cable car or car. There is a wonderful railway on this plateau, and the visitor can board the train. Penang Island is characterized by the majority of Chinese, so there are many shops and shopping centers.

Kinabalu Park 10 most beautiful tourist destinations when traveling to Malaysia

Kinabalu Park is located in the province of Sabah, north of the Malaysian island of Borneo. This park is supervised by Mount Kinabalu (4,095 meters). It is the highest mountain peak between the Himalayas and New Guinea and is on the World Heritage List since 2000. This park contains a wide range of housing and rich tropical rain forests and consists of plain and hill and tropical forest with a mountain and in the highlands, mountain forests and forests composed of evergreen shrubs. Kinabalu Park has been given the title of the center of plant diversity in Southeast Asia, it is uniquely rich in species, as we find a variety of plants from Himalayas and China.

The true green paradise on the land of Asia being one of the most beautiful tourist attractions in Malaysia due to its magnificence and the beauty of its charming nature, there are the Cameron Highlands, 1,500 meters above sea level. The Cameron Highlands of Malaysia includes one of the largest waterfalls in the world, Cameron Highlands and tea plantations. It is a distinguished activity to walk around and get to know villages, heritage towns and buildings, and you can see birds. There are also excursions inside the jungles forests in Cameron Highlands, and watching and visiting forests and tea and strawberry farms also includes many fine restaurants.

One of the most beautiful clubs that you may visit in your life. This amazing theme park has received many tourism prizes and includes 5 different parks, each with a different theme, and contains more than 80 games. It is an ideal place for family and friends. 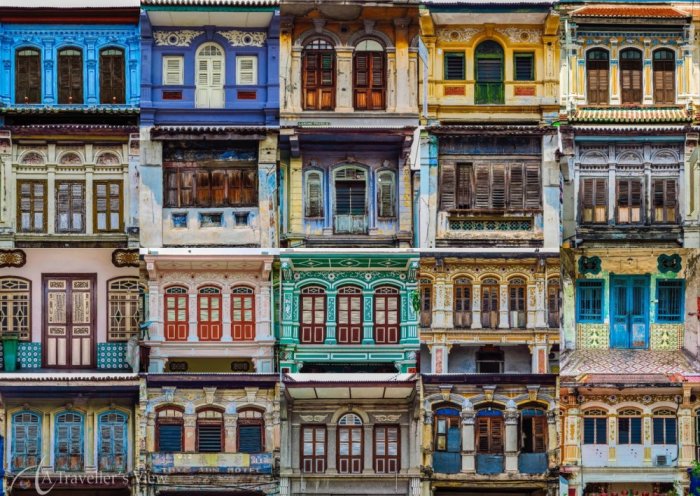 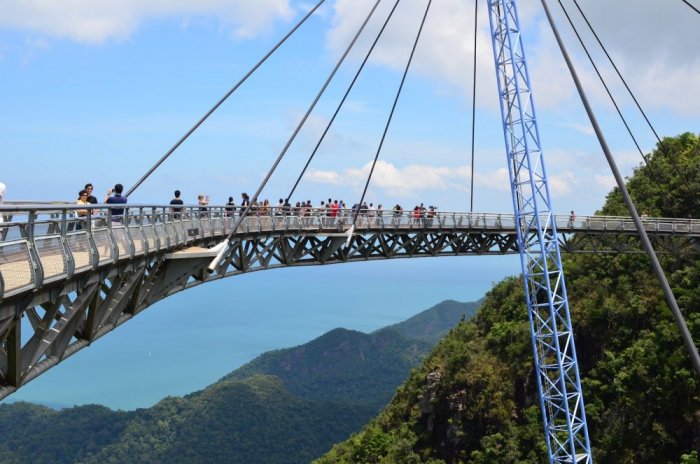 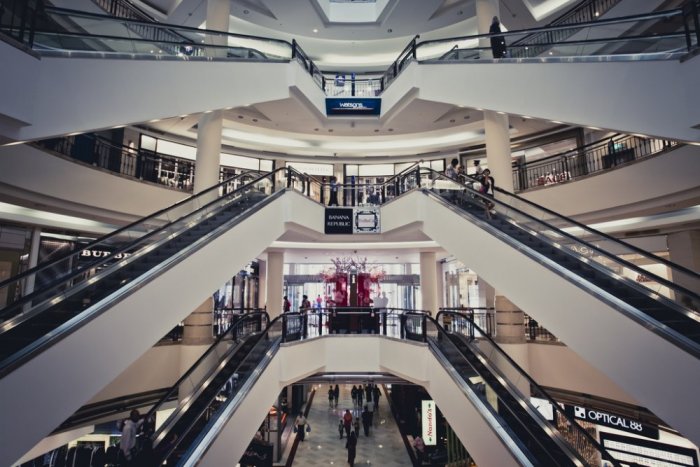 From inside the Petronas Tower 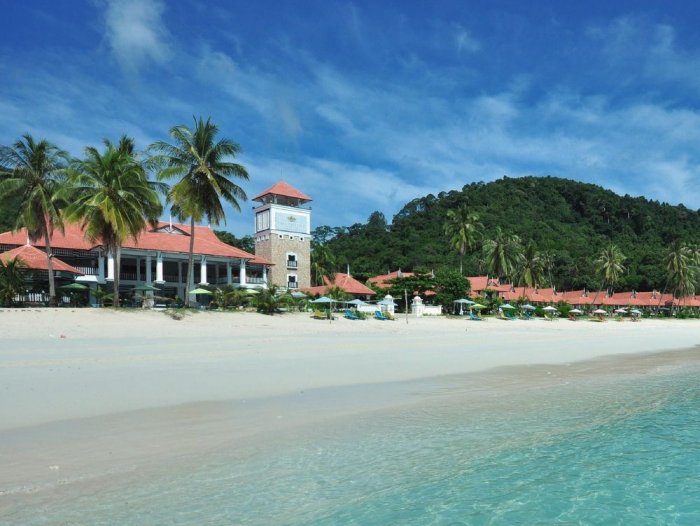 From the highlands of Cameroon in Malaysia 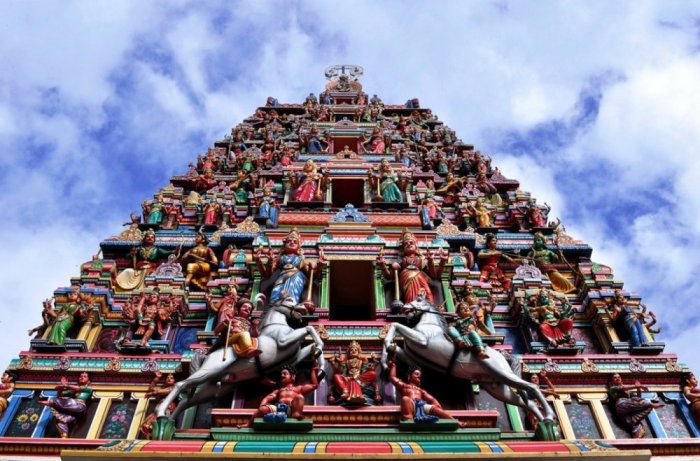 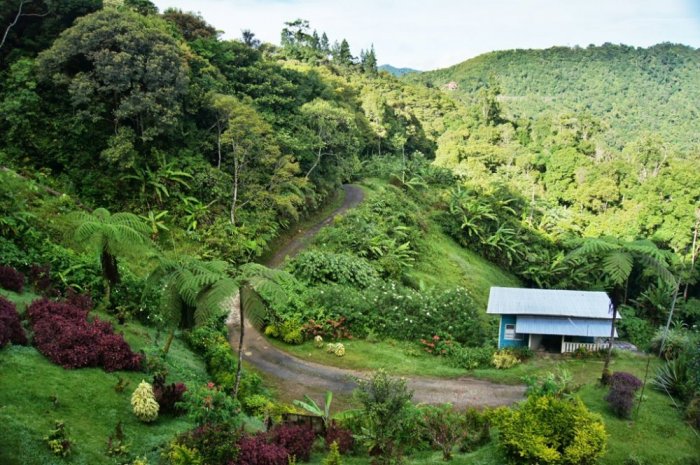 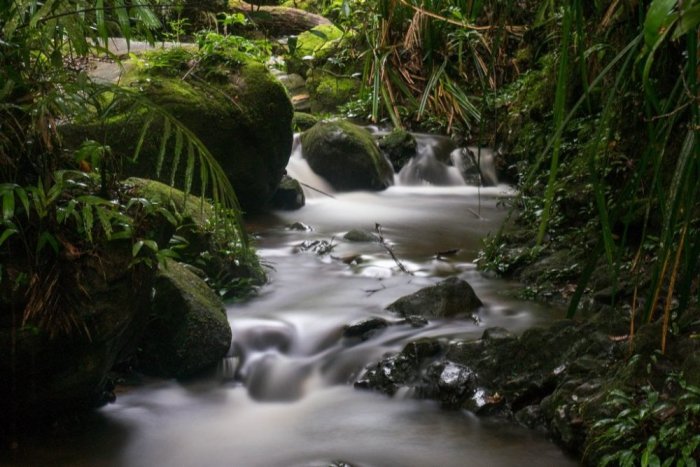 From Kinabalu Park in Malaysia 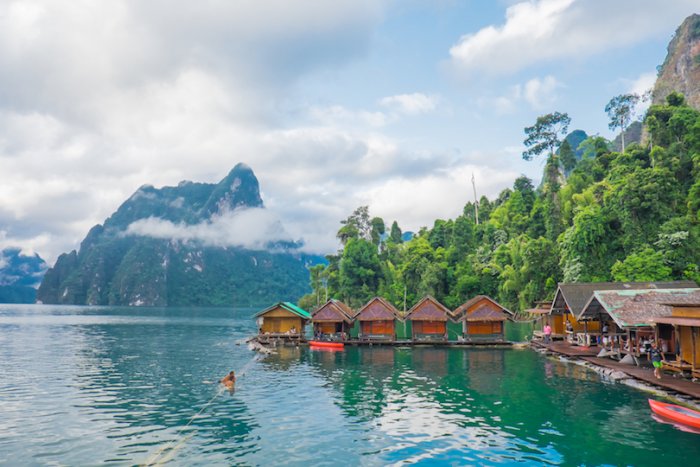 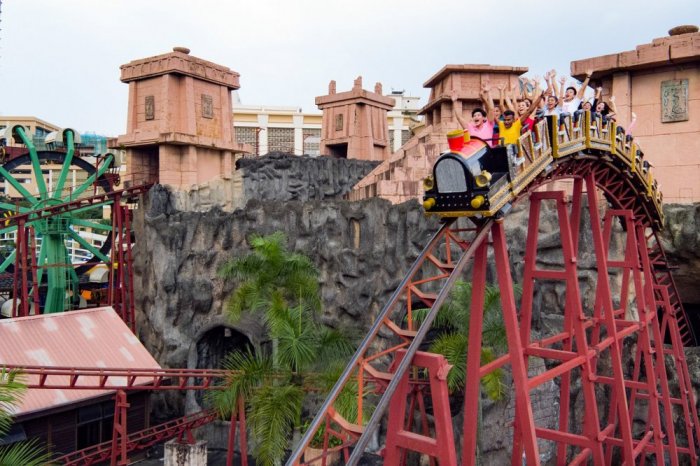 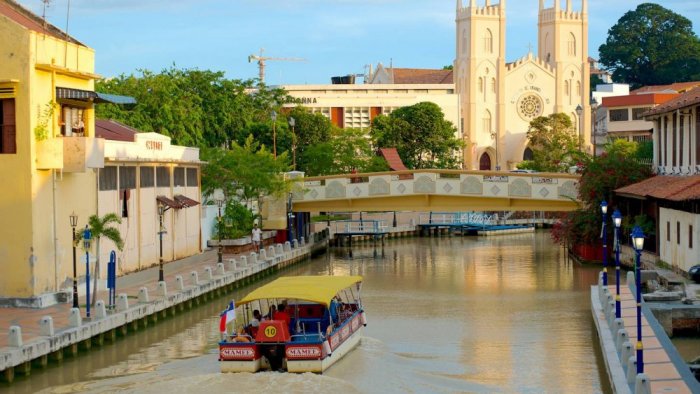 A scene from the city of Melaka. 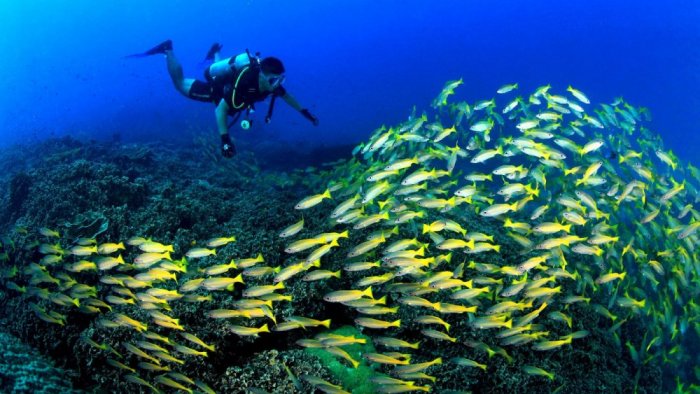 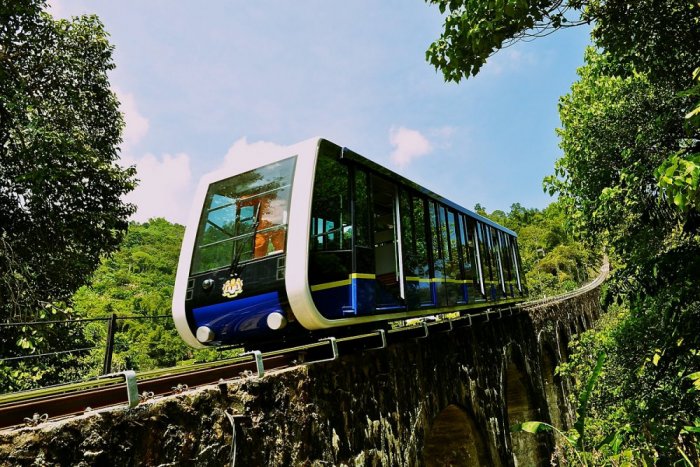 The road to Penang Plateau 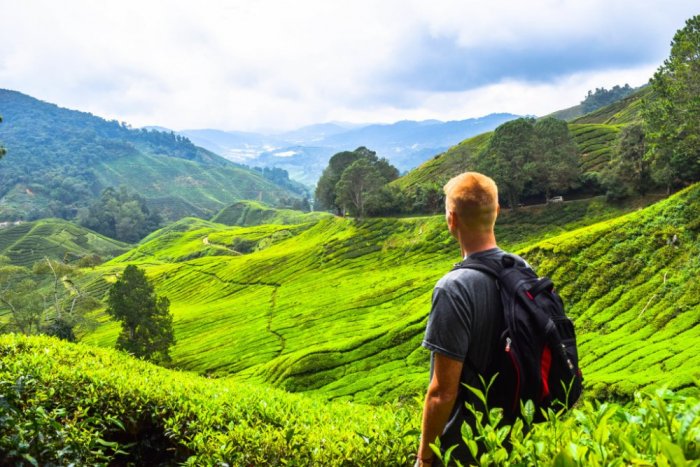 Explore the highlands of Cameroon 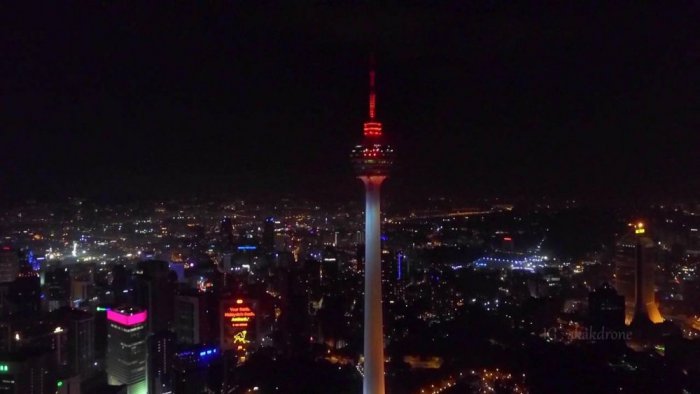 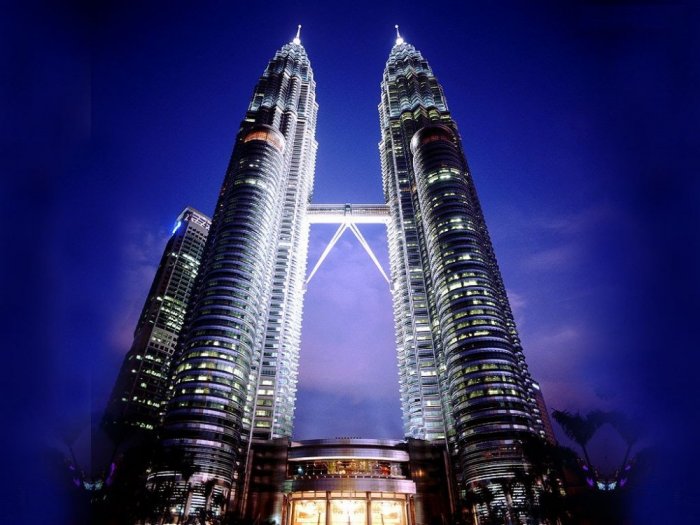 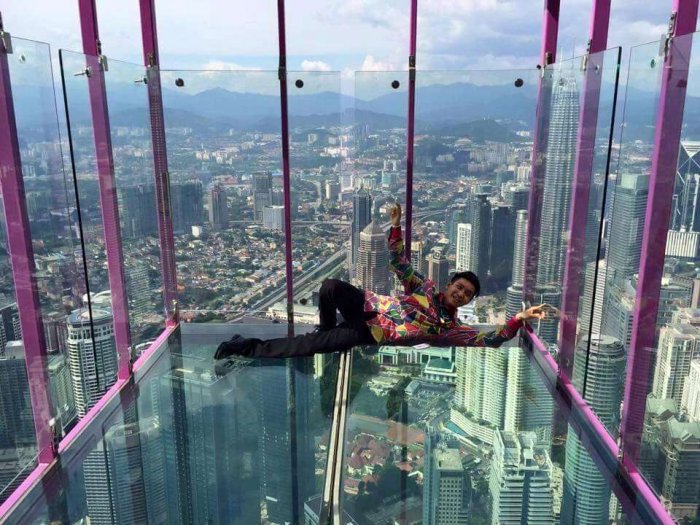 Control center in the lighthouse 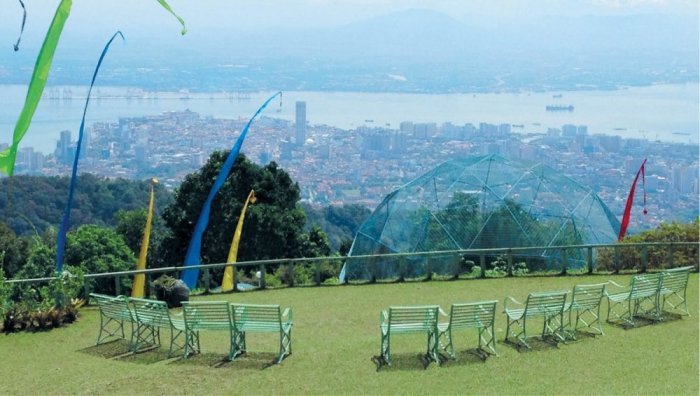 On the Penang Plateau 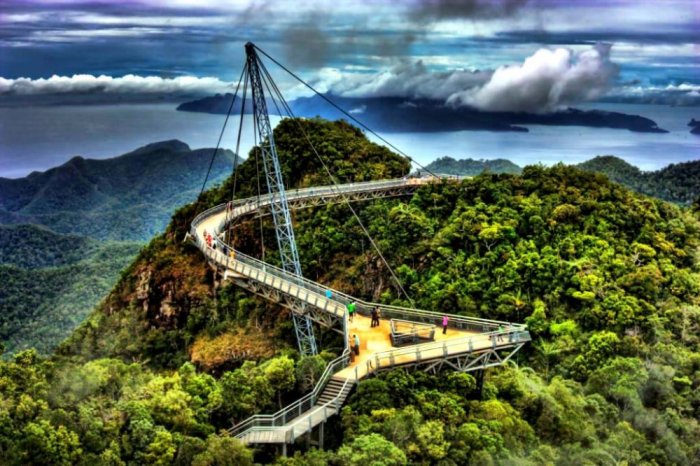 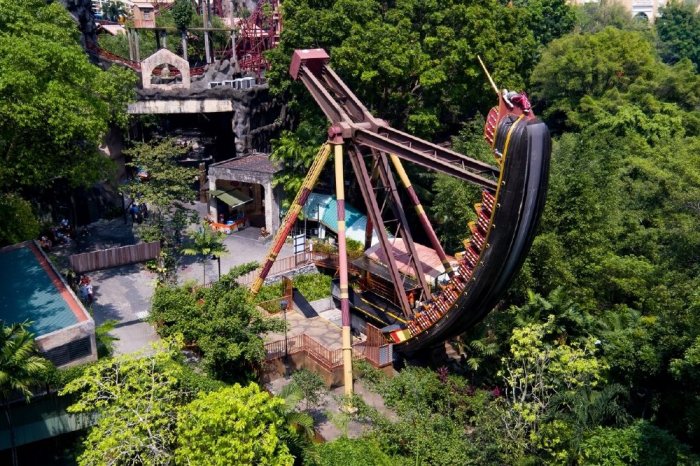 The best 9 activities when visiting the Jordan Museum

The 5 best apartments for rent in Sarajevo Bosnia Recommended 2022