The most beautiful and strangest stadiums in the world

With the World Cup approaching, the general public is increasingly interested in football, especially in various teams and teams. Countries pride themselves on the splendor of their stadiums, either in terms of design, capacity, or location. In this article, we will present to you the most beautiful and strangest stadiums in the world: 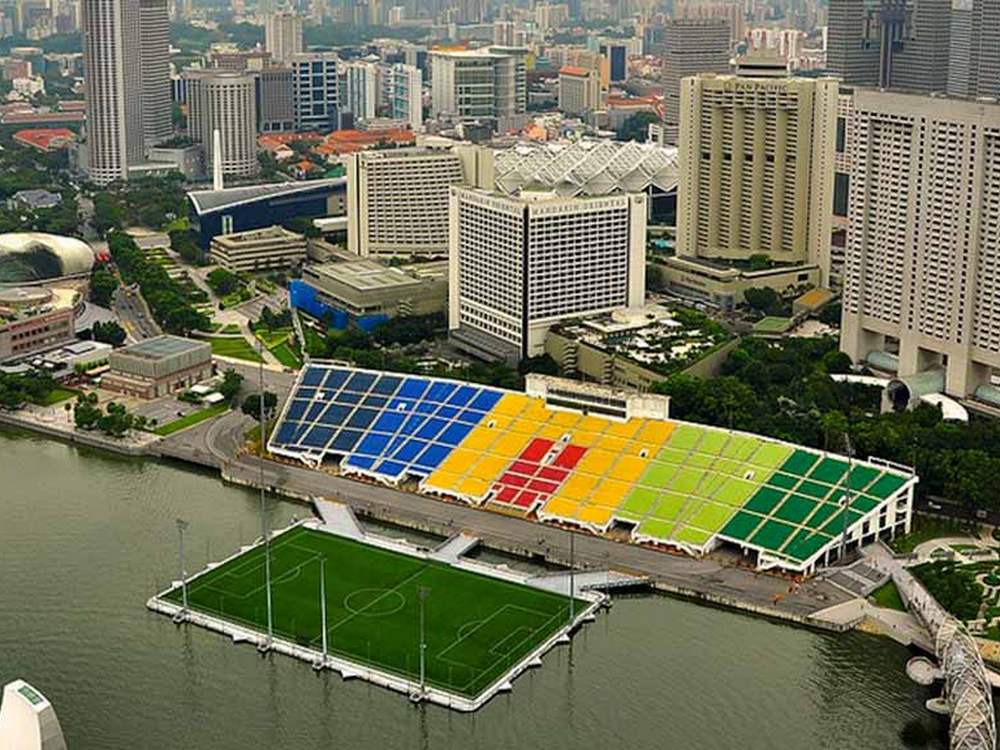 The Flute Stadium was built in 2007 at Marina Bay, Singapore. It is considered the largest water floating playground in the world. The stands are located on only one side of the stadium and the capacity of these stands is to reach 30,000 spectators. The Flute Stadium has hosted many football events, including the 2010 Youth Olympic Games. 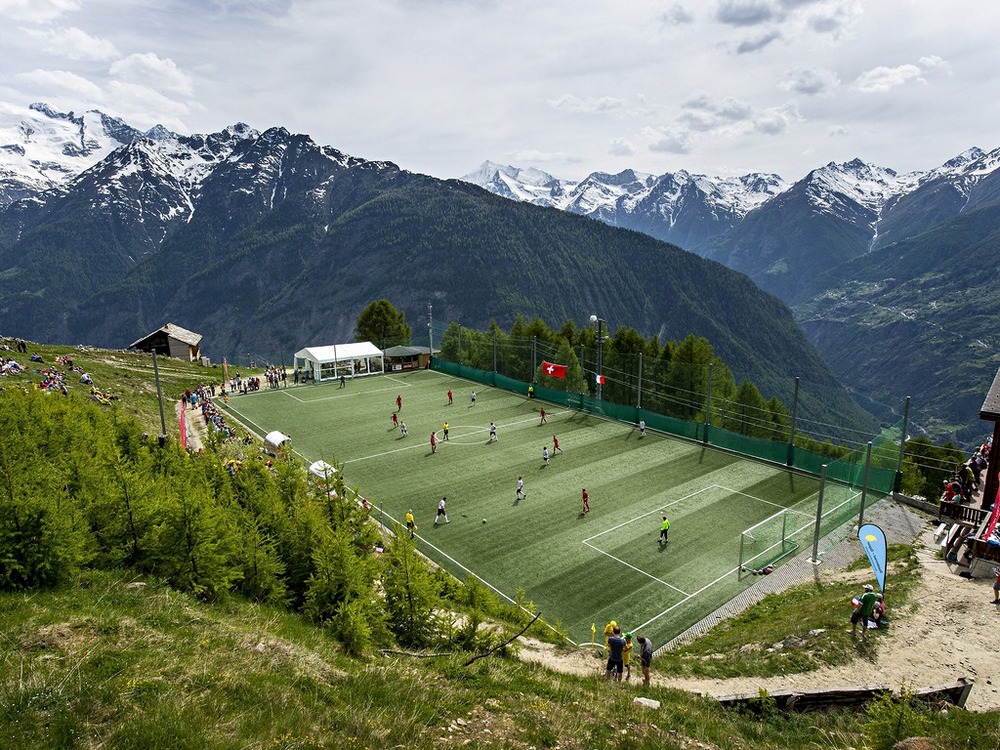 The “Ottmar Hitzfeld” stadium is located between the mountains of Zermatt in Switzerland and rises above the sea by 2000 meters. It was named after the famous German coach Ottmar Hitzfeld after the Swiss team reached the World Cup finals for the year 2010. The stadium is famous for a wonderful view that attracts tourists from all countries of the world . 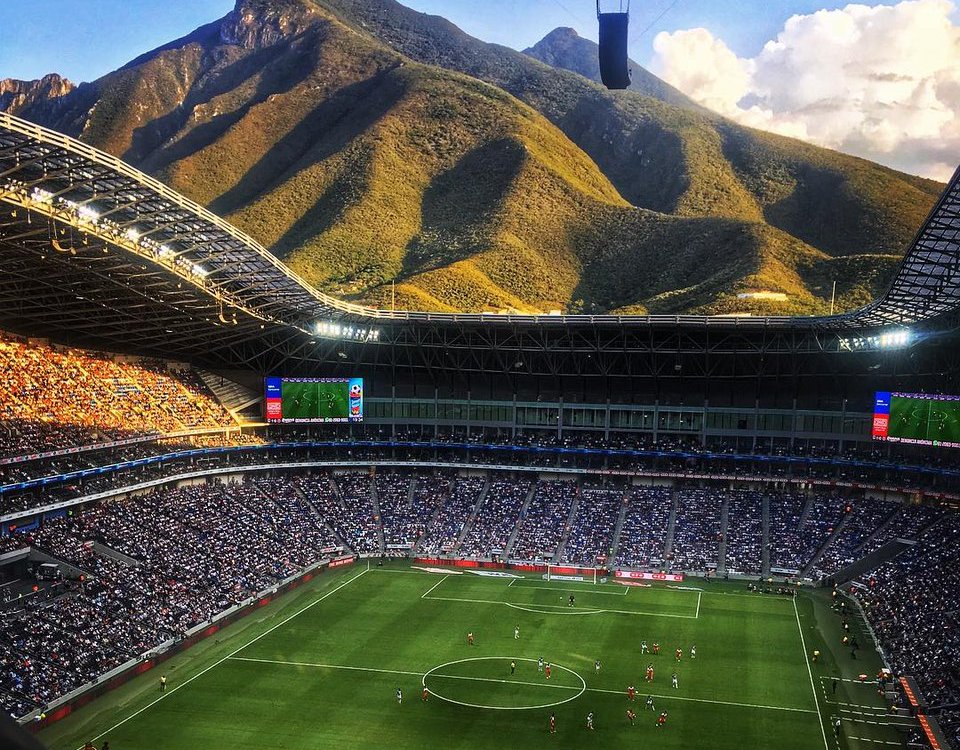 The new stadium of the Mexican club Monterrey is among the most amazing football fields in the world, as it was chosen in 2015 as the most beautiful stadium in the world. The “BBVA Bancomer”, nicknamed “The Steel Dignity”, is located in Monterey, in a mountainous area that gives aesthetic to the stadium, which can seat more than 50,000 spectators. 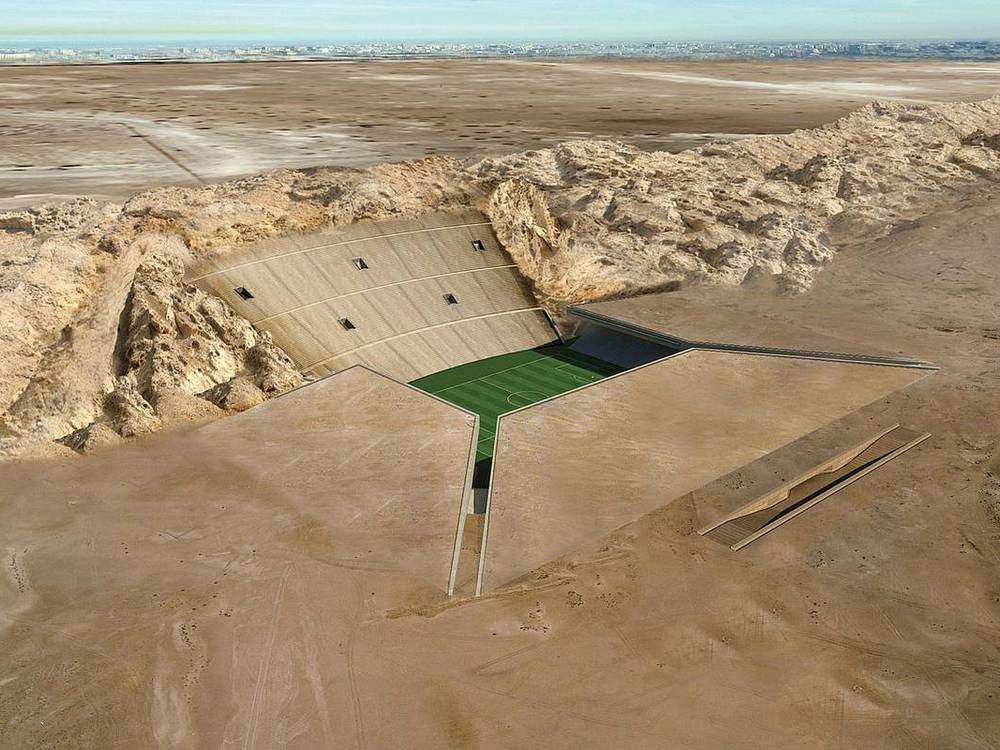 Although the Al Sakhra stadium has not yet been built, its design has won many international awards. It will be built by digging a mountain to embrace the desert nature of Abu Dhabi. It will accommodate more than 40,000 spectators. 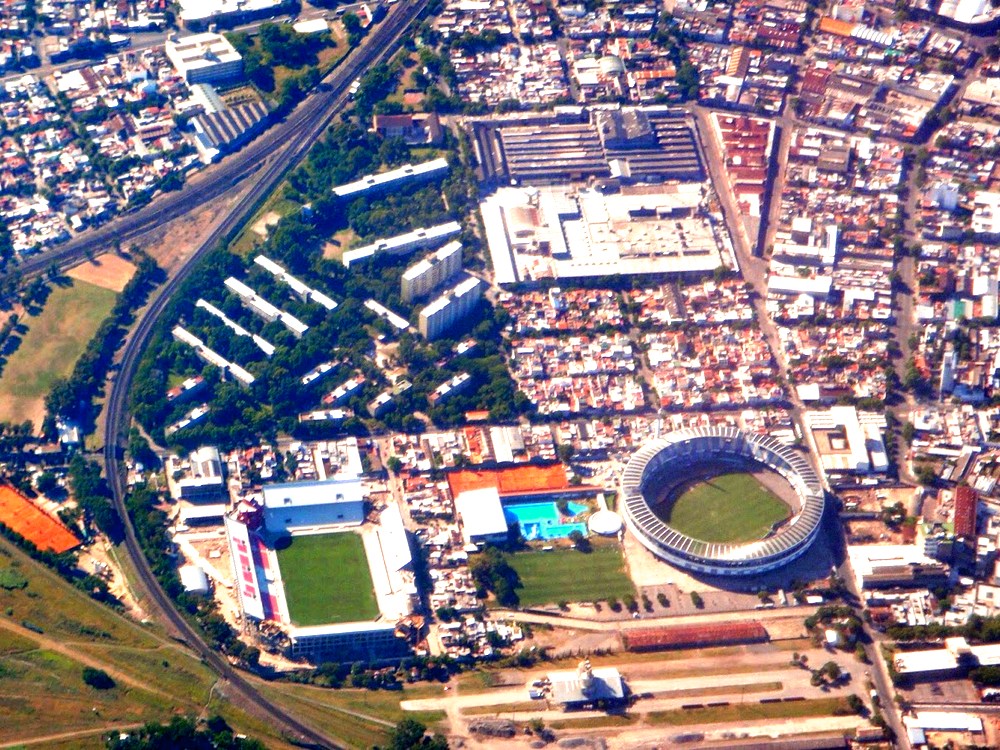 Racing and Independiente Stadiums are located in the Argentinean city of Aviñeda, and the two rival teams are among the most important Argentine teams. The city derby is ranked among the most important in the world, as it is called the paths of heaven and fire, due to the colors that the two sides wear. The Racing team wears red and is called the Red Devils, and the Independiente team wears white and blue, which are the colors that symbolize the sky. The two stadiums are less than 300 meters from each other. Avianeda has become the third city in the world after Milan and Montevideo, which includes two teams that won the Intercontinental Cup. 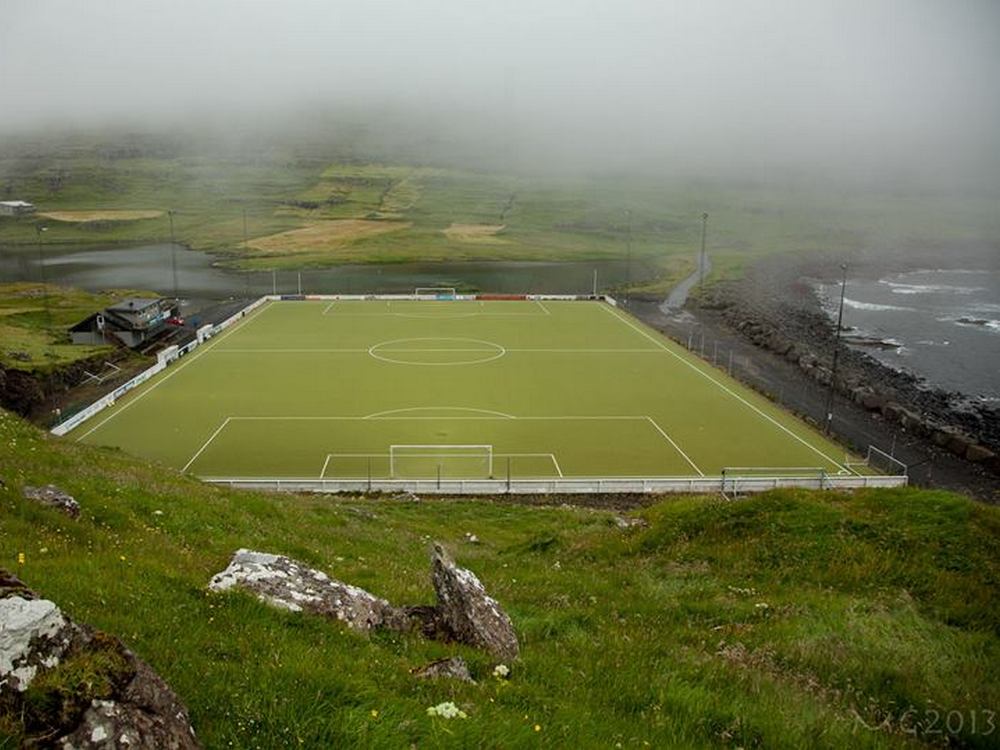 Eddy Stadium is located in the Faroe Islands, in the most northern part of Europe, between Norway and Iceland. It is located in the “Eddie” town on the Atlantic Ocean, which has a population of less than 700 people. The stadium was constructed over the Atlantic Ocean as it is surrounded by water from all directions. The funny thing is that there are boats dedicated to recovering the stray balls that go towards the ocean and players are unable to recover them. It does not rise above the sea surface except for a few meters. 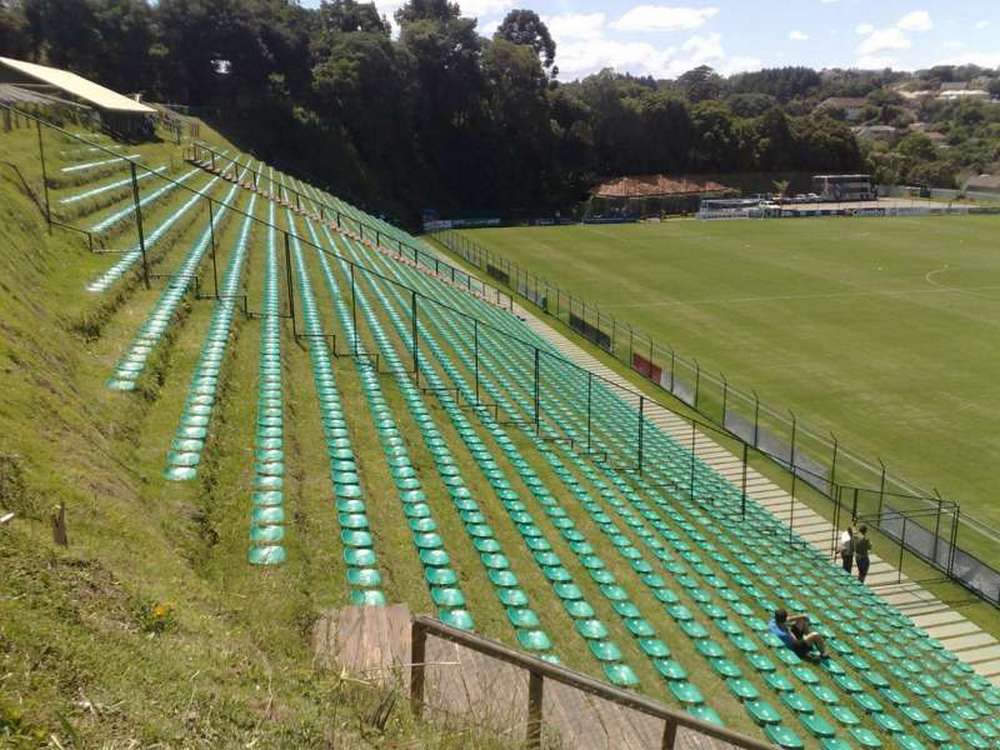 The “Jangito Malushieli” stadium is considered one of the most environmentally friendly stadiums in the world as no cement was used when it was constructed, as chairs were placed on the hills surrounding the stadium. Solar panels are used to light matches and the stadium’s capacity is 6,000. 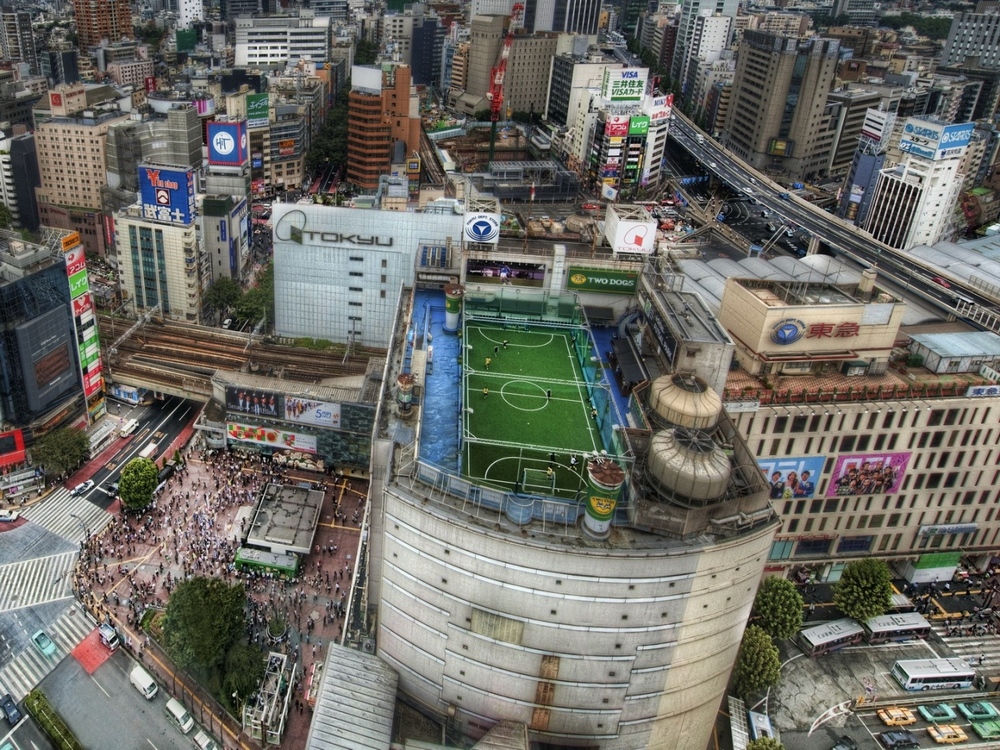 This Adidas stadium is located in the Japanese capital, Tokyo. It is located on the roof of a building in the heart of the famous Hachiko Square, near Shibuya Station, which is one of the most popular train stations in the world.