The most beautiful artificial islands around the world

Many islands are known for the enchanting natural beauty that attracts tourists. These formations that are surrounded by the sea from all sides are a prominent tourist attraction everywhere, but there are also artificial islands that people have done for many purposes, some of which were made for tourist purposes or for the formation of natural reserves or economic goals. Follow with us a group of the most beautiful artificial islands around the world to choose among them so that you can spend a wonderful vacation in its branches and enjoy the distinguished achievements of humanity.

In order to build the metro system in preparation for the World Expo held in the Canadian city of Montreal 1967, where the need to dig 15 million tons of rocks, Canada found an innovative method in its use by building Notre Dame Island next to the St. Lawrence River. Today, the island is home to many attractions, where major competitions are held in various fields.

The largest lake in northwestern Germany, Prince William ordered its construction between 1765 and 1767 in order to be a fortified hideout for the Prince, was built by taking rocks by boat and then dropped into the water until the island was formed. The island covers 134,548 square feet and is now a prominent museum and tourist attraction in Germany.

The World Islands in the United Arab Emirates

The World Islands, is a group of artificial islands located in the Emirate of Dubai, in the United Arab Emirates, and it is in the form of the continents of the world, so it was named after the World Islands, and it is made up of 300 industrial islands, where each island has privacy, and these islands are divided into four main sections: Luxurious homes, private homes, shared islands and dream resorts. There are several luxurious hotels and restaurants on these distinctive islands.

An industrial island within a country is a group of islands entirely, with an area of ​​only 0.7 square miles and is man-made and is home to about 40,000 people. Designed to be adaptable to climate change, the island has been called the only smart city in the Maldives. You can find hotels and restaurants, but the main attractions are the beautiful beach, and water sports can be practiced, such as snorkelling and boat trips.

Construction of the island began in 1936, and 25 million cubic meters were transported from all parts of San Francisco Bay one and a half miles away. It was completed in 1939. Today, the island is famous for its annual music festival.

42 km of sandy, pebble and grassy beaches, bays for swimming, where nearly three million young visitors gather annually in the Danube Island celebration, which is the largest of its kind in Europe. There are also places to rent water sports equipment and there are special waterways for surfing, windsurfing, restaurants and cafes. 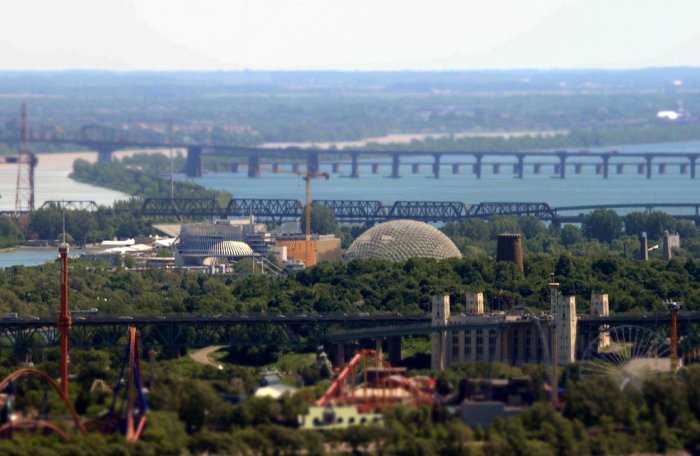 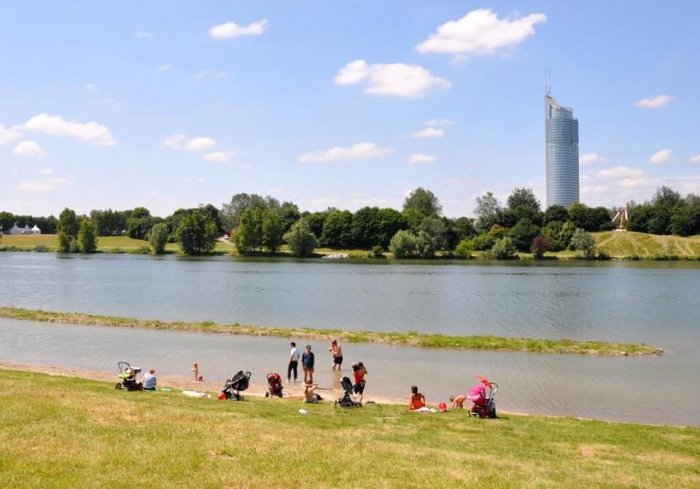 From the Danube Island in Austria

From the island of Notre Dame 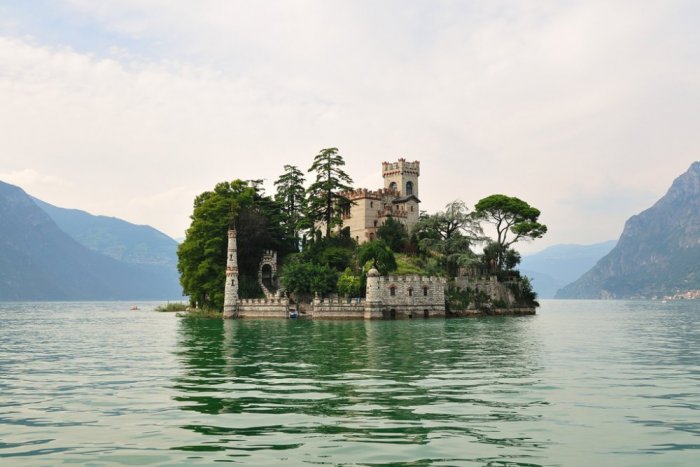 From Wilhelmstein Island in Germany 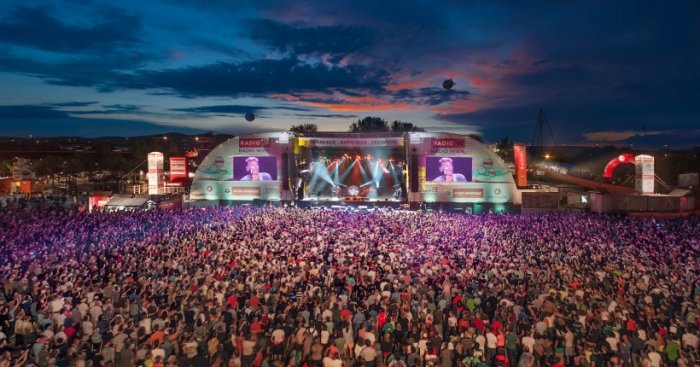 The Danube Island Festival in Austria 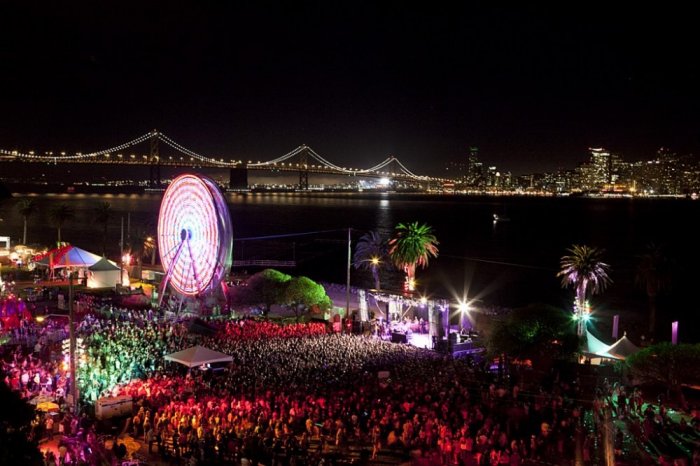 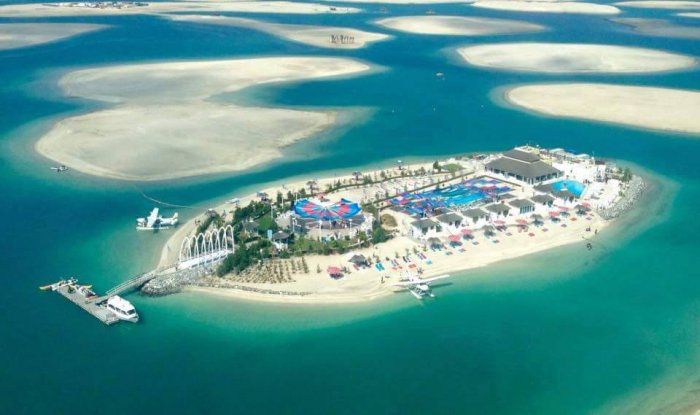 From the islands of the world in Dubai

A scene from Hulhumale Island in the Maldives 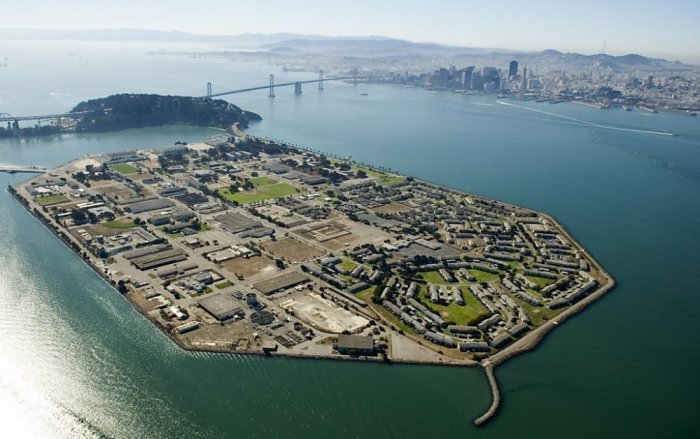 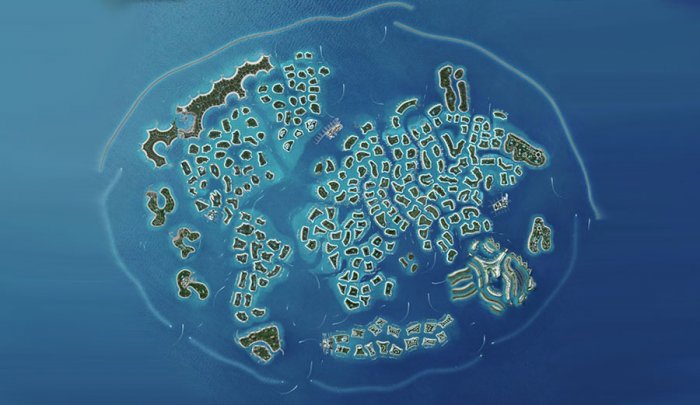 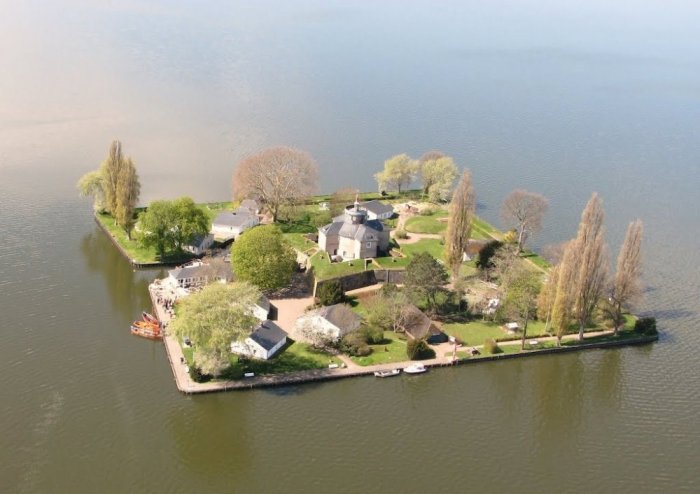 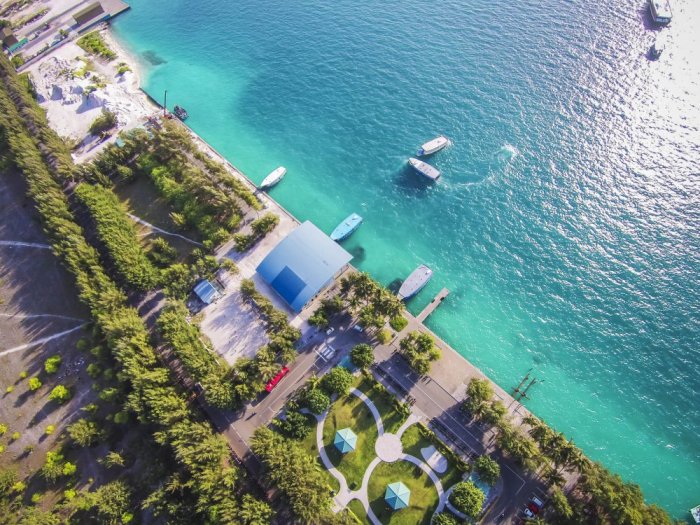 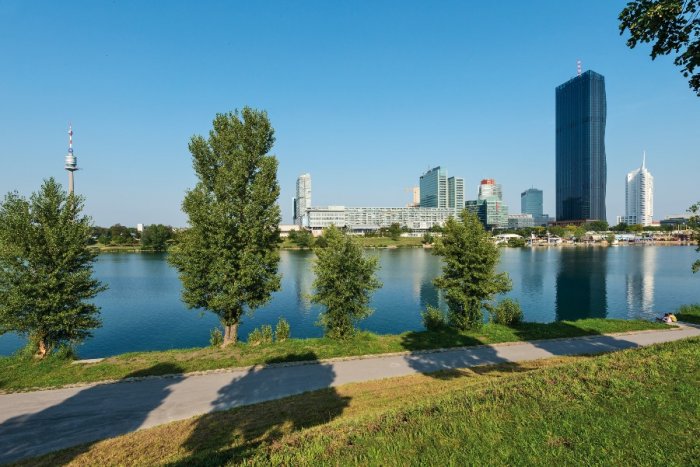