The most beautiful natural parks in Tokyo

Although the Japanese capital Tokyo is a modern city and a window into the digital future with many skyscrapers, huge shopping malls and huge technology projects, it still has an abundant share of nature and vegetables, giving its visitors an opportunity to escape from the fast urban style. There are many parks in Tokyo that are worth a visit to spend quiet times and proximity to nature. Here are the most prominent in our day tour.

This spacious garden covers an area of ​​580 thousand square meters with wide lawns and many types of trees and ponds. And the landscape varies in the park. The northern part resembles French and English gardens, while you get a traditional Japanese landscape in the south of the park.

A spacious park located near Harajako Station and the Meiji Religious site in Tokyo. The park is of historical importance as it launched the first successful flying experience in the country in December 1910. The park is also one of the favorite parks of the Japanese, where you will see many activities in it when visiting such as musicians, comedians and lightness game practitioners. In the fall, the park is gilded with golden ginko trees, which Japan is famous for.

Get a free opportunity to wander through the lands of the former Edo Palace that are now part of the Imperial Palace and discover the enormous stones used to build the walls of the Palace in which the imperial family lives. You can also wander around the Imperial Collection Museum, which displays more than 9,500 artworks that belonged to the imperial family.

Ueno Park includes many monuments, especially cultural, where there are many museums inside, in addition to a zoo, a religious shrine and a large water pool. The park witnesses annually the celebration of the arrival of spring, with the famous cherry trees blooming in Tokyo.

This park is located in the Shiodome neighborhood, near the Sumida River in Tokyo Bay and has attractive landscapes. You can visit this garden in the afternoon, where you will taste a visit to a cafe in the garden that offers many types of Japanese sweets and soft drinks. In addition, the park offers several activities for its visitors, and it is a place for official and annual celebrations, where the martial arts aikido and Japanese falcon show.

This park is an oasis amongst the tall skyscrapers in central Tokyo. The park is surrounded by a number of Tokyo’s tallest buildings such as the Twin Towers of the city government, the Hyatt Regency Tokyo hotels and the Park Hyatt. 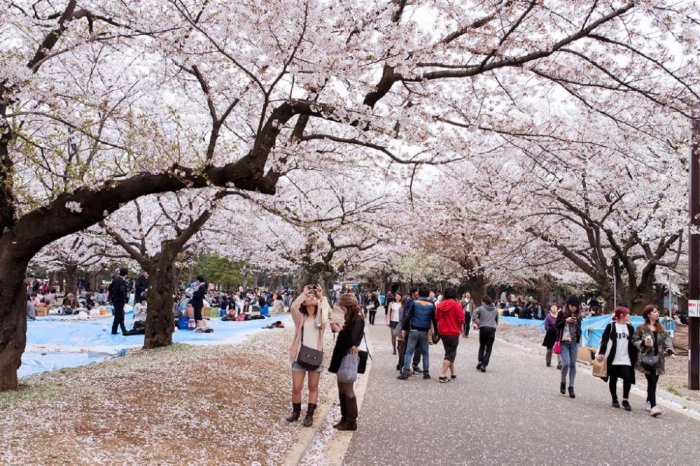 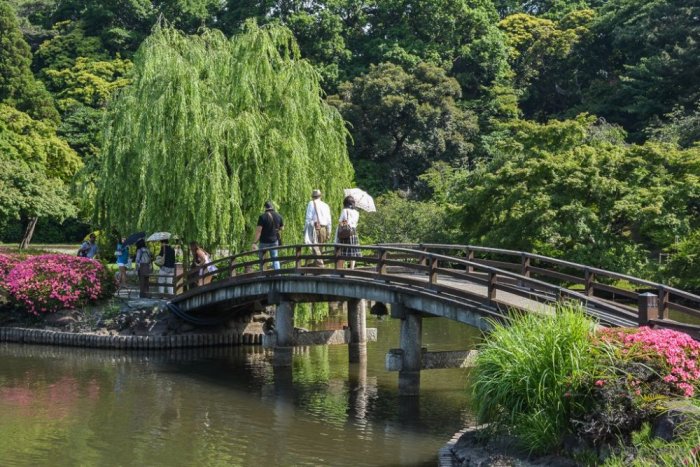 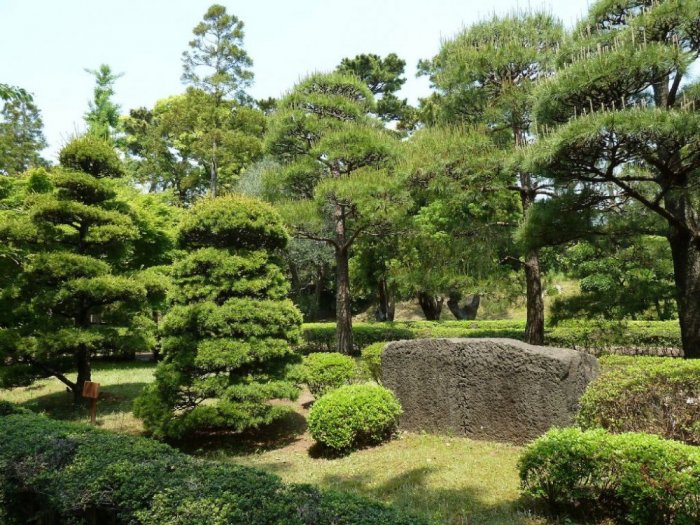 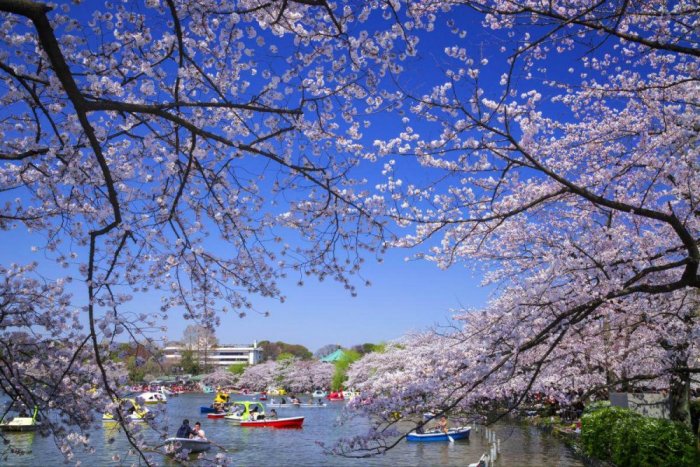 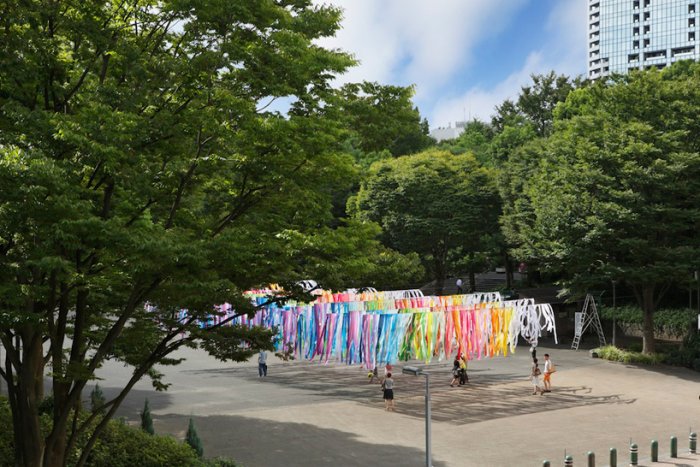 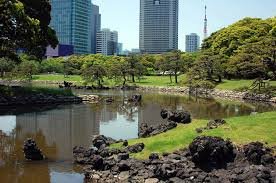 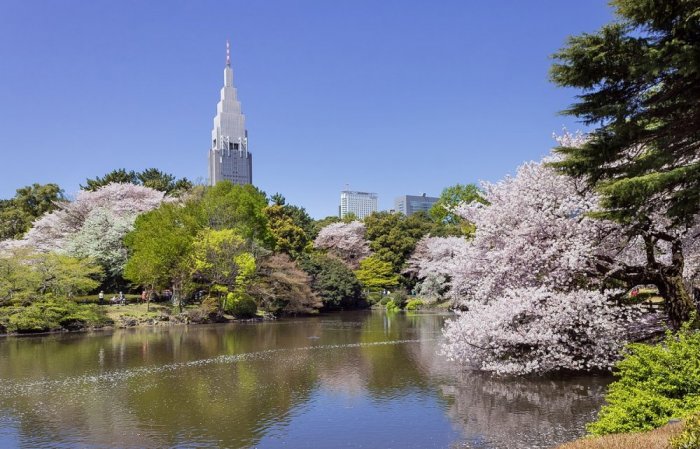 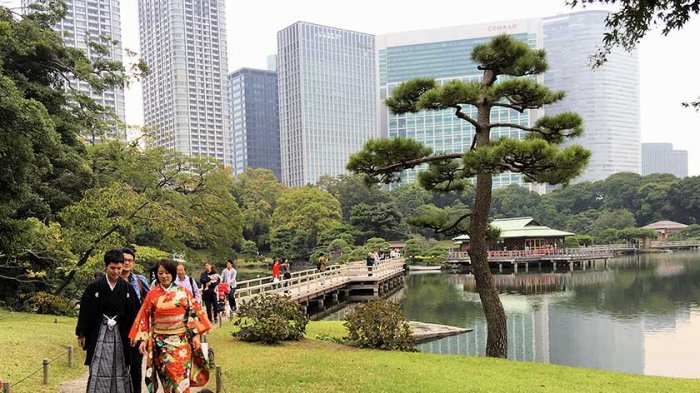 A view from the garden of the Eastern Imperial Palace 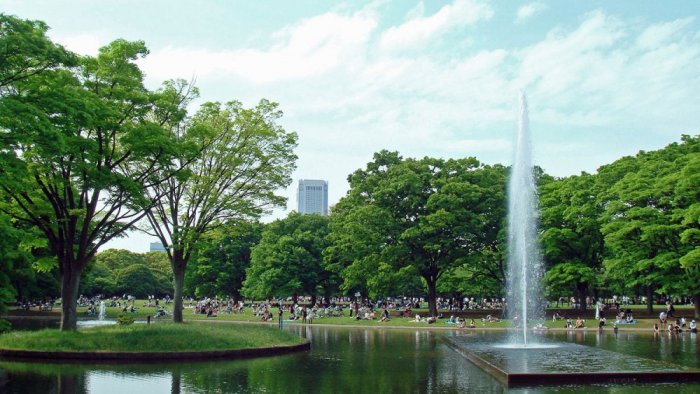 The most beautiful tourist places in Lebanon