The most beautiful natural places in Spain

There are in the west of Lanzarote, one of the most beautiful natural places in Spain, where the fresh air and vast green areas, and this name was given to it, is the volcano that is still active in the region. Therefore, the volcanic soil has about 51 km.

Caldera de Taborente National Park
It is considered one of the seven natural wonders in Spain, and the park is located in La Palma, and it has many picturesque landscapes, and various recreational activities can be practiced there.
El Torcal de Antequera region
It is a wonderful area for lovers of discovery as it is a natural reserve with many beautiful stone formations of limestone in the form of camels, jugs or sphinxes and other forms that were formed by natural factors over time.
Mount Ted
It is considered one of the most beautiful mountains in Spain and its length reaches 3780 meters above sea level, it is the highest point in Spain and it has the most popular volcanoes and its origin is more than 8 million years and it is interesting to watch the sunrise in this region.
Mount Ted is an important habitat for many plants and flowers. It has about 168 species of plants in addition to pine forests that rise about 1000-2000 meters. There are also about 1400 species of animals and many insects besides lizards, rodents and beautiful birds.
Also, this region is a wonderful destination for nature lovers and taking commemorative photos for it, especially at night, where stars and the Milky Way galaxy appear, and due to the beauty and importance of these mountains, it became under the auspices of UNESCO in the year 2007 AD.
Lagomera Island 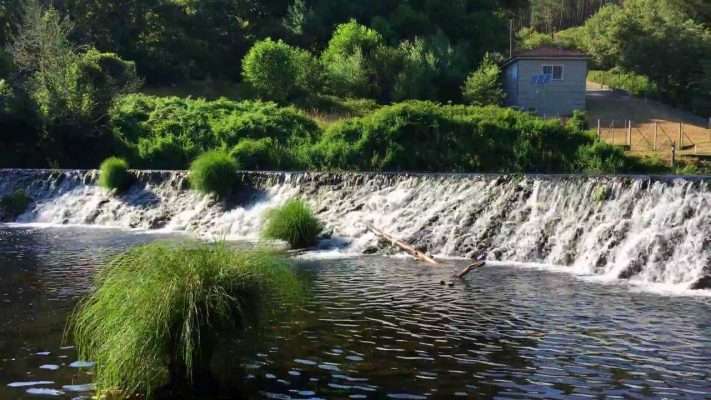 It is one of the Canary Islands located in the north of the Atlantic Ocean and is characterized by its circular shape and an area of ​​more than 378 square kilometers and a height at the sea level of 1487 meters and its capital is the city of “San Sebastian”. The island is characterized by wide green areas and crops such as tomatoes, grapes, palm trees, figs, bananas and others It is also a wonderful fishing port.
And there is the Garajuna Park, which covers about 11% of the island and abundant lush forests, springs, streams and many beautiful landscapes.
Duero River
It is the third largest river in the Iberian Peninsula and its length exceeds 897 km. The river originates from the Spanish “European” mountains to flow into the Atlantic Ocean, which is one of the most beautiful landscapes in Spain.
Canary Islands
It is the most beautiful natural destinations in Spain, where charming landscapes and a mild climate most of the year. The Canary Islands are located in the Atlantic Ocean, despite their autonomy, but they follow Spain and due to its enchanting beauty, UNESCO has included several sites in it to the list of World Heritage sites.
There are in the Canary Islands the third longest volcanoes in the world and one of the most beautiful islands of Tenerife and Gran Canaria and go to visit many tourists, who numbered 12 million tourists a year to enjoy the picturesque beaches and swimming and diving to see the beautiful marine creatures and hiking in the island of Fuerteventura is a natural reserve with different types From birds, animals and plants.
Purple Territory

One of the most beautiful Spanish natural areas, where many glaciers, pastures and plains
Houlega Beach
Of the most beautiful and strangest beaches there is in the town of Yannis and is characterized by surrounding it in the hills along with its clear waters and golden sands, enjoying a wonderful natural view.
Pyrenees Mountains
It is also called the Pyrenees Mountains, which is a mountain range that represents the natural borders between Spain and France and extends for a distance of 430 km from the Bay of Biscay in the Atlantic Ocean to the western Mediterranean in the east and reaches its highest point to an increase of more than 3400 meters above sea level and is the most beautiful place to enjoy Landscapes

Here is the most beautiful and charming natural places in Iceland