The most beautiful palaces and castles in the United Kingdom

The United Kingdom is famous for many things, including the introduction of a system of parliamentary democracy, a constitutional monarchy and its vast empire, and is the result of the union of four countries: England, Scotland, Wales and Northern Ireland. In addition, its regions are considered among the most beautiful naturally in the world, and they have a rich history and wonderful culture. 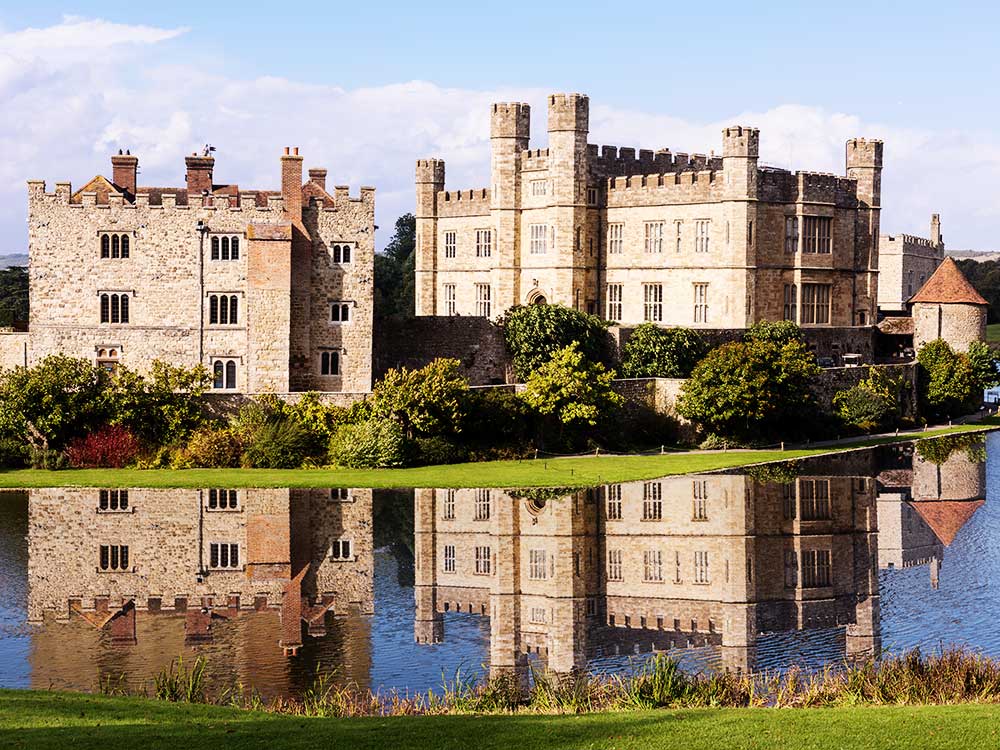 It was an absolute monarchy until the outbreak of the English Civil War in the seventeenth century, after which a parliamentary system and a constitutional monarchy were established that still exist today. The United Kingdom is among the most preserved countries in the world, such as royal palaces, castles, and ancient fortifications, some of which date back to the period of Roman rule two thousand years ago. During your visit to the UK, do not miss the opportunity to visit the following beautiful castles and palaces: 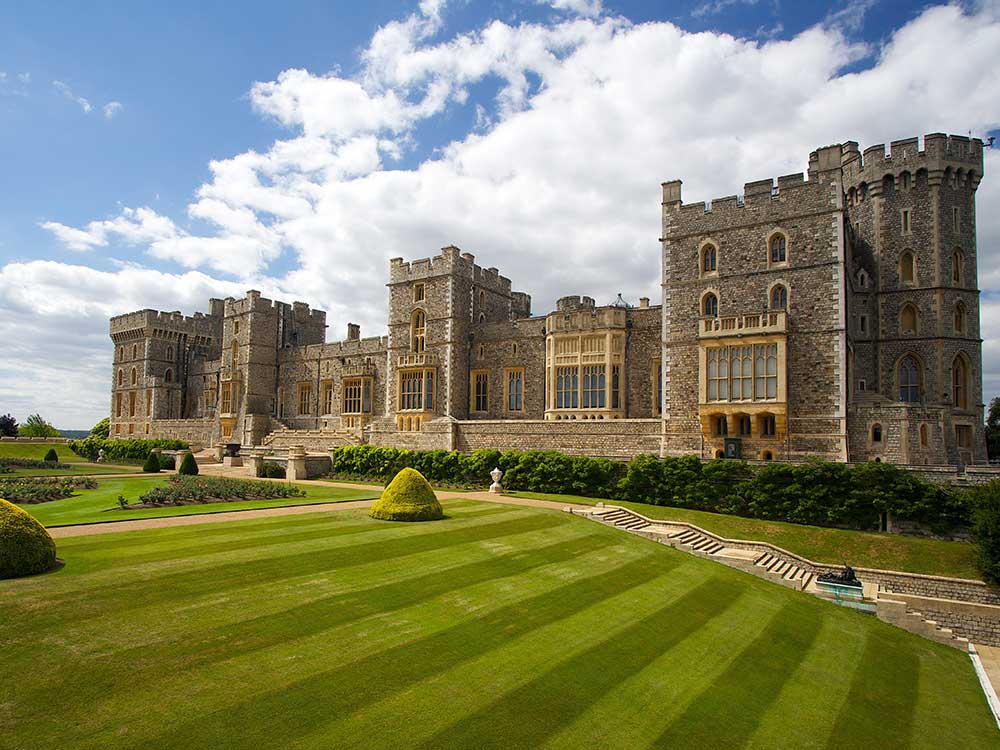 Windsor Castle is one of the most famous royal palaces in the United Kingdom, and dates back to the eleventh century after the Norman conquest of England by William the Conqueror, and since then has been used by members of the royal family continuously. The palace was free from damage during the seventeenth-century English Civil War, from aerial bombing during World War II, and from a fire that erupted in 1992. To this day, Windsor Castle remains Queen Elizabeth II’s favorite spot for the weekend and home to official visits. 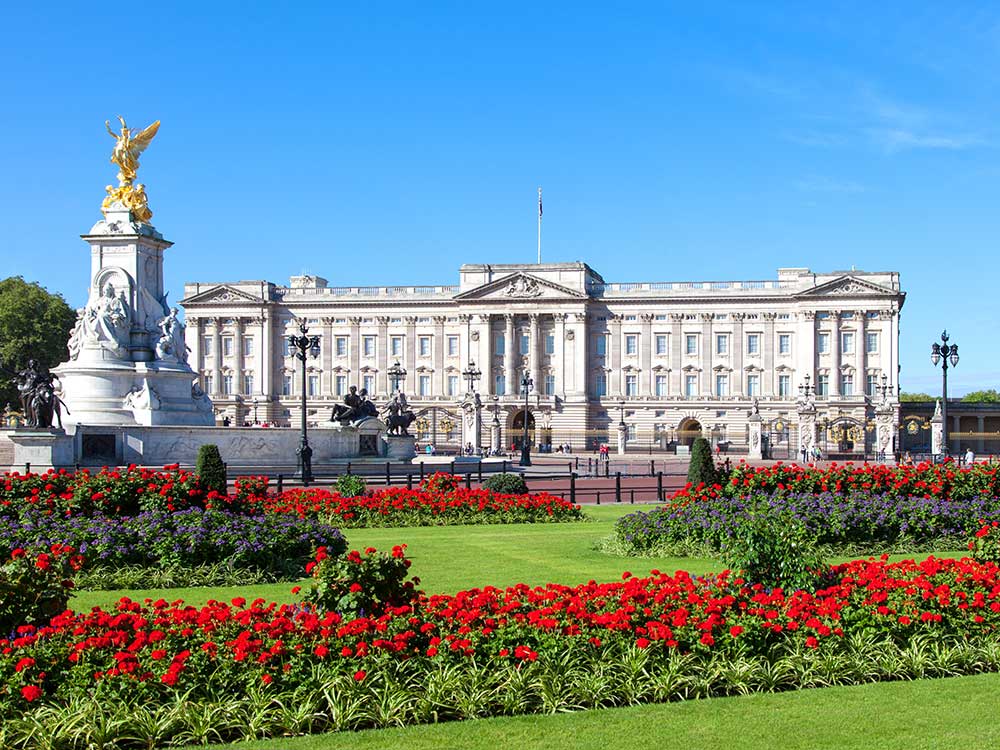 Buckingham Palace is one of the most famous royal palaces in the world, and has been the residence of the royal family since 1761 AD. Distinguished by its unique design and exquisite architecture, the queens Charlotte, Victoria and Elizabeth II lived in it, while Buckingham Palace tour and watching the replacement ceremony of the guards are among the most popular tourist activities, and you can get to know the life of the royal family. 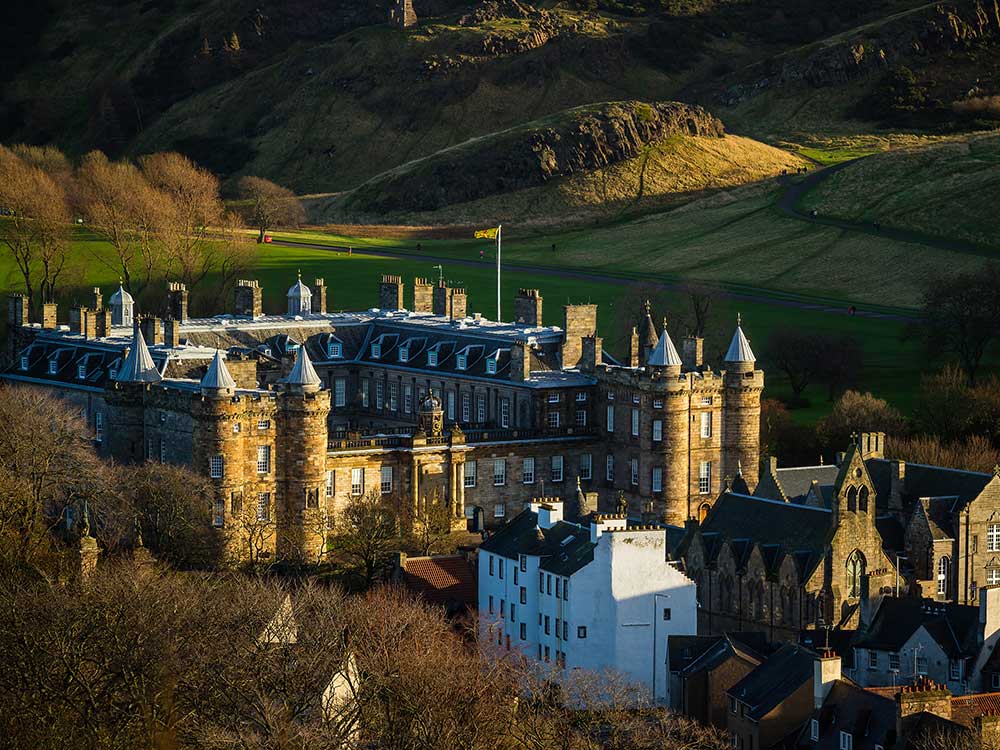 The official residence of Queen Elizabeth II in Scotland, and was the residence of the kings and queens of Scotland until the Union of England and Scotland. The palace is located in the “Royal Mile” area opposite the “Edinburgh” castle, and diplomatic delegations are received during official events. Queen Elizabeth II resides at Holyrood Palace every year for a week at the beginning of each summer. 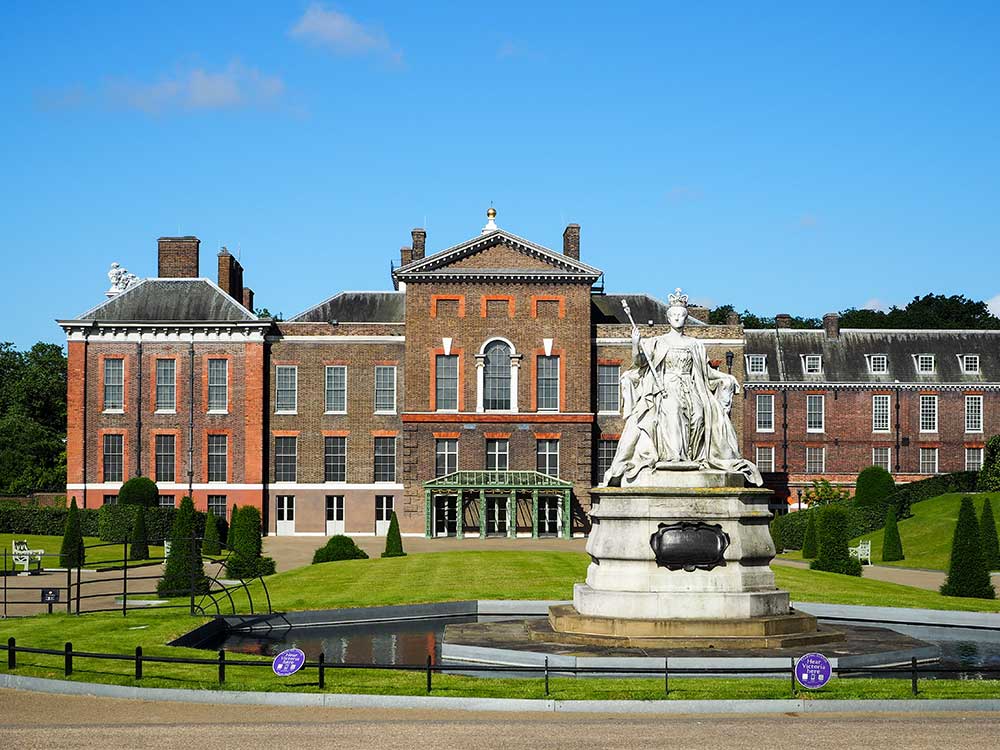 Kensington Palace is located in the upscale Chelsea area of ​​London and is the official residence of the Duke of Cambridge Prince William, Duchess of Cambridge, Kate Middleton, and Prince Harry. An independent charitable body takes care of this palace, and it also relies on donations for its maintenance. 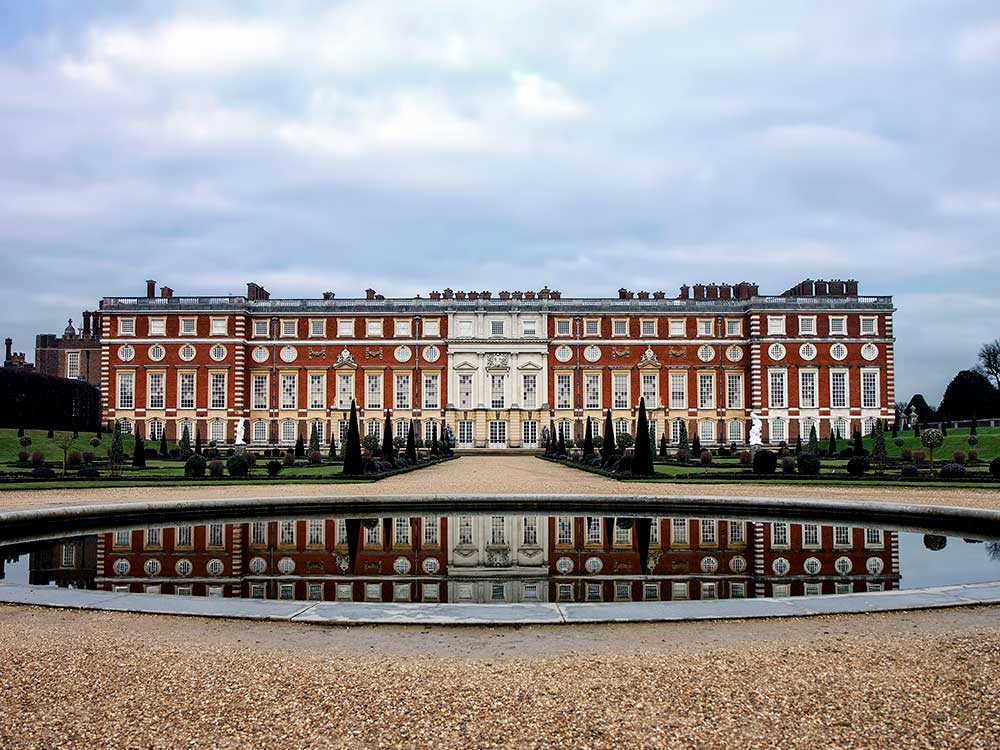 The Hampton Court Palace is located in the Richmond area, overlooking the Thames River. It was built in the 16th century and was inhabited by King Henry VIII. The palace is open to visitors, and there is a bus stop near it and can be reached by train. An independent charity cares for the palace, which is considered an important English monument, and has an old tennis court. 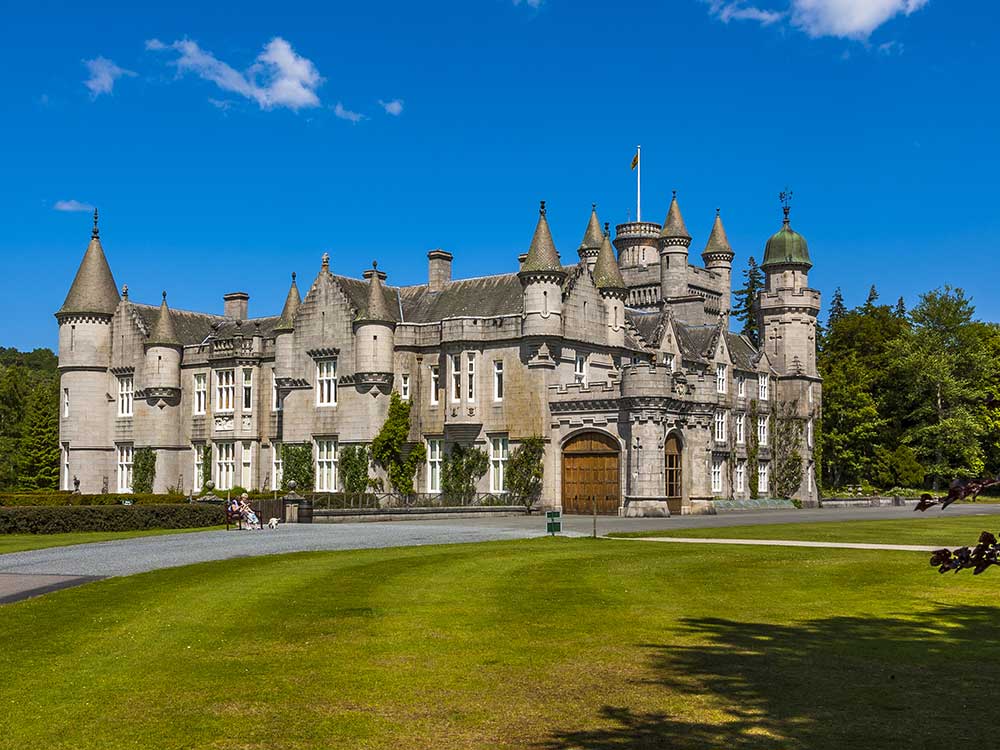 Balmoral Castle is located in the Aberdeenshire area of ​​Scotland and was purchased by Prince Albert, Queen Victoria’s husband in the nineteenth century. Designed in the style of Scottish Baronial architecture, this castle consists of a monumental building surrounded by farmland, forest, and gardens. When Queen Elizabeth II was in this palace, the news of the death of Princess Diana, Princess of Wales, and the wife of her son Prince Charles, Crown Prince, came to her. 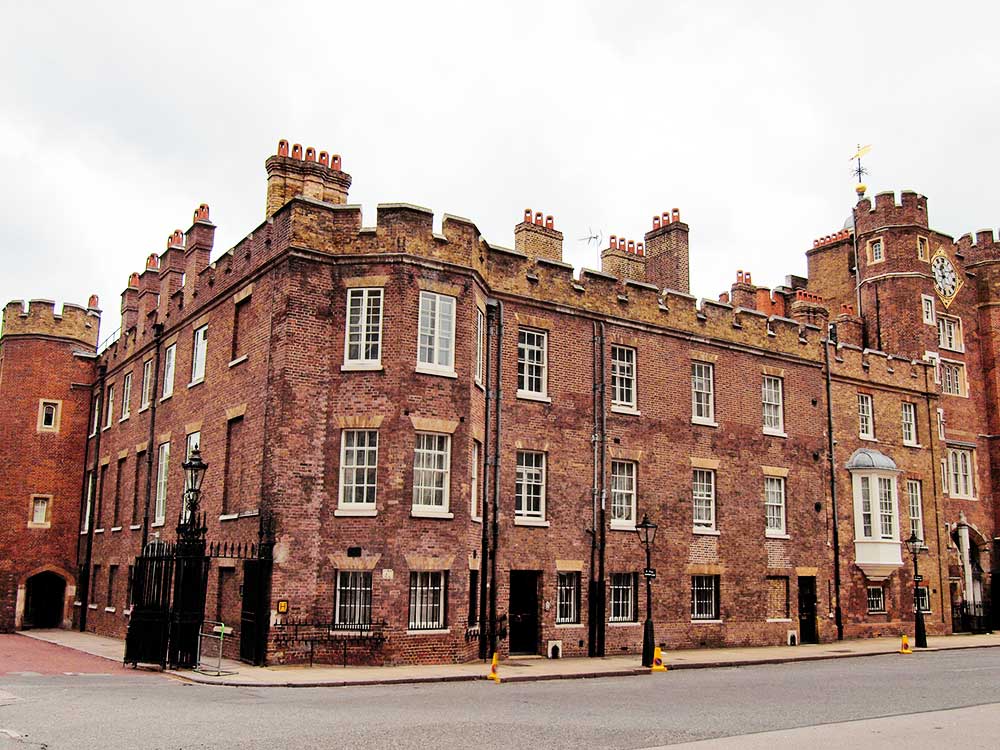 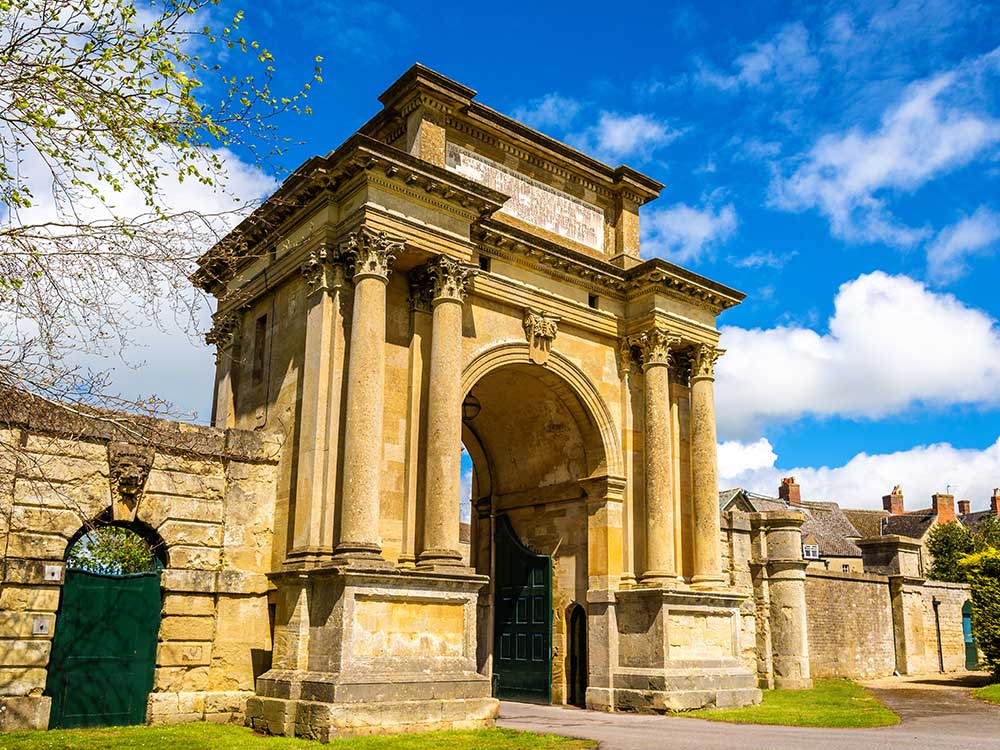 It is a UNESCO World Heritage site in the United Kingdom. Blenheim Palace, located in the Woodstock area of ​​Oxfordshire, is the official residence of the Duke of Marlboro and is designed in the style of English Baroque architecture. Known for being the place where former British Prime Minister Winston Churchill was born, some scenes of the last James Bond movie “Specter” and “Hamlet” in 1996 inspired by the Shakespeare play were also filmed. 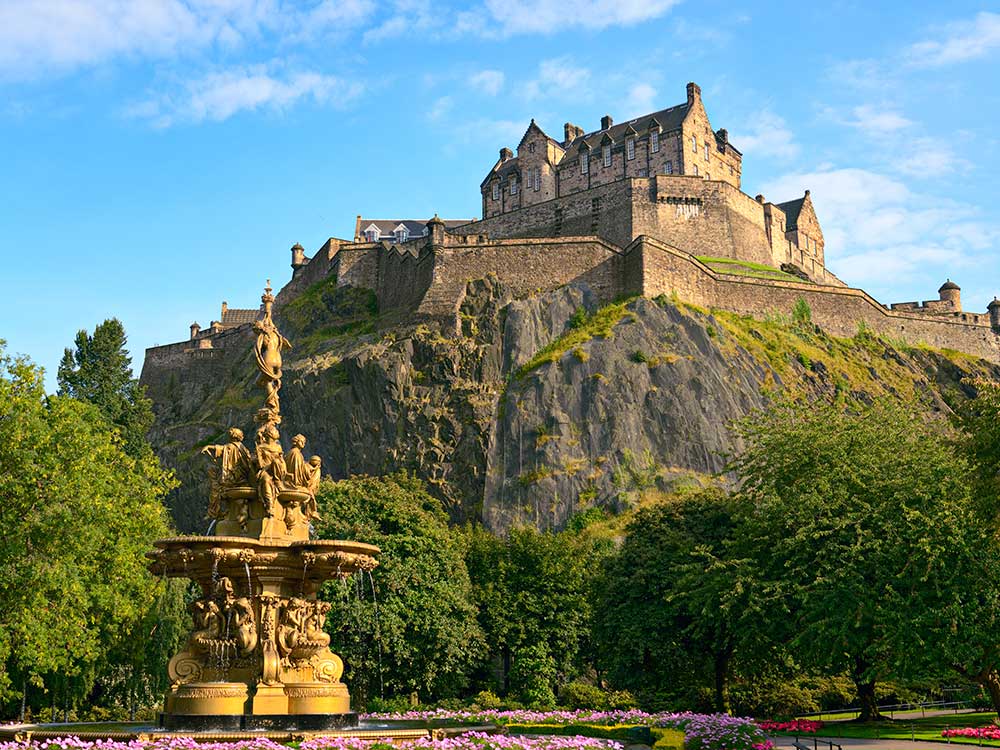 This historic castle is located on a volcanic plateau in the city of Edinburgh in Scotland, and it is one of the most important and famous features of this city, as it is one of the most attacked sites in the history of the United Kingdom, as it was subjected to 26 blockades throughout history. Today in the Castle Museum there is a collection of collections and artifacts that include traditional Scottish costume, national decorations, the sword of the state mace, the royal crown and many other royal possessions.