Since ancient times, the English city of Nottingham has been particularly famous since the spread of the “Robin Hood” story, which revolves around, and in the nineteenth century it became famous for the manufacture of bicycles, reporting, and dantal, and the industrial revolution grew. This city located in north London attracts the attention of tourists to it due to its ancient and beautiful landmarks, and if you have not yet visited it, we will offer you the most beautiful tourist attractions in Nottingham, England, to put it in the list of your next trips.

The old city center embraces a number of tourist attractions, most notably the Old Market Square. The square is one of the largest public places in England and Nottingham Tourist Center is the starting point for your exploration of the city. In the east of the square is the Neoclassical Council House, which features its striking dome. It is within walking distance of the Lace Market and Nottingham Theater, which houses “Sky Mirror”.

It is located a short walking distance from the Old Market Square, which is the heart of the lace industry in Britain, where it contains many stores and old shops that have been included in the heritage areas of the city, and nearby attractions are the Modern Art Gallery, the ACE National Center and the Justice Museum which opened 1780 in the courtroom and prison dating back to the 14th century.

Nottingham Castle is one of the most beautiful tourist attractions in Nottingham, England

The castle offers great ocean views and is known to embrace a bronze statue of Robin Hood by sculptor James Woodford. The original castle was destroyed in 1651. It was replaced by an Italian-style palace that offers a wonderful view of the town, and now houses two major museums: Sherwood Forest Museum and the Nottingham Castle Museum which includes medieval ceramics, alabaster sculptures and jade jewelry from New Zealand, a few meters away. Nottingham is a collection of 17th century houses.

Nottingham has many sandstone caves including the amazing Mortimer Hall crater located 322 feet directly below the castle, known as the City of Caves and it is a stunning formation bearing the name Roger Mortimer the Queen Isabella’s lover, and includes more than 450 caves, and was used for several Centuries of storage and defense.

Hayfields Park is one of the most beautiful tourist attractions in Nottingham, England

Hayfields Park is part of the University of Nottingham and boasts a large collection of tropical plants and rare trees. Several activities can be done there, including boat exploration, hiking, canoeing and barbecue, and there is a special place for children to play. The Lakeside Art Center near the park organizes various activities. You can also discover the Arboretum park, which has beautiful gardens and popular festivals.

The Love Green Mill, which was formerly the home of physicist George Green in 1807, was built and rebuilt in the 1980s after a massive fire in 1947, then opened to visitors to see the inner workings of the four-story mill, and learn more about the flour-making process. 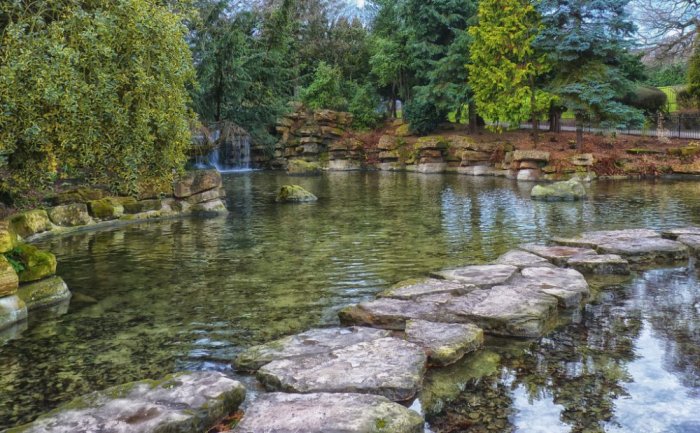 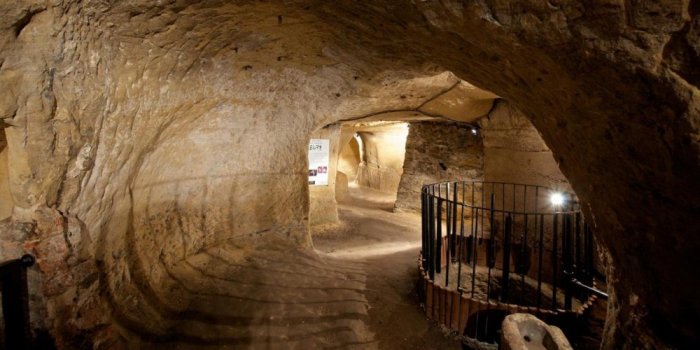 From the city of caves in Nottingham 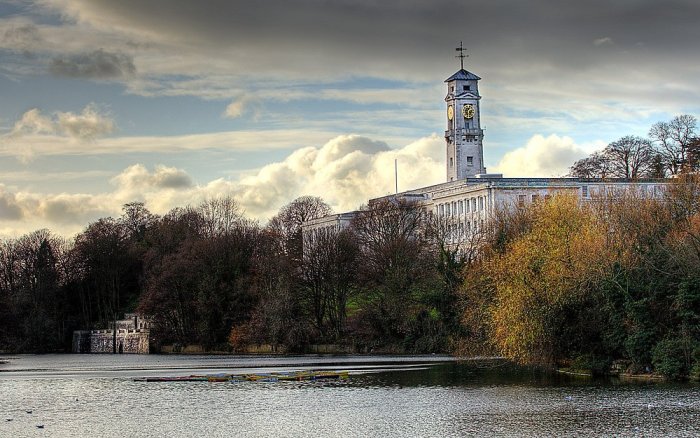 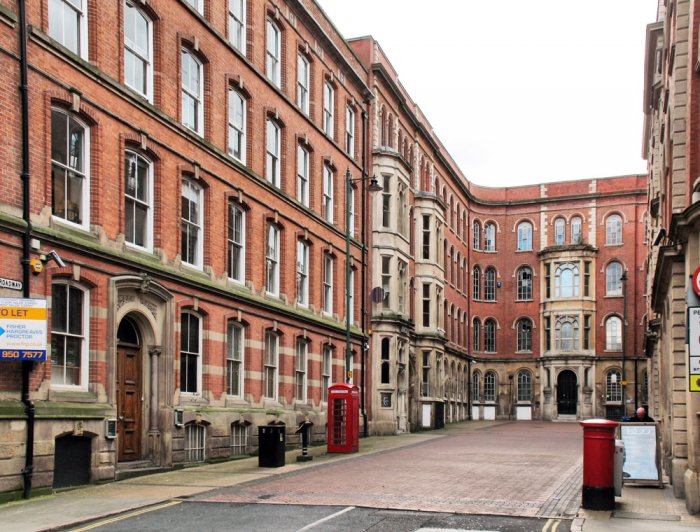 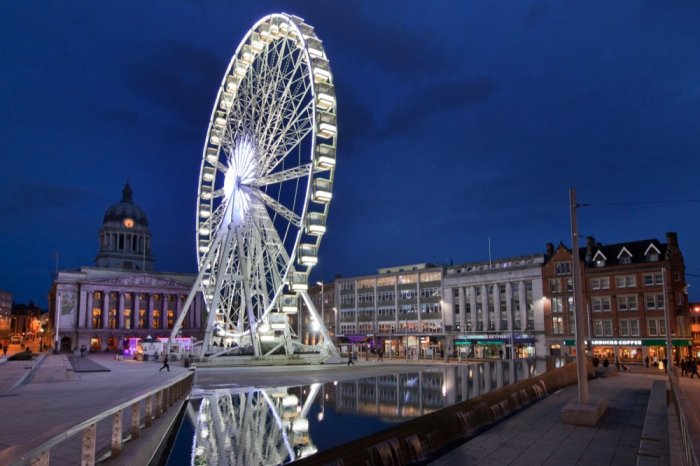 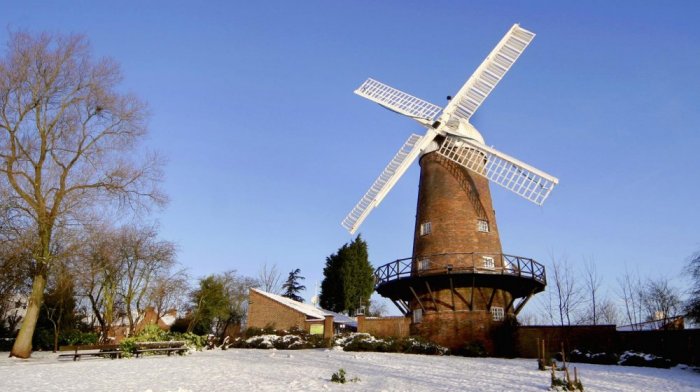 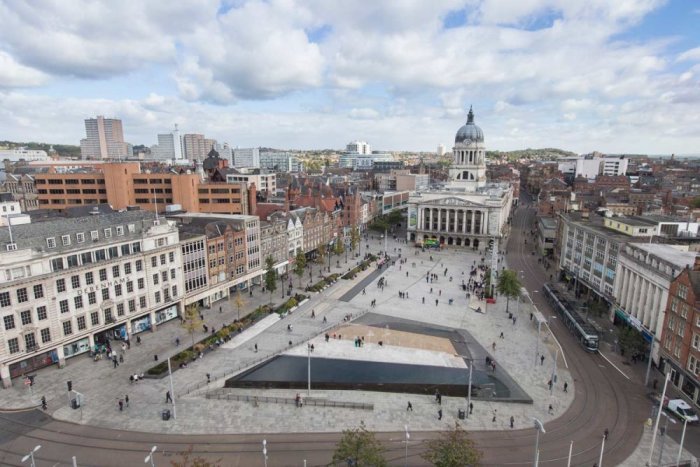 The city of Nottingham 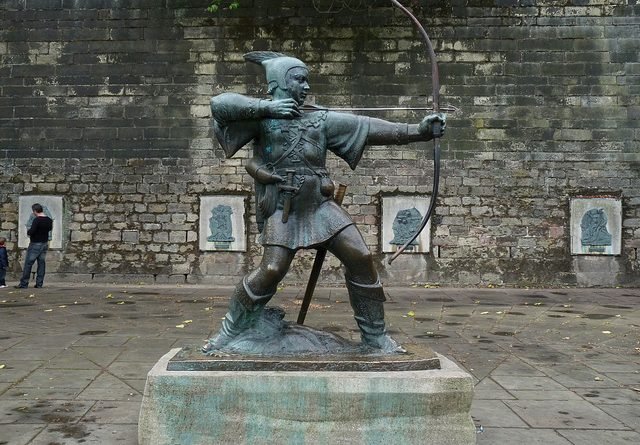 From the Robin Hood statue in Nottingham

From outside the city of caves 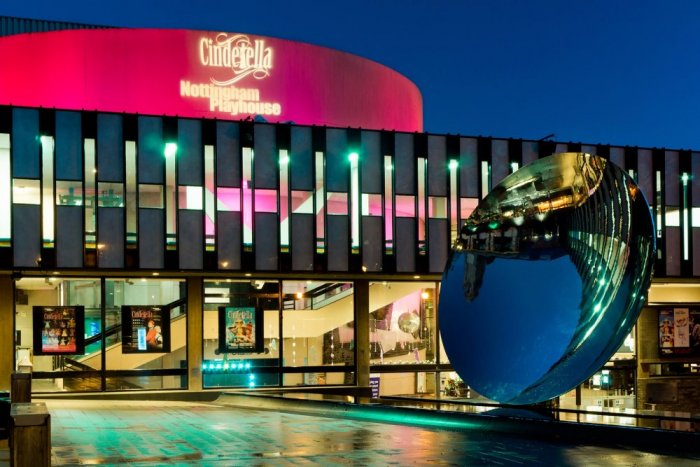