The most beautiful tourism cities in Germany

Whoever visits Germany will immediately discover a wonderful mixture of history, civilization, Iraq, modernity and arts combined in many of its tourist cities, starting with the magnificent and modern Munich palaces that shade Hamburg, up to the historical sites of Berlin and its contemporary touches and iconic museums, and many others. And because the options are many and varied, we will help you today to discover the most beautiful tourist cities in Germany so that you can choose what you like of them and spend a special vacation throughout Germany.

The German capital is gaining international fame and is one of the most popular destinations in Germany. After the unification of the country in 1990, the Berlin region has turned into a vibrant, cosmopolitan city full of fine arts and engineering and varied entertainment. And because history is an essential part of the Berlin culture, one should not miss the Brandenburg Gate, the huge Berlin Cathedral, and the Museum Island, which includes the most important museums, galleries, cold war murals, and many others. You should also know that Berlin is a wonderful city to walk in and explore, whatever your destination within it, as each region has its own pleasure and identity, starting with the Mitte, which is full of wonderful markets and the trendy Kreuzberg area. Tiegarten is dominated by a picturesque park, while Charlottenburg is famous for its shopping pleasure.

The capital of the state of Bavaria is a distinct destination and the second most popular city after Berlin. Munich has many world museums and impressive palaces to reflect traditional German architecture with distinction. Among the most famous museums in Munich are the Deutsches Museum, the Residenzmuseum, which tells the story of the rulers of the region at the beginning of the 1500 years, and the Schönheitengalerie Gallery celebrates international portraits of the most famous painters from around the world. In Munich, as well as hundreds of opportunities to shop and taste delicious food in addition to picturesque streets and natural scenery dazzling visitors, a city that perfectly suits all family members.

Frankfurt is the financial center of Germany, with the largest skyscrapers in the country. In addition to the modern architectural character, Frankfurt is distinguished by its ancient fissure, which you will find especially on the banks of the River Main, which offers scenes contrasting but harmonious between modernity and the city. Frankfurt is characterized by the presence of many ancient museums, the most important of which are the History Museum, the Senckenberg Naturmuseum and the Geldmuseum der Deutschen Bundesbank, while in the city there are many artistic areas where you find many modern cafes and modern restaurants that suit the owners of renewed taste. Many visitors go to Frankfurt to get natural spa treatments in one of the many places that offer these services.

Hamburg is the second largest city in Germany, and it is world famous for its embrace of one of the largest ports in the world, which earned it the title of “Gate of the World”. It is worthy of information that Hamburg contains more bridges than Amsterdam and Venice, due to the presence of many water channels that were built on forms of bridges in the heart of the city. Hamburg is the most exclusive city in Germany, and is covered by two-thirds of lakes or parks, which makes it ideal for hiking, cycling and family activities. For example, head to the Planten und Blomen Gardens and admire the wonderful natural scenery. Then head to the Reeperbahn district, rich in music and live shows, and enjoy a traditional German meal at one of the city’s restaurants.

As for our fifth and final choice today for the most beautiful tourist cities in Germany, it is the city of Cologne, which was founded by the Romans and is considered the oldest city in the country. Whatever your tourist directions, you will find your way to be in Cologne, where children will love the Cologne Zoo and the city’s aquarium. You can also visit many Roman antiquities and medieval cathedrals, as well as many statues belonging to contemporary art and modern stores that boast the creativity of young designers in Germany. To discover another kind of museum, what do you think of visiting the Schokoladenmuseum, the city’s signature chocolate museum, or the German Sports Museum and German Games, the Cologne Museum of Applied Arts and many other popular museums in the region … 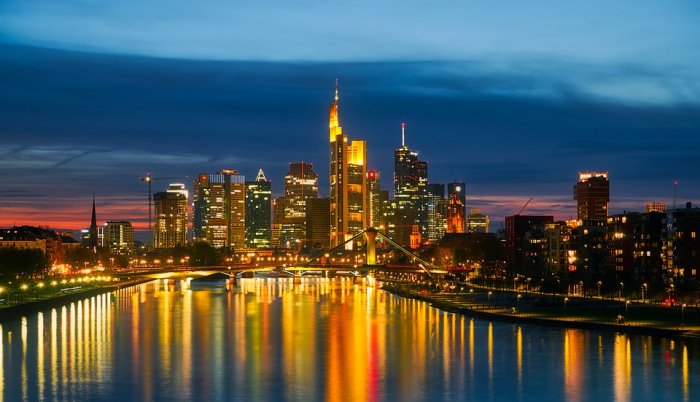 A night view of Frankfurt

A scene of Munich during the year end events 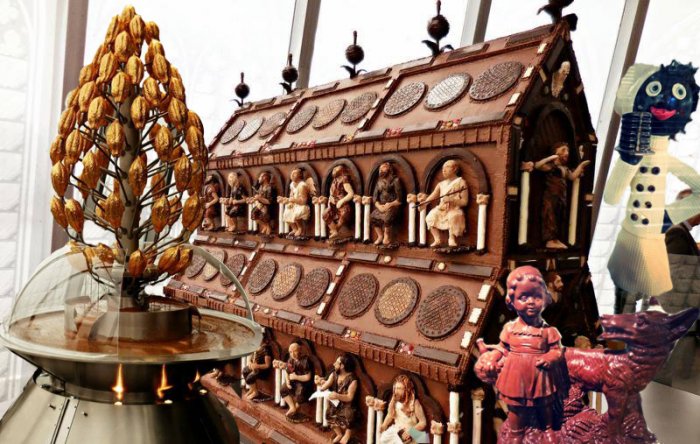 From the Schokoladenmuseum in Cologne 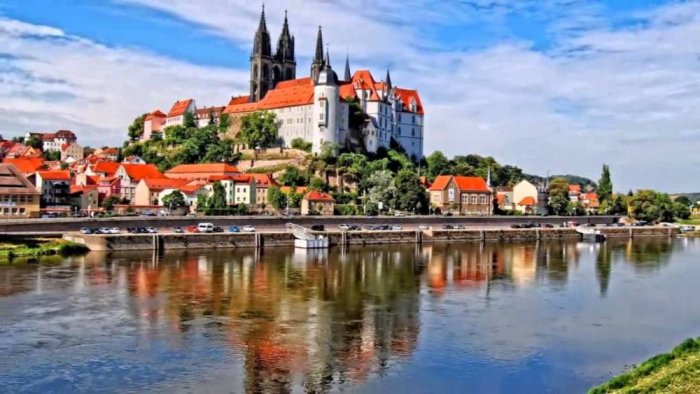 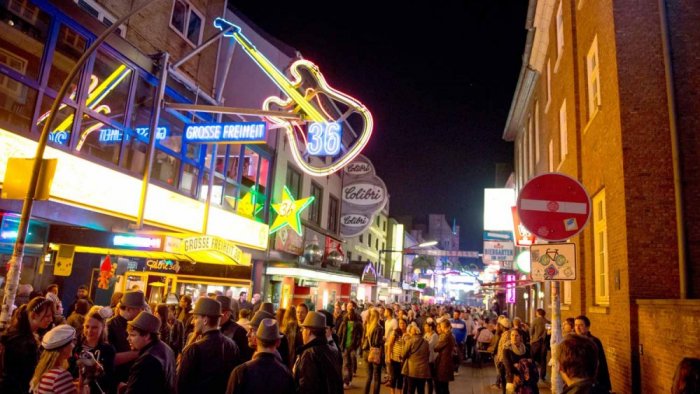 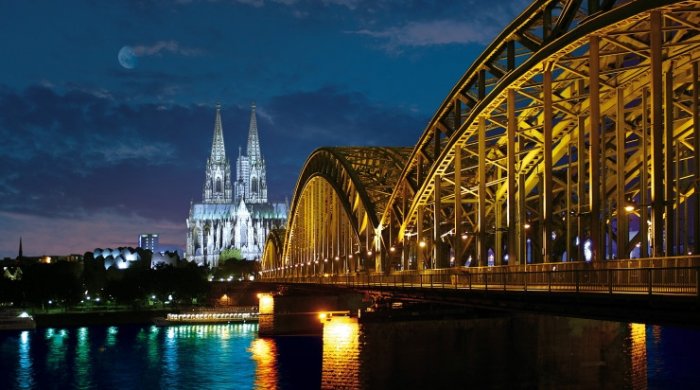 The city of Cologne

The German Bundestag or the seat of the Parliament in Berlin 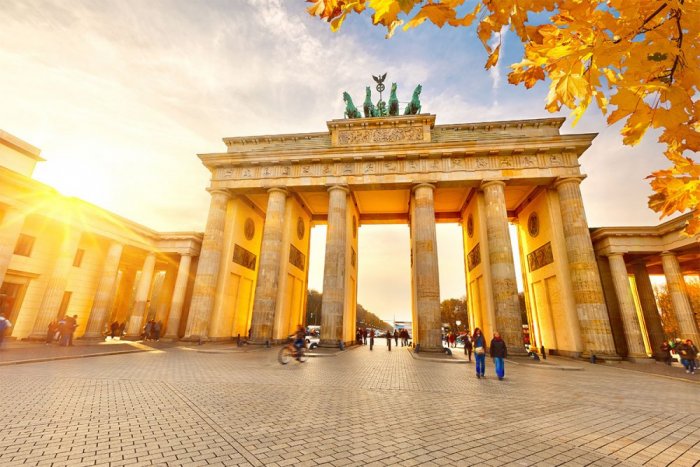 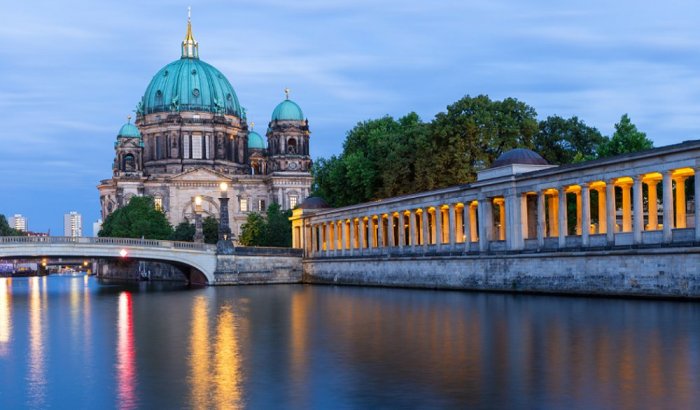 The beauty of the island of museums in Berlin 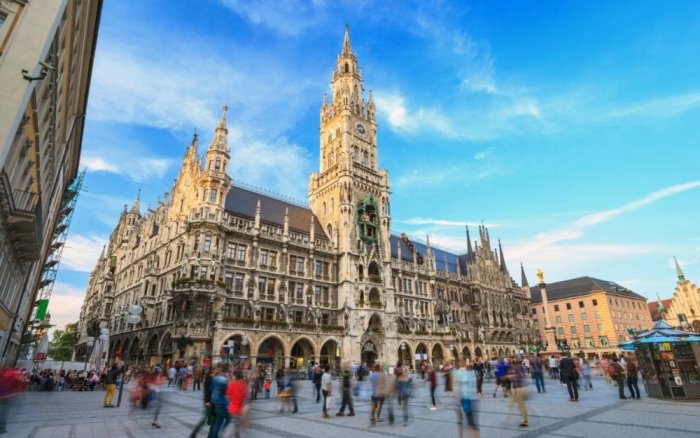 Many opportunities to enjoy in Munich 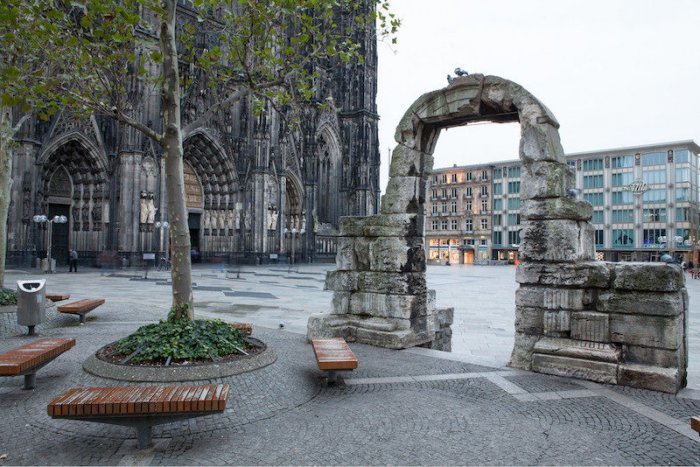 Roman ruins are everywhere in Cologne

The most beautiful tourist attractions in Spain