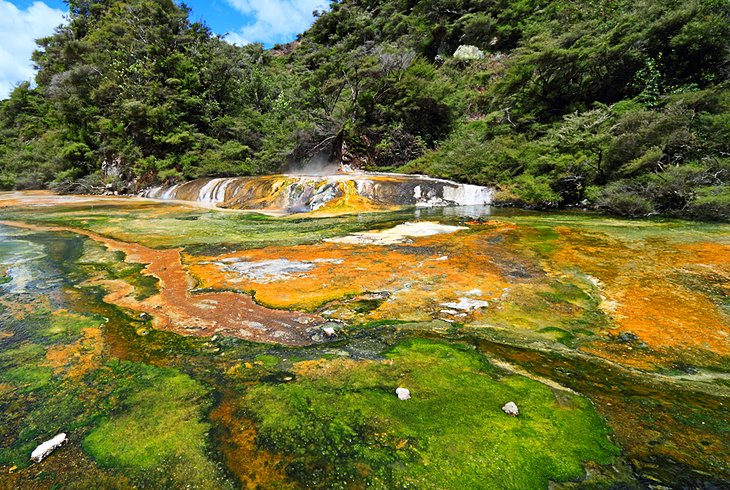 Rotorua is the heart of New Zealand’s geothermal attractions, and the Waimango Volcanic Valley is one of the most popular places to see boiling mud and silica steam terraces, and a series of lanes allow visitors to view smoke-filled craters, sour yellow terraces and green limes safely, as well as a crater. Hell where its huge water spring. 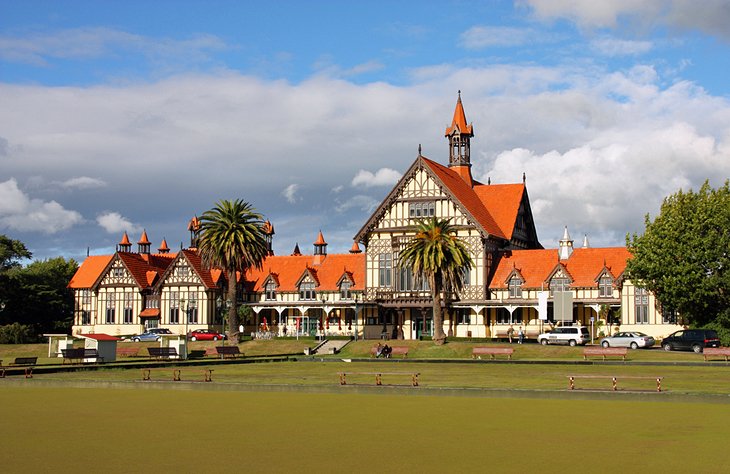 In the middle of quiet city gardens, the museum is located on the banks of Lake Rotorua, an old Tudor-style ornate building that now contains the Rotorua Museum, and inside a series of permanent exhibits tell the story of Rotorua’s cultural history from pre-Europe to the present time The museum vault offers a look at the building’s origins in 1908, and fascinating ethnology exhibits extend to the Pacific residents. 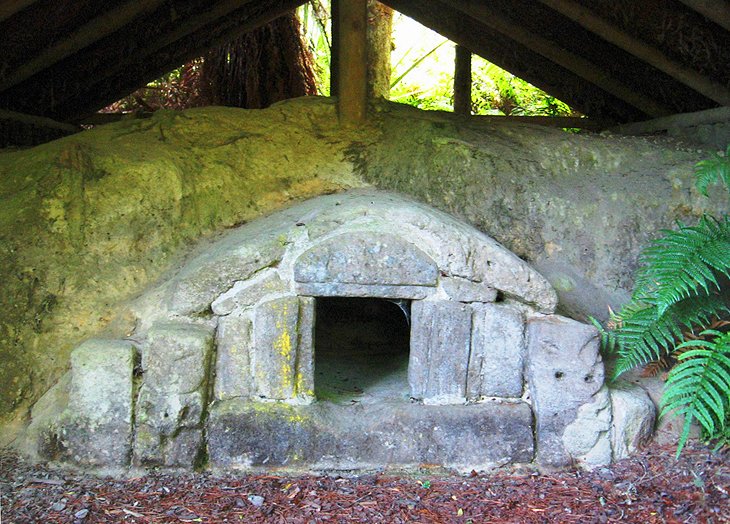 Amid the steam holes and hot pools of the Maori geothermal area in Rotorua, the Maori village in Whakarewarewa, which welcomes the Tuhourangi / Ngati Wahiao tribes to visitors to experience the culture and heritage of the Maori people, guided tours of the village include performing Haka (and other traditional Maori songs) By Te Pakira Cultural Group and look at how locals use geothermal energy for cooking and heating. 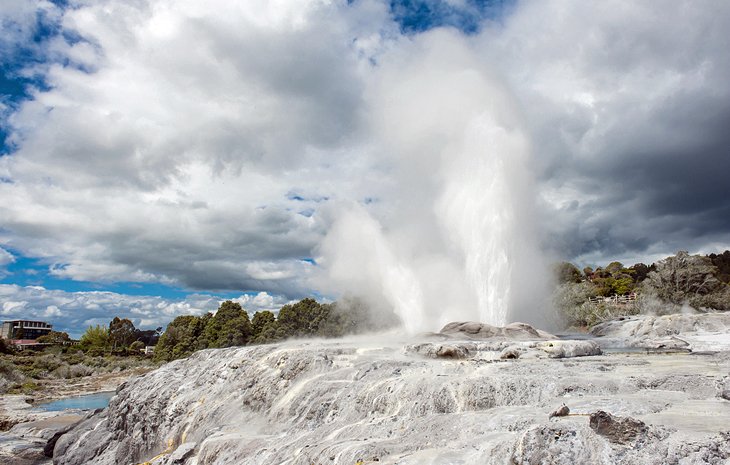 Including many masterpieces of geothermal energy to explore, Pohutu Geyser is the largest spring in the southern hemisphere and sprinkles water up to 30 meters in the air in volcanic eruptions that can last for days on end (one eruption lasts for 250 days) and But it will likely last for a few minutes, and another hot spring is located near the hotel, which is also characterized by regular, albeit smaller, eruptions, in addition to the sparkling mud baths in the area. 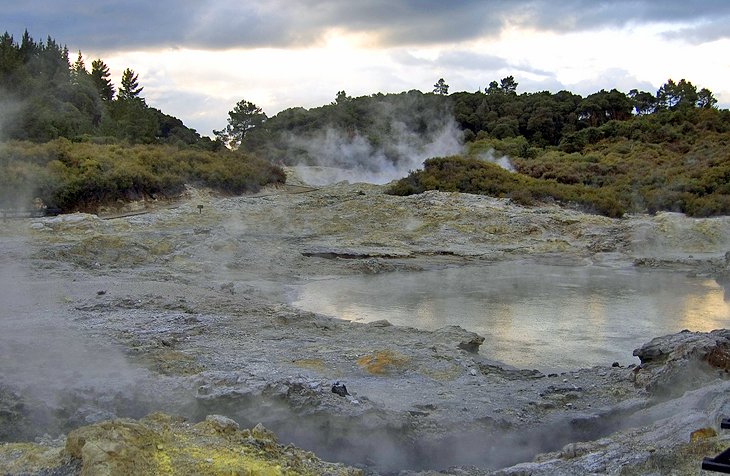 It is located among 50 acres of thermal activity, and includes a waterfall in the southern hemisphere and some of the most active hot silt, and Kakahi waterfalls were once used for bathing by Mäori warriors with cascading rolling water on rocks at 40 ° C constant. 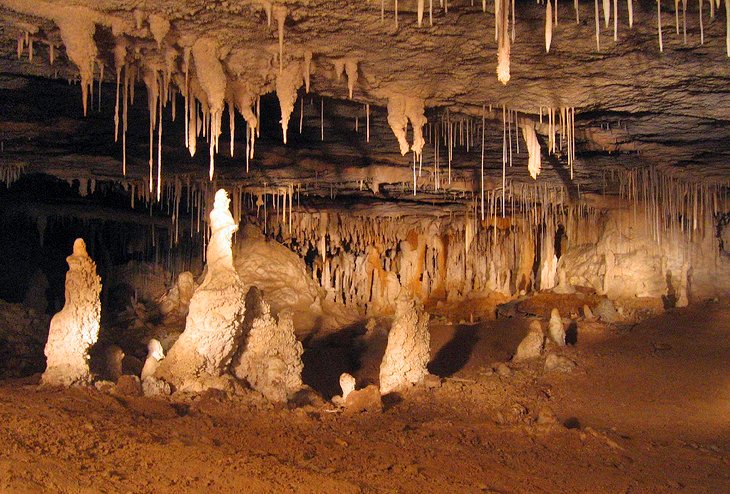 Waitomo Glowworm Caves is one of New Zealand’s most famous landmarks, and a deep limestone cavernous system sprinkled with huge muqarnas is home to hundreds of thousands of glowing worms that illuminate roofs and rock walls in a magnificent display of small sparkling lights, and through trips Boats (every half an hour) head about 250 meters in the corridors of these cathedral-like caves to witness the phenomenon. 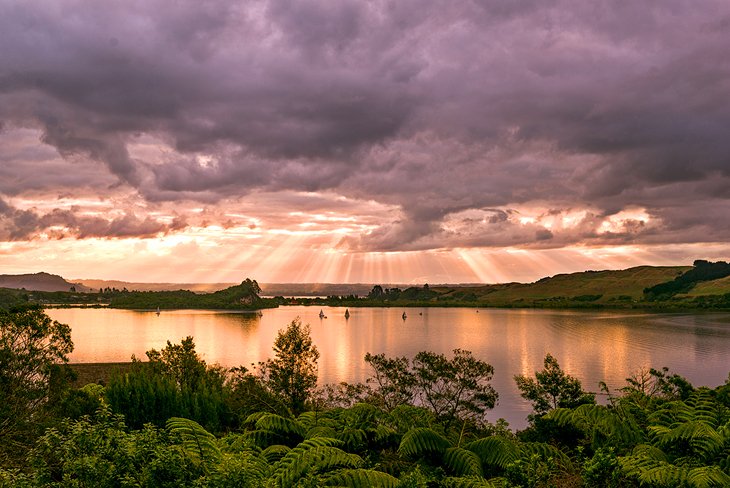 This forested reserve on the volcanic cone of Ngongota Mountain (757 meters high) has two excellent and easy paths for walking on the edge of Rotorua, and The Nature Walk offers a short walk three kilometers across the local bush with many dashboards highlighting local animals Along the way. 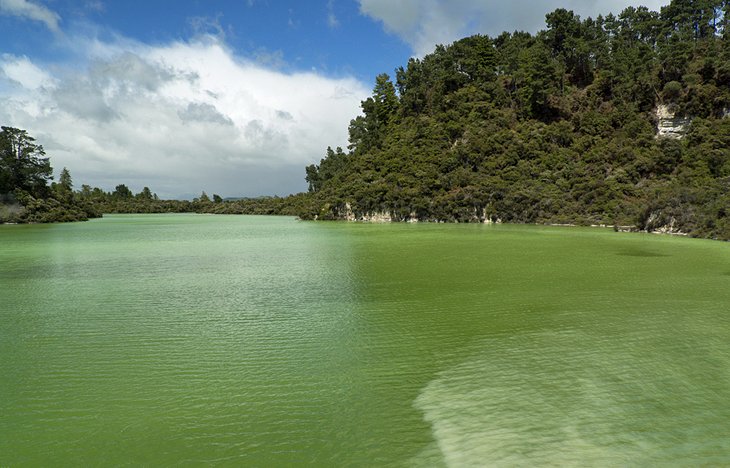 The sacred island of Mokoia is a wildlife sanctuary important to some rare New Zealand endangered and endangered birds. For the local T Arawa Maori tribe, this island located on Lake Rotorua is steeped in ancient myths and is the place to be a Maori love story for the intersecting Hinimawa and Totaniki lovers, and includes tours Accompanying guides on the island are opportunities to learn about local bird species such as kiwi, cocoa, and carpets. 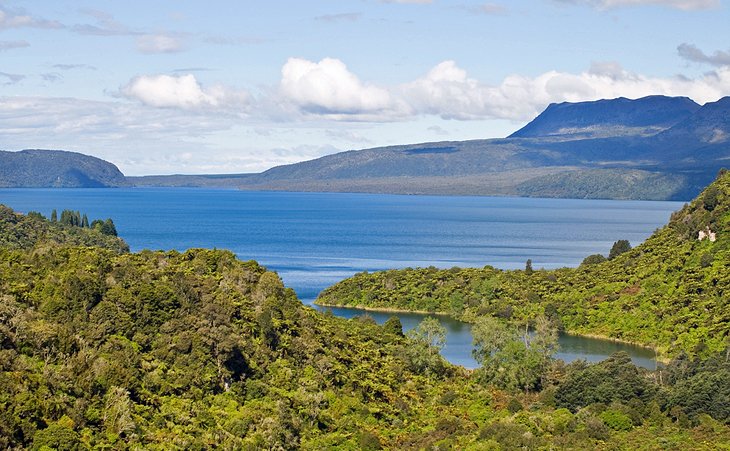 Tarawira Trail passes on the mountainous coast of Lake Tarawera for a distance of 15 km to see panoramic views of green areas of the countryside and sparkling lakes, and riders can set up the camp in a camping ground along the road, but it is also an excellent day tour to experience the landscape in the lake areas around Rotorua, the path ends at Te Rata Bay (also known as a hot water beach) where a natural hot spring flows into the lake. 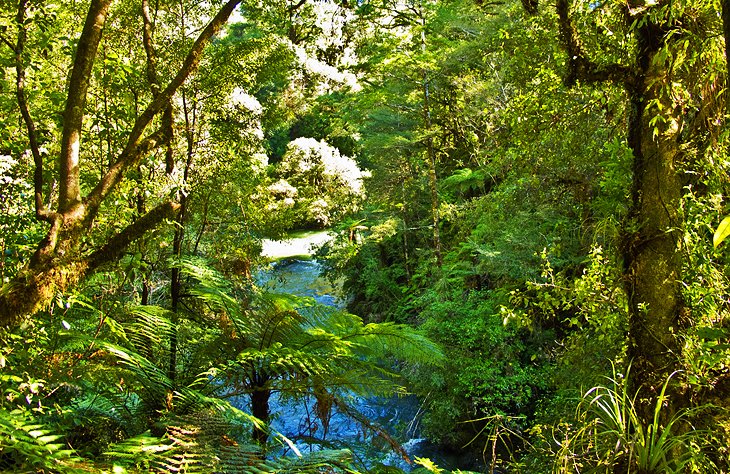 This protected area is one of the most popular national parks on the North Island and a beacon for hikers, a camp for some, and mountain bike drivers, and the Wirynyaki Forest Park covers 55,000 hectares of New Zealand’s biodiversity rainforest with dense ferns and high canopy Of Remo, Kahikata and Totara trees.