Tourist places in Spain Madrid is what we will address in this article, as the Spanish capital Madrid is distinguished for its cultural and historical treasures and famous tourist attractions, and one of the most important features of its buildings with wonderful architectural design that includes distinctive cafes and restaurants, as well as the splendor of its atmosphere in the summer, which makes the atmosphere in the summer, which makes Many tourists prefer to spend their summer vacation there, and through the following article on Arab travelers we will show you the most important tourist places in Madrid.

It is the main national museum in the state of Spain, located in the center of Madrid, and it includes many collections of European art, as it contains 2,300 paintings, a number of prints, drawings and statues.
Watching the sculptures at the Del Prado Museum, one can get acquainted with the origins of Western art and the creativity of the West in it, in addition to enjoying watching a collection of rare pieces made of crystal and porcelain, as well as jewelry and gold artifacts.
The museum also contains a collection of distinctive paintings such as beautifully painted 3D, as well as several works by famous artists such as Francisco de Goya, Heronimus Bush, Diego Villas Keys.
Museum entry prices:
14 euros per person, and if you want a guide, 23 euros are paid.
The dates of visiting the museum:
All days of the week from ten in the morning until eight in the evening. 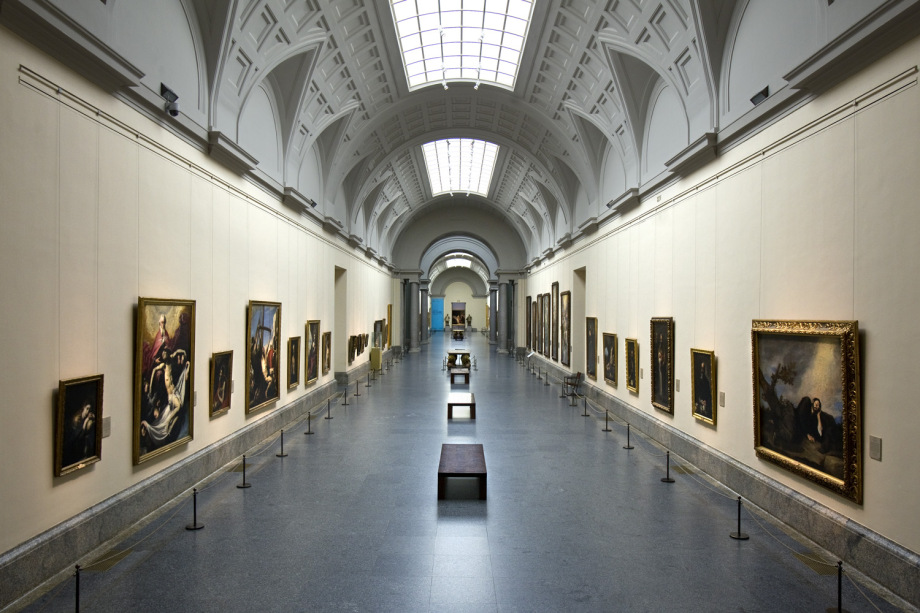 It is one of the most popular places in Madrid, with a garden area of ​​1,400 km. It is located in the heart of the Spanish capital. It was established in the late nineteenth century and was designed in the Gothic style.
The park is famous for containing more than 15 thousand trees, in addition to the oldest tree in Spain, which is 400 years old and it is a cypress tree, in addition to a group of wonderful flowers, beautiful fountains, green trees and a wonderful artificial lake.
The park includes a number of ancient monuments such as Velazquez Palace and Retiro Palace, and throughout the year the park organizes exhibitions, art exhibitions, book fair, fireworks and celebrations.
Garden visit times:
In the summer from six in the morning until twelve at night, and in the winter from six in the morning until ten in the evening. 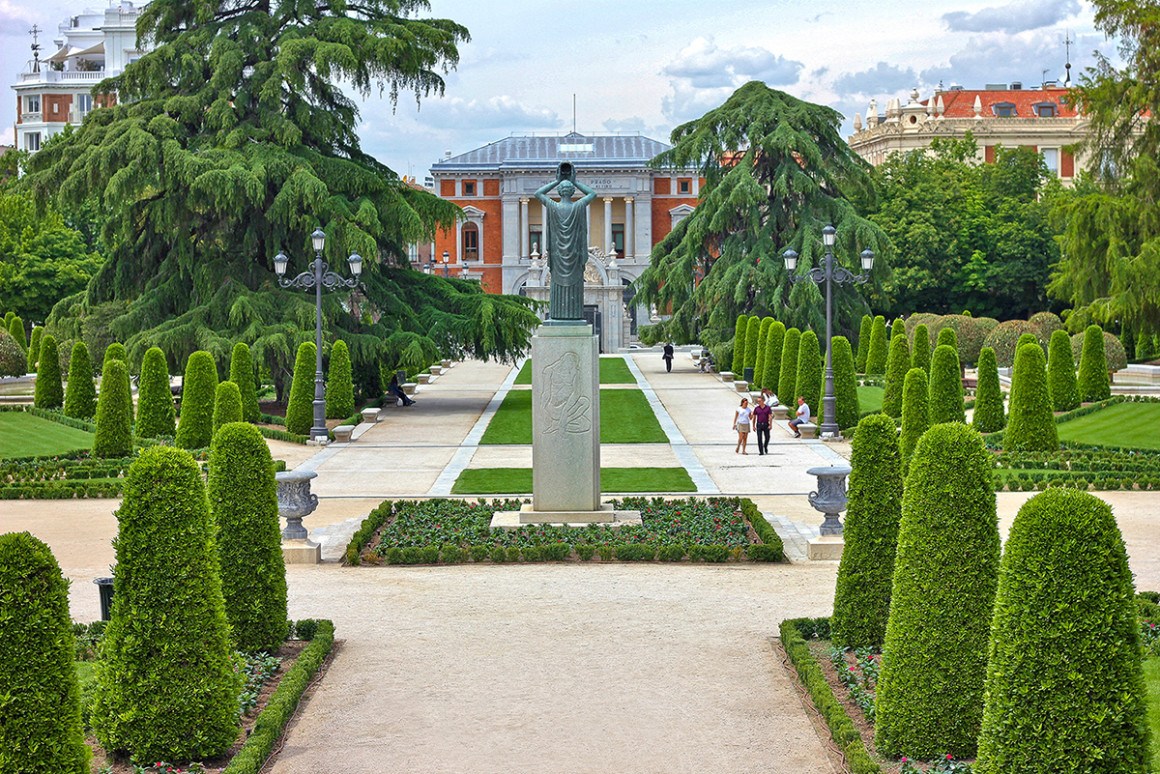 It is also called the grand square, and it is one of the largest squares in the state of Spain. King Philip III created it in 1617 AD with the aim of carrying out its executions, and then it turned into a yard for wrestling.
In the center of the square, the visitor will find a statue of King Philip, overlooking about 136 houses and 4,377 old terraces. Official and traditional celebrations and cultural and local festivals are held there, surrounded by ancient religious monuments.
The square contains a number of restaurants that serve traditional Spanish meals, in addition to the Casa de la Bandaria Palace located in the south of the square, and there are skilled portrait artists to draw visitors. 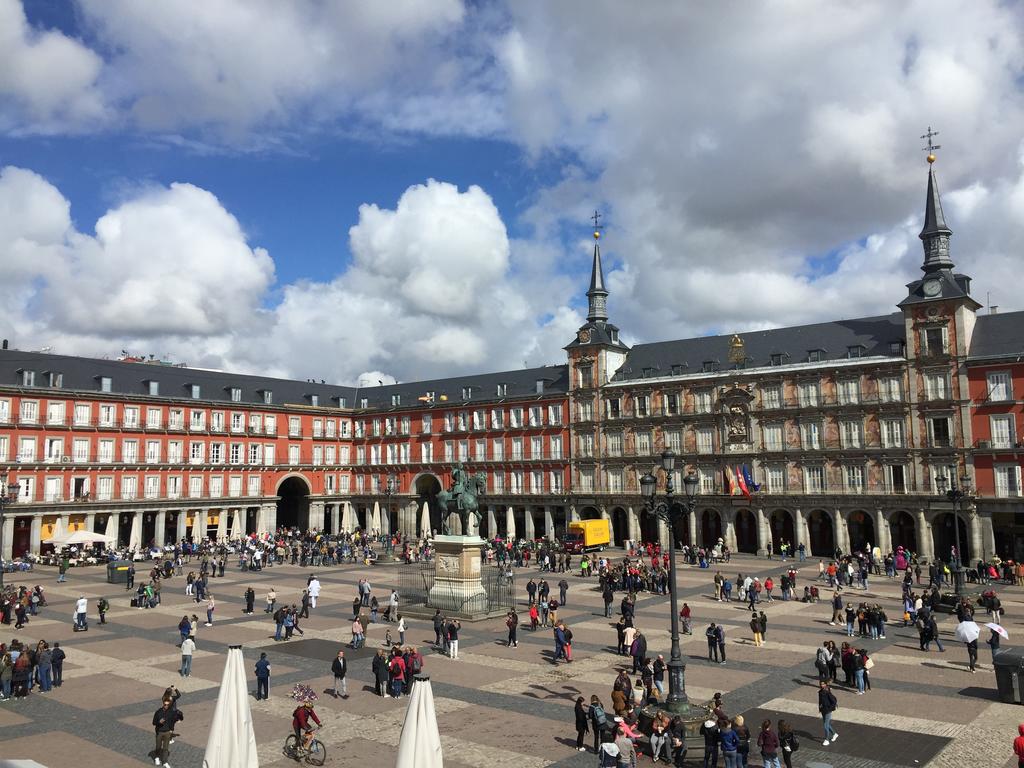 Or what is called the Great Street, which is one of the most important streets in Madrid, and the goal of designing the street in the past was to link the square of Spain and the portal of Callao, and during the civil war in Spain the street witnessed many conflicts and political and economic changes in the Spanish capital.
The street includes several shops selling valuable souvenirs, as well as the Clau Square, which contains about 6 adjacent cinemas, so it is considered the official place for cinemas. 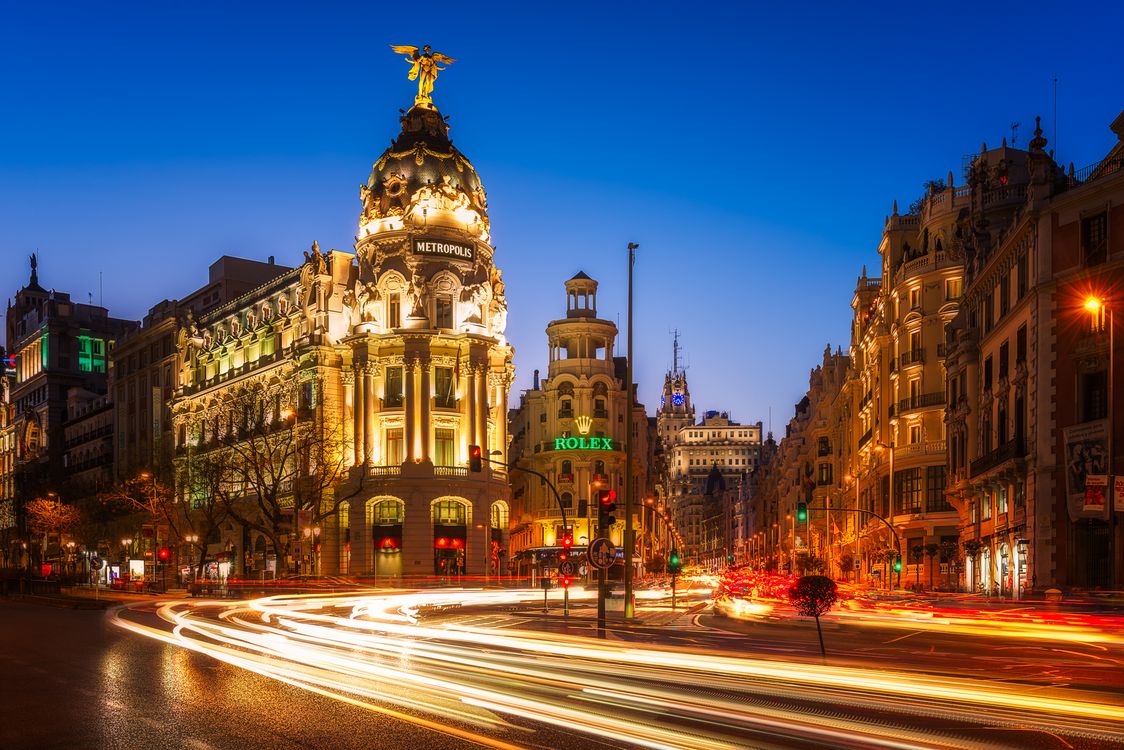 It is one of the most beautiful and largest palaces built in the whole of Europe, and has an area of ​​about 135 thousand square meters, and is located in Pailin Street in the western part of Madrid, and the palace was the official residence of the royal family in the state.
Tourists are keen to visit the palace due to the fact that it is one of the most important tourist attractions there, where it is possible to identify the ancient Spanish civilization, through the decorations on the walls of the palace, luxurious silverware, furniture and various statues. The palace also includes the Military Museum or the famous Del Brady Museum, which contains all Types of ancient weapons.
Palace entry prices:
€ 8 for visitors, and free admission for children under the age of five.
The dates of visiting the palace:
Sunday and Monday from nine thirty in the morning until six thirty in the evening. 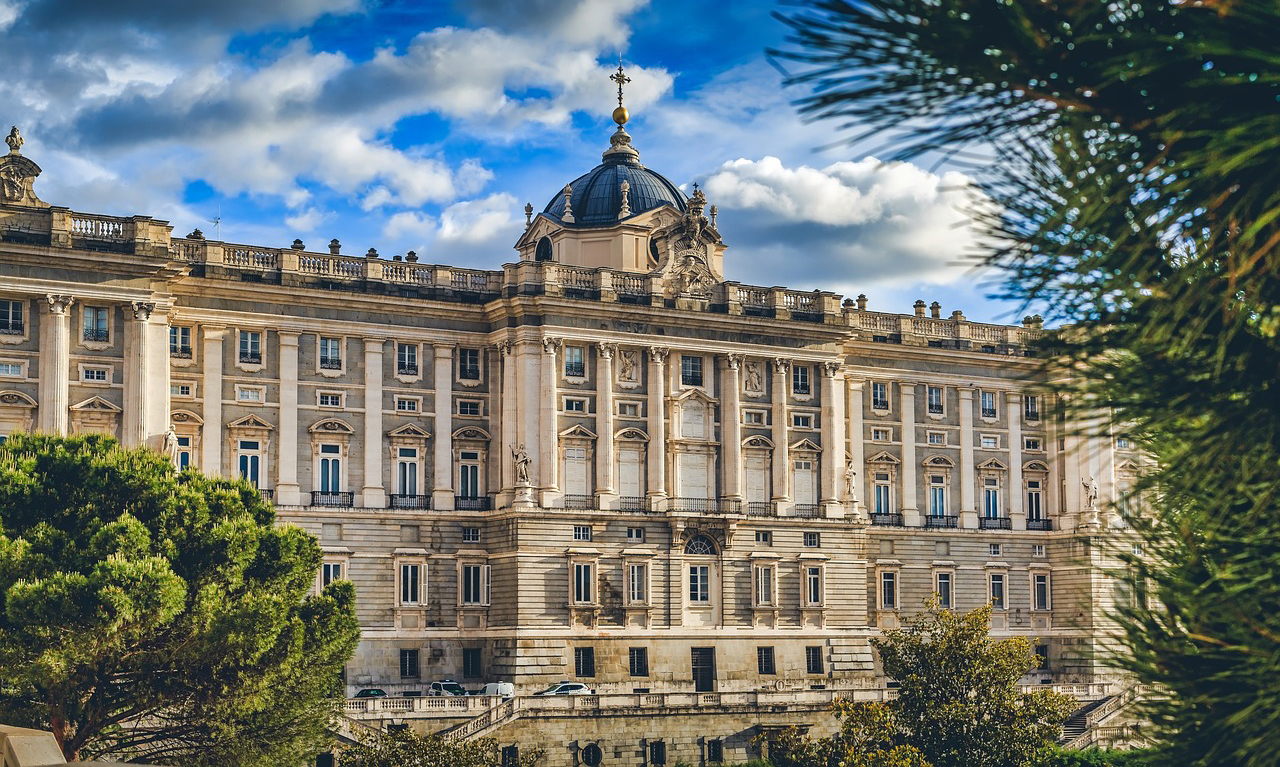 These gardens are part of the royal palace, and they have been established in the formal neoclassical style, and the garden includes a pond and statues around it a number of trees and fences well cut in a wonderful engineering shape.
The statues in the garden refer to a number of Spanish kings, and this park is characterized by a charming natural atmosphere and picturesque beauty, and in it seats were reserved for visitors away from the noise, and held many cultural events and concerts.
Garden entry dates:
Everyday from nine in the morning until nine in the evening. 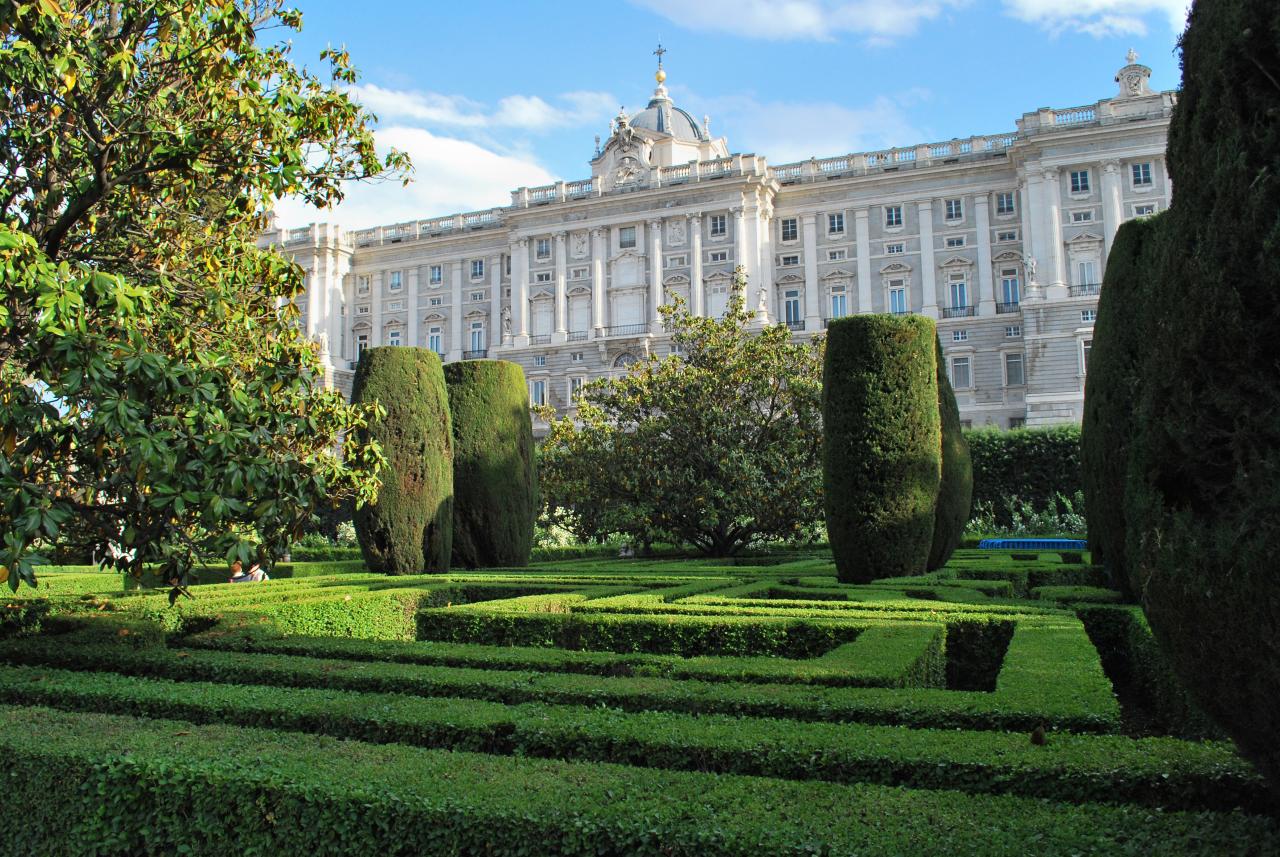 A guide to the most beautiful Dubai theme parks

In pictures, a list of the most beautiful places of tourism in Indonesia