The most dangerous land trips ever! 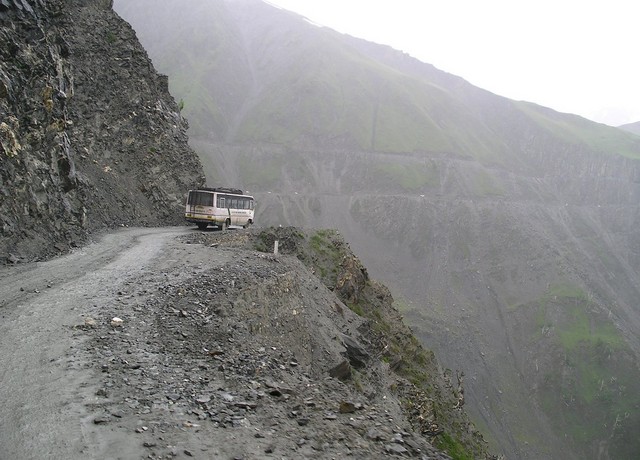 The “Zugilla” path is considered the vital nerve of the city of Leh and the region of Ladakh, and a means of communication with the outside world, and it is located at a high elevation of 11,575 feet (3.5 km), which causes drivers to recite the prayers while crossing this path through which any wrong move or any Deviation by an unprofessional driver that pushes your car down the slopes, or crashes into the rock walls that border the narrow road on the other side, along with fears associated with landslides, slippery weather conditions, heavy military traffic, or heavy traffic congestion. 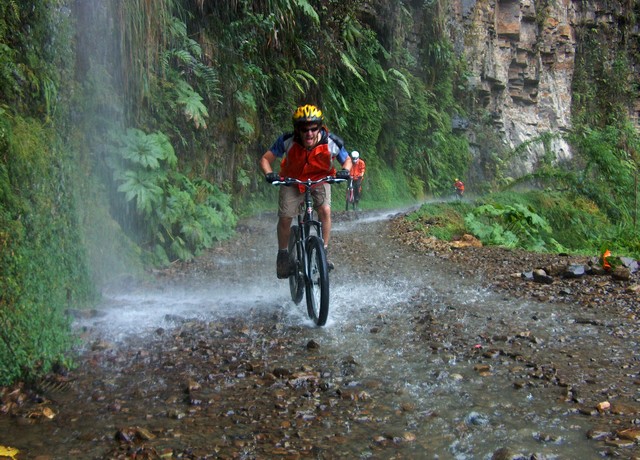 The path of death in Bolivia

The Inter-American Development Bank previously announced that the path of death is the “most dangerous road in the world”, and the road still carries this characteristic to this day. The village of “Coroeko” in “La Paz”, which will give you unlimited fun. 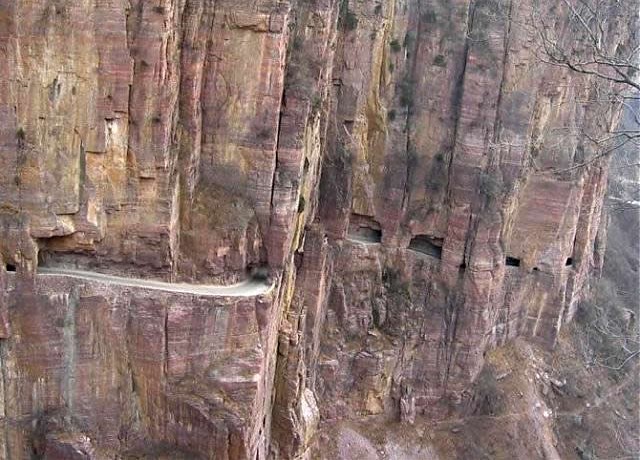 Chinese villagers built the “Guliang” tunnel in Henan Province, China, using simple hand tools. It is a scary mountain road. It stretches 1.2 kilometers at the edge of the Taihang Mountains, and contains many sudden sharp turns and frightening open edges, which earned him the title of “the road that cannot tolerate error.” 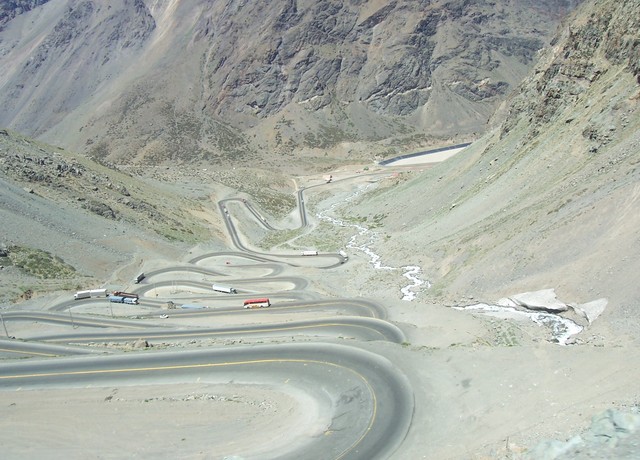 Road 5 is one of the longest stretch of the Pan American Highway, and its massive 3,364 km stretch is characterized by extreme isolation, poor condition, and the enchanting landscape of the Chilean Peninsula. The usual thick fog, climatic changes and the Chilean “Atacama” desert will make your enjoyable journey a challenging journey, especially the stretch between Arica and Iquique, which makes Route 5 one of the most dangerous travel routes. 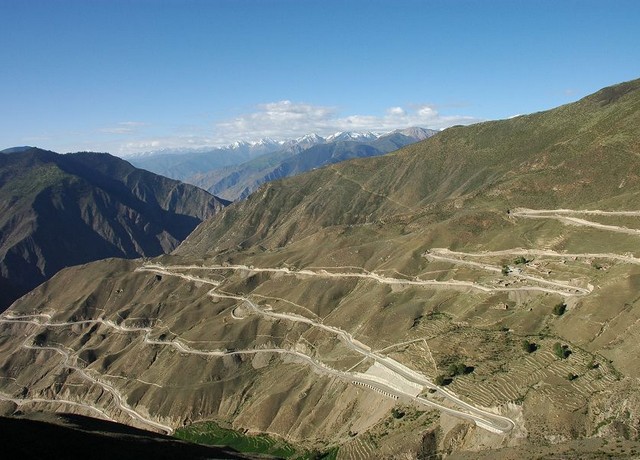 The Sichuan Tibetan Highway gives you a lot of excitement, as you can travel on a winding road 2,142 km from Chengdu, the capital of Sichuan Province in the east, and up to Lhasa, the capital of the Tibetan Province in the west, through fourteen high mountains and dozens of rivers and a forest Old, and many dangerous areas. However, the magnificent landscape and Tibetan culture make this trip a worthwhile trip. 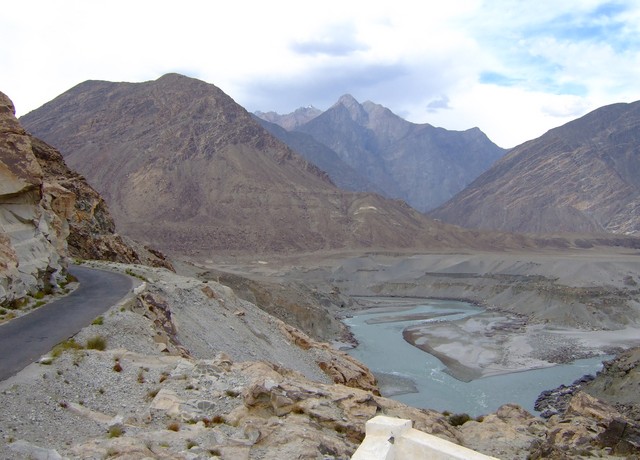 The Karakoram Expressway is a joint project between Pakistan and China aimed at recreating the historical extension of the “Silk Road”, but frequent and unpredictable floods, landslides and severe weather conditions cause some of its parts to disappear. So the trip offers stunning views of the wonderful narrow lanes, mountain lakes and glaciers, plus an additional danger: the danger of losing a life. 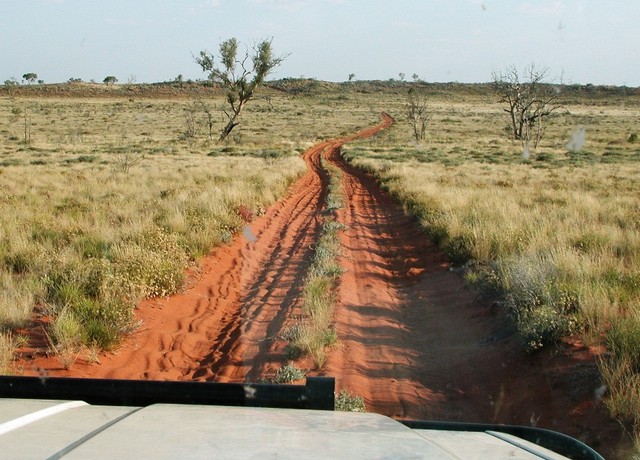 The “Cunning Stoke” dirt road crosses the vast remote areas of Australia, and is now famous for its safari trips on four-wheel drive vehicles and adventurous adventures in remote Australian areas. Be careful, the region is free from any trace of human civilization, and your journey may turn into a struggle for survival due to the high temperatures, isolation, drought and scarcity of resources, in a distance of 1,900 km between the towns of Willona and Halls Creek. 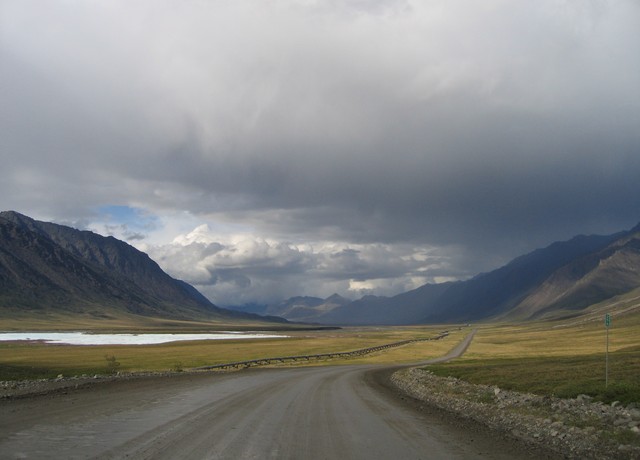 James Dalton Highway in the United States of America

The James Dalton Highway, also known as the Dalton Highway or the Alaska Highway 11, is one of the most isolated roads in the United States of America, as it starts from the city of Fairbanks in the north and ends in Deadhorse near the Arctic Ocean and Gulf oil fields Produ. ” This road is known for its harsh driving conditions, especially during the winter when heavy snow covers the entire road and winds blow to it. The Alaska winds are very cold, in addition to poor lighting conditions, sudden climate changes and the scarcity of the population, which makes this trip difficult. 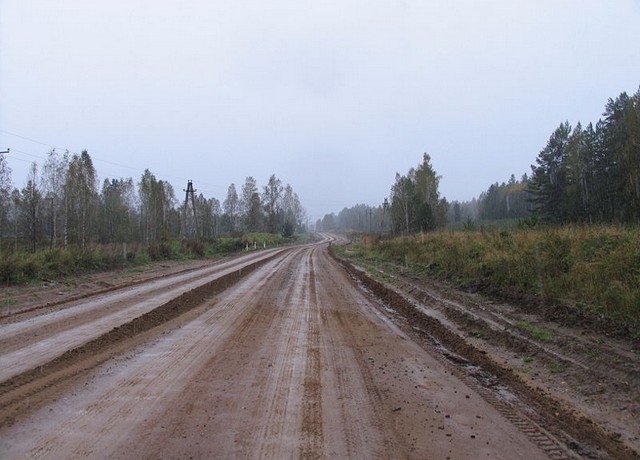 The Trans-Siberian highway is a vital vital road for remote areas of Russia, but the government does not show enough interest in its maintenance because this is practically impossible, and therefore driving on this highway is an adventure because of its distance, heavy rain, very cold temperatures and snow. And some parts of this highway are just a dirt road that is crossed by icy spots or clay ornaments.

“Disneyland”; the happiest spot on the face of the planet